Have you ever thought about what dimensions the world’s biggest chandelier might have? Can you imagine a 58-meter long chandelier? It does exist. In Jumeirah Bilgah Hotel in Baku, Azerbaijan. 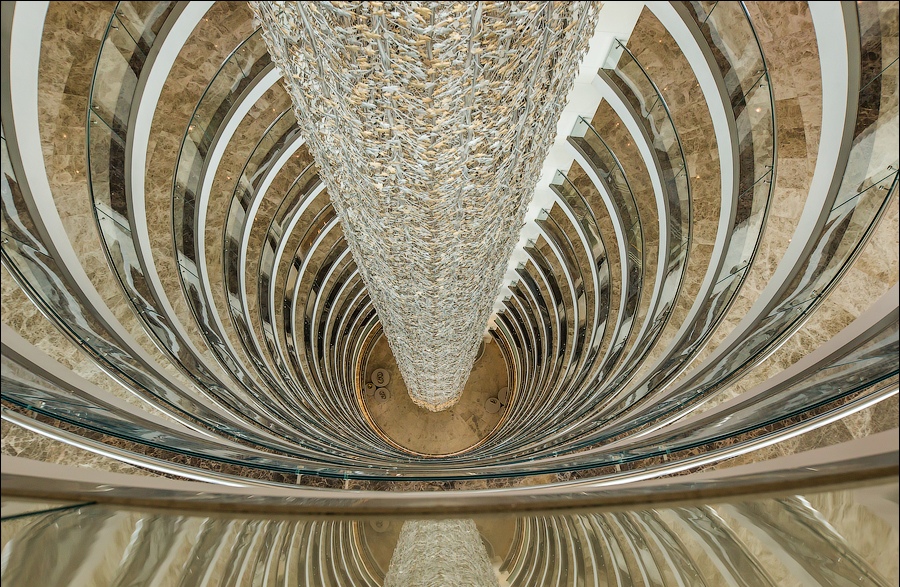 It runs through 18 floors of a 20-storey hotel building and weighs about 12,000 kilos. This incredible construction took 6 months to assemble. It’s hard to picture the process of bulb installation and there 75 000 of them! 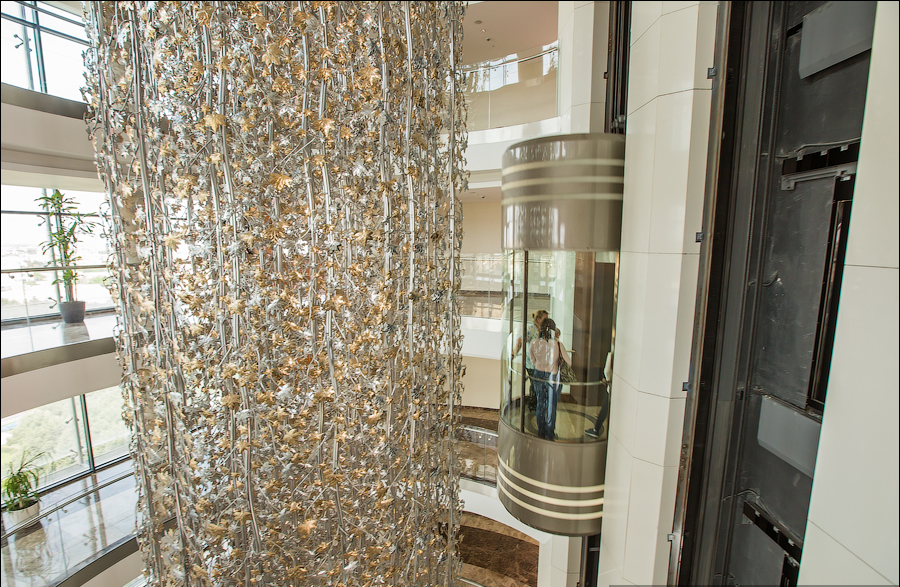 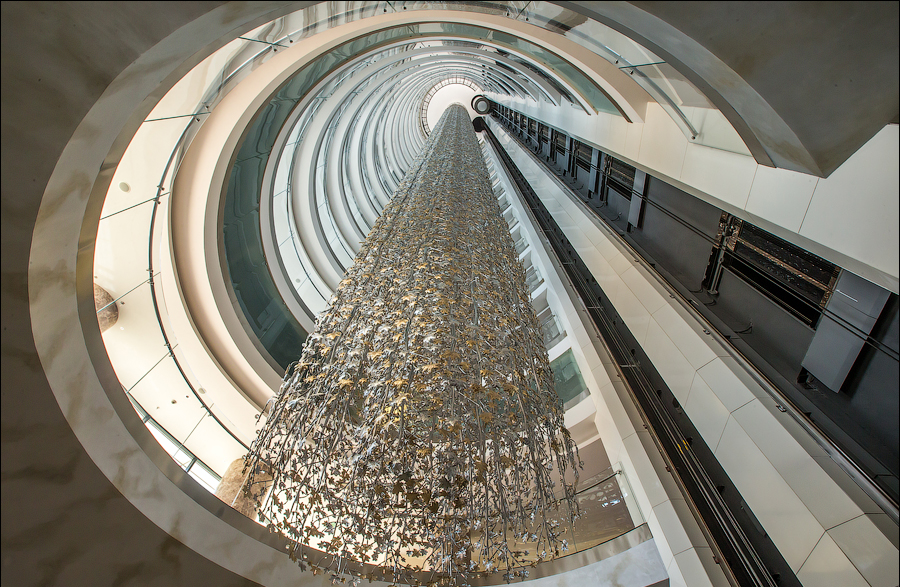 The chandelier is decorated with silver and gold and looks really impressive. 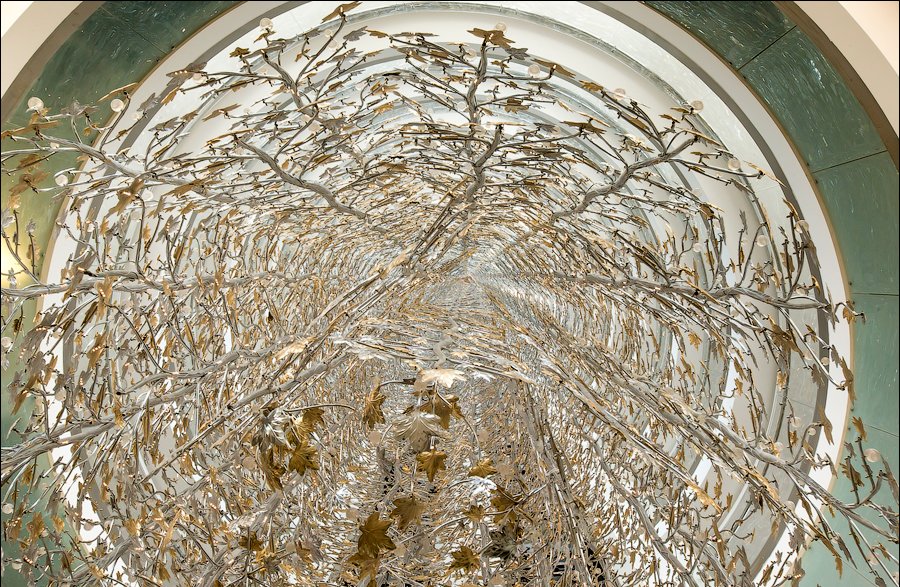 It’s worth mentioning that the hotel has already applied for a Guinness World Record Book, but so far officially the world’s largest chandelier is “Flow Reflective” from Qatar. Its length is about 39 meters and it hangs between two skyscrapers in the city of Doha.Yes, you heard right, the chandelier is installed outdoors and can be admired by any passerby on the embankment of the Qatar capital!

The entire construction weighs 18 tones and comprises of 165,000 bulbs! No wonder that it took 2 years to assemble it. The framework of the chandelier is aluminum, and the décor is clear rock crystal. 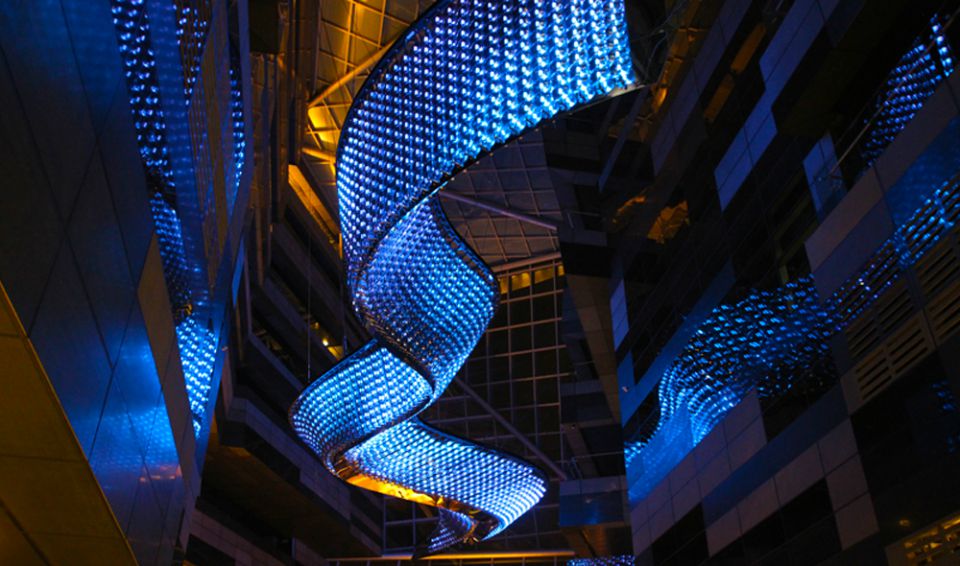 The bulbs are energy-saving, of course, and were especially designed by Japanese engineers. Thanks to the unique technology, they can give light for several decades without being changed! In order to control the proper work of 165,000 bulbs there is a special system of electronic sensors.

The cost of the chandelier is kept confidential.