What Kitchen Color is the Most Favorite in the World? 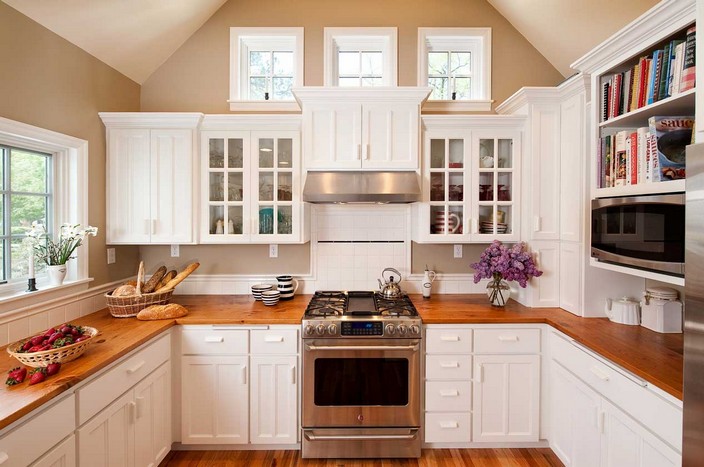 You must have heard about the existence of the so-called “national taste” concept, which has a certain influence on interior designs in different countries of the world. A group of designers decided to check whether this concept works in kitchen interior designs. How did the experiment work? People of different nationalities were offered a number of kitchen interior images with different color palette: they had to pick up one and describe their choice and personal experience in the comments.

Maybe you won’t believe this, but the majority of people from 9 different countries picked up white. Let’s see why!

“I love kitchens which are not only clean, but also look clean. That’s why my kitchen’s predominant color is white – walls, ceiling, flooring and smooth cabinet surfaces are white”, says juliehanna59 from Great Britain.  “But my tabletops are oiled oak, and the cabinets have the same oak frames – this adds warmth. Also I picked up a rustic aged oak table as a contrast to all of this smoothness”. 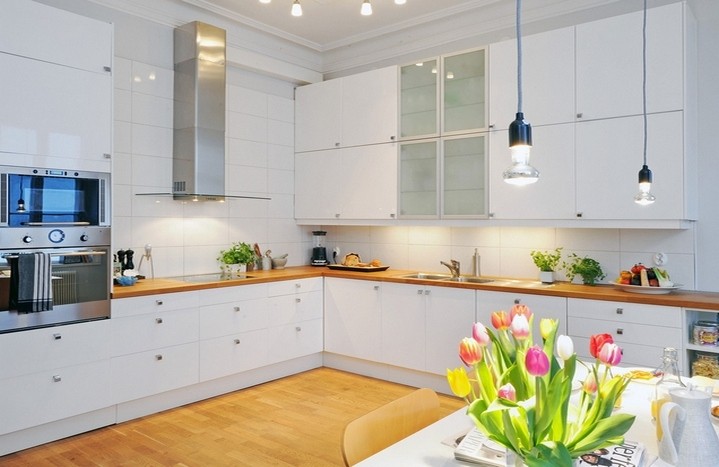 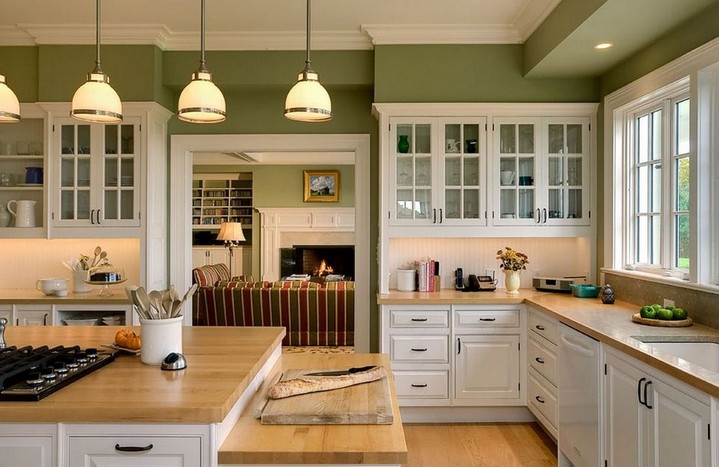 In Germany white is valued along with other neutral basic colors because it’s “evergreen” and always up-to-date. Common people believe that fashionable colors of kitchen sets for winter 2016-2017 are made for interior design magazines only. In real life kitchen is designed for many years and must be timeless. A German user also remembered his last vacation in a rental house, where the kitchen was turquoise. He said he felt “tired and exhausted” of it in three weeks already. 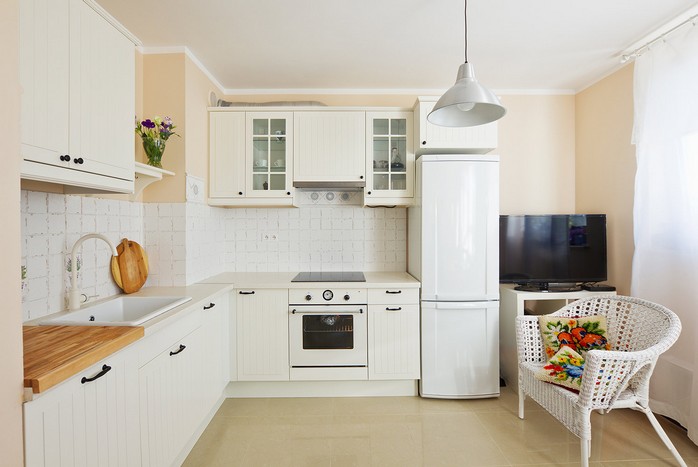 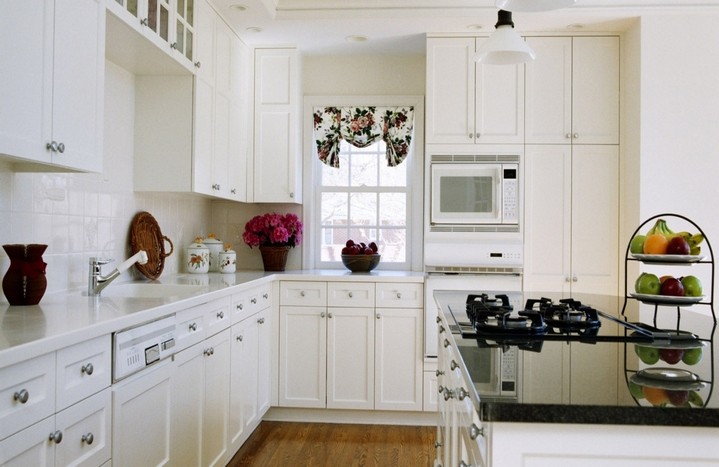 Many people have emphasized that white was selected by them as the background color, but it absolutely needs to be accented with warm or bright splashes. 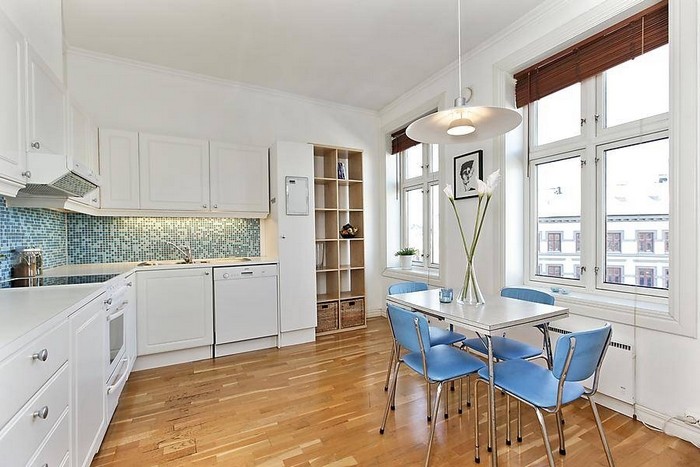 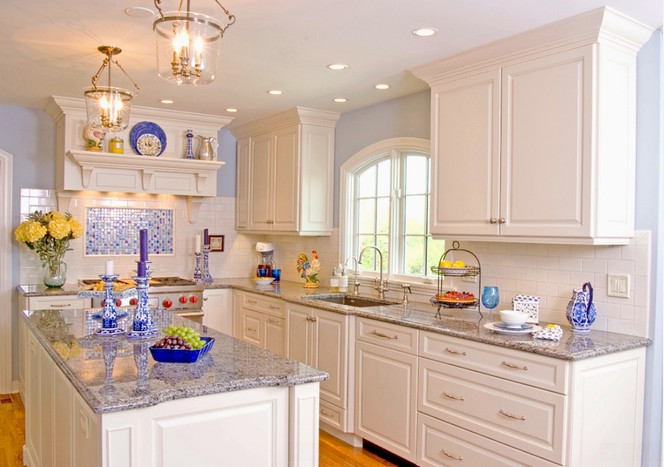 Users from Italy confessed that they like white because it’s associated with hygiene and cleanliness. And their national passion for saturated colors can expressed by means of colorful domestic appliances and accessories. «Our room is very small, and white kitchen cabinets proved to be a good choice. As an accent color we used lime green – our refrigerator is lime and a few accessories on the wall as well”, says magica_trilli from Italy. 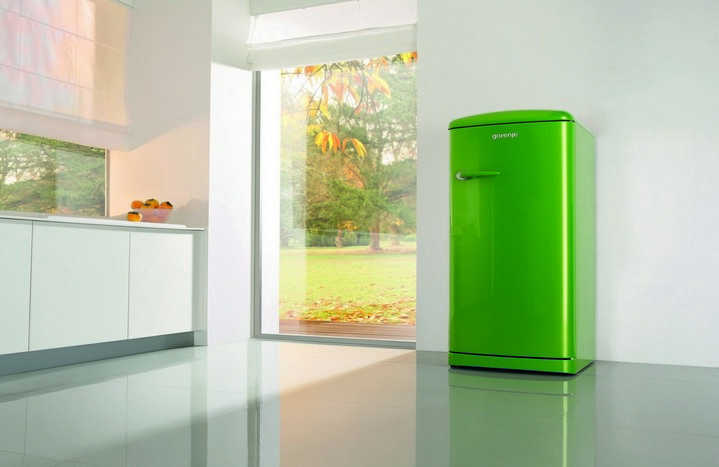 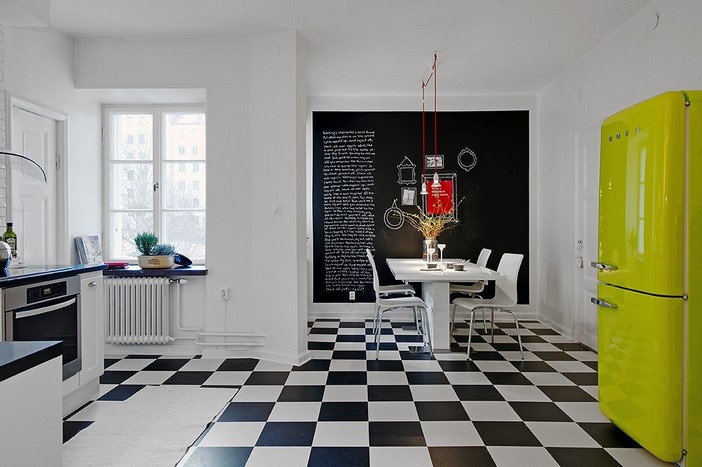 Spanish users love white for the sense of light it brings to the room. “My kitchen is white”, says Carmen from Spain. “White tiles, white furniture, gray marble flooring. It gives very much light. I remember the assembler telling me that it will get dull and boring with time. But fortunately time had no impact to my kitchen. It’s 17 years old and still looks up-to-date. During these years so many new materials were discovered, and frankly speaking I might have changed something. Maybe I won’t use wall tiles. But white color would definitely remain!” 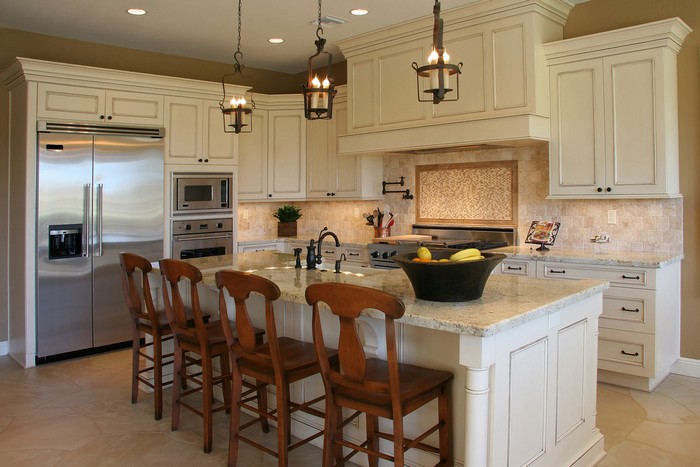 According to the comments, Spanish people frequently combine white with contrasting elements: gray or black flooring, dark tiles and furniture. They believe that the latter adds elegancy to the kitchen interior design. 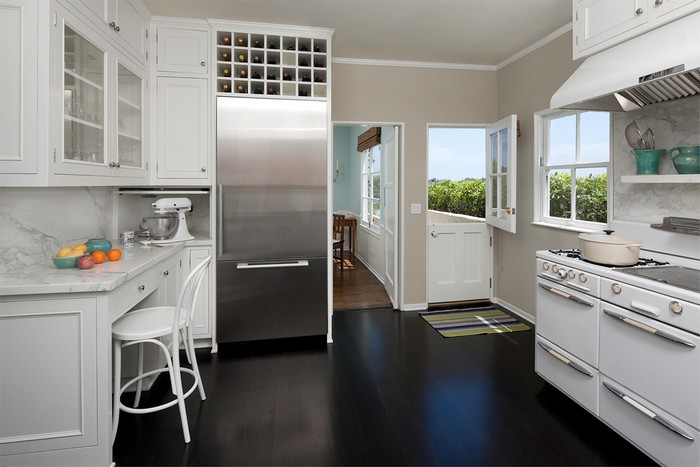 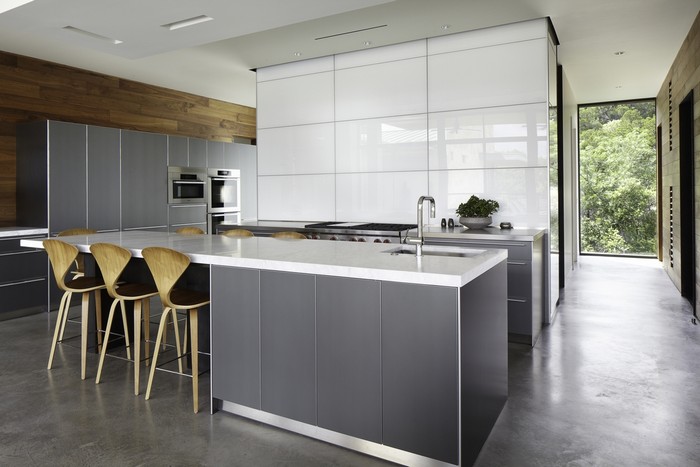 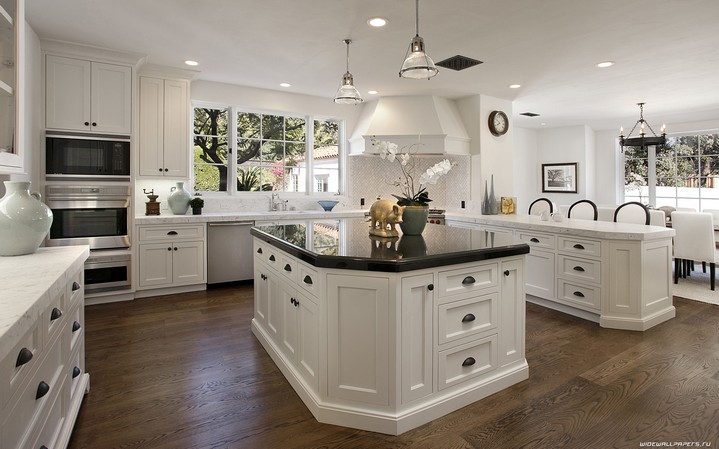