Today we will continue the story of a unique entirely glass house situated in a Russian forest. In the previous post we spoke about its architecture and philosophical background, and now we’ll move on to its lighting system. It deserves a separate article and you’ll see why. 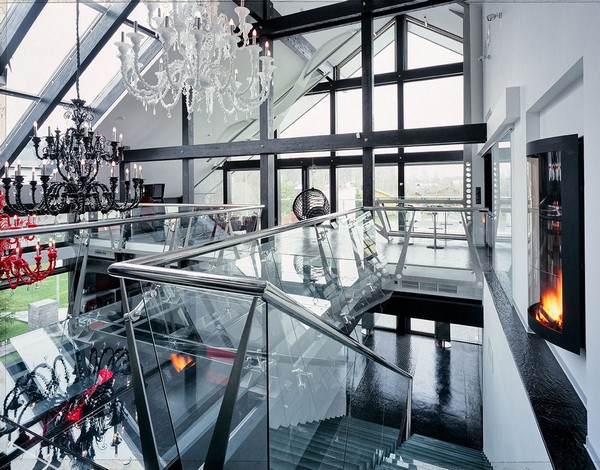 Natural light plays one of the key roles in this designer project. Its primary objective was to use its thermal characteristics to the greatest extent possible. Literally the sunlight had to come into the house in way, which would prevent overheating of the building and would fill it with as much light as possible at the same time.

Many associated factors might have got involved into overheating, turning the unique house into an awful giant greenhouse. Shadows of the tree line, movement of the sun in the sky and 80 sq. m. of glass roof – all that had to be considered in the project.

It was not, however, the only problem the architects and designers faced. In this project lighting was expected to perform three important functions — thermal, diffuse and the task to make the most of daylight hours.

Elements of artificial lighting became vital sculptural components of the entire interior, which looks quite “ascetic” in general. A group of grand crystal chandeliers, the length of which amounts to 2.5 meters each, literally connect the space. 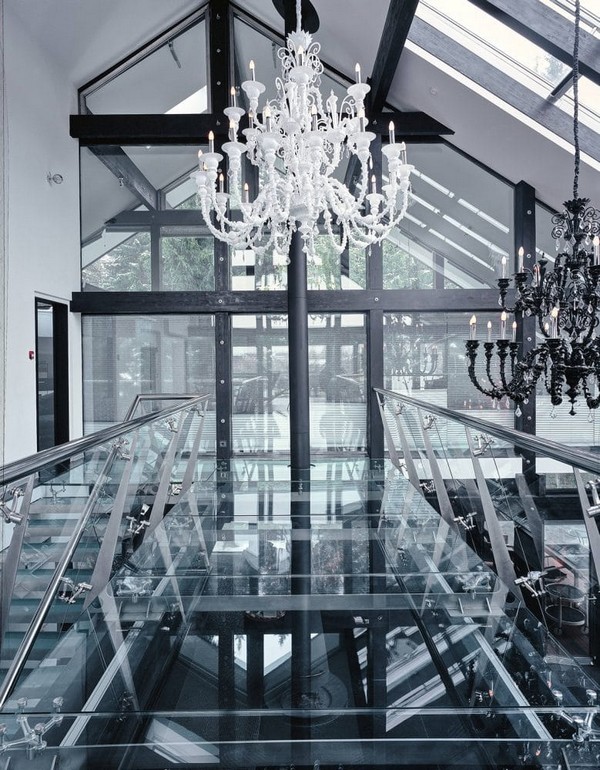 Initially the lighting system was designed as a complementary and graphical architectural component. This is expressed as follows: artificial lighting system includes both interior and exterior parts, which helped to emphasize the visual image of the house facades – the centerpiece and the spice of this project. Lines of cornices are reflected in versatile elements and this way highlight the geometrical image of the facades – pure suprematism. Thanks to illumination, concrete pylons staying apart from the building’s wall look even more “separated” and magical. 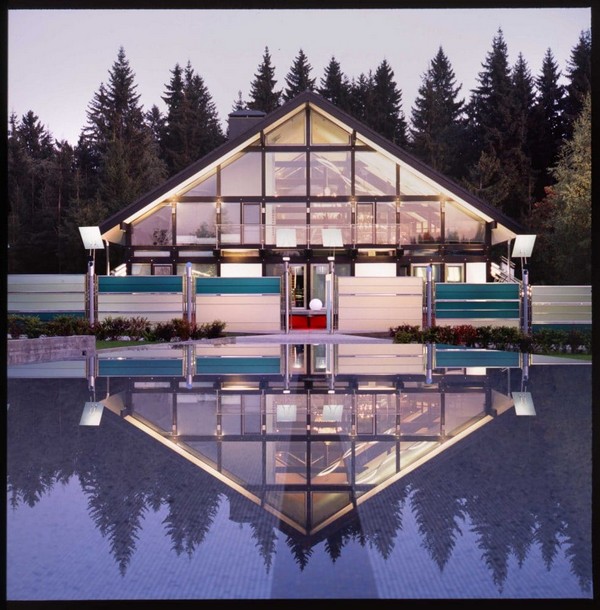 From the engineering point of view, we can’t but mention one more important role of artificial lighting – heating of vertical flows of water. Metal halide generates powerful infrared rays, which help to exsiccate the cornices and always keep them dry. 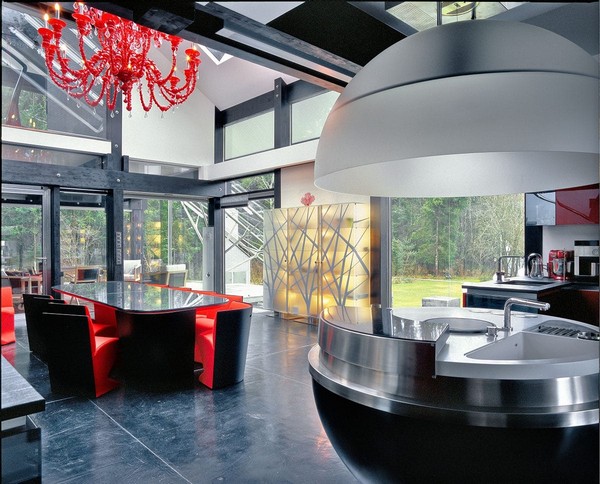 Also a few lighting fixtures illuminate the tree crowns behind the house. Like that, when the lights are out indoors, the hosts can see the forest through the house. This was especially designed for comfortable scenic family walks along numerous garden paths on the territory of the estate. 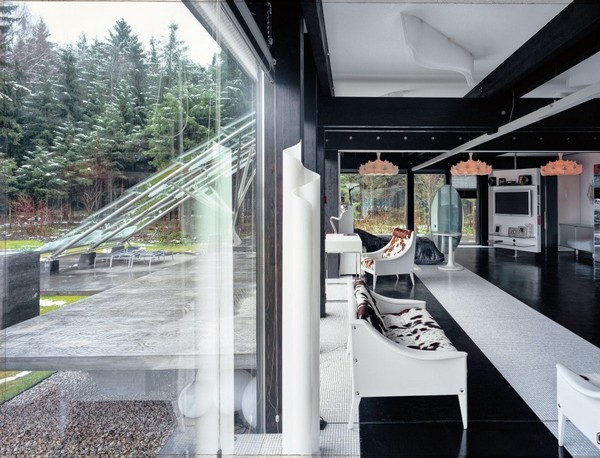