Pantone Inc. has announced the major colors for year 2017 only recently, and the British brand Farrow & Ball specializing in wall paints and paper has already launched a collection of trendy spring colors. This season designers offer to combine bright, saturated, expressive colors with delicate and pastel shades.All four colors are definitely lovely and feel quite familiar despite their pretty bold combinations. Timeless and retro-style Hay and Studio Green, invigorating Radicchio, pure and simple All White — all these hues are sophisticated and can be fit into both modern and historical interiors. Let’s see how!

In the expiring year pink played one of the leading roles in the interior décor, and in the forthcoming season we watch it getting more and more saturated and optimistic redder hues. Thanks to a complicated blue pigment in the composition of Radicchio, it’s sooner deemed as a luxurious, romantic and sensitive, rather than juicy or showy.

This color is splendidly matched with simple grayish tints — Mole’s Breath, Purbeck Stone and Ammonite, which can be used to enhance the sense of “deep interior”. For the sake of positive atmosphere, Radicchio must be dominating, while gray serves as a supplementary shade. 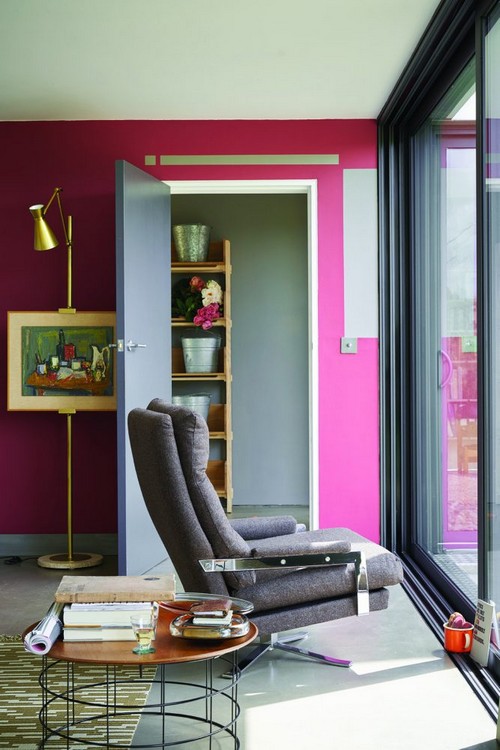 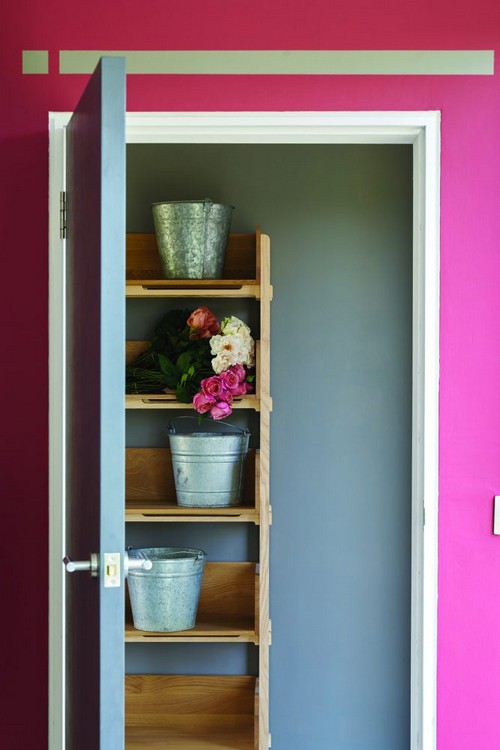 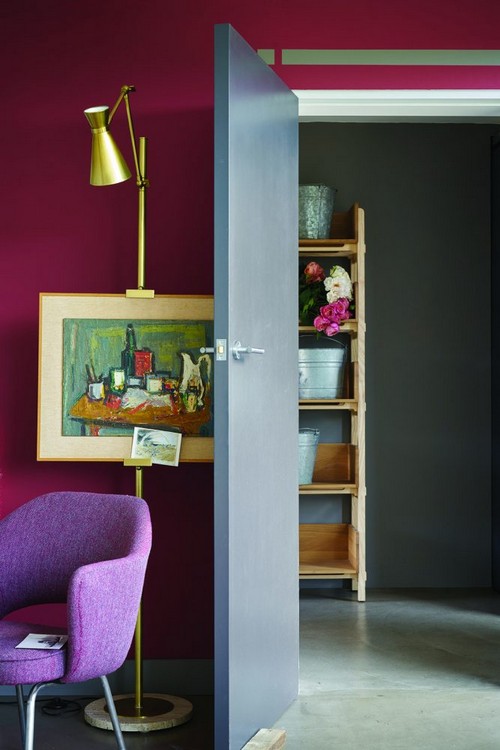 Using grayish green color instead of popular graphite seems to be pretty eye-catchy. Surely, Studio Green is sooner designed for connoisseurs than for mass consumption, but it looks nostalgic and modern at the same time.

This moderate color can look pretty natural when combined with creamy tints, such as New White, Farrow’s Cream and Pointing. Studio Green adds the feeling of coziness, safety and harmony, which is indicative of its high aesthetical and psychological characteristics. 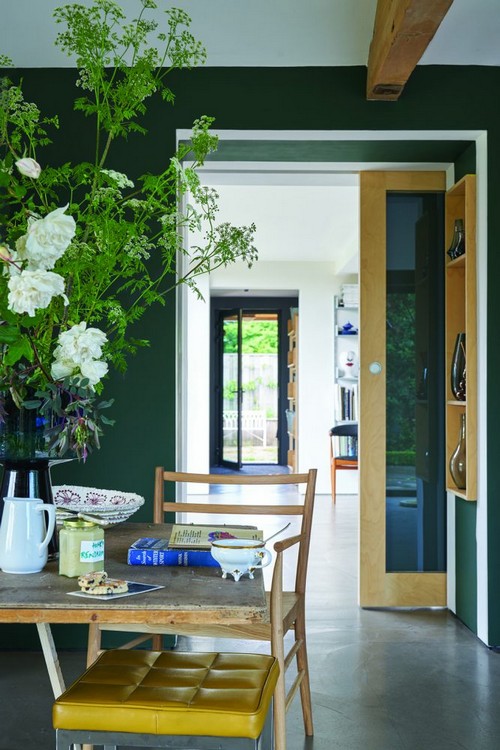 In comparison with the two above-mention colors, Hay is perceived as something soft and familiar. Its calm and even mood brings the feeling of softness to the interior, though it’s not soft, not sunny-yellow, by its nature. It sooner reminds of something vintage-style and a little bit greenish.

The best matching colors for Hay are Oval Room Blue and Setting Plaster, typical of interiors of 1950s. And delicate Wimborne White can add a hint of warmth if applied on the ceiling. Though such a color mixture seems quite eclectic, it creates a plain and optimistic atmosphere at the same time. 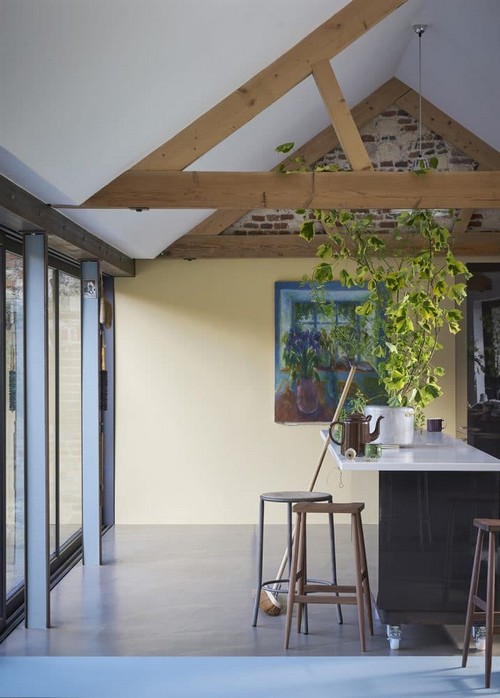 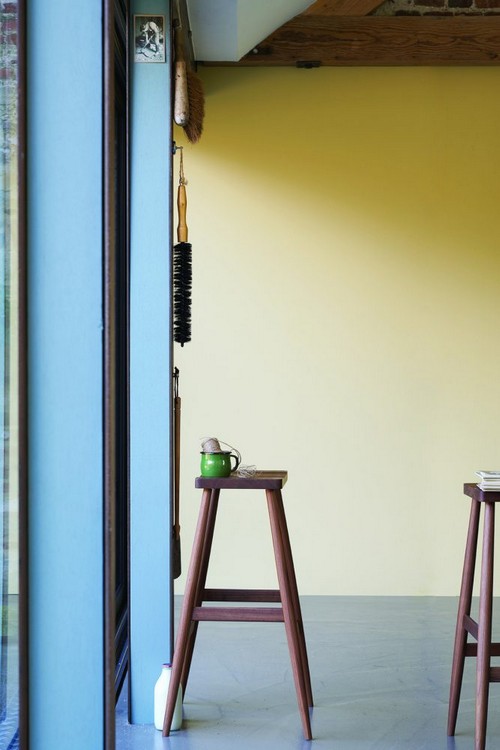 Pure white color is free from any hints and associations – All White doesn’t include any pigments and creates a laconic and fresh interior. By mixing a few hues of white, designers try to obtain the sense of stillness and tranquility in their projects.

Thus, Great White, Cabbage White and Strong White can be fancifully matched with All White for arranging such exquisite ornamental accents. They are also perfect when used as a background for art, paintings and natural materials. These seemingly simple hues can add value to the interior. 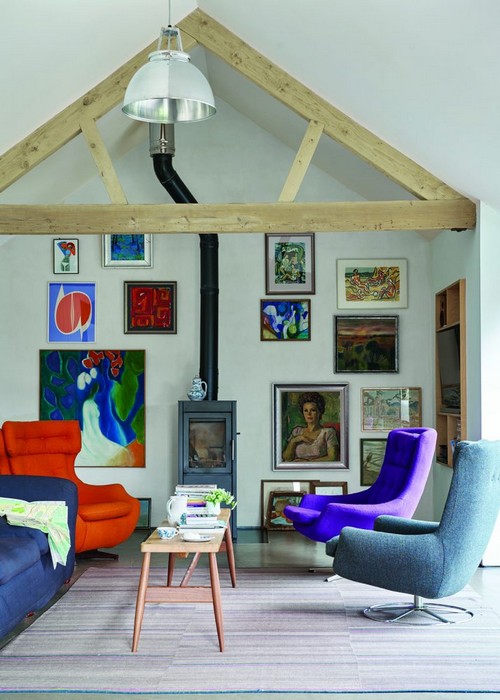 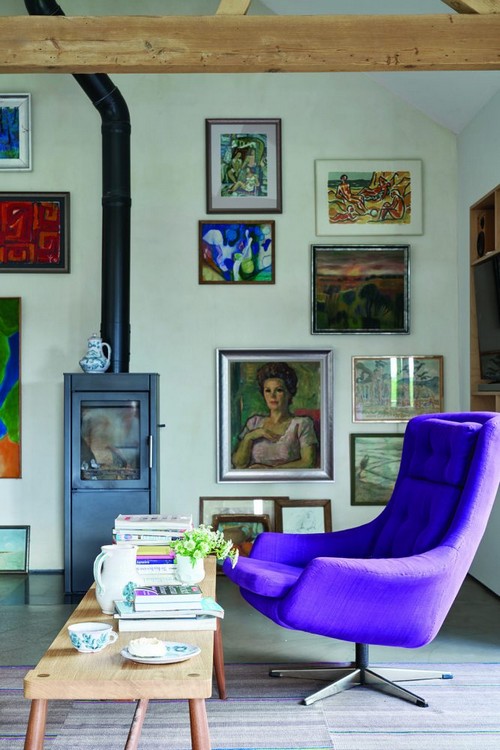