Do you know a hospital where you would like to get and spend some time? Probably, no. And we do know such a place – the interiors of this modern hospital are so amazing that people would definitely want to come back here again and start to care about their health. Let’s take a closer look! 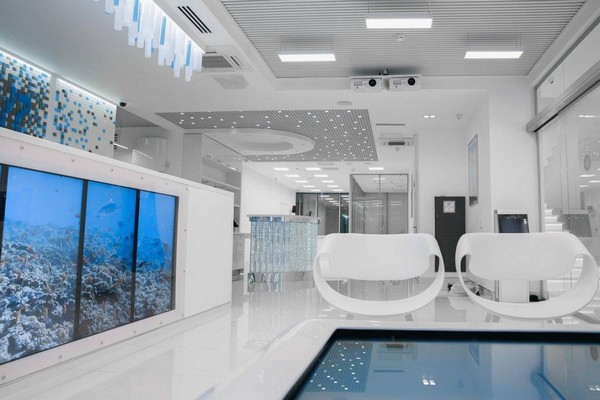 The layout was planned from scratch: all the interior walls in the building were completely demolished and the designer got a pure open space with just a few load-bearing columns. It took her 1.5 years to complete this project from a 3D-vusualization plan to real interiors. Though the designer was experienced in decorating medical facilities, she frequently consulted clinical technologists in vital interior aspects and small details.

According to her, this project was the most unique for her: it required all her memory resources to operate in a very intensive mode and caused daily, almost round-the-clock concentration. Anyway, the result is worth such an effort.

The dominating color of the hospital interiors is white. You might think that the designer’s choice is explained by traditional association of medical facilities with this “sterile” color. However, the concept is quite different – her idea was to reach the sense of airiness. Probably, that’s why she used blue as the second major color and as a key accent: it also reminds people of air, water, and lightness. 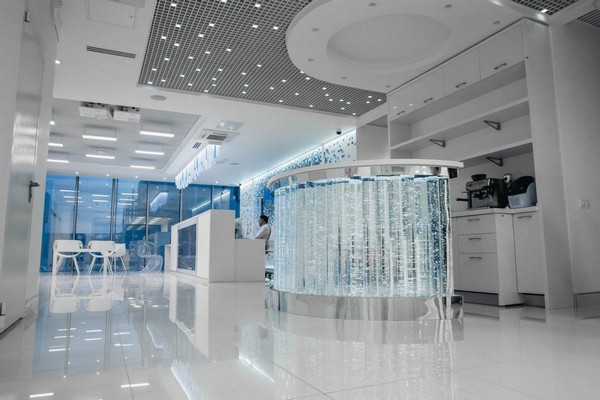 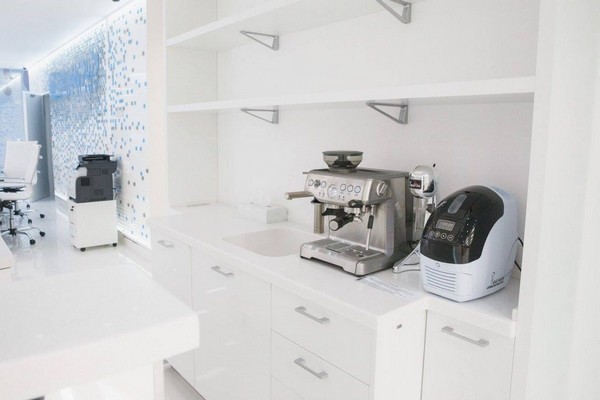 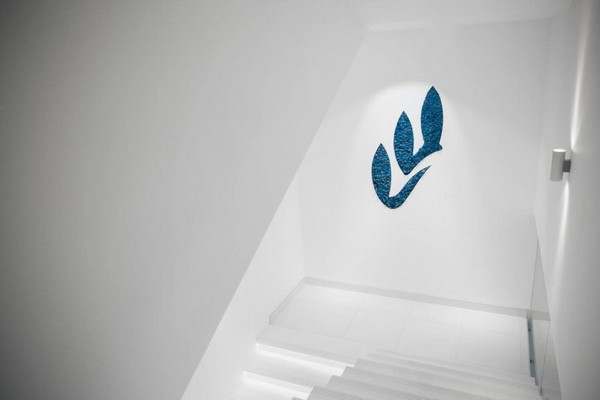 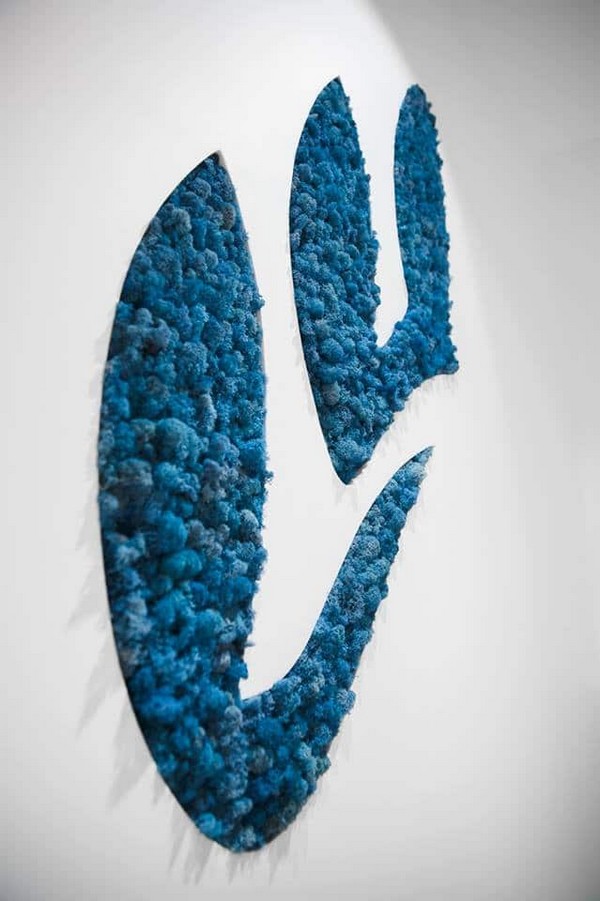 The airy color palette was enhanced by using glass as a major material. The hospital public zones are designed as roomy open spaces, while many offices are separated from the corridor by glass walls – transparent and frosted depending on the purpose of the room. 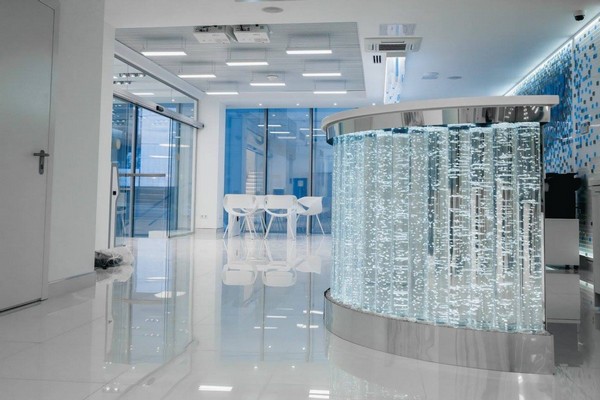 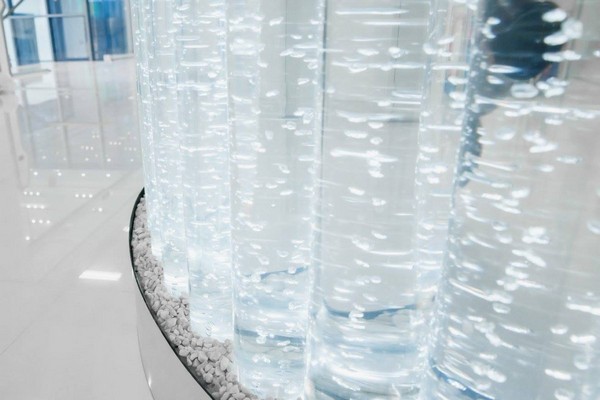 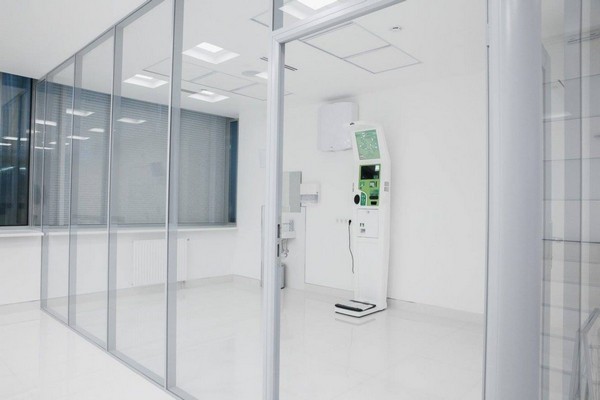 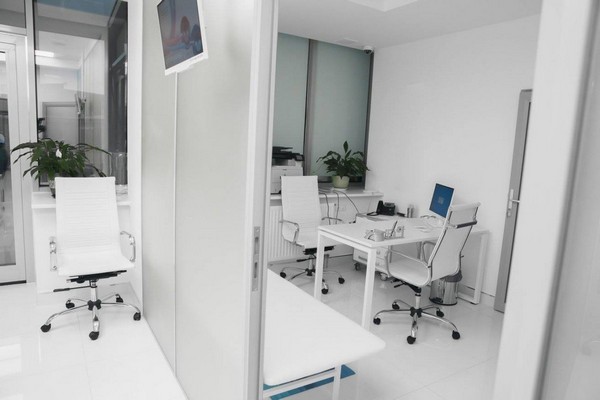 Used was also one more popular designed trick for creating the airy feeling – transparent chairs. Coupled with white arm-chairs of fanciful shapes they do not interfere with the overall light interior concept and do not overload the rooms. 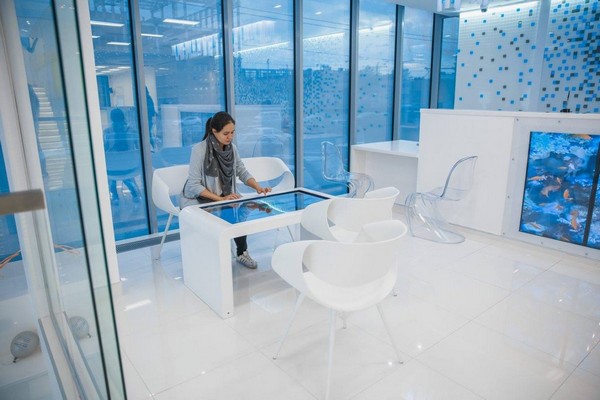 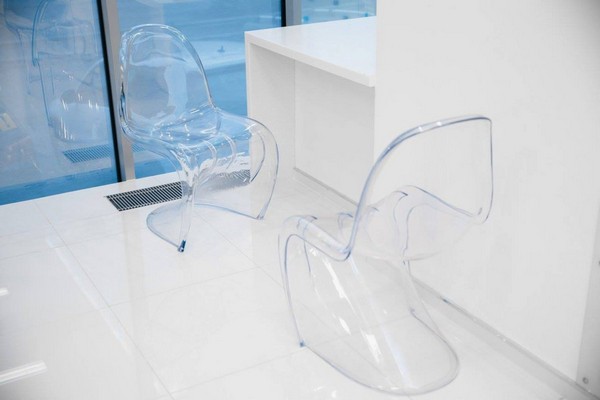 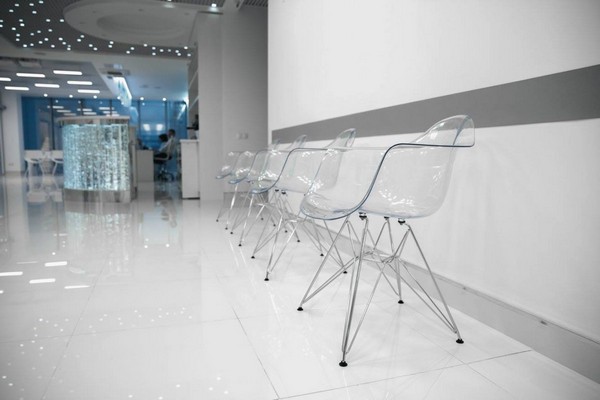 Other important airy components are a glossy surface of most finishing materials and plenty of lighting fixtures, which give a cold lighting temperature, required for medical professionals’ job, and bring even more light thanks to reflective wall and floor surfaces at the same time. 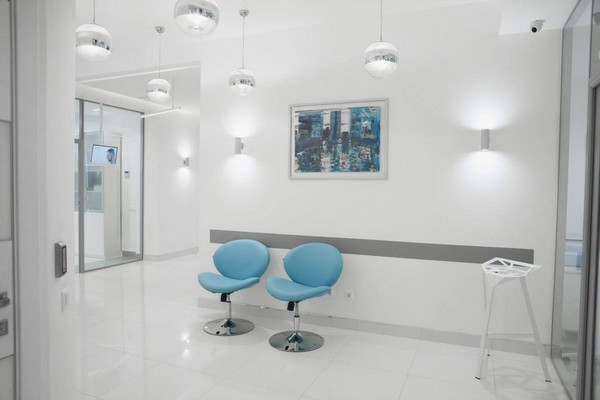 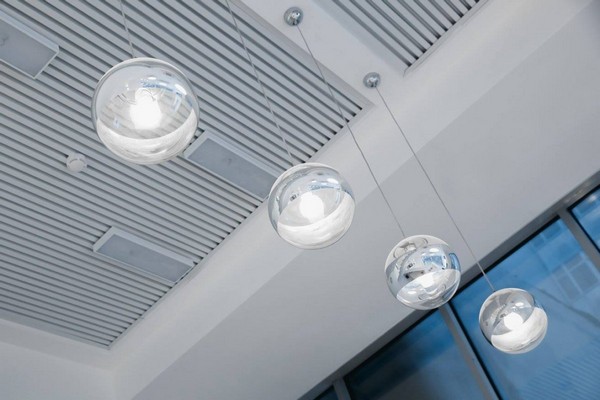 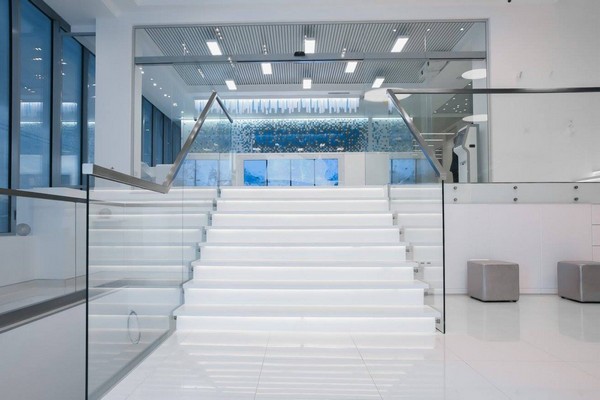 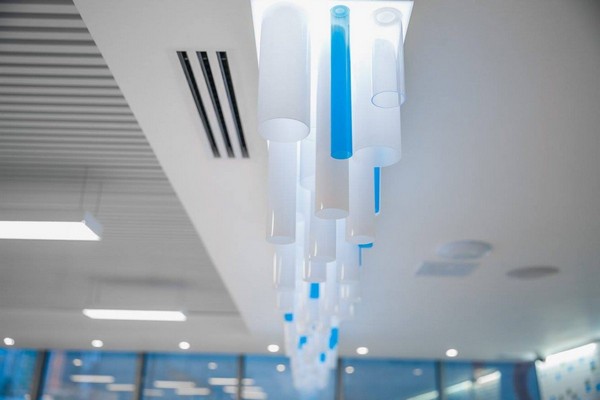 And finally, transparent panoramic windows – thanks to them sunlight penetrates into the building of the hospital all day long. Besides important decorative and mood-setting aspect, interior transparency plays here one more important role – ideological one – it creates the sense of the business transparency. The thing is that this hospital is one of the most advanced and up-to-date in Moscow, it offers many new hi-tech medical studies, including genetic research, and by means of interior concept wants to bring the idea of openness and honesty to its clients. 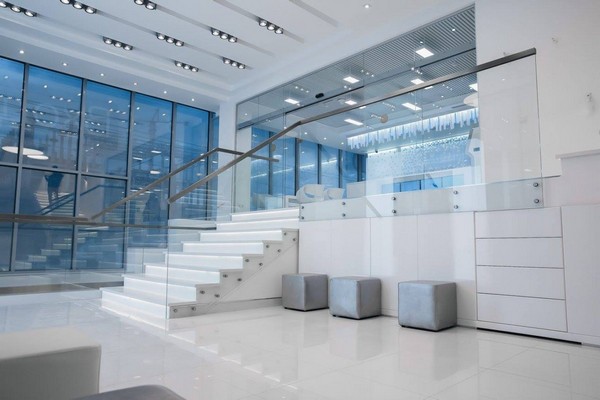 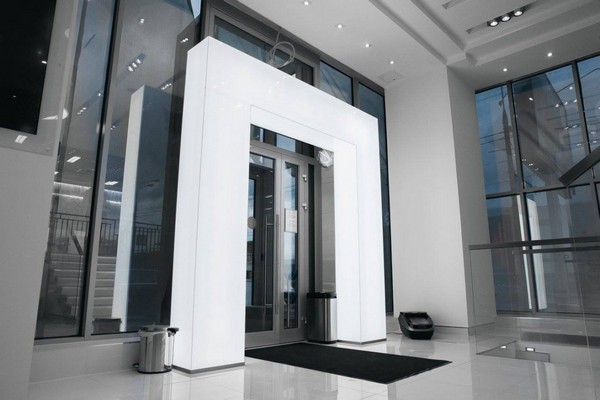 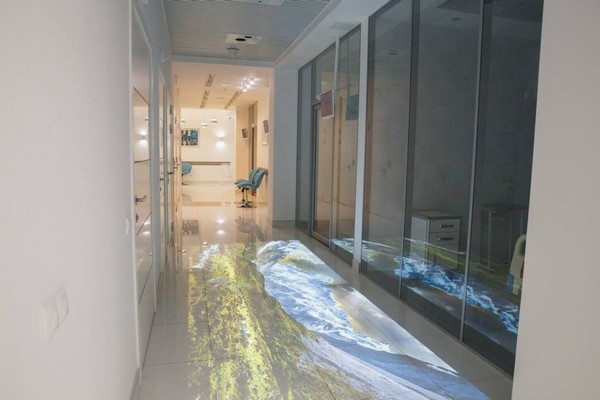