Decoration of this one-room newly-built apartment took about 6 months. Its design concept was worked out by professionals of Dmytro Aranchii Architects Studio, which specializes on parametric architectural trends. Their approach may be identified as creative and mathematical at the same time, as it combines human imagination and computer programming.

The result looks contemporary, non-cluttered and quite functional, with plenty of modular furniture for storing the stuff. Let’s take a closer look! 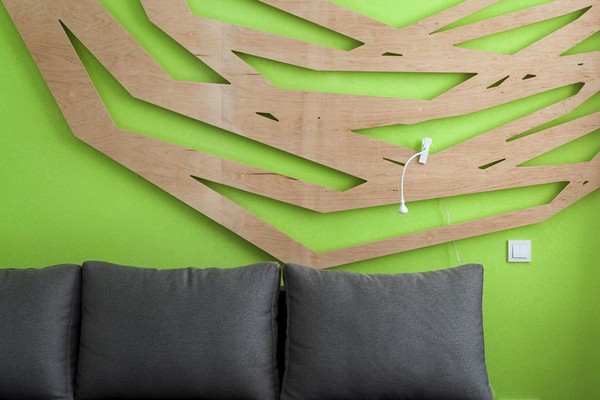 A black-and-white lounge, which also serves as a bedroom and a working zone for the hostess, is diluted with a bright green wall. And sharp shapes of the furniture are smoothed by means of a “computing decor”, which was designed by a special computer algorithm. The floor is finished with shock-resistant German laminate stylized like concrete. The entire cabinet furniture was custom-made in Kyiv, the couch is Ukrainian-made, and a black table is manufactured by IKEA. 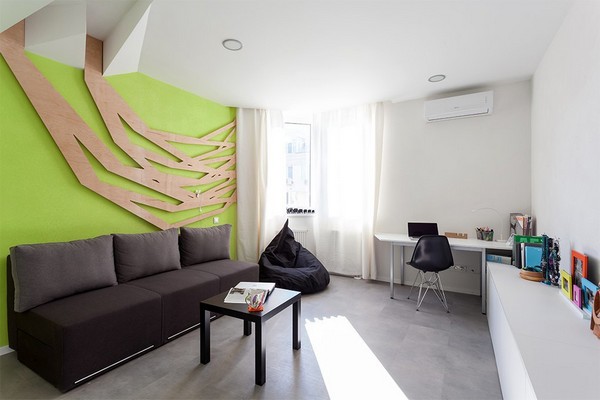 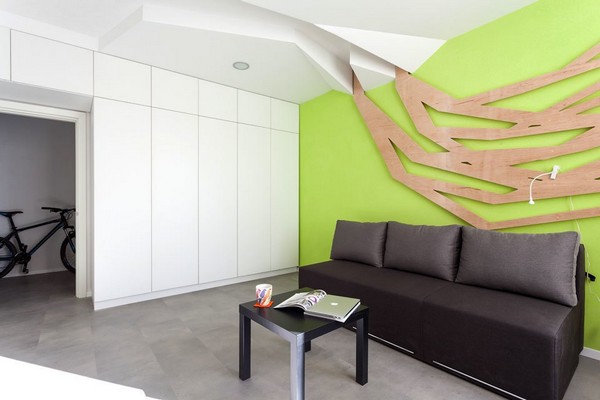 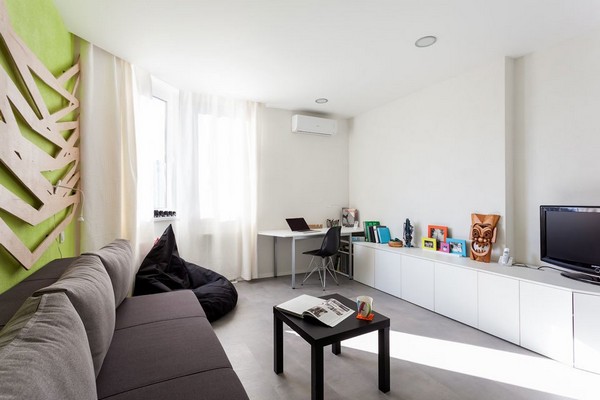 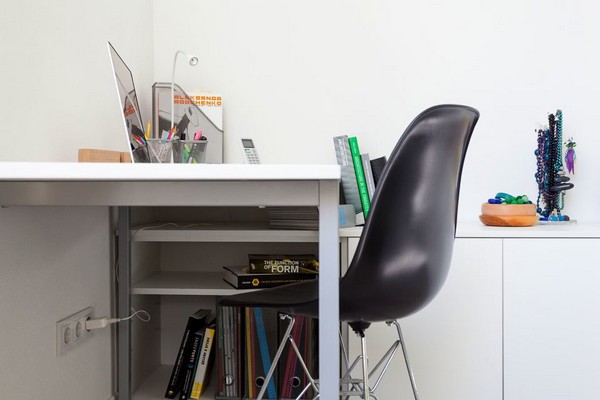 Bright accents of the room are versatile books on art and architecture, family photos in cheerful frames, a wooden mask from Africa and mammoth figurines, memories of a husband who used to create models for a zoological museum. 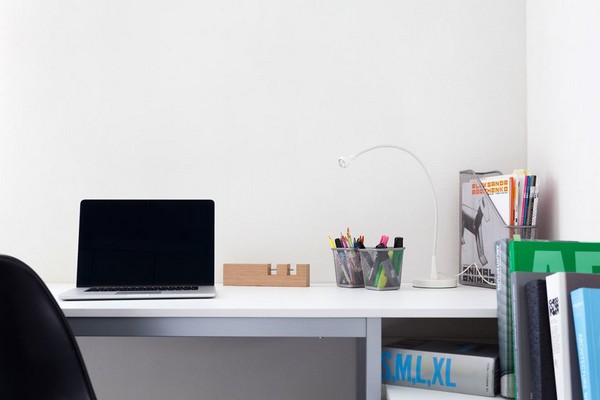 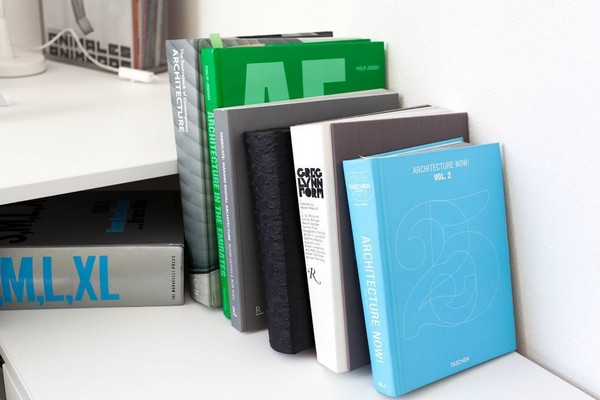 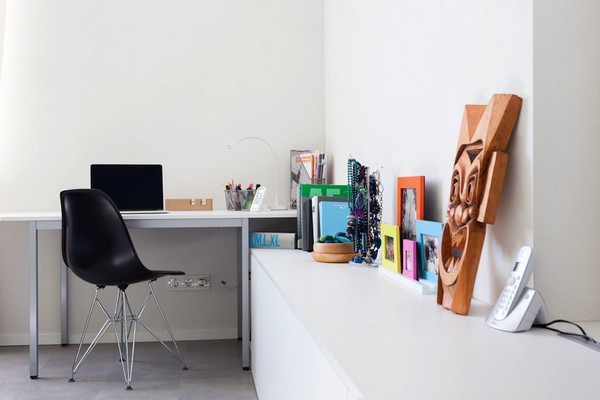 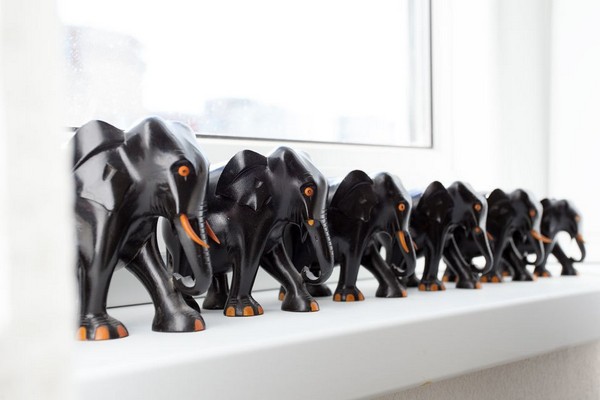 The hallway is visually expanded by means of wall-to-wall glass doors of a roomy walk-in closet. The hostess is frequently visited by her daughter and grandchild, and her apartment is used for storing many common family things, such as a bicycle. 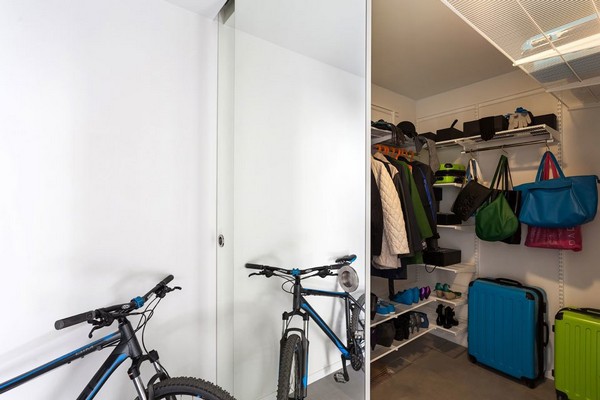 Bathroom is the only room with non-designer furniture. Its walls and floor are faced with wood-like tiles, which create the sense of warmth. The shapes of the bathtub and basin support the general straight-line concept of the interior. 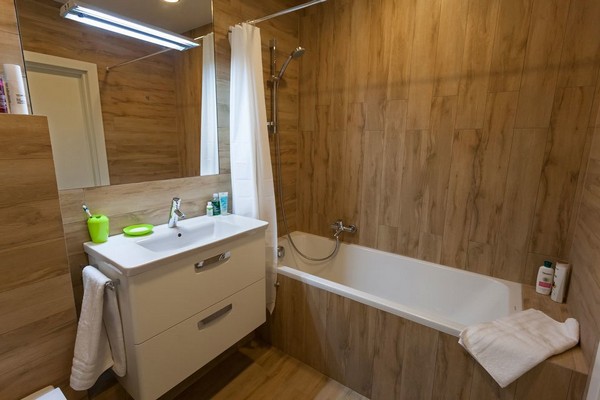 The kitchen is also minimalist and quite ascetic. The cabinets are custom-made, and their saturated blue and black colors make a sharp contrast to the white walls. The forms are regular and straight, like in other rooms. One of the walls is decorated with a parametric tree, which is meant to keep the design of the kitchen and lounge in the same stream. And a few bright green kitchen accessories and a designer tea pot help the room look habitable. 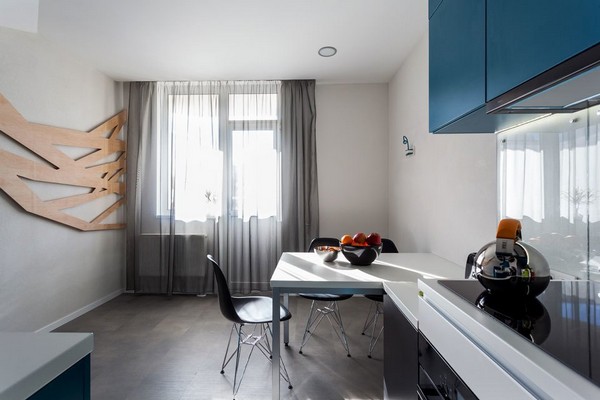 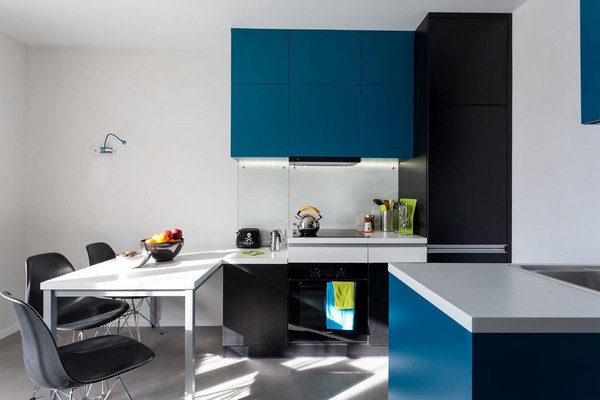 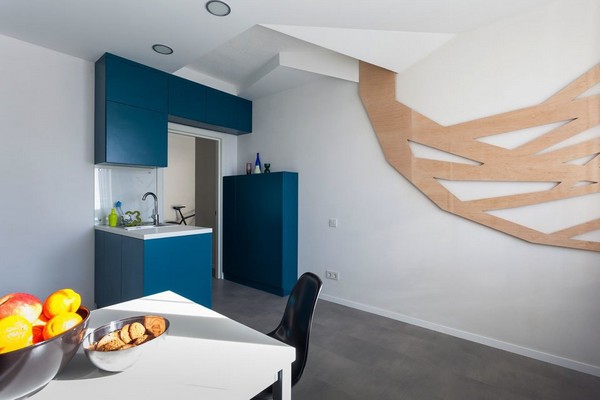 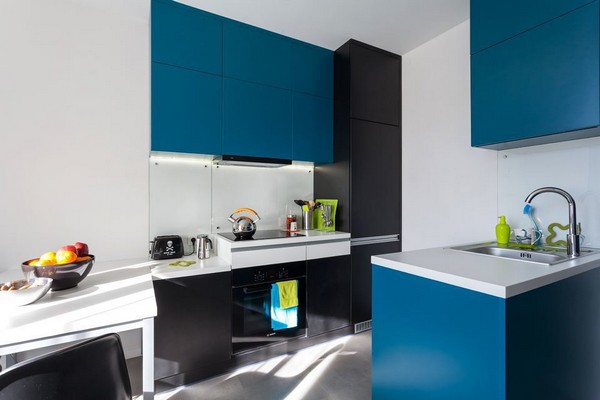 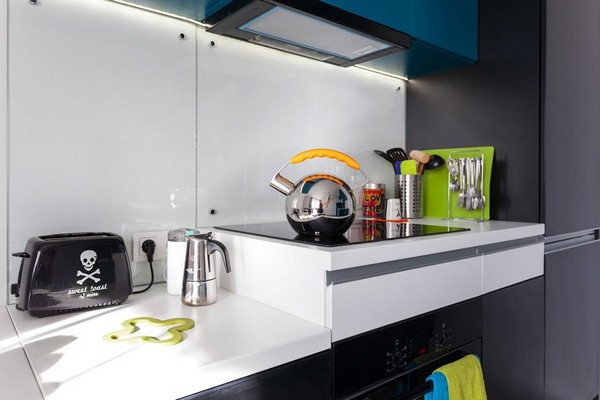