“New Year spirit doesn’t necessarily imply frost patterns on the windows and white snowflakes… Add color to your interior and have a happy holiday!” That’s what the designer of this lively interior project said about it. She created a truly cheerful, bright family dining room open to the kitchen. Let’s have a closer look at its details! 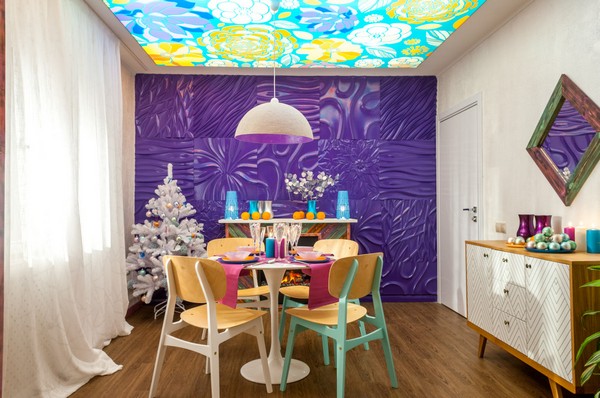 The centerpiece of the room is the fireplace wall decorated with glossy 3D gypsum panels of saturated purple color. Both pattern and color scheme of this interior element make a nice contrast to other walls, which are white and finished with textured plaster. Besides, the glossy surface of the purple boards is good at reflecting light of the multicolor ceiling. 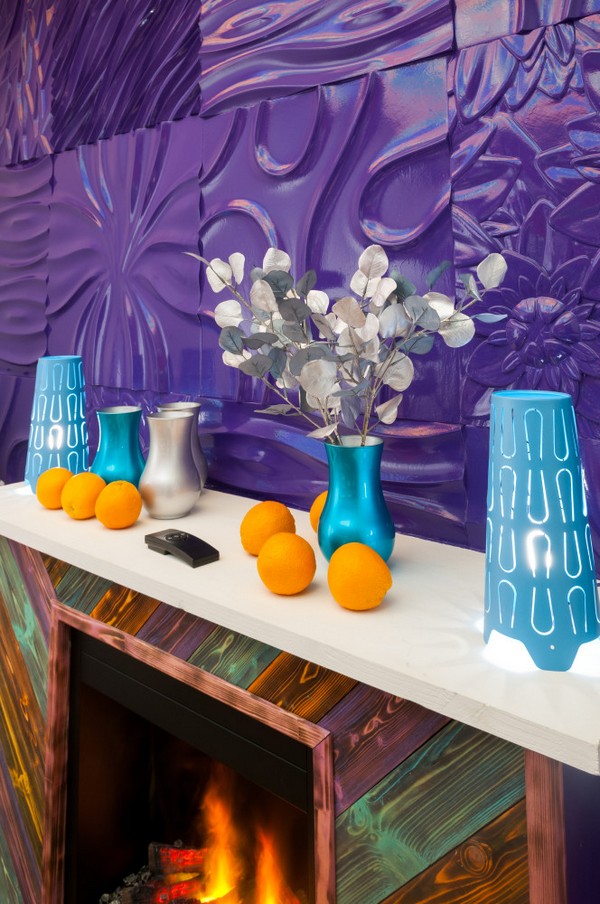 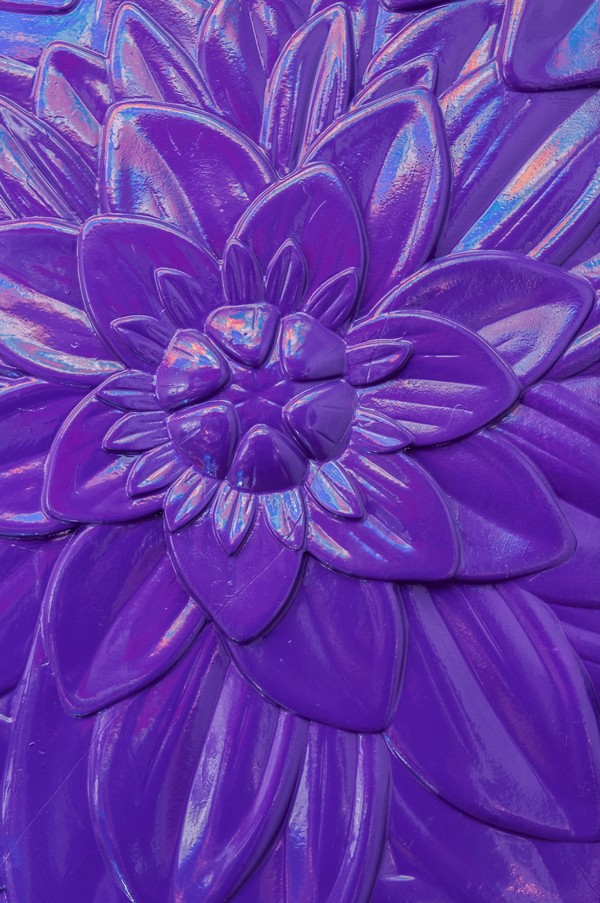 It takes about 80 meters of LED band and a special perforated canvas to create such a fascinating ceiling, which plays the role of an additional lighting source as well. By the way, only by means of latex printing technology such bright and saturated colors can be obtained. 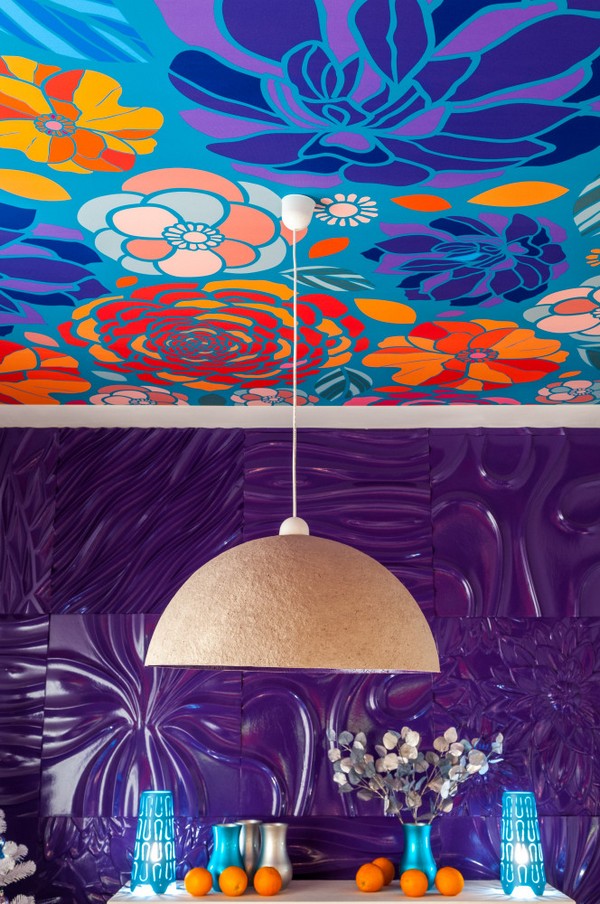 The pattern of decorative plaster is called “bark beetle”. The name speaks for itself – it seems like a small bark beetle has eaten small grooves on the wall surface. As a finishing touch, the walls were coated with acrylic lacquer with an effect of jewel shine. 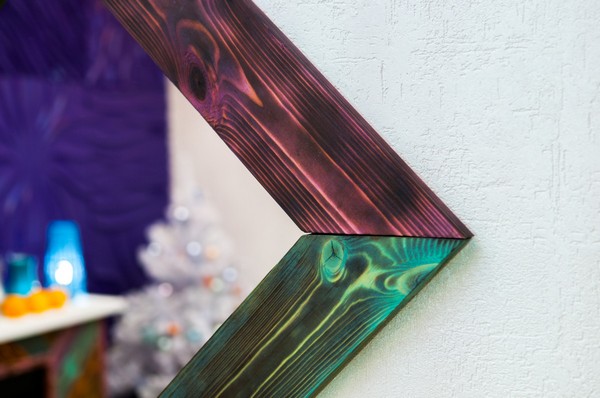 The mirror frame, partitions in the kitchen zone and framework of the fireplace are three elements created in the same technique and uniting the interior. All of them are made from charred wood and coated with a layer of multicolor oil. 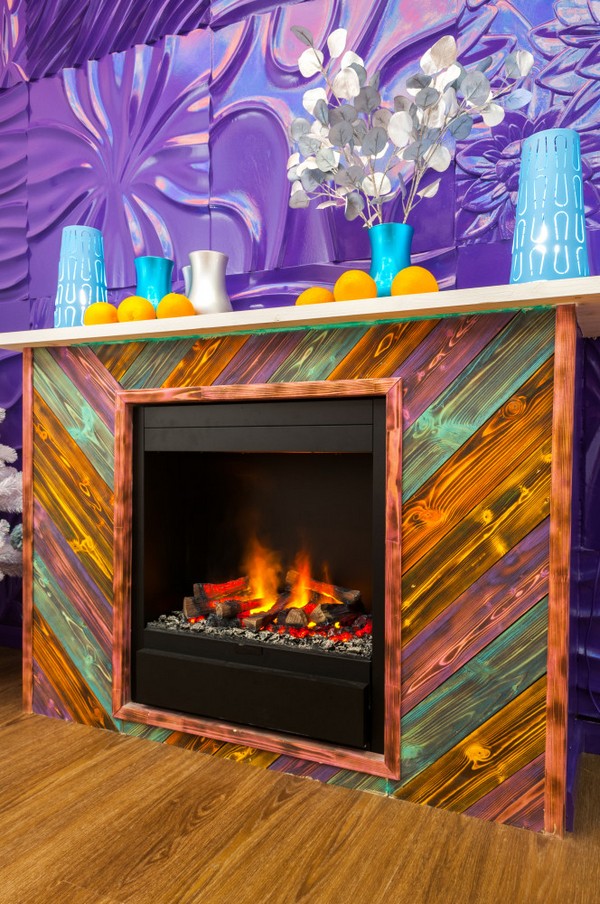 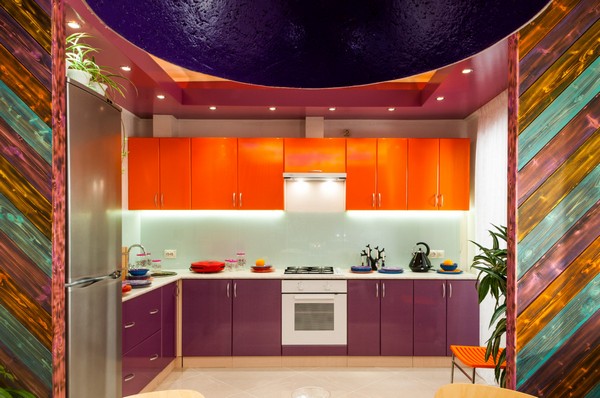 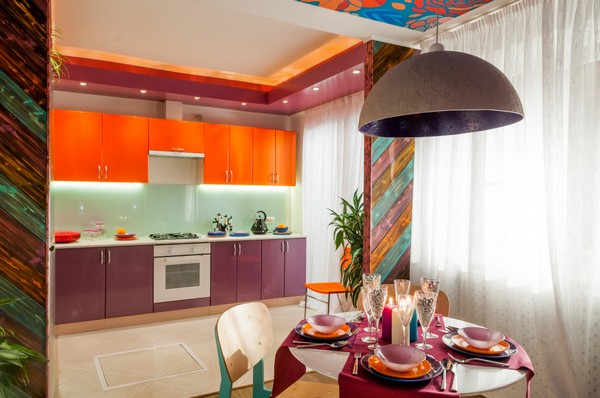 One more bright accent of the room is glass tableware. And in general the color palette of the table setting is extremely positive and festive. 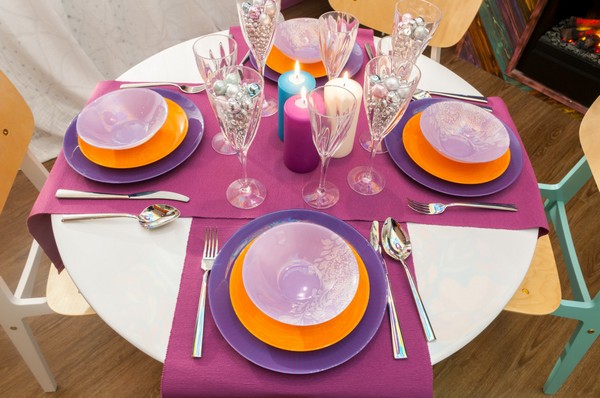 Despite an obviously super-modern look of the room, retro-style furniture doesn’t look out of place. Quite the contrary, a dining set and a minimalist herringbone chest of drawers in style of 1960s perfectly fit into the interior. 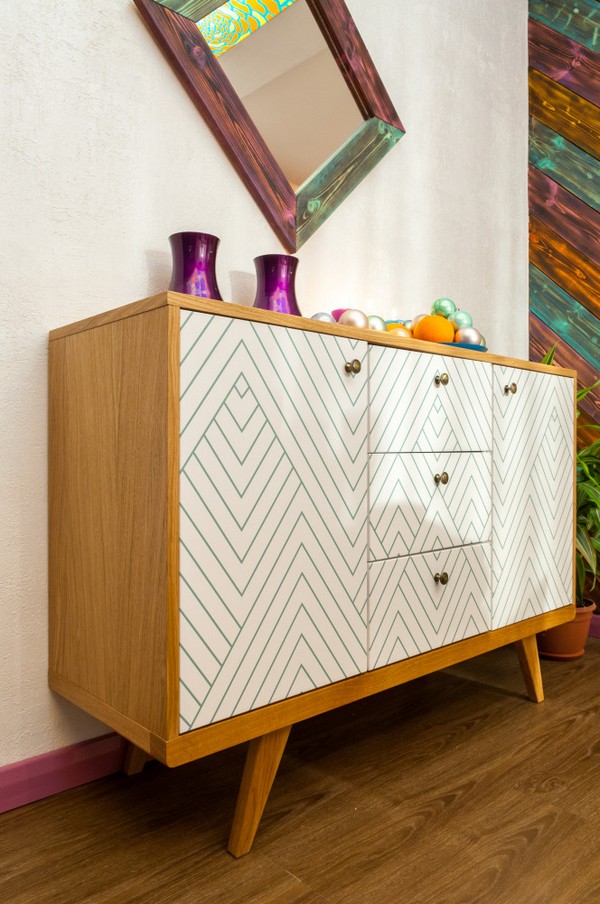 The spruce is non-traditionally white: firstly, to blend it with the multicolor interior, and secondly, as a tribute to the latest White-Christmas fashion trend. 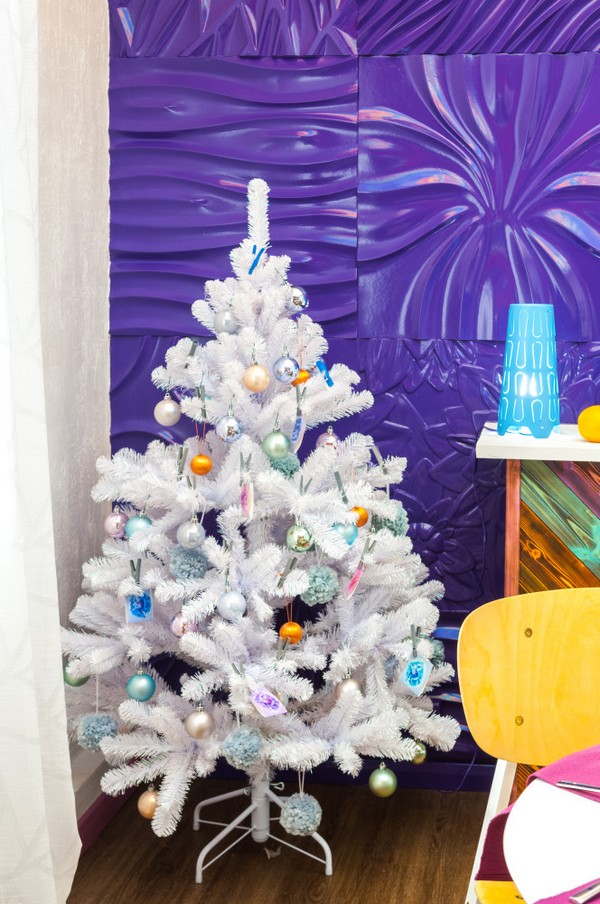 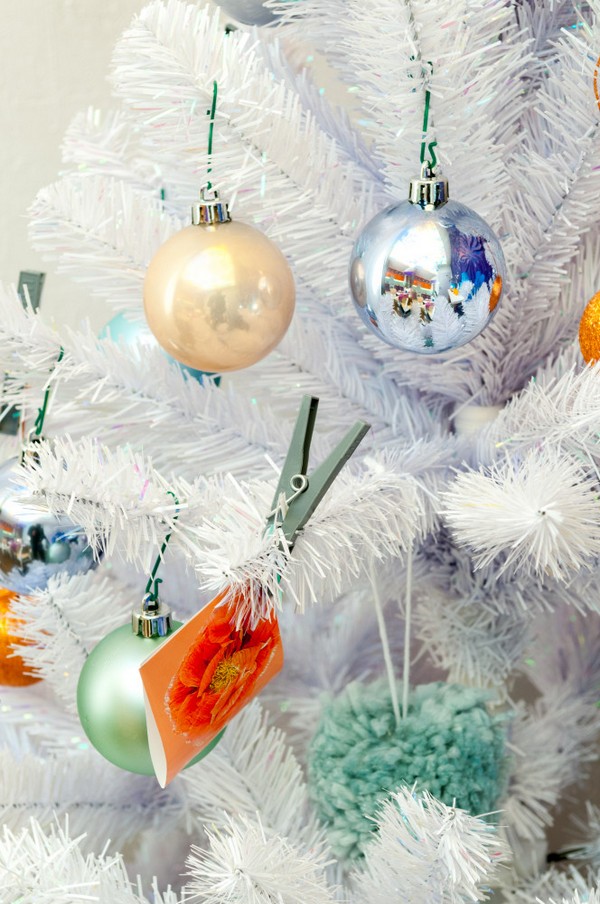