Can you imagine a rented apartment of a Dutch gentleman living in Moscow and being in charge of Interior Design Apartment in IKEA Company? It’s a very interesting mixture indeed.

Roy Hasling has worked for IKEA for 11 years already. As soon as he got education in the field of interior design and started a business of his own, Roy realized that he has much to share with the national furnishing giant. His work achievements are launching of the first IKEA store in NYC, developing the range of products in Sweden and, finally, his current job – managing the Interior Design Department of the company in Moscow office. 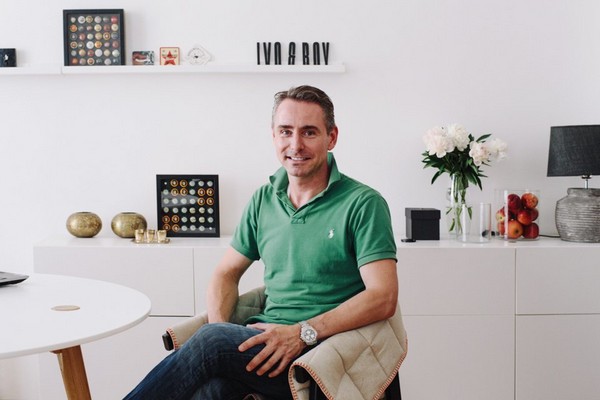 This rented apartment was found with the help of IKEA colleagues. As a genuine Dutch man, Roy couldn’t resist his temptation for Scandinavian motives: white walls, wooden flooring and big windows. He couldn’t bring his furniture from Holland and bought most of it in IKEA, of course. However, in this flat one can also find much unconventional stuff: like a coffee table and a rug purchased on flea markets and accessories from Marrakesh. 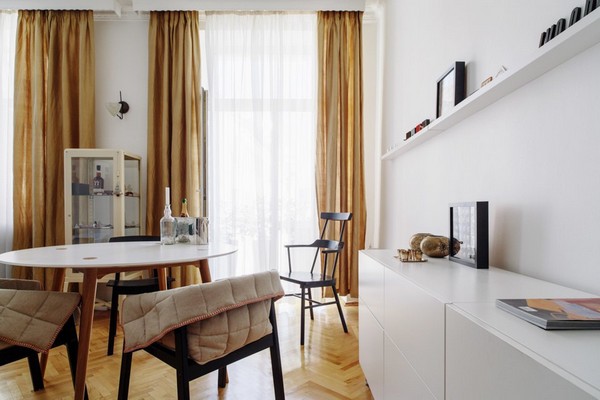 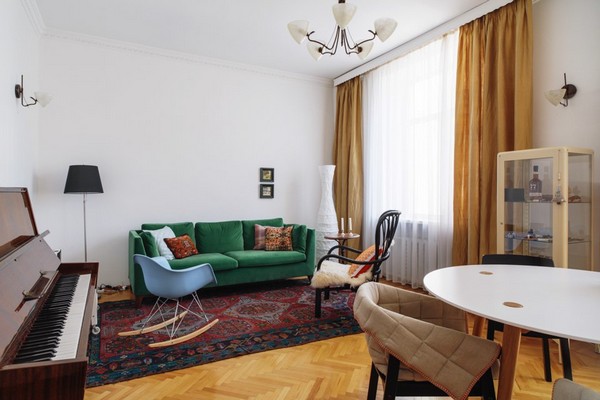 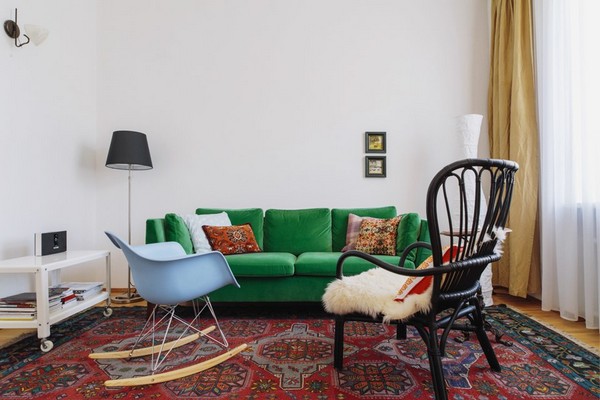 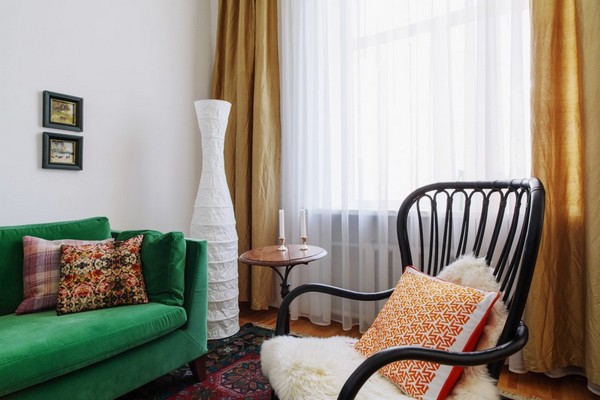 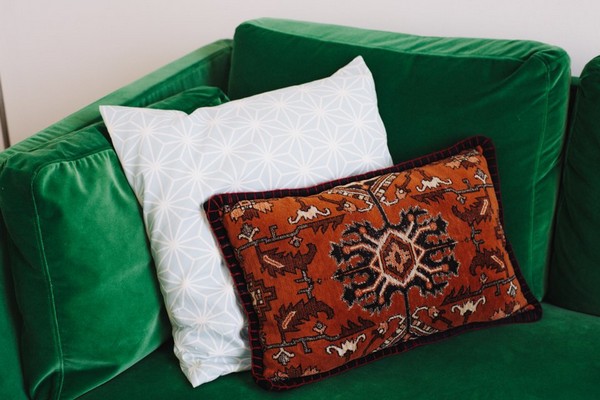 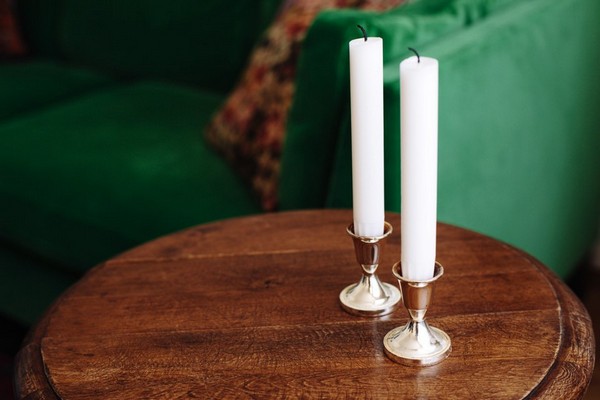 Roy believes that any interior must be created in conjunction with the place you’re living in. Therefore, he so much appreciates an old Soviet piano that came through the landlord. It sets the mood of the space and ideally fits into Swedish design concepts: in general, Swedish and Soviet styles have pretty much in common. Also, the renter is sure that IKEA furniture must always be diluted with decorative elements, which would speak about values and personal character of an individual. Otherwise, one will never escape the feel of living in an IKEA show room. 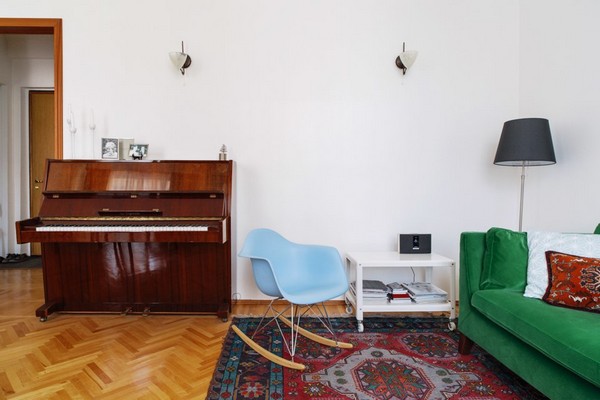 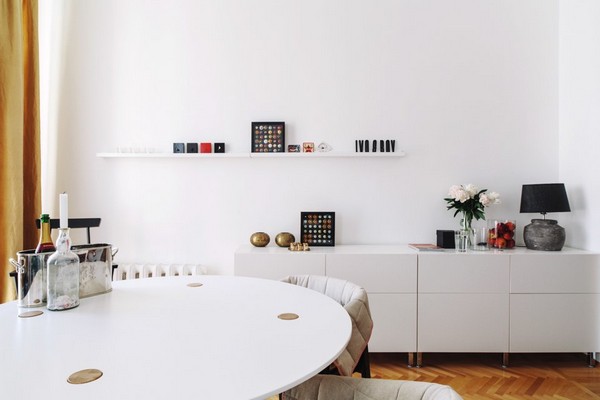 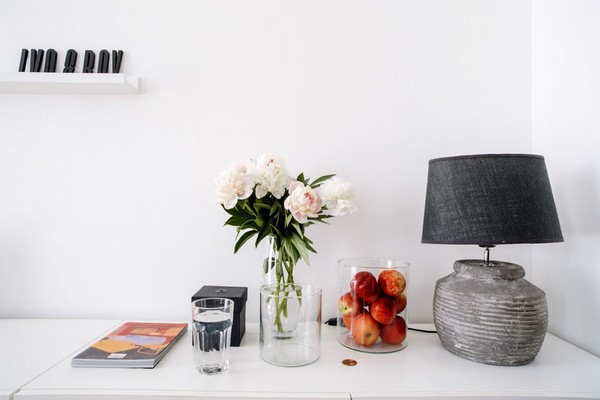 Also, Roy is a passionate collector. In his native Holland he has already collected a substantial fund of furniture and an impressive home library. In his new home he continues this good old tradition: thus a few artworks of a Dutch artist appeared on the shelves. 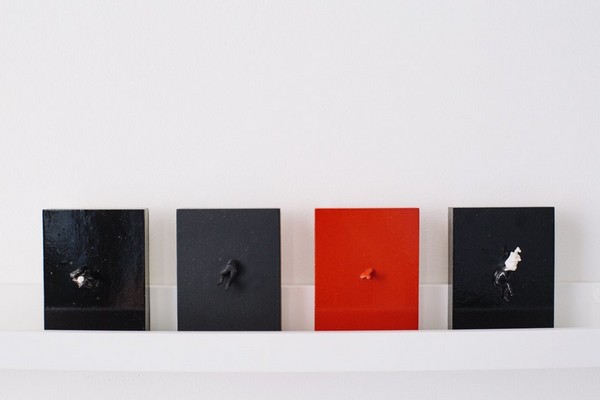 A wall by the sofa is decorated with pictures painted by Roy’s grandfather. 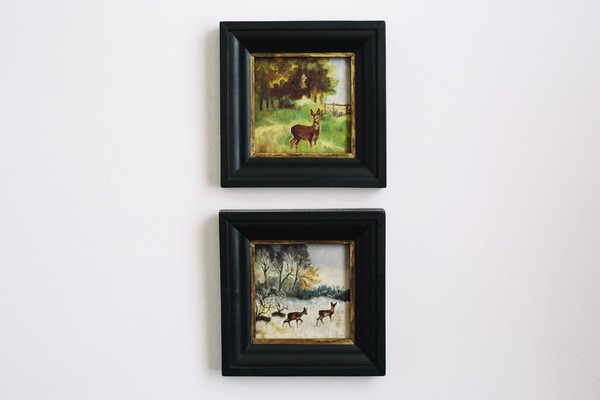 In the glass cabinet the master keeps watches of his Dad and uncle, glasses of his parents and several souvenirs. He thinks that collecting is a very Russian tradition that goes back to Soviet times when people lacked many things and had to keep stuff for many years and by several generations. 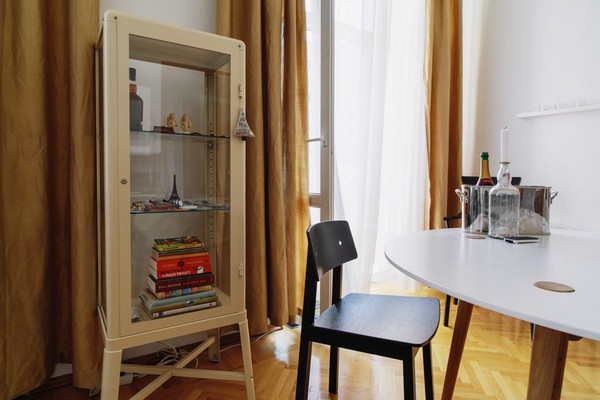 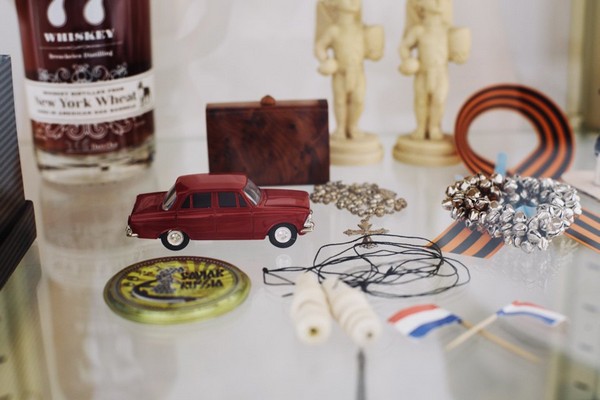 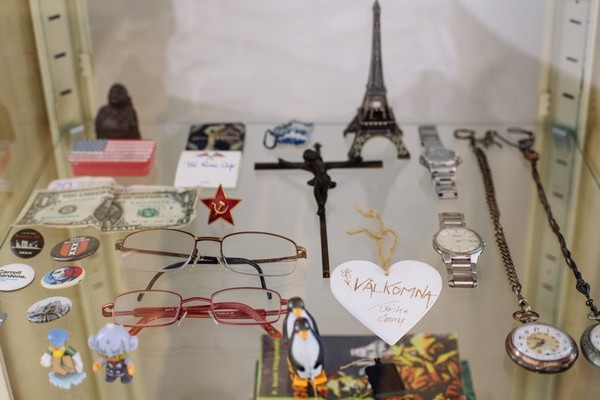 Bathroom tiles and a kitchen set had a somewhat shabby look from the start, but Roy wouldn’t replace them. He just used an old designer trick – shift of accents. In the kitchen he arranged a big wooden shelving unit, and added a black shower curtain to the bathroom. 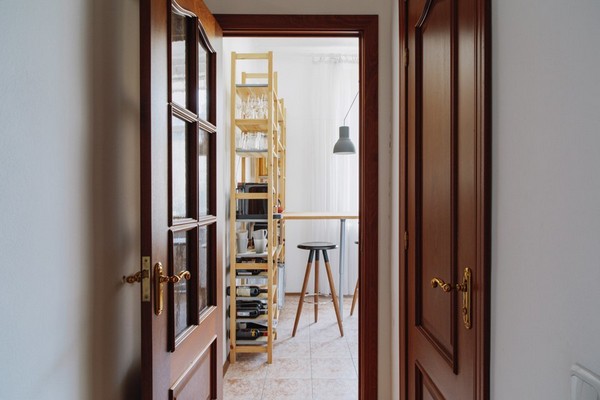 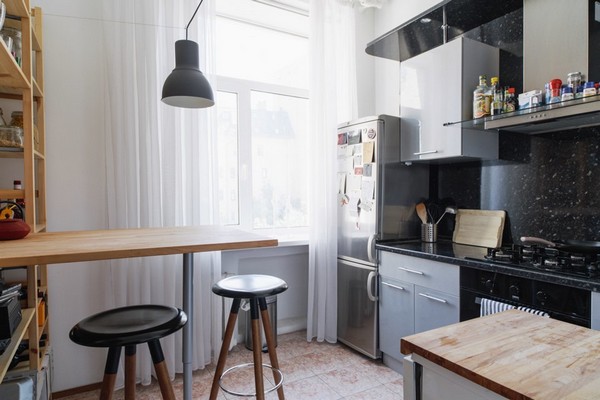 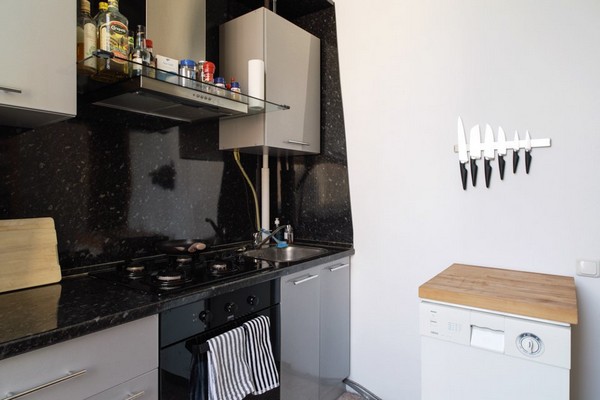 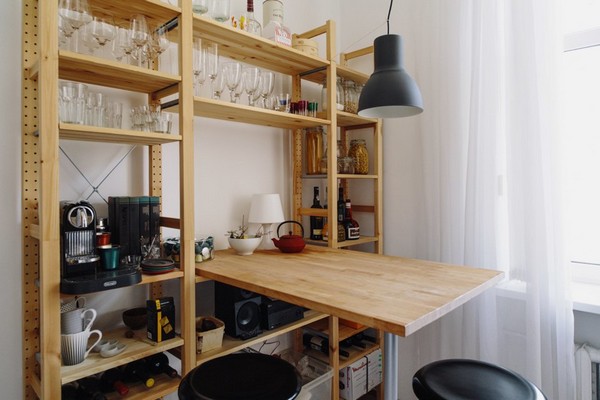 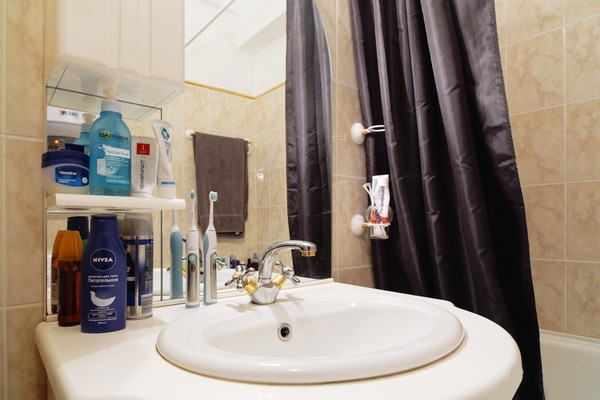 Mr. Hasling doesn’t see the point of making full-fledged renovation as this place is just a temporary dwelling. Such type of thinking is the key point of Roy’s individual view and his company’s policy: priorities are given to reasonable money spending, economy and careful attitude towards ecological aspects. But despite all the flaws of this interior, Roy calls this apartment his home and loves living here. 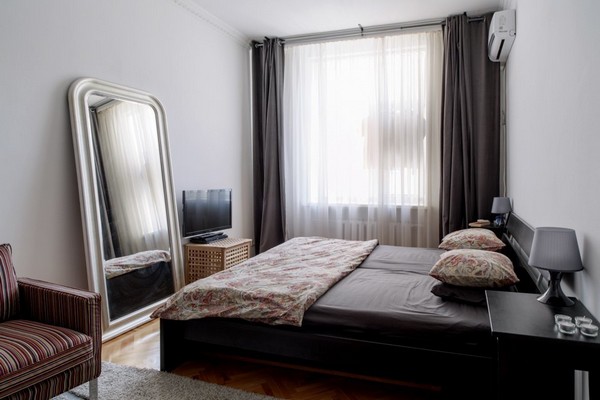 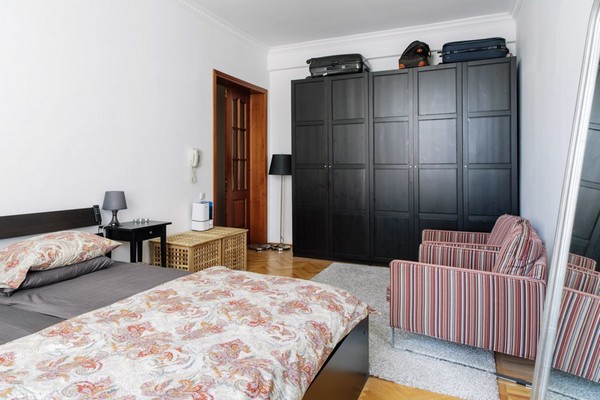 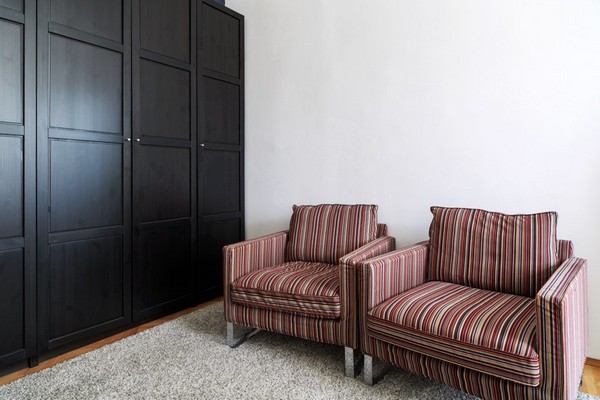 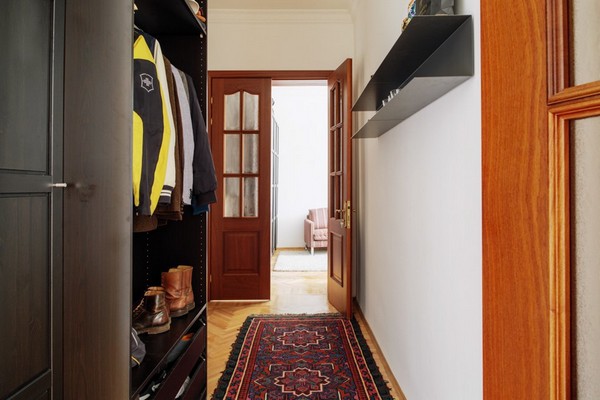