How to Organize a Kitchen Island: Part 1 – General Aspects

During the last decade kitchen islands have earned well-deserved recognition among professionals of the culinary world and restaurateurs. Gradually this interesting detail of kitchen layout has penetrated into our households. If you’re still puzzling over whether you need or don’t need a kitchen island, this post will give a few useful hints on general aspects. 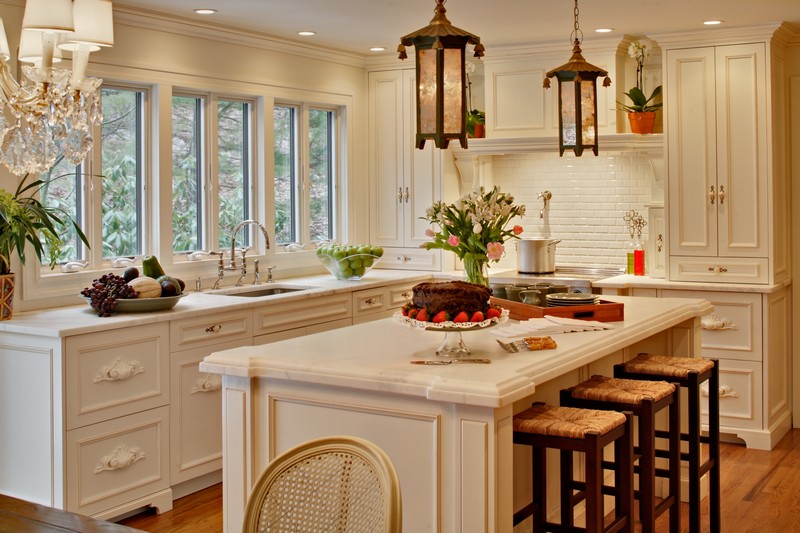 Generally a kitchen island is a free-standing element of the kitchen including important components of a cooking work zone. As a rule, it’s a sink, or a dishwasher, or a stove with a cooker hood, and a small-sized worktop. Usually, a kitchen island concept implies additional storage zones, including shelves and drawers.

But such type of layout is warranted under certain conditions. The most important one is that the total area of your kitchen shall not be less than 20 square meters. This is related to the fact that the kitchen island must be surrounded by open space. To be precise, the recommended minimum width of walkways around the kitchen island should be no less than 80 cm. Failing this, walkways would be too narrow, a cook will face difficulties moving around and the kitchen island concept will have no meaning at all. 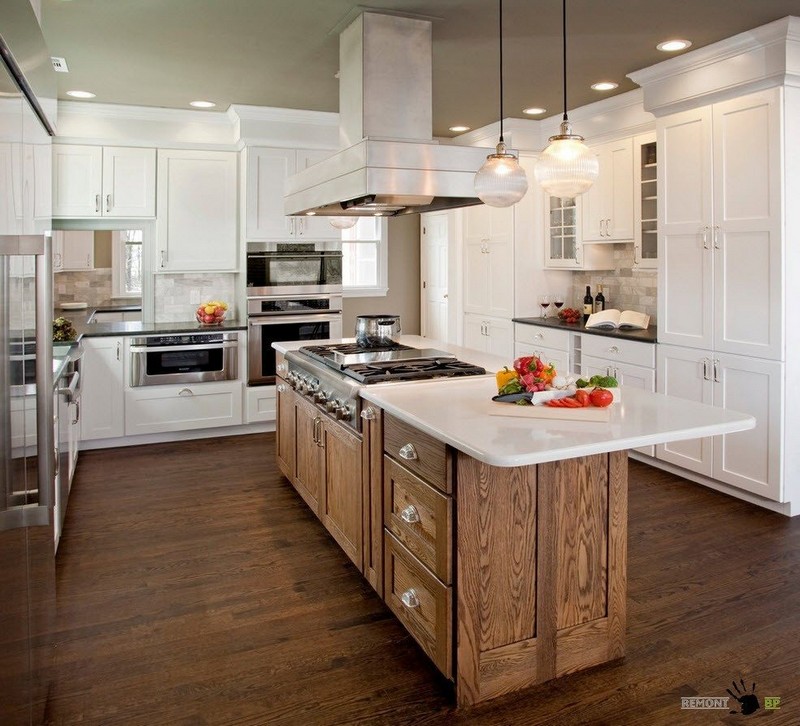 By shifting worktops, hobs and sinks to the middle of the big room, we arrange them within easy reach from each other. Such a layout is very convenient, as it reduces the distance run by a cook by 30-40%. And you probably know that on average even in small interiors a cook runs about 7-10 kilometers during the day.

When planning a kitchen island, as well as a common kitchen layout, it’s important to consider comfortable environment for work and rest. Hence a kitchen island must be proportional in width, length and height. The width of the worktop shall not be less than 60 cm, or else it wouldn’t be convenient for cooking. Also, it’s advisable to consider a table top, which would allow for seating at least two people. Such a configuration proves to be very practical in daily life.

The lighting in the kitchen island zone has to be selected very carefully. If your kitchen island features a cooking zone, lighting fixtures must be arranged strictly above the central axis of the worktop to ensure that the light is equally distributed and your shadow is not thrown on the worktop. It’s highly recommended that you use lamps with directed light. It mustn’t be too bright and even less so blinding. The quantity of lamps must be calculated depending on the area of your worktop and the coefficient of utilization of the lighting fixtures and bulbs. 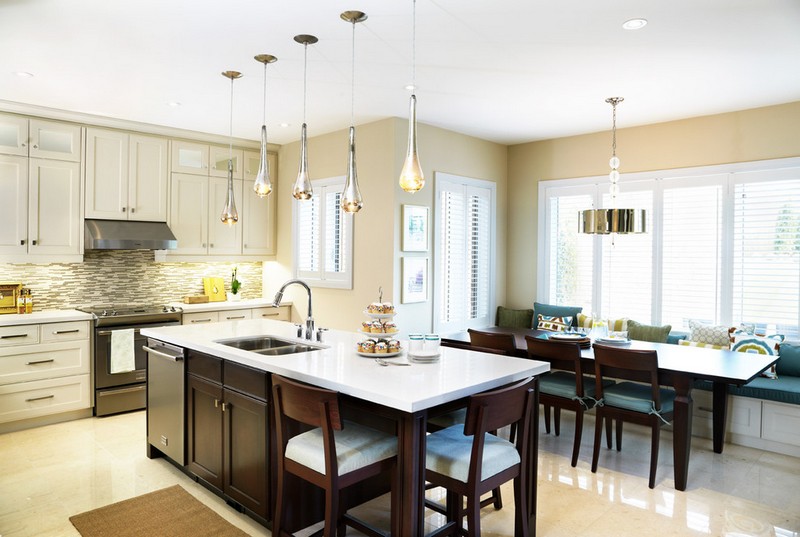 One more last, but not least important aspect to consider before organizing a kitchen island is the number of cooks intended to work simultaneously in the kitchen. One person is free to move around as necessary, but a few people running between a worktop, a sink, a stove, and a refrigerator in a kitchen island layout might be a problem. 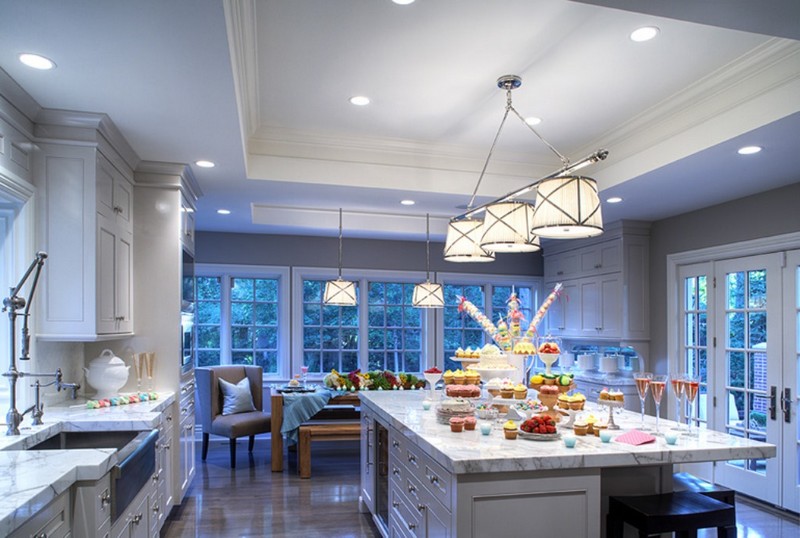 In the next post you will find out more about technical aspects of kitchen islands – water pipes, cables, sewage system and cooker hoods.