One more color of the year 2017 announced by Pantone is Greenery. We have already learned how to use some other colors from Top-10 in interior design – Kale and Pale Dogwood. Today we will speak about one more color from this list – Greenery. 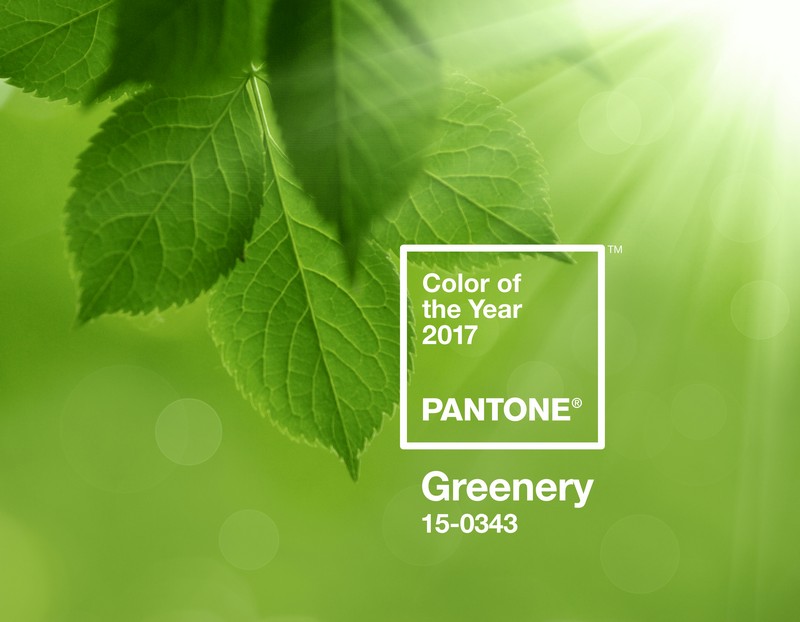 Greenery is the hue of sunny weather, spring and fresh leaves and grass. Choosing this color for your room, you create an oasis of spring, nice mood and positive emotions. However, you are unlikely to find much Greenery in interiors created by professional designers and decorators. Perhaps, that’s because many people think that this shade of green is suitable for eco-style interiors only. But this is not quite true. Greenery is a universal color and blends well with many styles, including classical, Scandinavian, hi-tech and Provence.

Greenery creates especially perfect pairs with some blue hues from Pantone’s palette — Niagara, Lapis Blue and Island Paradise. And this is not in the least surprising. What can be more natural than the combination of fresh greenery and the sky? This mixture is appropriate both for cheerful toddler rooms and beautiful lounges. The most important thing is, as usually, the sense of moderation. And the obligatory introduction of the third, neutral color.

In a living room greenery creates positive mood and atmosphere of trust. But it shouldn’t be too much. Let Greenery be well diluted with much white or gray. These two will add lightness to the interior and relieve extra visual vigor. 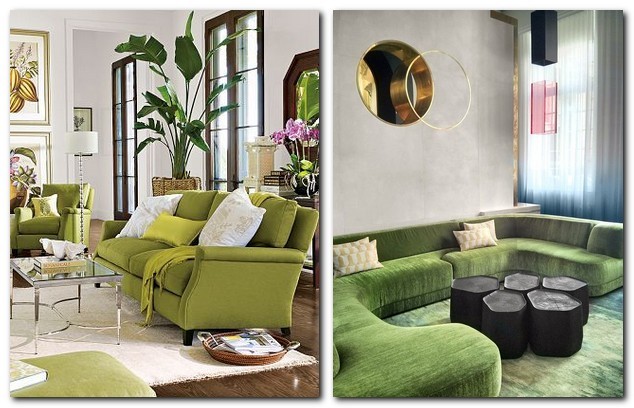 If you’re fond of experiments, try to add some pink splashes to your living room interior. It will make the room brighter and more original.

Also we are all used to customary color combinations in living rooms – for example, white walls and green curtains. But many of us do not realize that the opposite combination – light curtains and green background – is also marvelous.

Greenery is likewise welcomed in dining rooms. But be careful – it awakes the appetite. The best option is to use this color in small elements of décor and home textile (blinds, chair upholstery or elements of table setting). Greenery ideally matches both light and dark wood, gold and brass. A good idea is to have one wall wallpapered with Greenery pattern, and keep the rest of the wall white and dressed up with moldings. 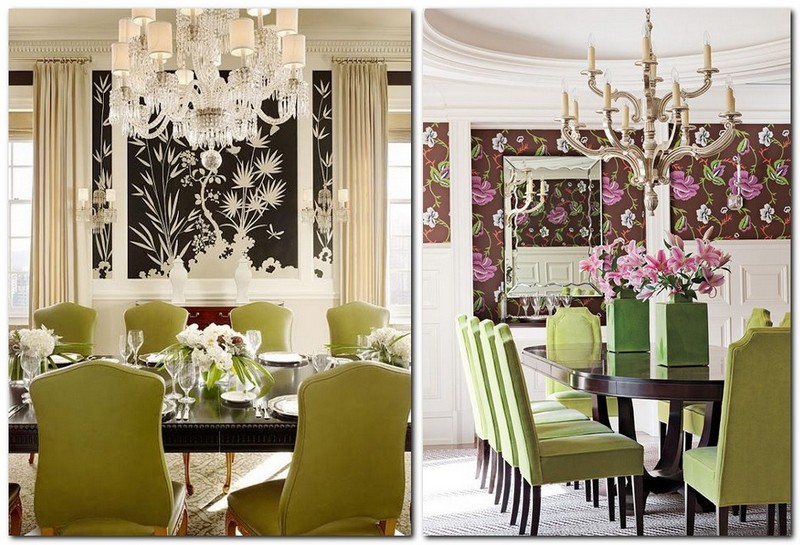 Thereby the furnishing must-be entirely neutral and contemporary: a glass-top table, plain white chairs and, probably, some small chromed-steel elements of décor. A finishing touch will be brought by potted indoor plants – they’ll add even more freshness and cozy feel. 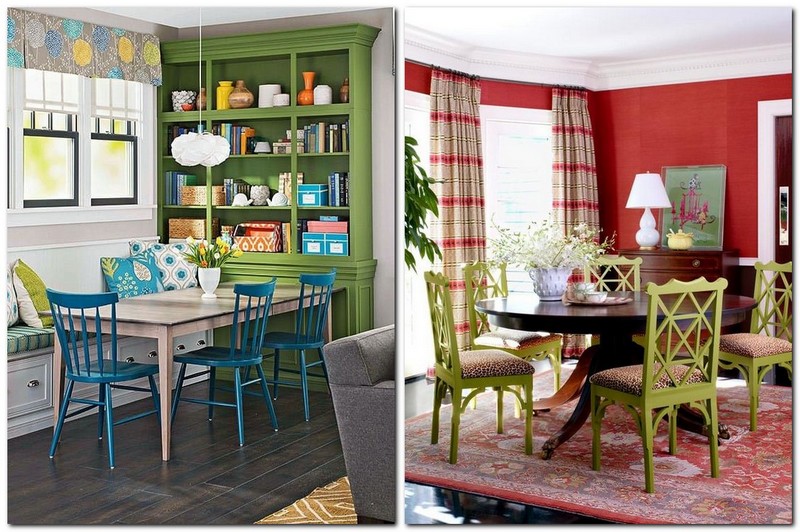 In toddler rooms Greenery provides plenty of room for imagination. Considering that this color releases emotional tension and facilitates mental activities, it’s especially welcomed for kid’s interiors. Big volumes are not welcomed again, but as an accenting color Greenery can be combined with versatile backgrounds: white, turquoise, pale pink, light blue, pearl gray and others. 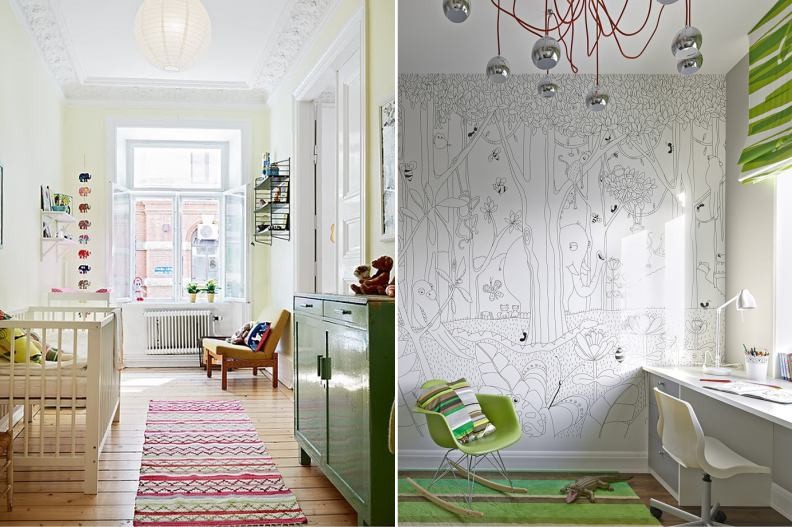 Similarly to living rooms, bedrooms “love” Greenery as an accent to neutral, white of gray, background. It can be represented in wallpaper pattern, furniture handles or headboard textile. 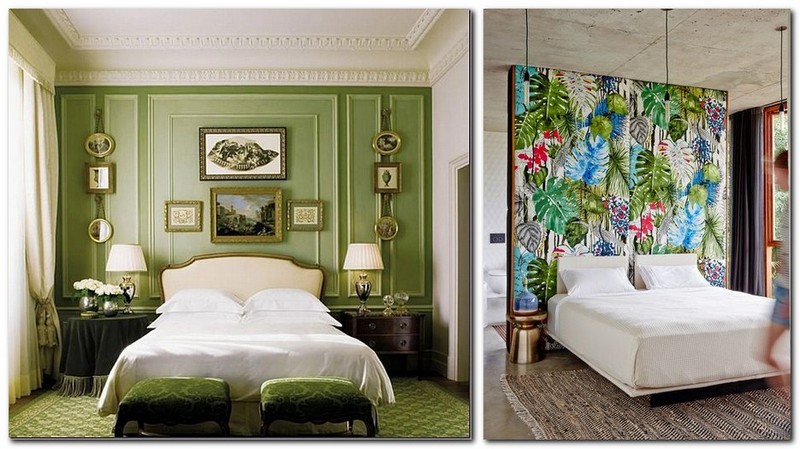 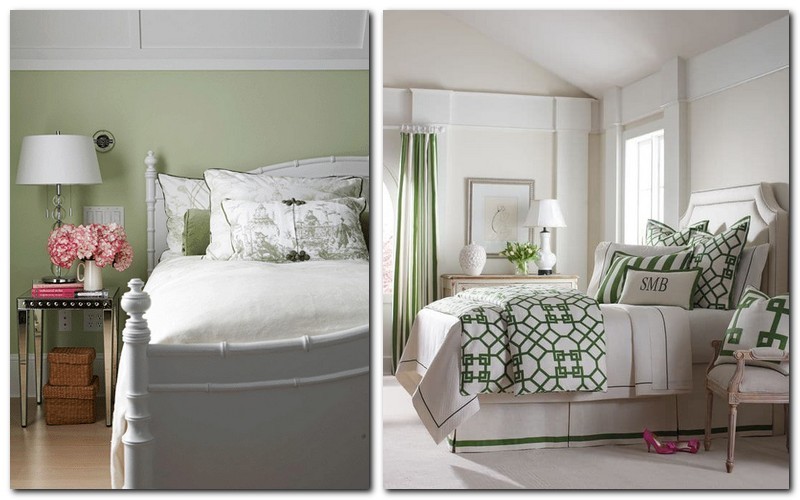 If more life and energy is what you are seeking for your interior, Greenery is right what you need. Add a few artworks with floral ornaments and greenery, replace your neutral textile with green one, and your rooms will get a fresh look and spring mood!