A family of three – a mother and her two daughters (18 and 9 years old) – dreamed about an interior that would always feel warm and cozy. And of course it had to feature maximum storage zones for keeping girlish stuff. Their hearts were set upon white color palette in its most airy and romantic implementation, rather than Scandinavian ascetics. They voiced their wishes to a pro, who managed to turn their small (54 sq. m.) two-room apartment into a comfortable and lovely place. 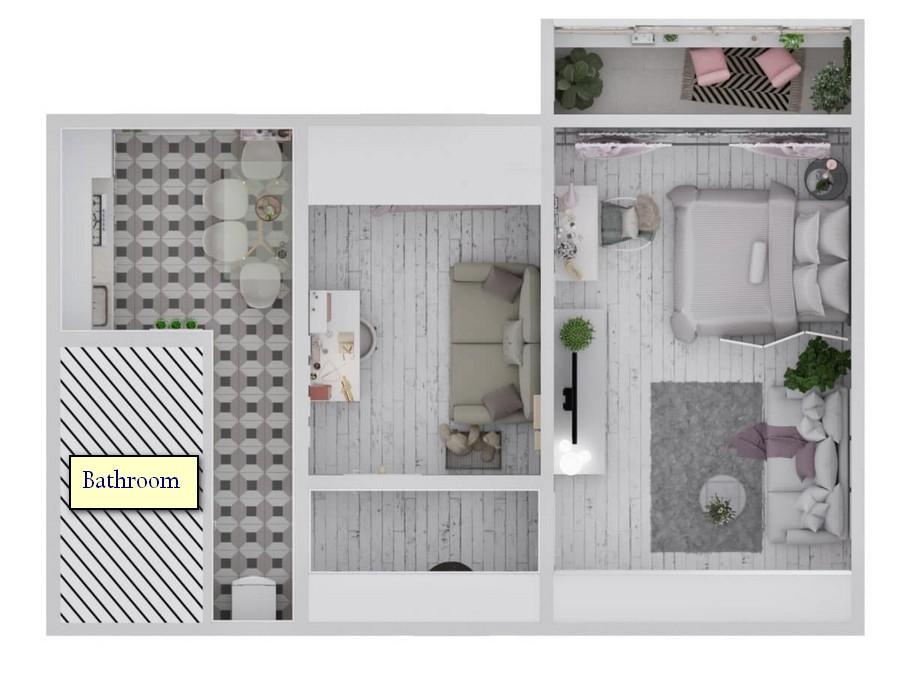 The interior design project was worked out for the entire flat, with the exception of a bathroom, which had been recently renovated. The key task was to make three women feel comfortable within two small rooms. And one bed had to be put in the living room without prejudice to the comfy lounge zone.

The latter wish became the starting point of the project. The living room was divided into two functional zones: a bedroom for the mother of the family and a lounge zone for spending time together and receiving guests. This task was solved by means of an airy lattice room divider. 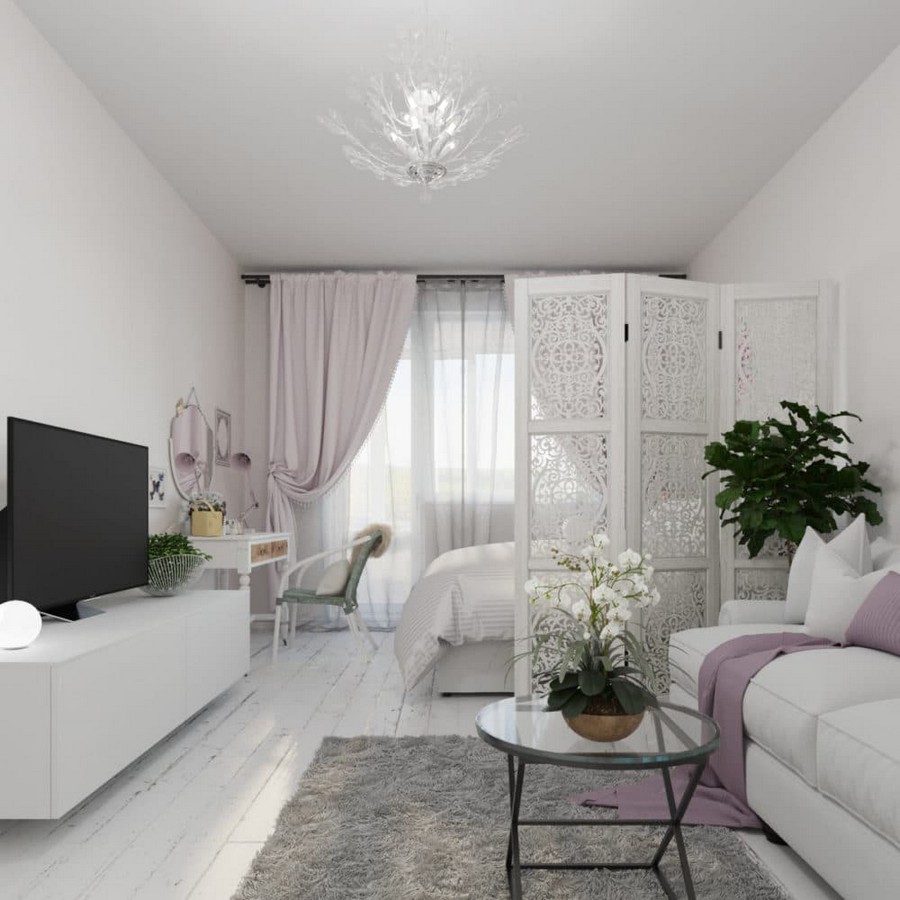 The first zone was furnished with a forged IKEA bed coupled with a compact bedside table and a dressing table. To dress up this monochrome part of the room, the headboard zone was dressed up with a “cross-stitched” rose wall-décor. 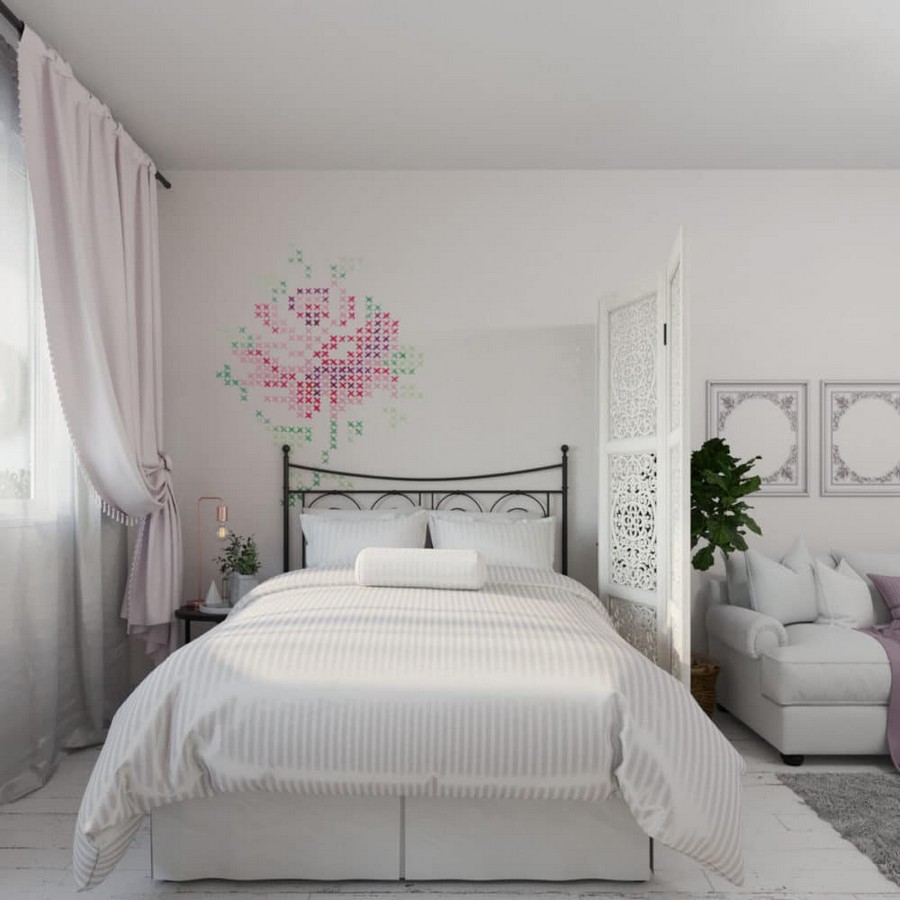 Despite a modest size of the room, the designer had made most functional use of its area. Besides a sleeping zone, it features a folding IKEA sofa, which can be easily transformed into an extra sleeping place for two persons. In the evenings girls come here to watch TV. And one of the shorter walls features a large floor-to-ceiling built-in closet. 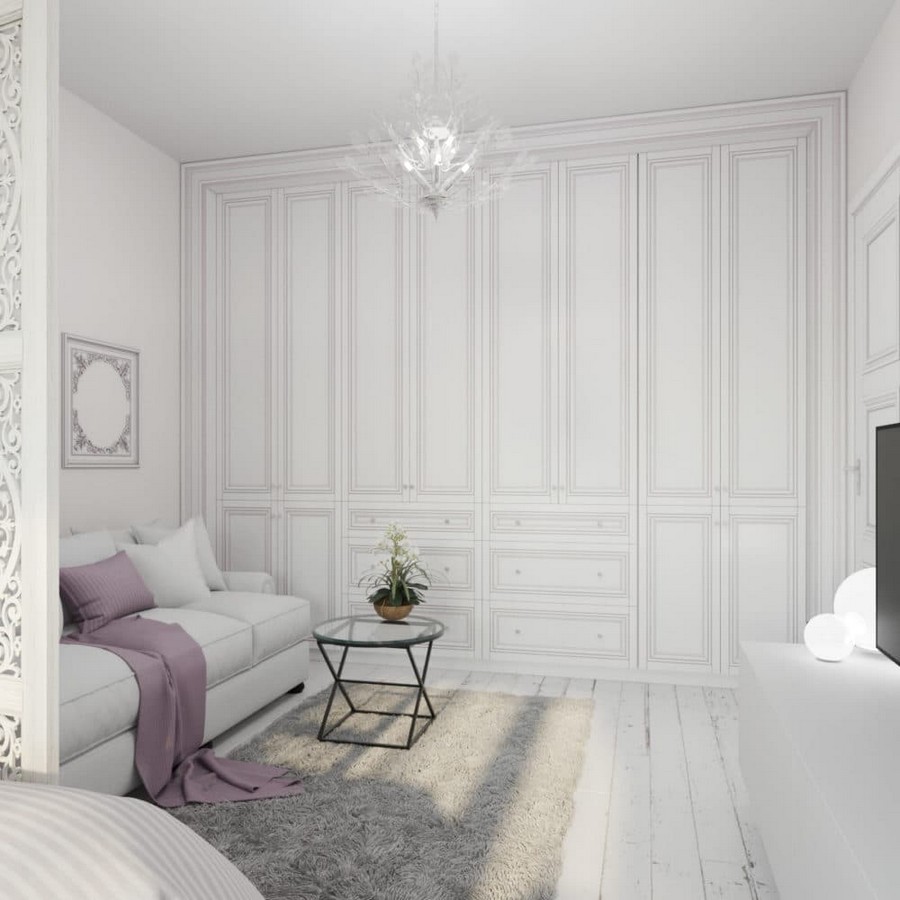 Though the kitchen is pretty compact, thanks to a light color scheme, airy Roman blinds and a transparent glass table top it doesn’t look too tight. The mistress adheres to eco-lifestyle, hence her kitchen is equipped with high quality water filters, water saving faucet aerators and sensor taps. 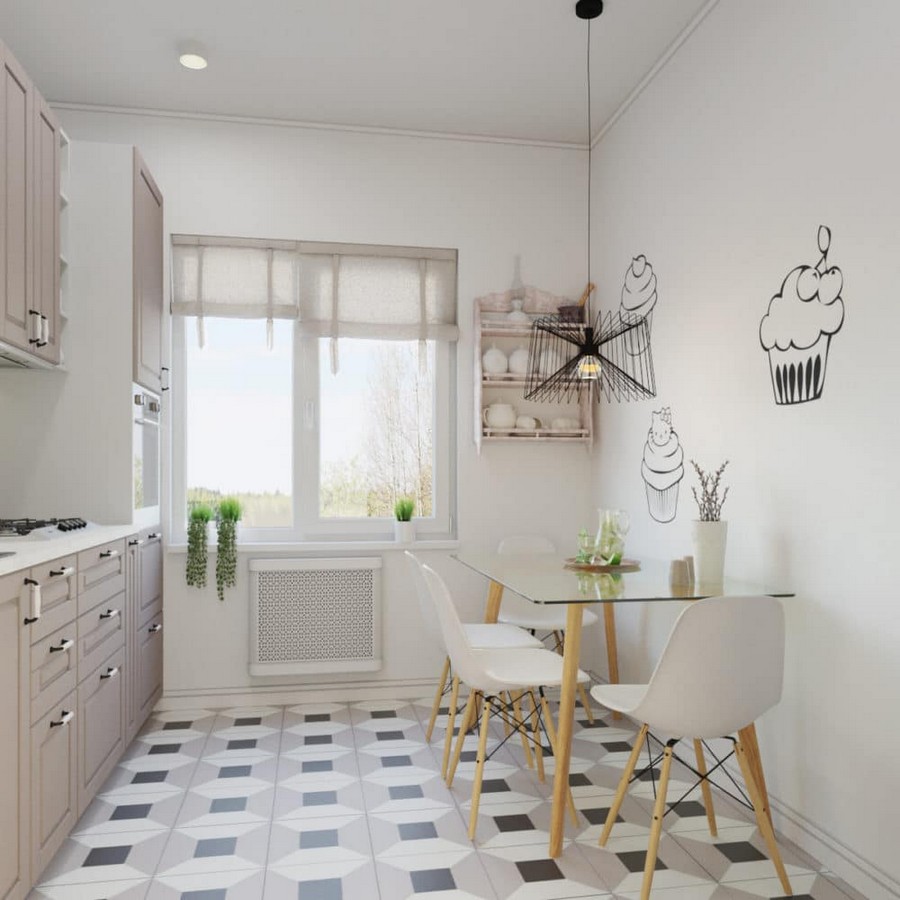 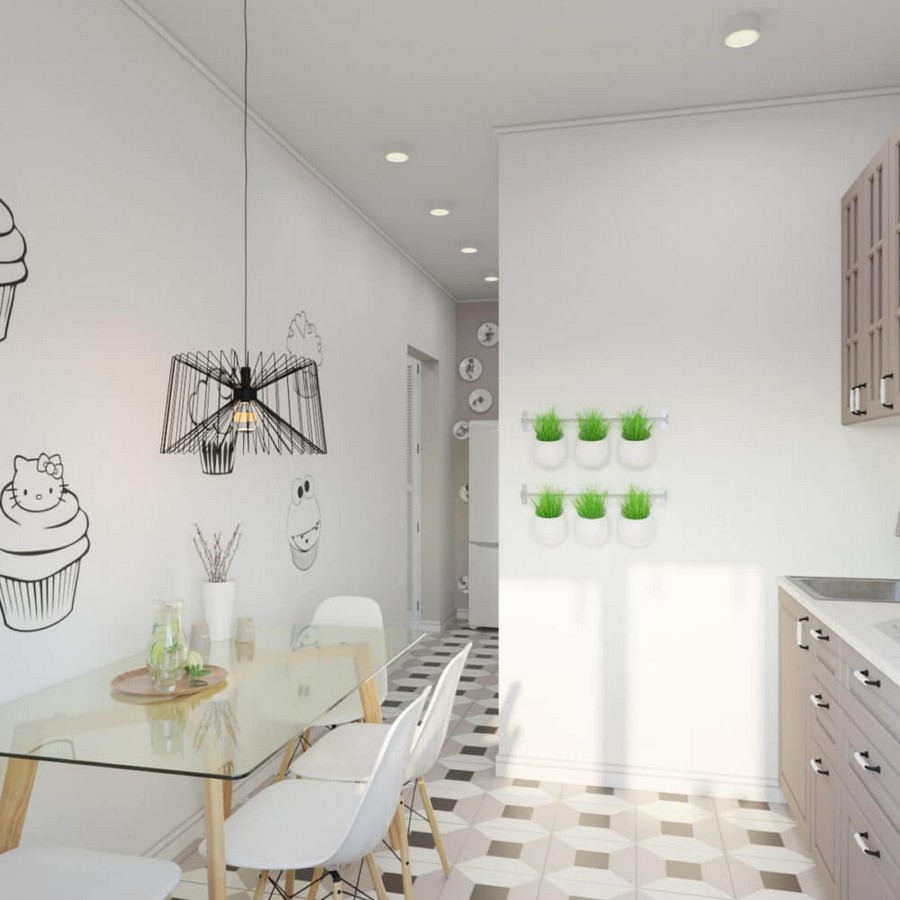 Girls wanted a customary girlish pink bedroom, but the designer has convinced them to use more delicate, pastel hues of this color. The sisters’ room is not an already boring space for princesses – it’s light, non-cluttered and features all that kids need for full-fledged rest, studying and creativity. The furnishing here is pretty laconic and traditional-style. 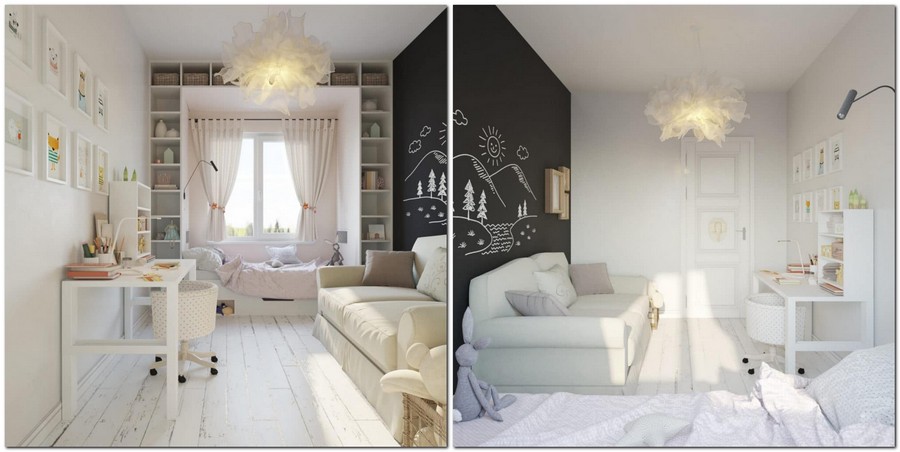 The window zone features a huge storage system for keeping clothes, bed linen, books and all that stuff. Besides, one of the beds is located by the window. To avoid over-heating of the air in the sleeping area, radiators were replaced with innovative baseboard heating system. Also, the room may boast a blackboard wall, where the sisters can draw, practice mathematics and leave notes to each other. The finishing airy touch is brought by a light IKEA lamp. 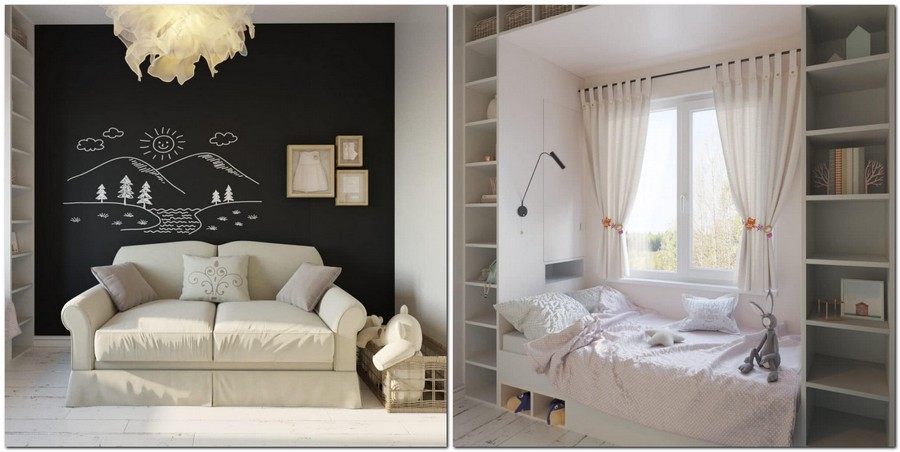 The entry room doesn’t contrast to the rest of the space – it’s likewise soothing, white and functional, with a full-fledged storage system. 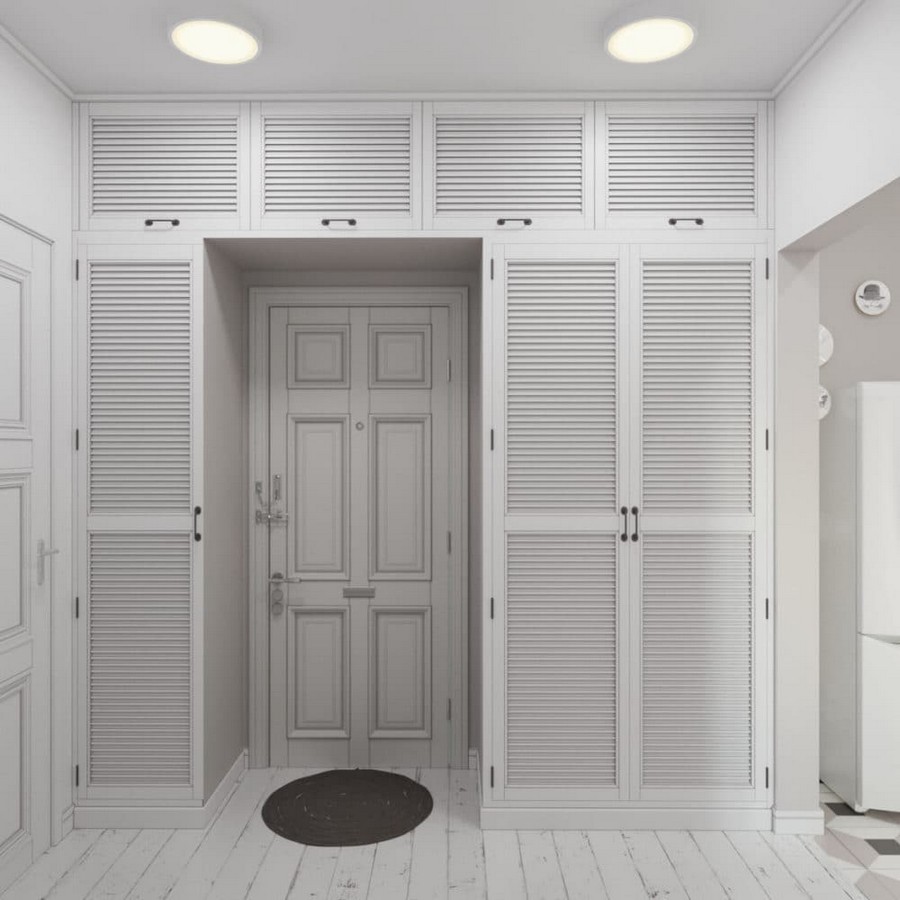