For most of us the phrase “an ideal house” conjures up images of big spaces. Probably, a two- or three-floor cottage with numerous rooms and an enfilade, where we could ride a bicycle. But still there are people, who feel like living in spaces that are too narrow even for putting a big comfy arm-chair. Do not believe? Well, check this out! 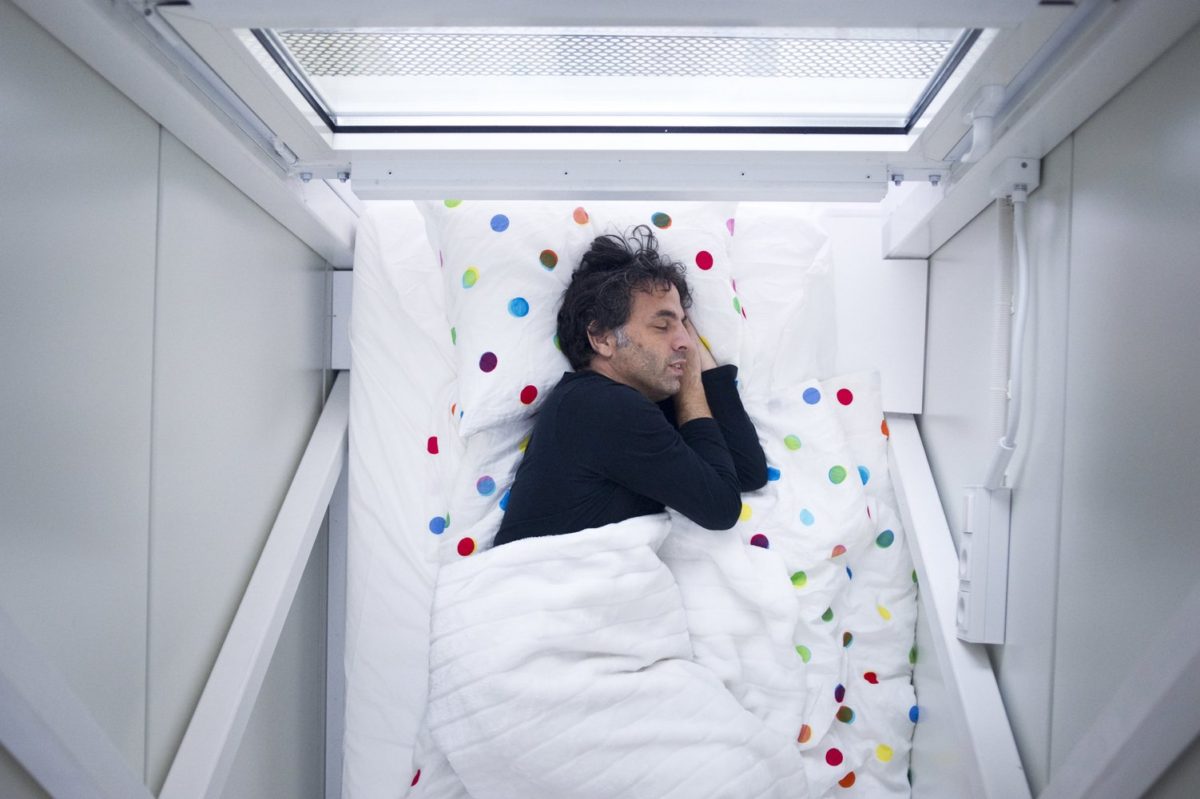 Speaking about spaces of irregular shapes and ways to design them properly, we usually mean some forced circumstances related to failed layout of definite rooms. That is why it’s hard to imagine, that someone of sound mind might deliberately spend money (sometimes very big money) on an extremely narrow and absolutely disproportionate dwelling. However, things like this do happen and they are not so uncommon. We found 5 super narrow houses, in which people manage to live with pretty much comfort.

The first narrow house named “Rooftecture S” was built in 2005 by Shuhei Endo in Kobe City, Japan. The house is located on the edge of a rock and separated from the sea by a railway and a highway. Its narrowest part has the width of 1.5 meters and expands up to 4 meters on the other side. 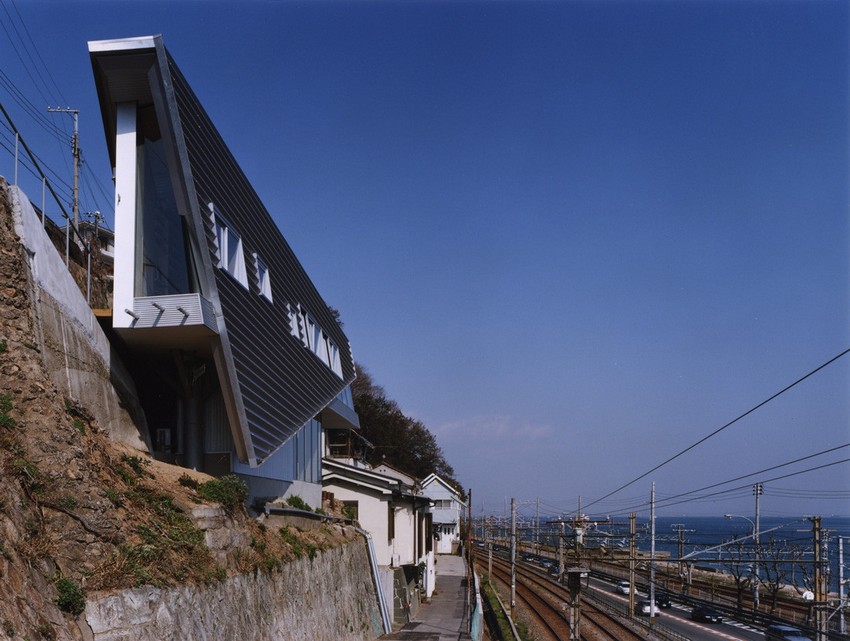 In 2011 one of the world’s narrowest houses was constructed by Polish tinkerers of Centrala Studio in Warsaw. The building was named after a famous writer and movie director Etgar Keret – the Keret House.  Depending on the rooms, its width varies between 90 and 150 cm. 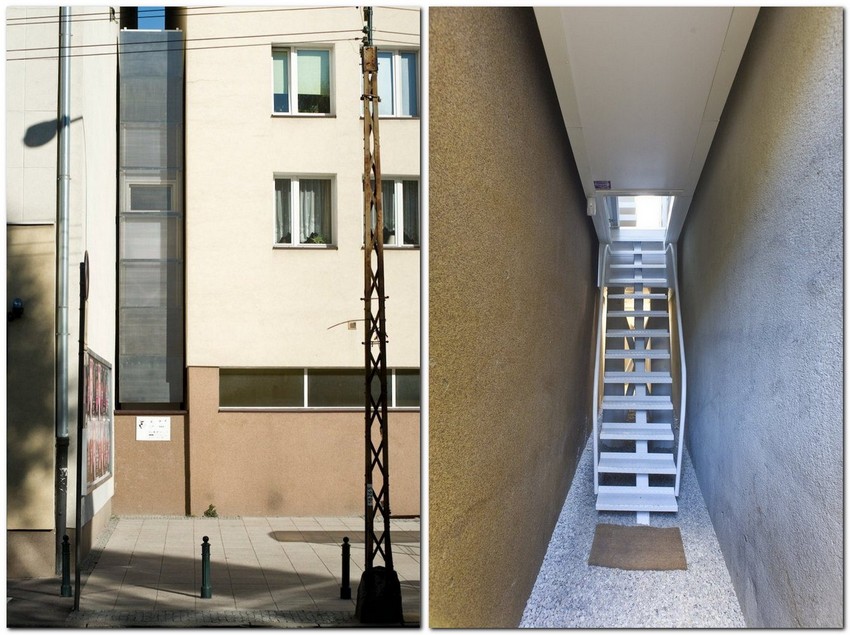 This glass house by Fujiwaramuro Architects is also located in Japan, the country that badly lacks living space and knows everything about space-saving tricks. Despite the modest width, this is one of those narrow houses, the interior of which was not at all spoiled by its dimensions. The total area of the three-floor house is about 70 square meters, the widest part is less than 4 meters wide, but thanks to significant ceiling height, panoramic glazing and well-thought-out interior design, it looks very stylish and feels absolutely comfortable for living. 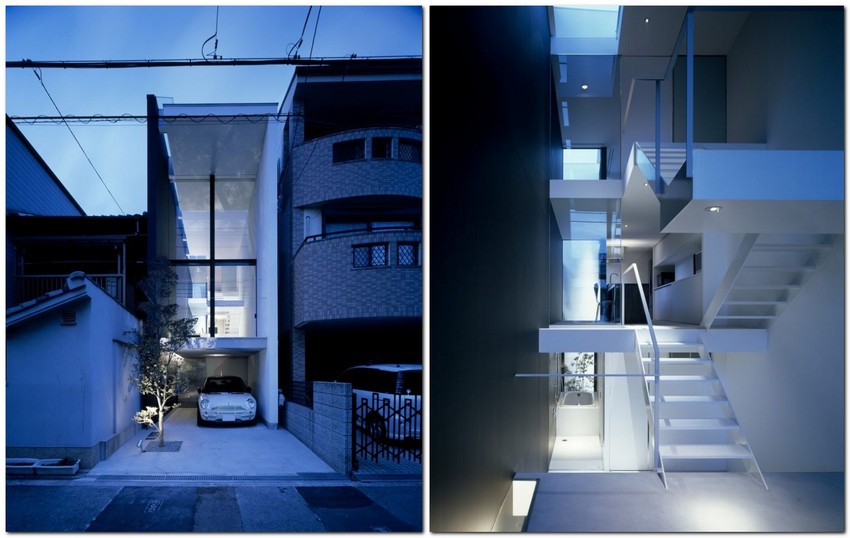 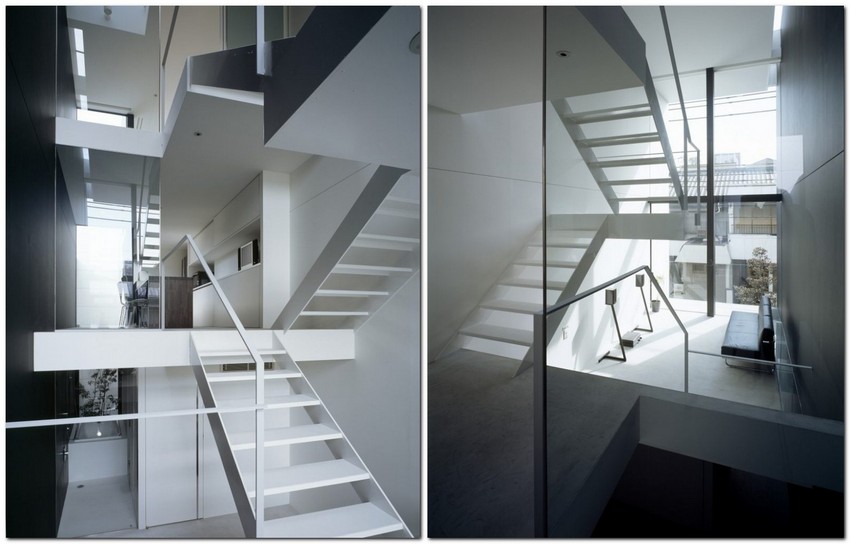 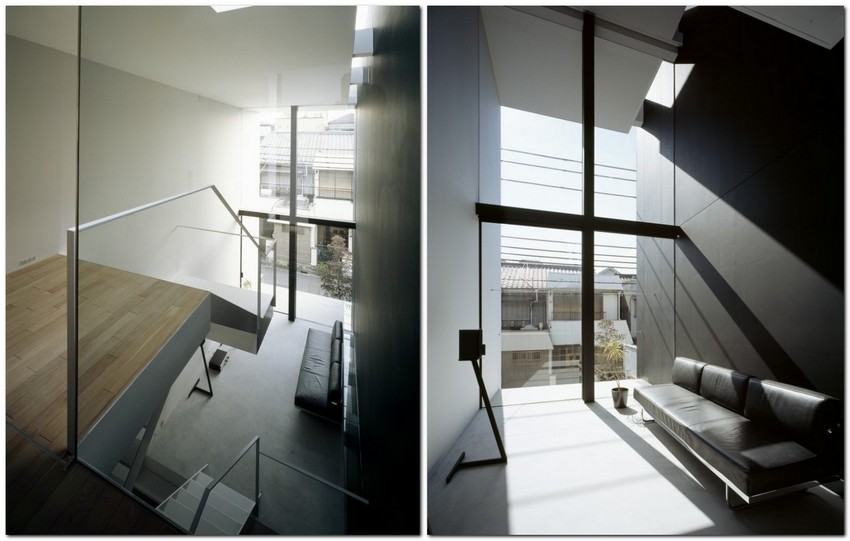 Today one can be hardly surprised by a house made from a sea container. This trend has already earned enormous popularity around the globe. But have you ever seen four containers stacked up in the middle of a big city in a narrow gap between two residential houses? The entire construction is illuminated by multi-color LED lamps and serves as a dream home for a young couple. This genial idea was generated by the authors of Sculp Studio. The only question is why the toilet bowl stands right beside the bed? 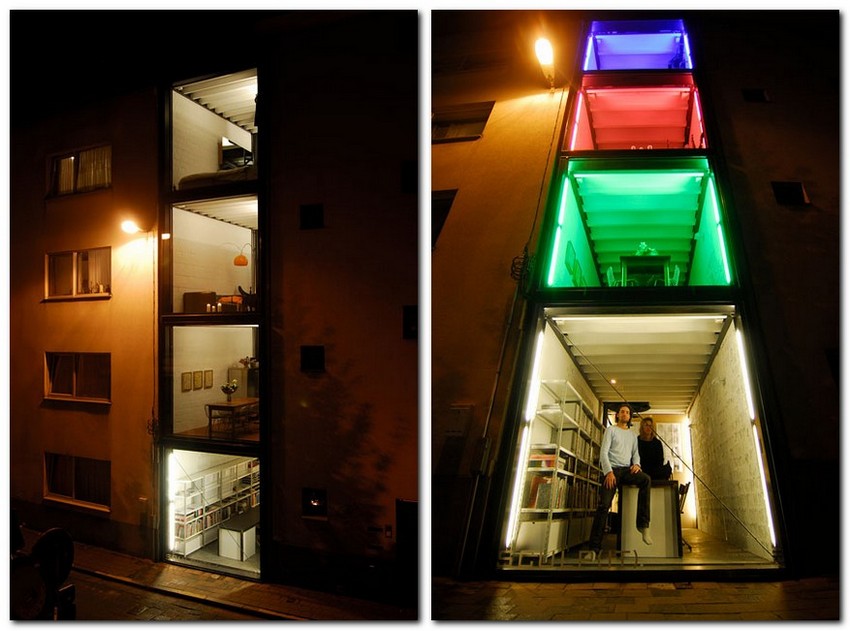 And in the end one more Japanese masterpiece called Lucky Drops. The author of the project, Yasuhiro Yamashita, created a narrow dome-shaped building, the back part of which is almost twice as narrow as the front. A very humble housing, isn’t it?