The Man Who Gave Concrete a Chance in Architecture

150 years ago an extraordinary boy was born in a small Ukrainian village. He had great things ahead of him: to change the architectural look of Kyiv, to become an innovator of his time and create over 30 great buildings: museums, schools, churches, a sugar plant, a public bath, a railway station, a hotel, villas and a mausoleum. We are speaking of VLADISLAV GORODETSKY, a famous Ukrainian architect with Polish roots and education from the Imperial Academy of Arts in St. Petersburg. 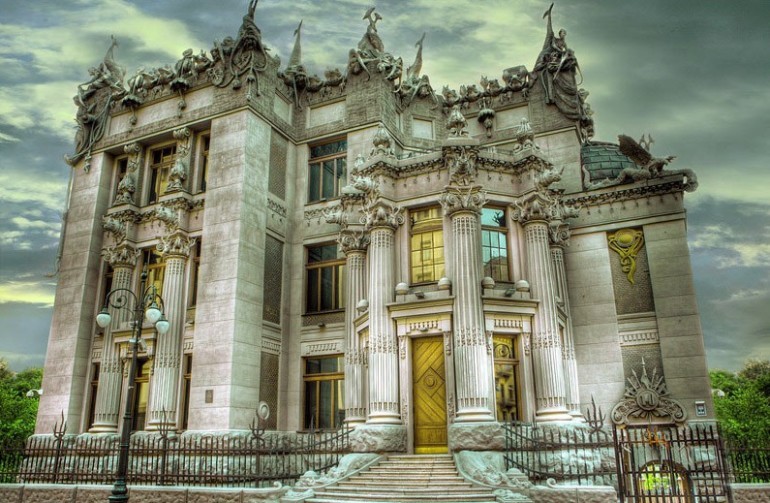 Vladislav owned a private concrete plant in the suburbs Kyiv. So the entire concrete he used in his works was of his own. At that time it was a very modern and brand new approach in the construction industry. In this post we will tell you about TOP-4 buildings of this master.

In tandem with an Italian sculptor Emilio Sala he was assigned to create a building for the National Art Museum of Ukraine (1897—1899). This has become their first collaborative project, which gradually grew into lifetime business partnership and friendship. Emilio also favored cement over other materials. Thanks to this his sculptures became so durable and strong. The central portal of the building represents a classical Ancient Greek order, and a high relief at the front of the building demonstrates the allegory of the triumph of arts. And of course a couple of lions are guarding the building.

One more masterpiece is the Karaite Kenesa (1900), a Persian synagogue in the Moorish style decorated with carved exterior and arabesques. Some people say it reminds of the Alhambra palaces in Spain. All the moldings were also produced by Emilio Sala from cement, which was a very expensive material of that time.

The world famous House with Chimaeras (1901—1903) was built by Vladislav Gorodetsky on a dare. The thing is that the land plot is situated on a steep slope and his friends said that it was absolutely lacking substantial for building constructions. Vladislav won that bet. Moreover, he turned it into a commercial apartment building, which was affordable for rent by the richest citizens only. And several rooms were occupied by him and his family. 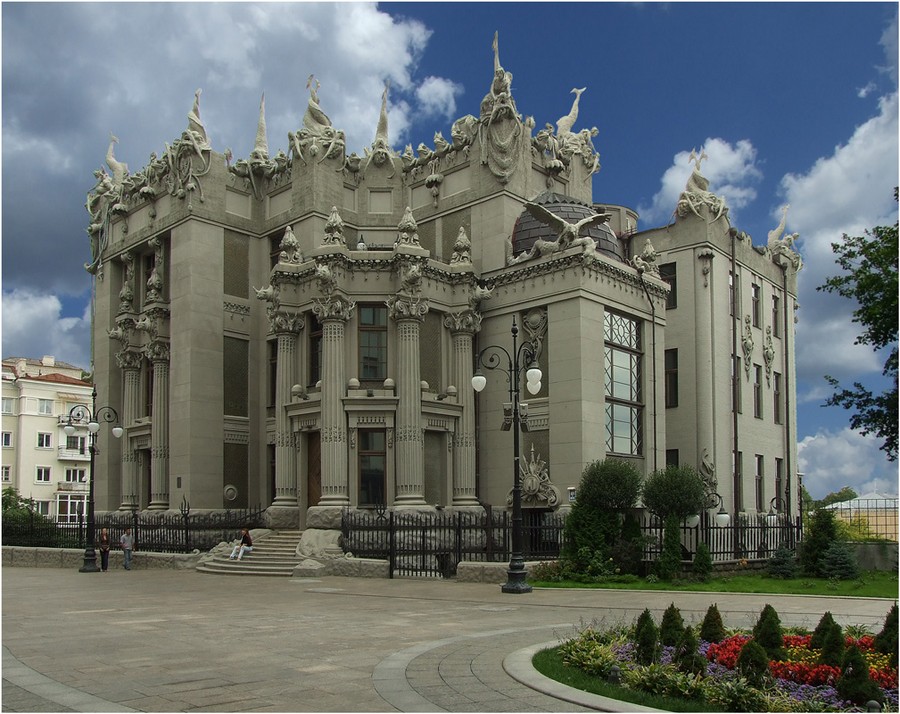 The singularity of the building is that from the street side it has three stories and from the backyard – six. Moreover, it has so much décor that one can spend hours watching it. Here you will find plenty of peculiar land animals, inhabitants of the underwater world and fairytale creatures. All of them were produced by Emilio Sala again. Most notably, now the house is the Ukrainian President’s residence.

In 1909 the architect leads the construction of the St. Nicholas Roman Catholic Cathedral. Especially for this project he travels to Vienna for inspiration. For the first time in the history of construction industry the foundation was strengthened by piles, and most of the elements were made from brand new reinforced concrete. The church represents the classical Gothic style: tall towers and spires, perfect proportions, lightness and transparency of the composition.