The Oval Office of the White House and Its Interiors

After the official inauguration of Donald Trump we, as people interested in interior design, expect the changes of the most important office of the United States of America – the Oval Office of the White House. We are wondering how much it will change with the coming of a new master. Meanwhile, we suggest you stepping back in history and finding out how this room looked like in terms of different presidents’ offices. 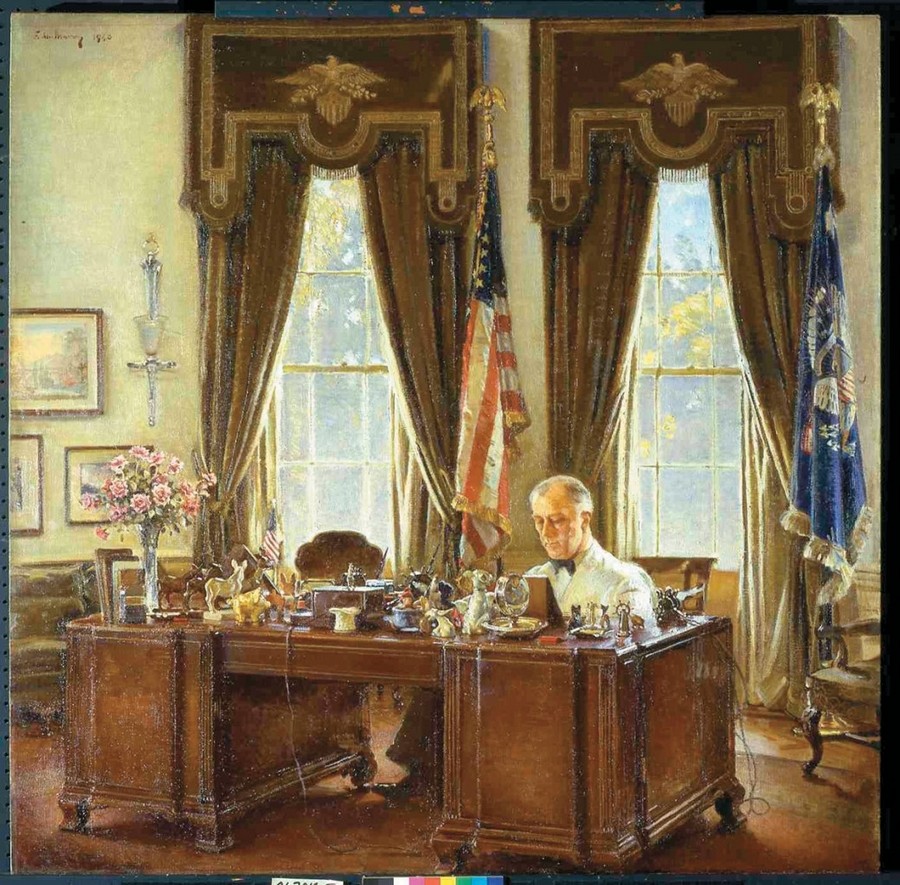 The first President to build and use the Oval Office was William Howard Taft. It was he who decided to expand the West Wing of the White House, doubling its size in 1909. After that the Office was re-built just once – by Franklin. D. Roosevelt. Ever since then the shape of the office remained unchanged, while every new president got the right to re-design the interior to his or her taste right after the inauguration ceremony.

The basic elements of the room are three south-facing windows, four doors (leading to the garden, the corridor, the secretary’s office and the dining room), a desk by the window and a fireplace in the north end of the room. 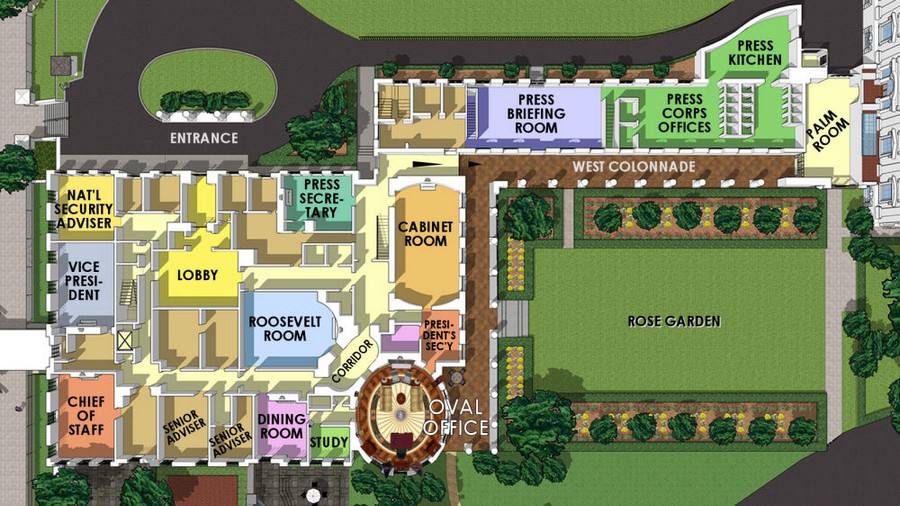 The variables are a big oval carpet taking up most of the floor, the furniture, the drapery and the artworks. The furniture as a rule includes a few chairs, bookstands, sofas, cabinets or coffee tables, depending on the s and needs of the president. But the centerpiece of the room is the desk, of course. Speaking of it, we can’t but mention a desk that has particular significance for the Oval Office – the Resolute desk. It has been here for ages and only three of forty-five presidents refused to use it. This massive desk was made from the timbers of the British frigate HMS Resolute rescued from the ice trap in the Arctic by American seamen. As a thank-you gift Queen Victoria ordered two identical desks made from its timbers, and left one for herself and presented the other to President Rutherford B. Hayes. Since then the desk was destined to become a legendary piece of furniture and a symbol of power in America.

One more interesting detail is the artworks. Presidents are free to put any to their liking from their private collections or borrow pictures from American national museums for the length of their administration. 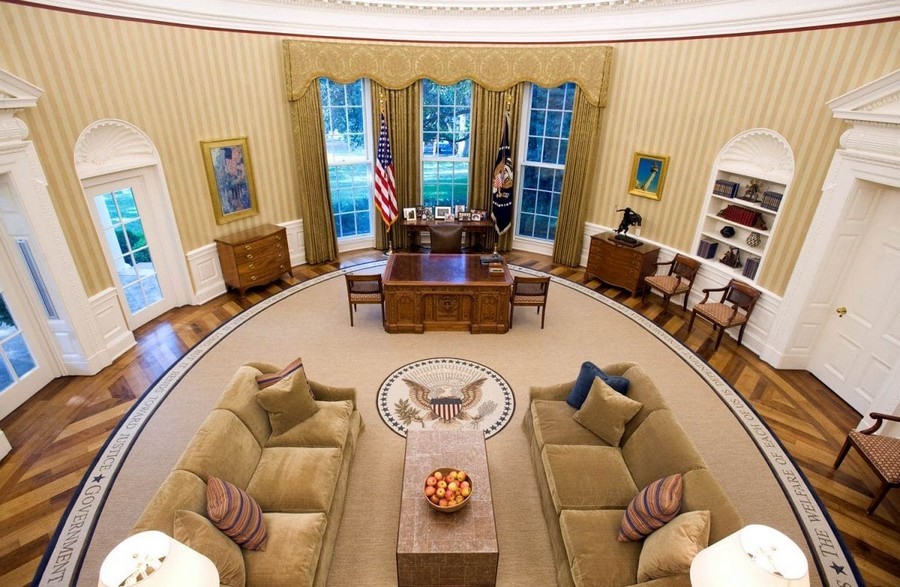 As for the new President, he is unlikely to occupy the Oval Office quite soon as now the entire White House goes through the procedure of security system replacement. Maybe this would lead to major refurbishment of the Oval Office as well?

Many people make assumptions about the centerpiece of the refreshed-to-be office. Many expect that this would be a letter written by the 37th President of the USA – Richard Nixon. Back in 1987 in this letter he predicted Donald Trump’s electoral winning!

So, let’s have a short review of the Oval Office interiors during the administrations of different presidents.

That’s the original look of the Oval Office, when it was built in 1909 by President William Taft: 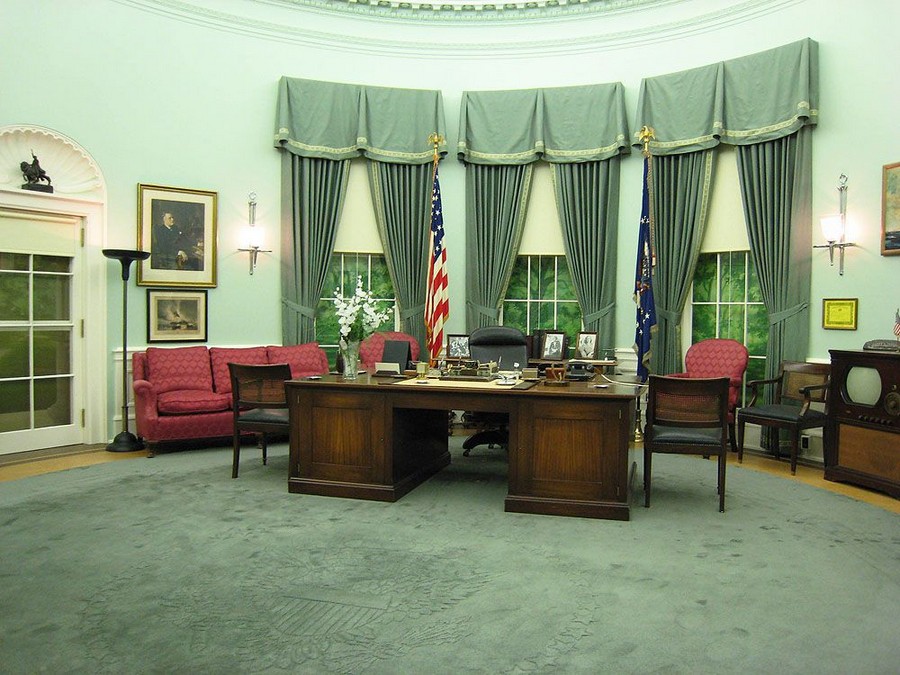 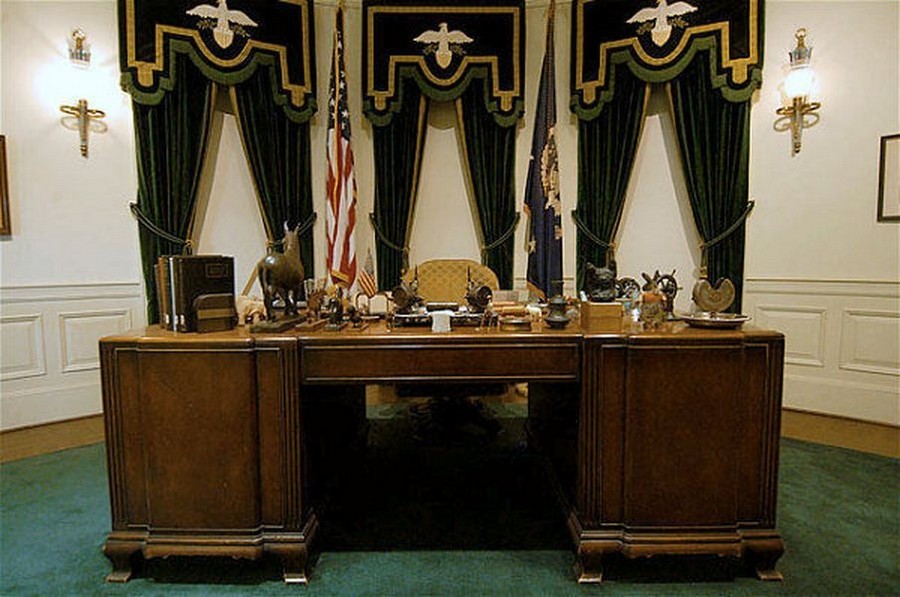 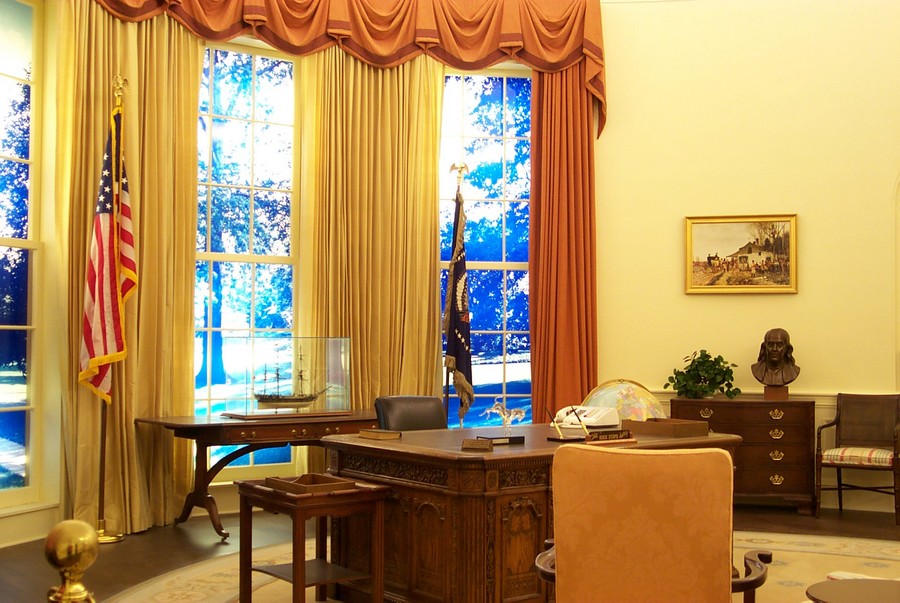