Today we suggest you having a look at an apartment that can be safely called unique. Located in a historical building of the 19th century and designed in contemporary style, it represents a peculiar mixture of modernity and respect for the past. Thus, the new masters wouldn’t demolish a stove of the 19th century, kept old brick walls and emphasized splendid arched ceilings – they preferred to keep these memories of the building’s history, having them turned into a special feature of their new home. 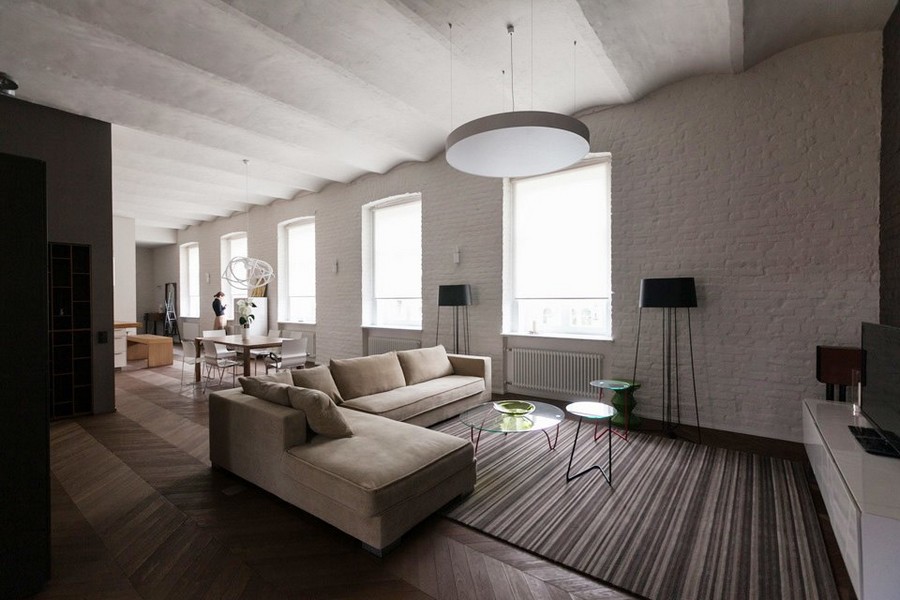 This spacious apartment (its total area is 193 square meters) is located in a beautiful part of St. Petersburg, the cultural and historical capital of the Russian Empire. The flat is situated in one wing of a large building, while the other part is occupied by an interior design gallery, which also belongs to the masters of the apartment. More than a century ago the house used to be a residential building for the employees of the Court Stables. With the coming of communist government ex-groom’s dwellings were turned into communal apartments. One more remarkable fact about the building is its impressive length: it’s absolutely uncharacteristic for the centre of a big city. The thing is that the face of the building features fifty-five windows along its length, which is seven times more than the houses on the opposite side of the street have.

The new owners moved in here in December of 2013. By that time the renovation process had lasted for more than a year already. Initially, like any ex-communal apartment, the space was extremely dilapidated. But this wouldn’t outweigh the great potential of the flat: ceiling height of 3.7 meters, numerous big windows on both sides of the building overlooking the backyard and a big historical avenue, and an operating stove of the 19th century. 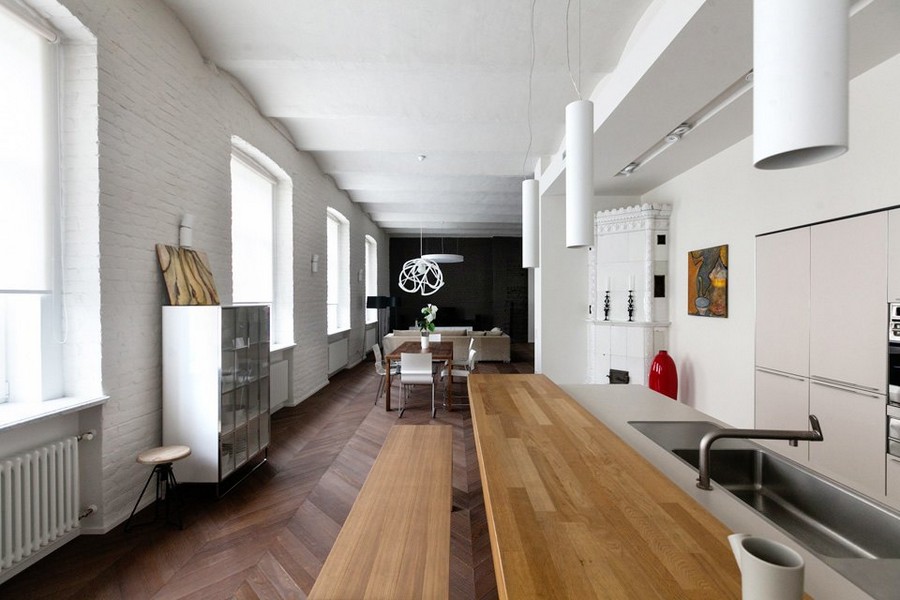 Thanks to the absence of load bearing walls inside the building, the owners managed to realize the layout of their dream – a single open-concept space, including a kitchen, a dining area, a living room and a study. 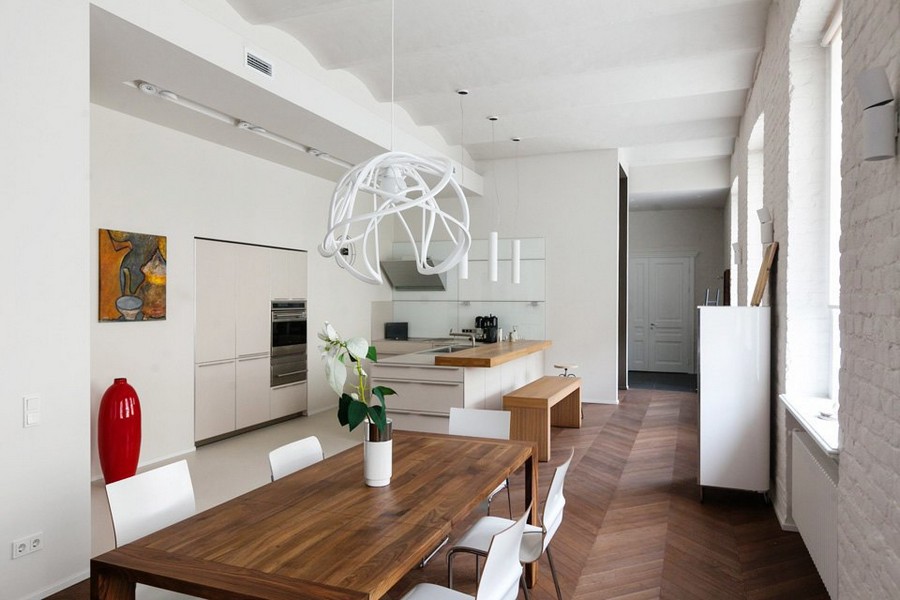 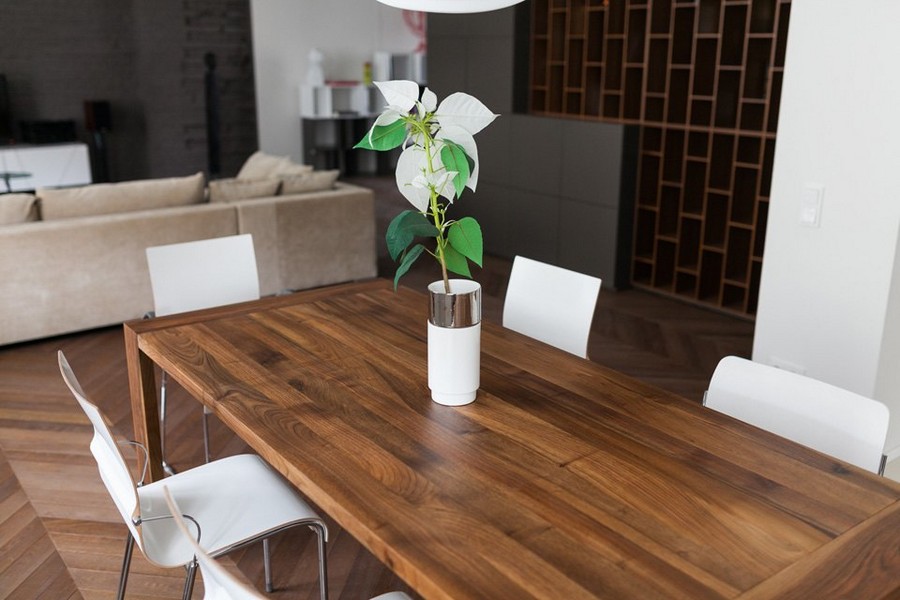 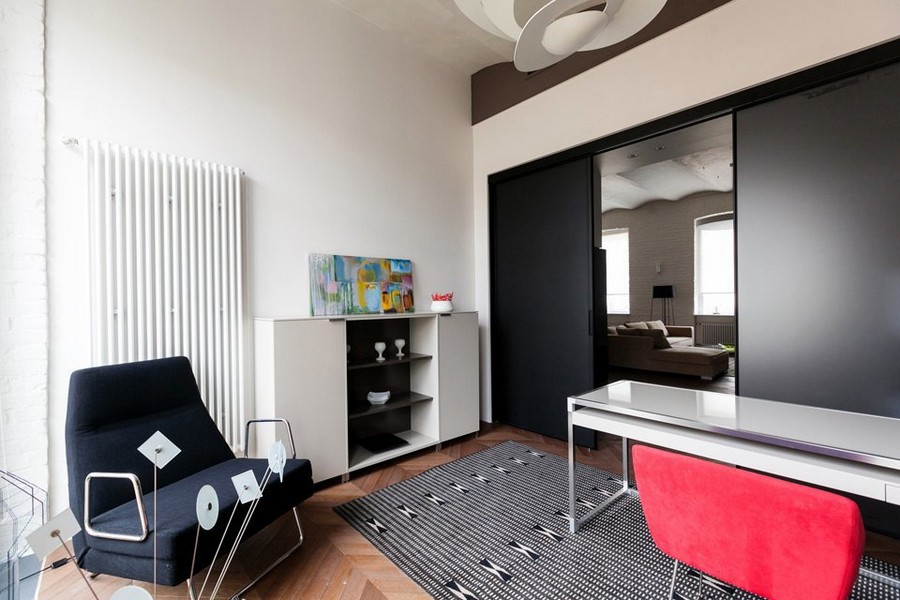 Despite a big total area, there are just two isolated rooms in the flat – a master bedroom and a toddler room, each having a bathroom exit. 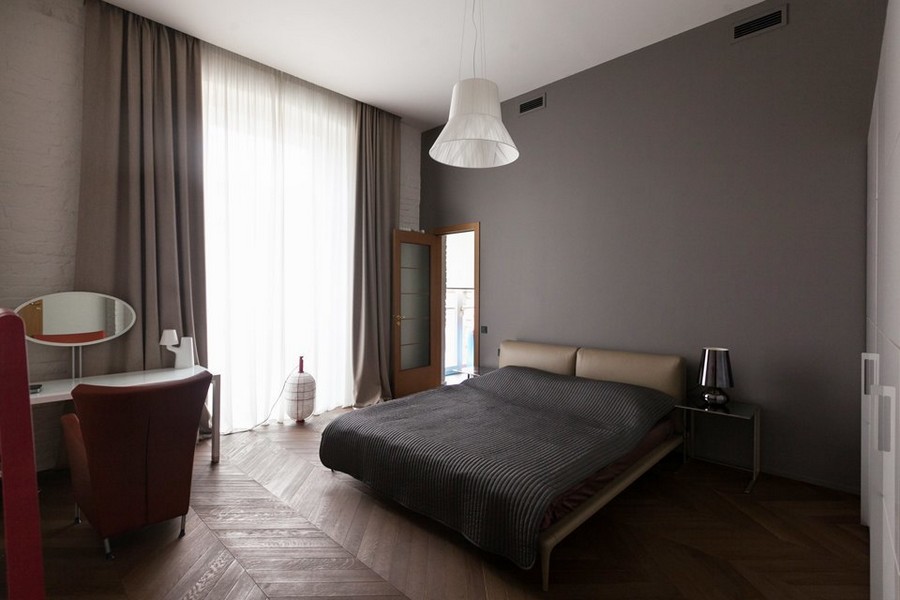 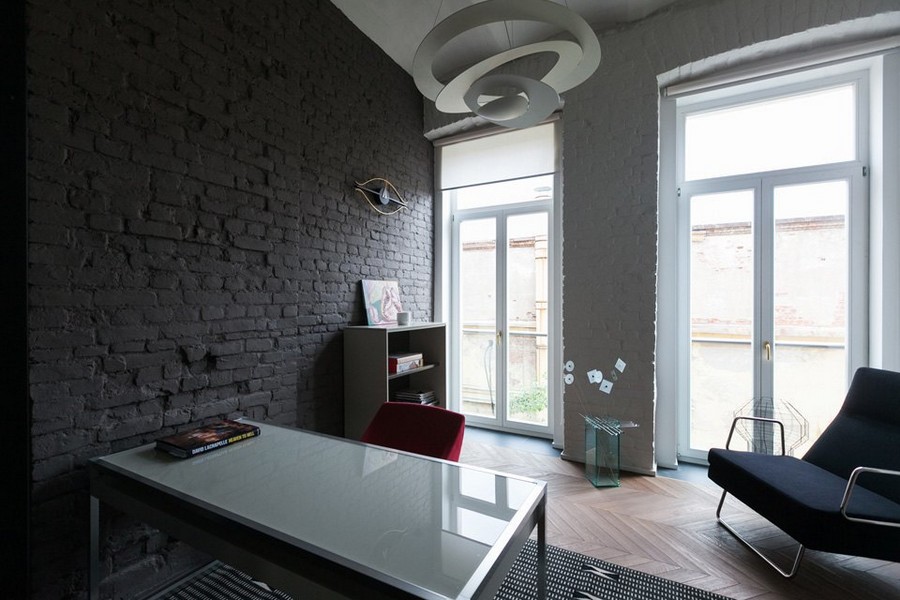 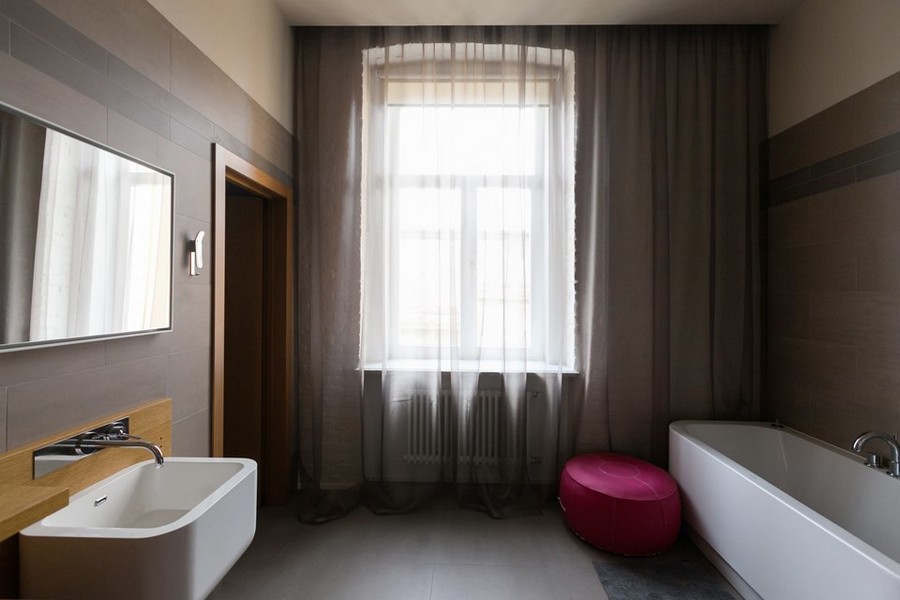 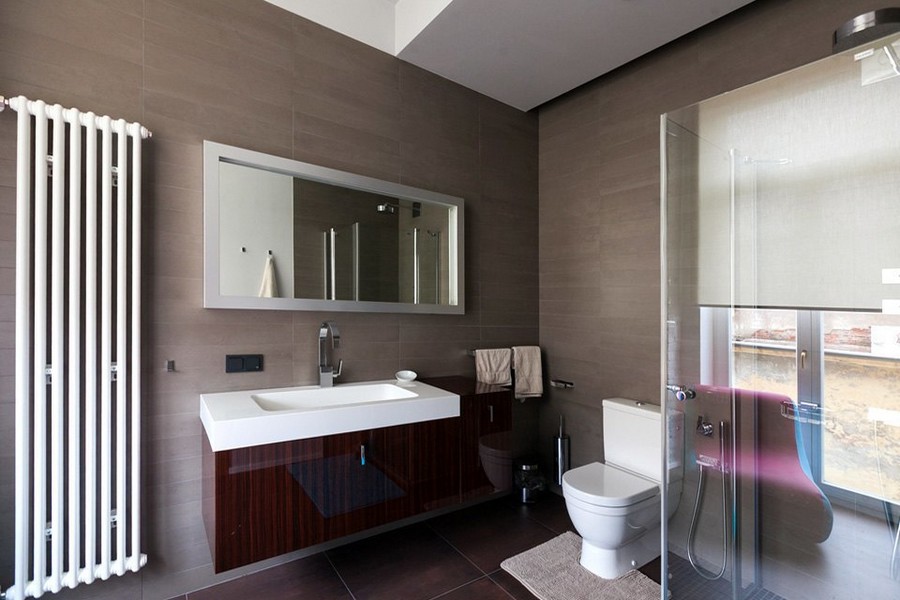 In most of the rooms the masters kept old brick walls and arched ceilings – they were just a little bit refreshed with white and gray paint. Along with the original stove on the border of the dining room and kitchen, they remind of a rich history of the building. 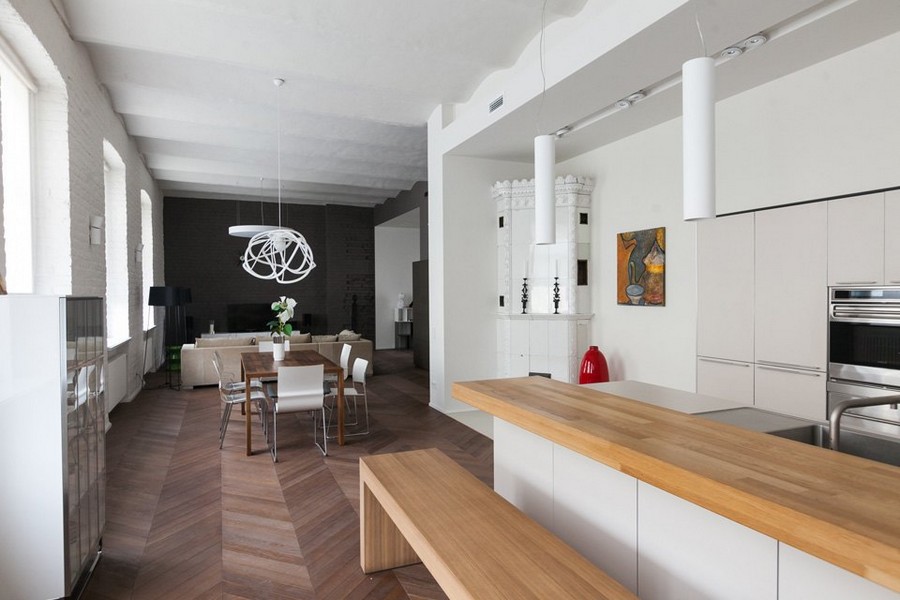 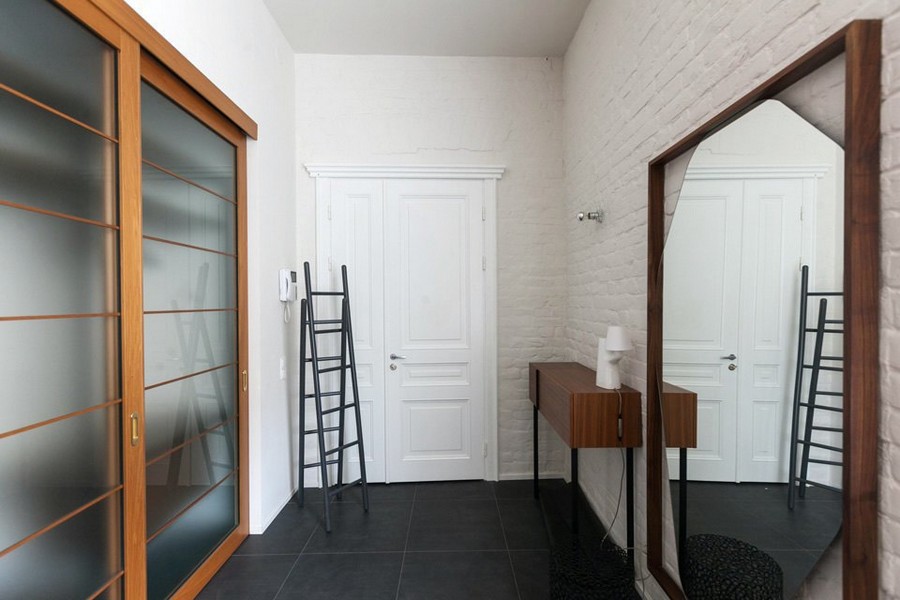 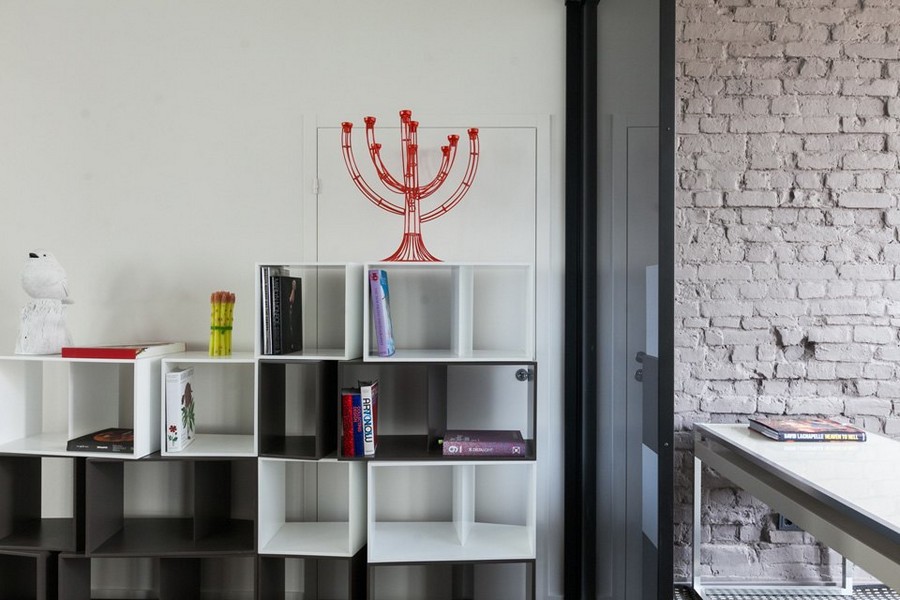 The interior is fulfilled with elements of typically contemporary design, but they were carefully selected to compliment the atmosphere of the St. Petersburg house with a history. Most of the furnishing and home accessories are made by a famous French brand Ligne Roset, and the lamps – by Delta Light (Belgium). Besides, the interior features furniture, lighting fixtures and accessories from the masters’ gallery of interior design. 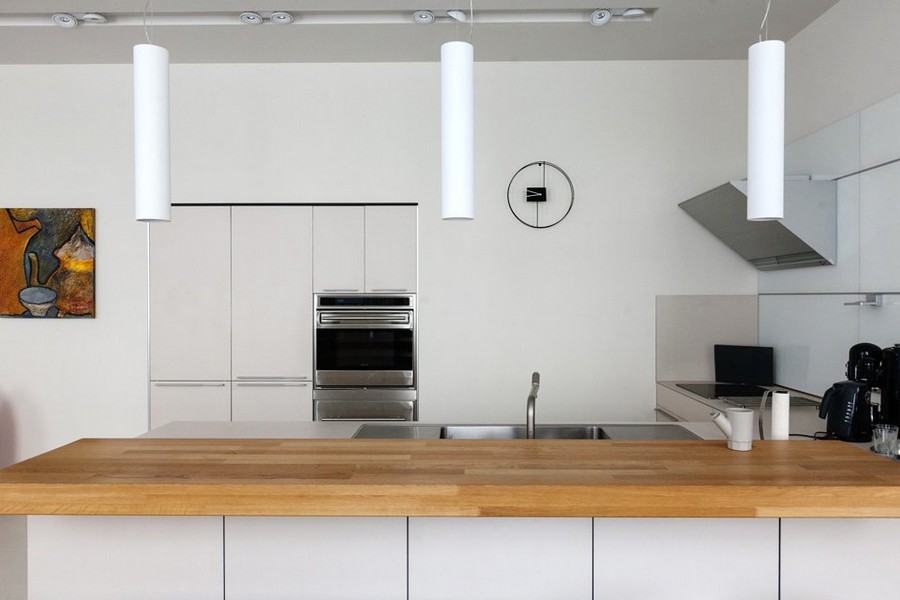 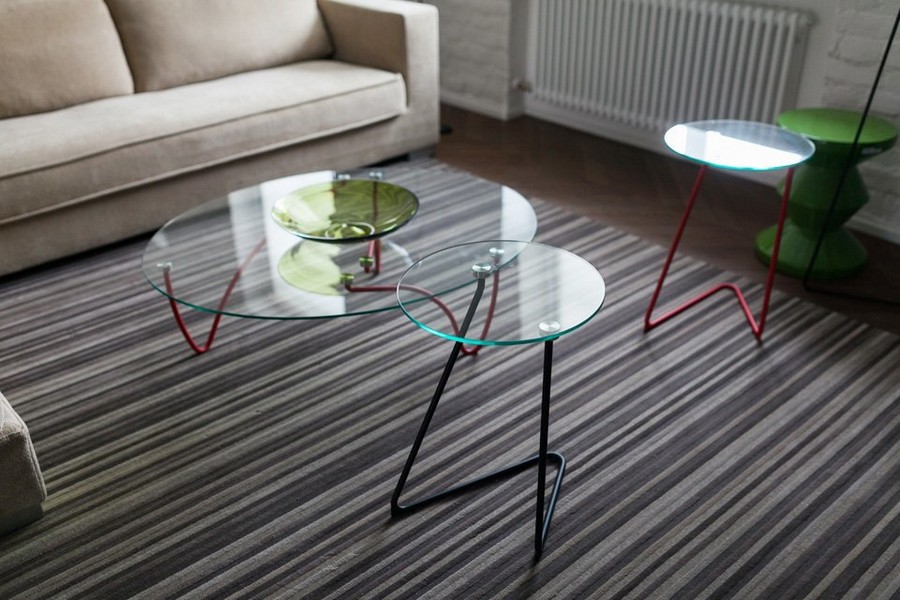 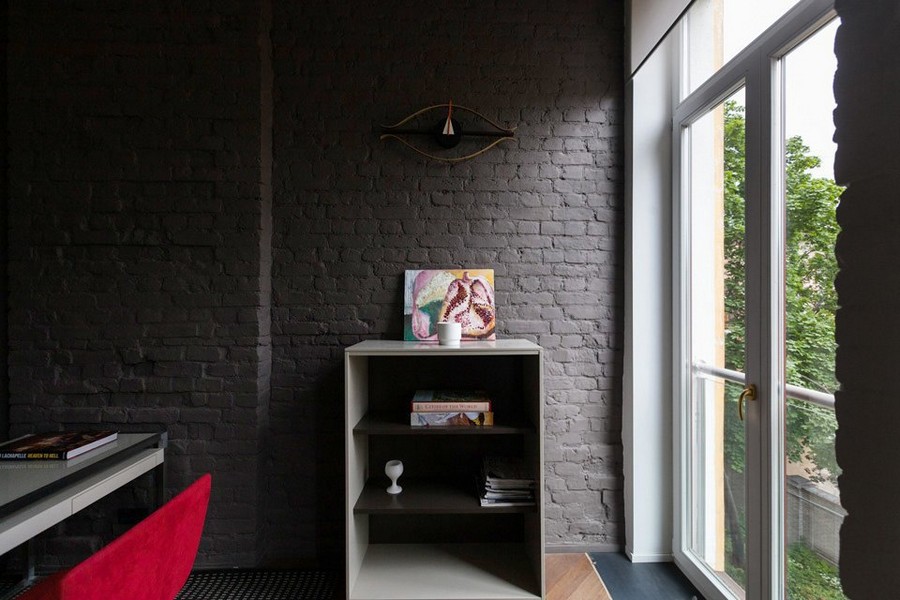 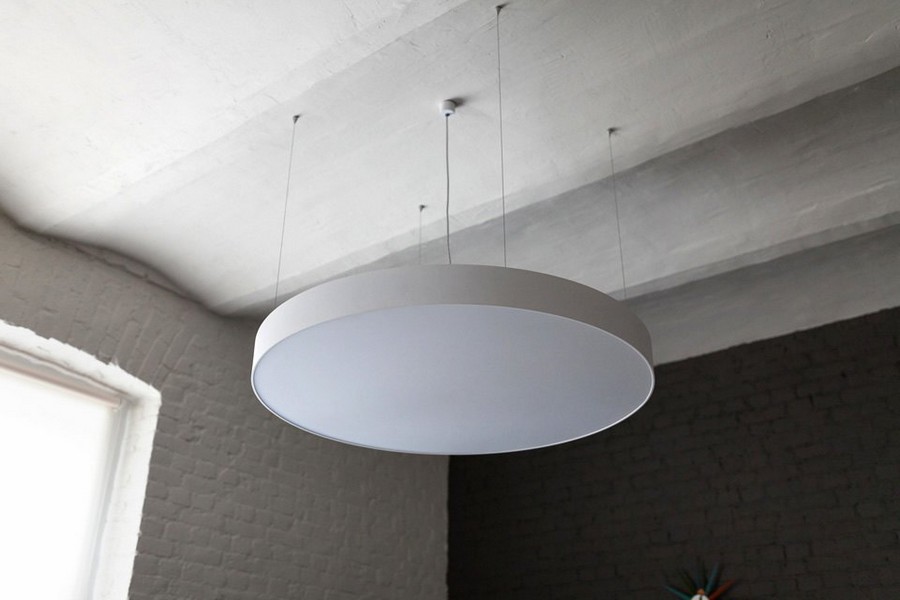 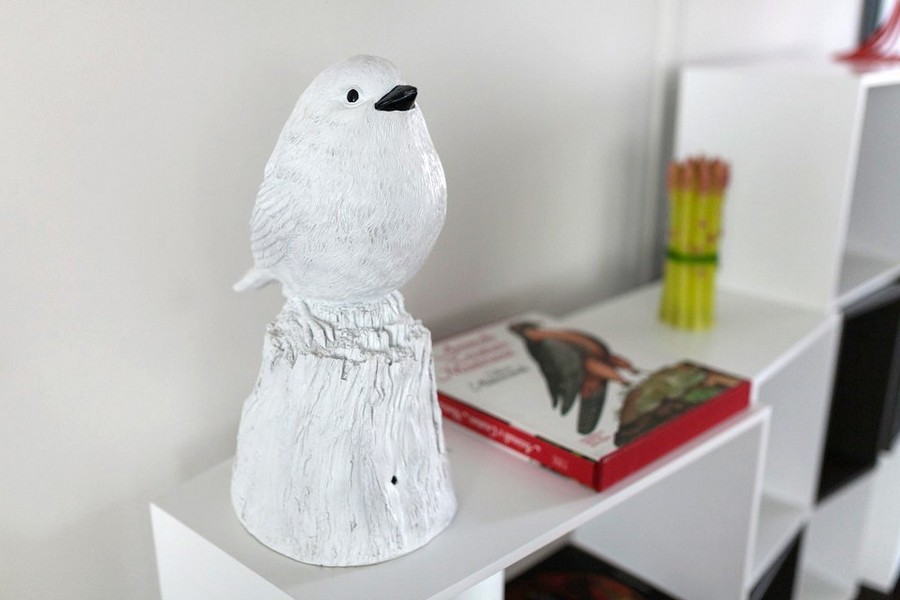