Gorgeous resorts are not another name for tropical islands or the Swiss Alps. True “jewels” can also be found not far from Moscow, and today we are going to show you one of the most precious of them. 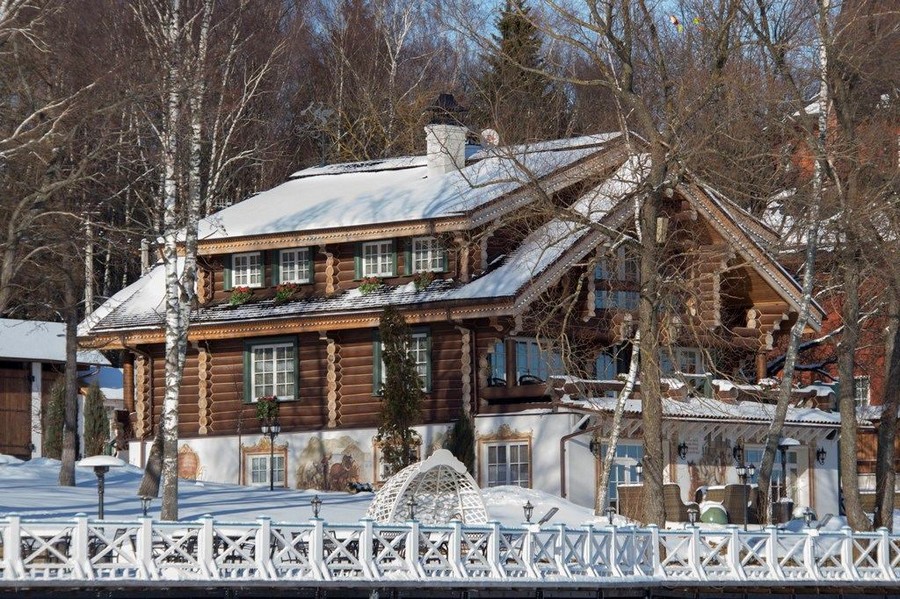 What do names of modern hotels usually say? Most of them declare their elite status, exceptionality, ultimate luxury or, less frequently, the place of location. The hotel in question is absolutely gorgeous, luxurious, unique and comfortable. And it’s named in honor of the horse. An unusual one, of course.

There is a beautiful legend about Catherine the Great, the most renowned and longest-ruling Empress of the Russian Empire. It says that the leader was on her way from St. Petersburg to Moscow and stayed for some time in the village named Solnechnaya Gora.   The royal horses were thirsty and Catherine’s favorite steed named Seneshal suffered most. According to the legend, this resulted into the issuance of a decree on the building of a channel, which later became a body of water named Lake Senezh. Though historical facts refute the above-mentioned, Lake Senezh still exists and the jewel of its shore is a gorgeous hotel, which would be decent enough to host Catherine the Great. The Empress would certainly appreciate the signboard with the hotel name, since now her favorite horse’s name is a synonym of luxury, beauty and peace.

For its demanding guests the hotel offers 11 customized rooms, each having a name of some world famous horse. Emotional colorings of the names are mirrored in the interior style of every single room: harsh and brutal names inspired the creation of interiors with massive beams and deep saturated colors, while lovely melodic names provided the basis for light and romantic spaces with exquisite details.

Most of interior elements were custom-designed and made. The windows are dressed with exclusively natural fabrics – linen and silk. The entire home textile was brought from Hamburg. Antique stuff, plaster fireplace surrounds, clocks, silver tableware, original artworks and old books about horses were searched for in the most remote parts of the Old World.

As for contemporary ideas of comfort, they are entirely present here – air conditioners, mini bars, satellite TV and Wi-Fi are available in each room.

The safest way to dive into a definite atmosphere is the direct stimulation of sensory systems. For example, the taste buds. Here a restaurant offering a great choice of traditional Russian cuisine and modern European delicacies may be of use. And to enhance your feelings, try to choose a different location for each meal. Breakfasts are especially good on the Seneshal’s terrace, dinners are great at a big dining table in the winter garden, and suppers are especially delicious on the pier, which offers a spectacular sunset view.

And of course, Seneshal is ideal for celebrations. Having a wedding here would be a true dream of every girl.