Vladimir Tchaika, a retiree from the Ukraine, has spent last 15 years decorating a common stair of his block of apartments in Kiev. During this time the shabby communal place was turned into a true royal palace – neighbors and casual visitors have already stuck on it such nicknames as “the Hermitage”, “the Versailles” or just “the Museum”. Walls, ceilings and even a rubbish chute are decorated with golden moldings, medieval artwork copies and mirrors – the predominant features of Rococo. 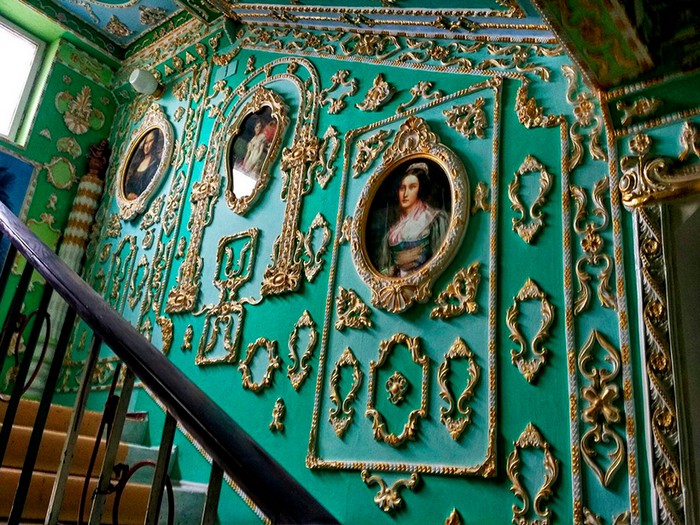 “Many years ago I proposed my neighbors that we restore our entrance hall, which was in a very bad condition, by joint efforts. But my idea wasn’t welcomed then”.

Vladimir was an employee of Underground Railway Systems. In particular he was a common blue collar in a maintenance depot and was repairing buildings and constructions.  There he got basic working knowledge and his colleague initiated him into the elements of molding craft. Fortune smiled on him again when his friend, whose hobby was sculpting, gave him his molds for casting plaster.

“Ever since then I wanted to do something beautiful for people and myself”.

The choice of style is explained by Vladimir’s education. He is a historian, and his special passion was the 17th-18th centuries. Portraits of ladies of the 18th centuries were selected by him personally – they were printed in a big size and dressed up like artwork copies.

Vladimir’s son says: “Dad is totally keen on architecture and arts. And all this beauty is a fruit of 15 years of manual laborious work. I helped him just a few times – with materials and molds. And sometimes physically – some parts of décor are quite heavy – weighing 20-30 kilos each”. 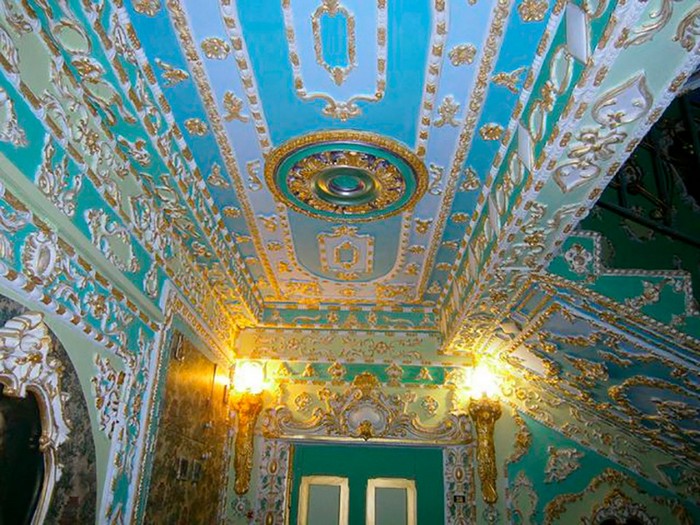 Also the staircase may boast sculptures of angels and reproductions of famous fairy-tale scenes. Houseplants are also here – Vladimir’s wife is looking after a common and a China rose.

Master says: “My next dream is arranging a fake fireplace near the radiator. But the latter is very old – I’m afraid that it can break and spoil everything one day.

By the way, Vladimir is a classic case of the shoemaker’s kids having no shoes. He confessed that his own apartment hasn’t been renovated for years, and the only thing he molded for his own was a fireplace décor for his summer house 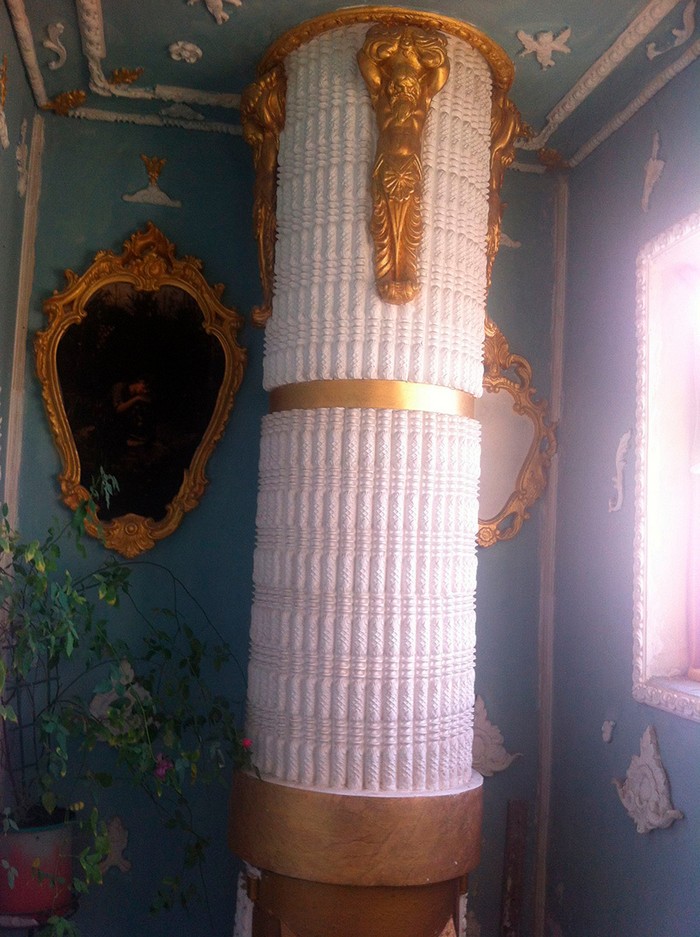