Times change and layouts change as well. Today it’s hard to find similar apartment plans – contemporary homes must be dynamic, one-of-a-kind and customized. Some people can do without a spacious kitchen, and others don’t need a preparation area at all, some are willing to have a full-fledged bedroom, while others need a private work room. Wishes of this apartment’s owner were also quite specific: he is a European businessman and uses this Moscow flat just during his short business trips. 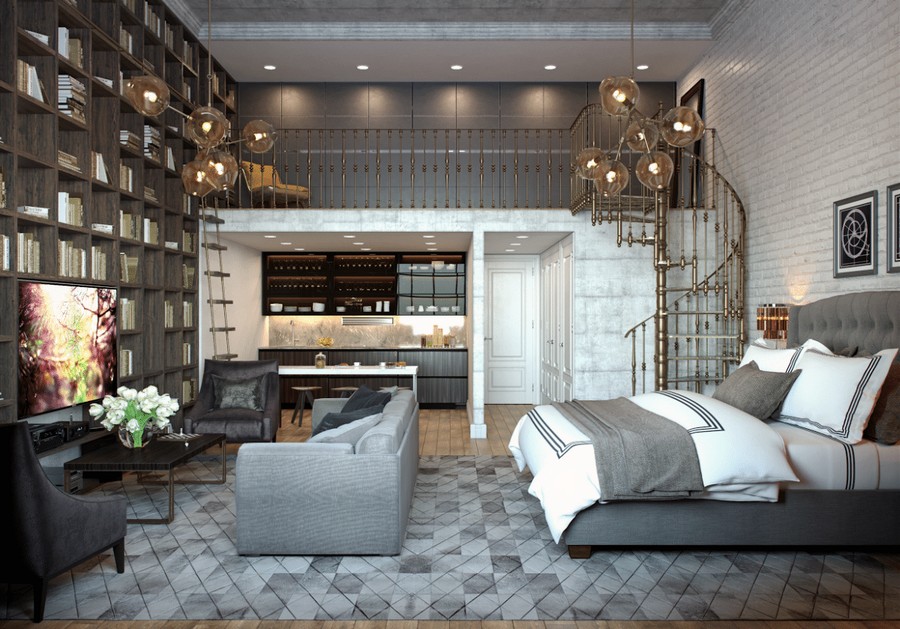 The style concept of the apartment was to a great extent pre-determined by its history. The thing is that it’s located in a former warehouse built back in the 19th century. Afterwards the building was re-constructed and converted to residential, and the remains of its warehouse past – ceiling height of 4.4 meters and huge windows – became a great advantage for its new residents.

The interior designer got an undecorated studio space with a ready-made mezzanine floor. Considering the ad-hoc nature of the owner’s visits and the initial background, the designer decided to keep the open concept of the space and confine layout arrangements to competent zoning of the space. And like that the first floor became a studio space including kitchen, lounge and bedroom zones, and the mezzanine was arranged as a storage spot including a laundry area and a cozy reading corner. 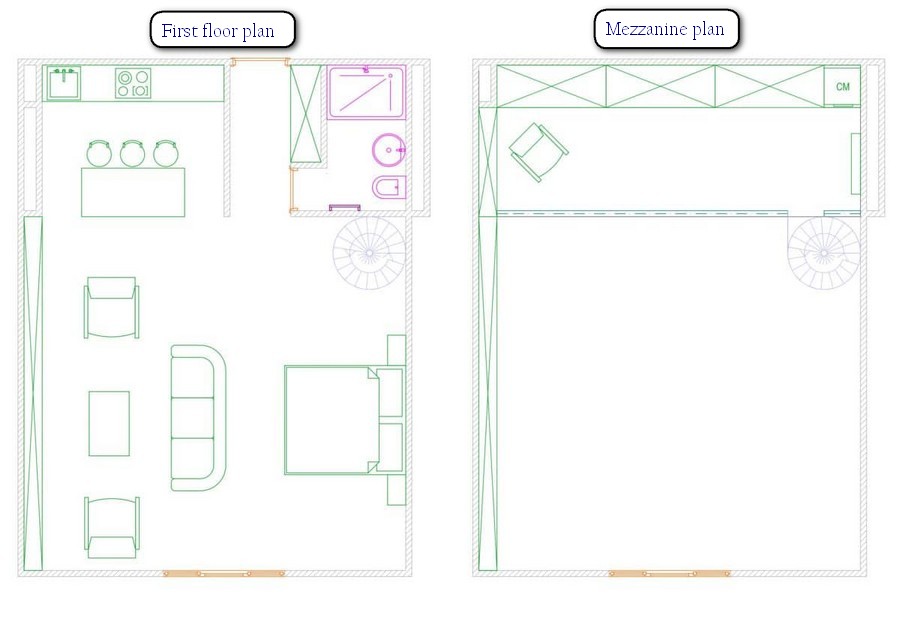 Given that the client doesn’t cook much, the kitchen area is pretty tight and arranged in a small recess. Within limited area the designer had to seek non-standard solutions, which would allow for arranging all the cooking essentials on a small territory. Thus, a refrigerator was built into one of the base cabinets, and a grate of an air intake with an incorporated vent on the wall replaced a classical cooker hood. 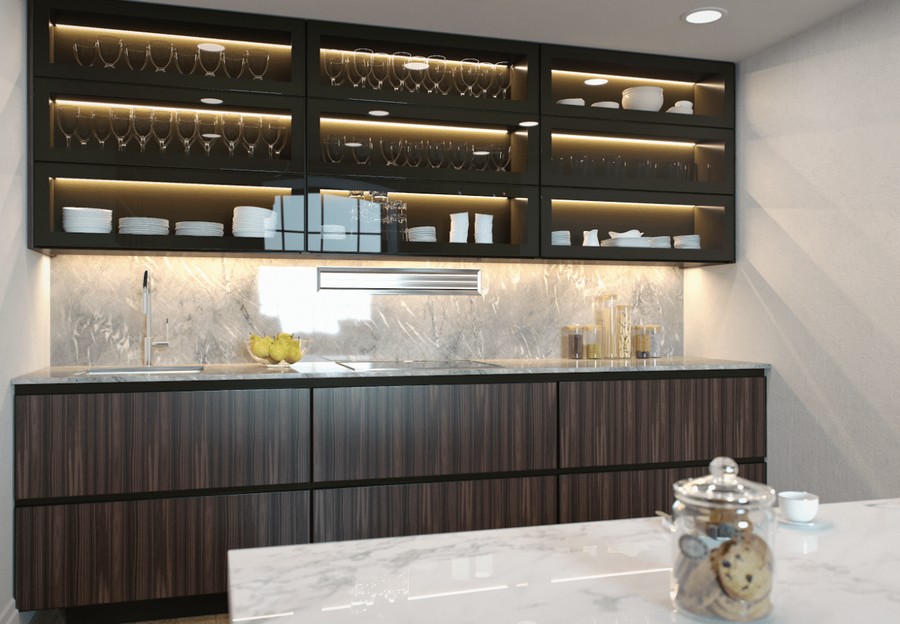 Most of the first floor area is designed for sleep and rest: a double bed, a sitting group and a TV-zone. 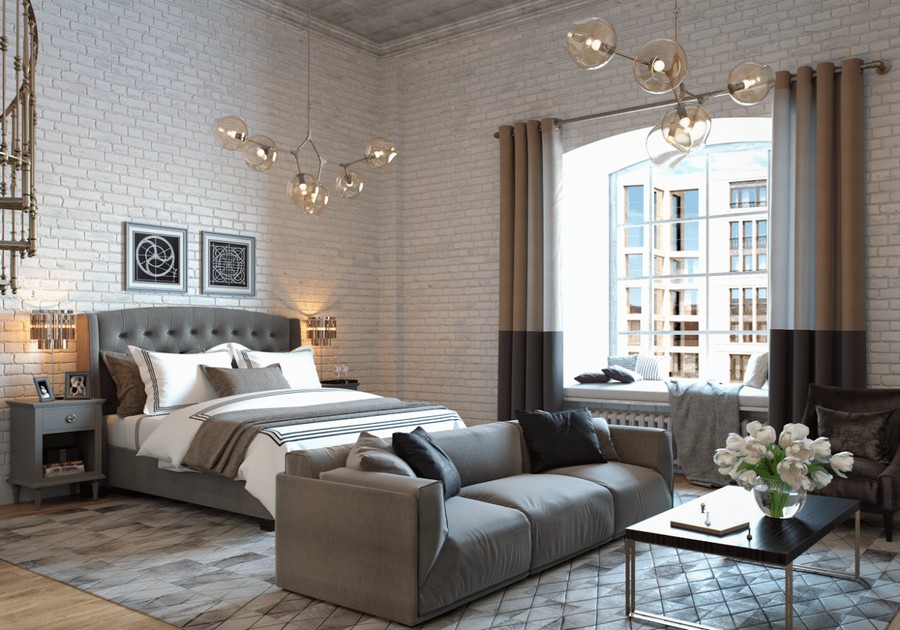 A bonus cozy nook is arranged on a broad windowsill, but the centerpiece of the interior is a great floor-to-ceiling home library that unites two levels visually. 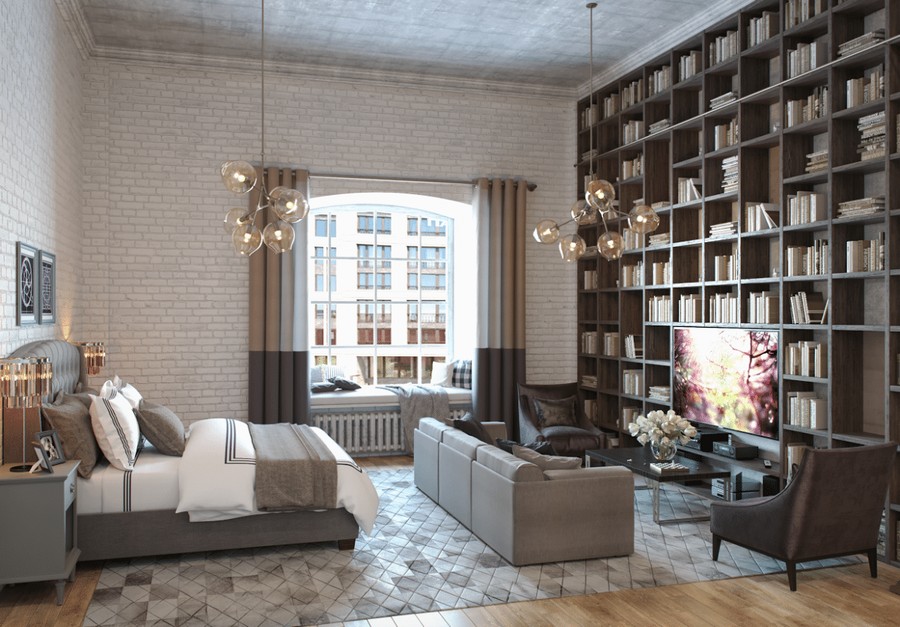 A bespoke elegant forged winding staircase gets you to the mezzanine. 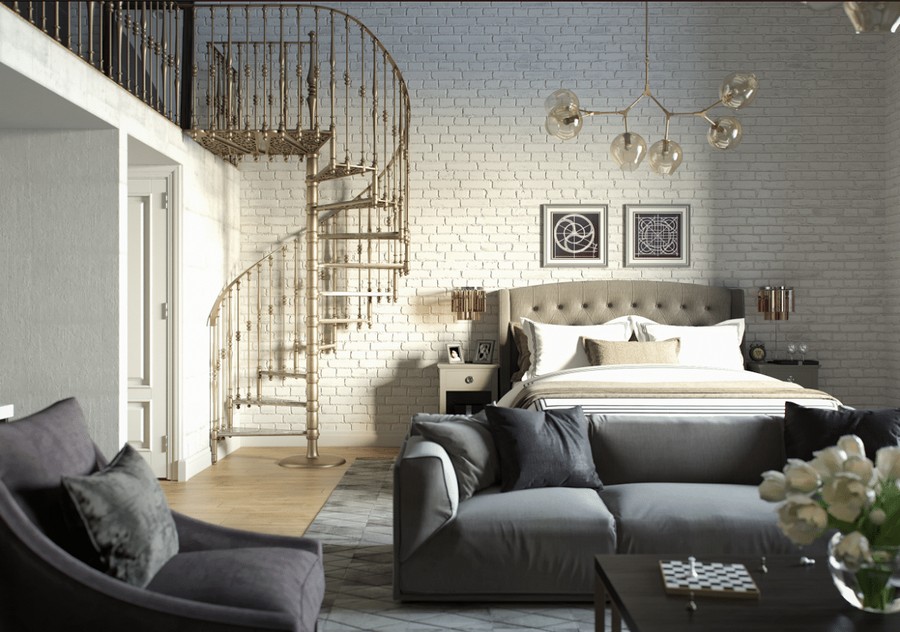 Here the entire wall is occupied by a laconic Italian built-in closet including a washing machine. The remote part of the mezzanine level is designed as a small reading nook with a soft and comfy arm-chair and well-thought-out light.

The only isolated room in the apartment is the bathroom on the first floor. It’s finished with white and dark turquoise tiles and mosaic and decorated with a group of similar round mirrors of various sizes. 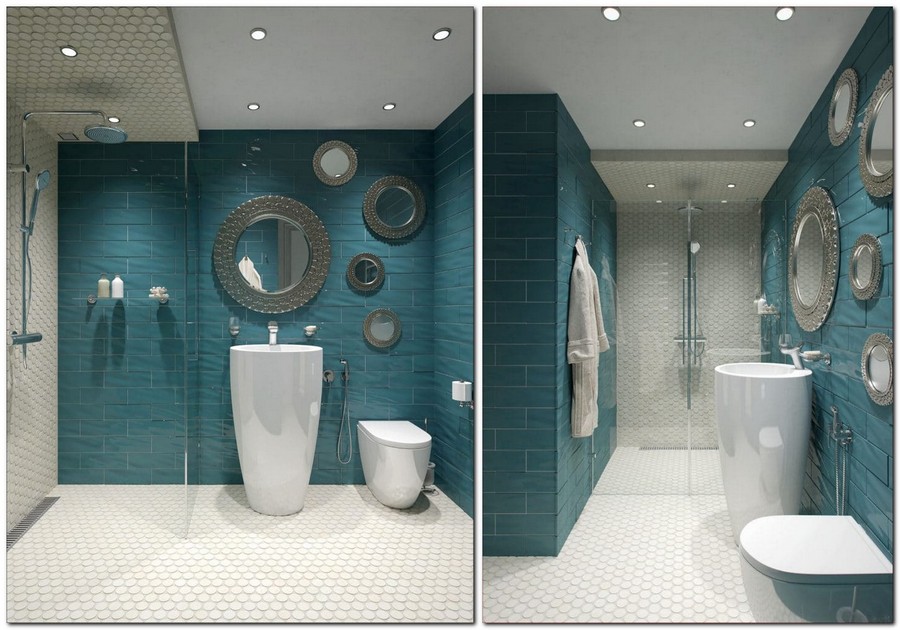