Back in 2007 the City Council of Hamburg approved the building project for a new philharmonic hall. Finally, its construction is over and on the 11th of January, 2017 it was officially opened by the first concert of the North German Radio Symphony Orchestra. 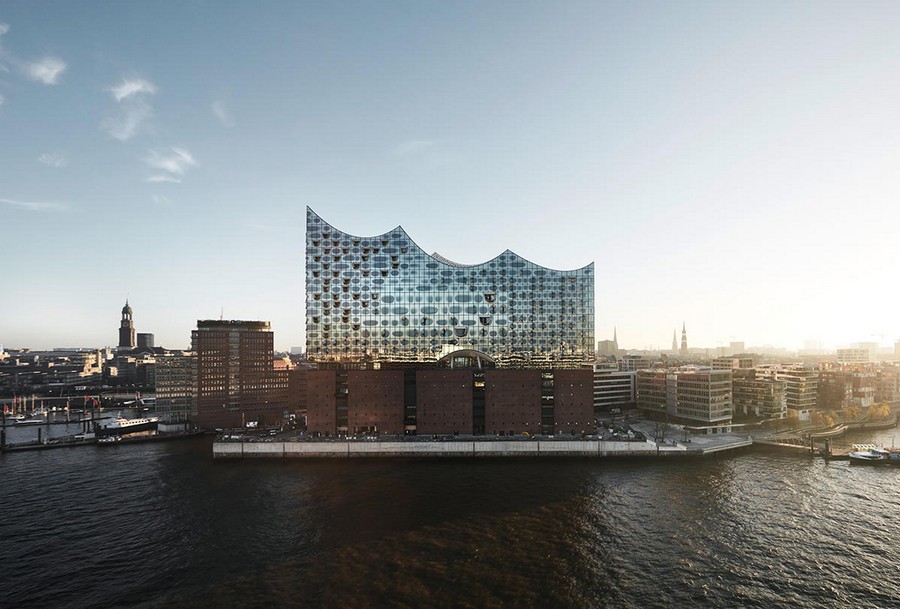 Elbe Philharmonic Hall is not just a concert hall. It marked the beginning of a new era in the Port of Hamburg. The building stands out among other buildings of the port, but still blends in with the surrounding scenery. Thanks to a great combination of shape and color it looks gorgeous, and in particular thanks to a wavy shape of the roof, which adds the sense of motion to the clear outline of the building front. 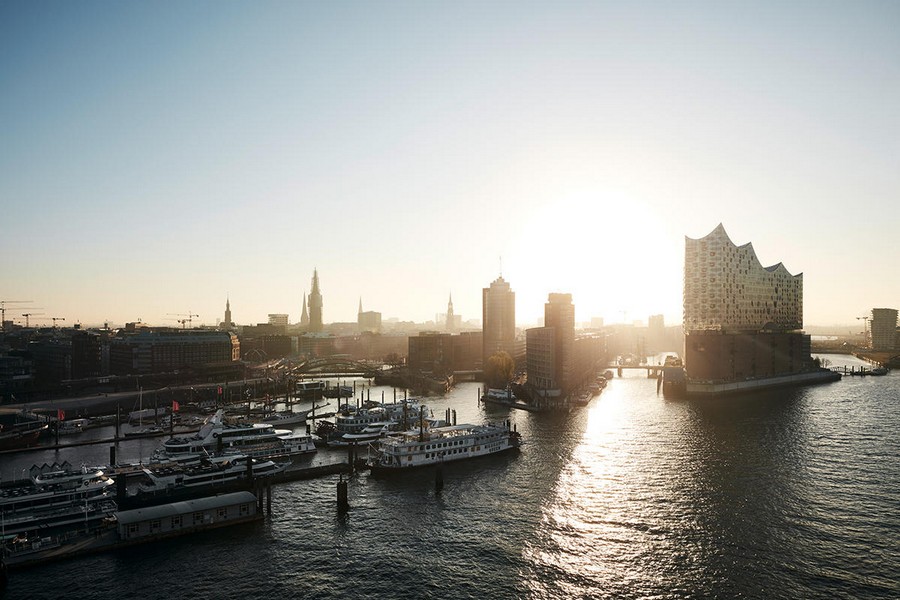 This splendid architecture is a fruit of work of a Swiss bureau - Herzog & de Meuron. Its tinkerers generated an idea to create a new philharmonic hall above the old red brick building of a former warehouse constructed in 1960s. Conveniently located on the Grasbrook peninsula of the Elbe River, it needed major repairs anyway, and now formed a perfect foundation for a modern light superstructure.

If you look at the building from the west side, it seems very elegant, almost fragile and pretty compact, despite its height of 110 meters. But from the east side the construction appears to be losing height and standing firmly on its foundation.

An impressive major concert hall seats up to 2,150 people and its interior ideally interprets the key idea of the architects – striving for participation and integration. The hall is planned on a “hillside vineyard” principle: the stage is located in the middle and the audience is seated around it on kind of “terraces”. Maximum distance between any viewer and an orchestra conductor is 30 meters. The interior is decorated with more than 10,000 plaster panels of grayish beige color, and each of them is bespoke. Thus, every recess, every hollow has its peculiar shape, letting the sound distribute around the hall, embracing the entire audience. All this makes the Elbe Philharmonic Hall one of the most acoustically advanced concert halls in the world. 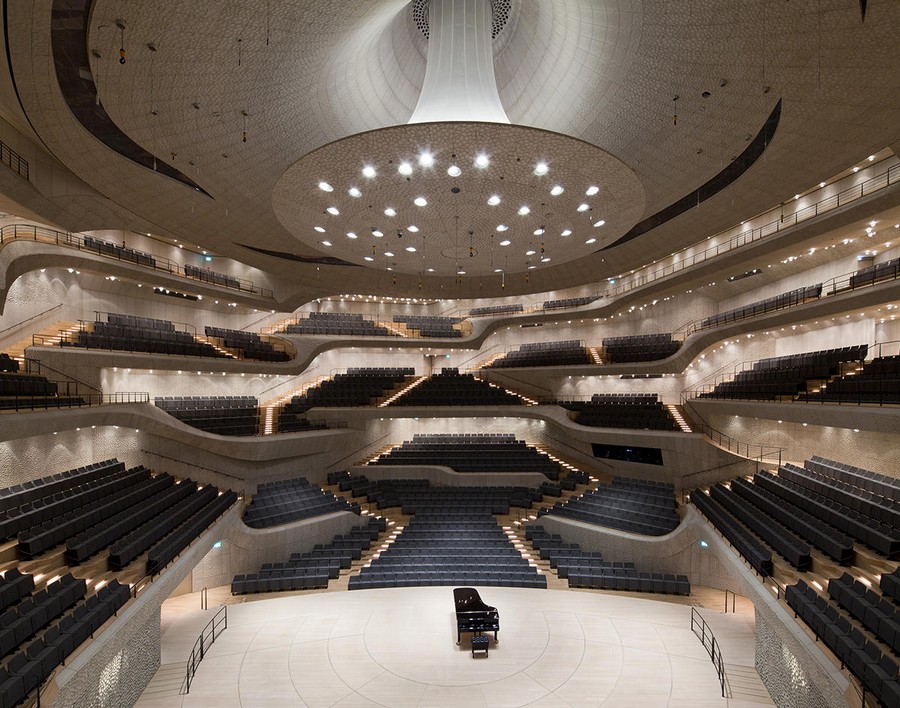 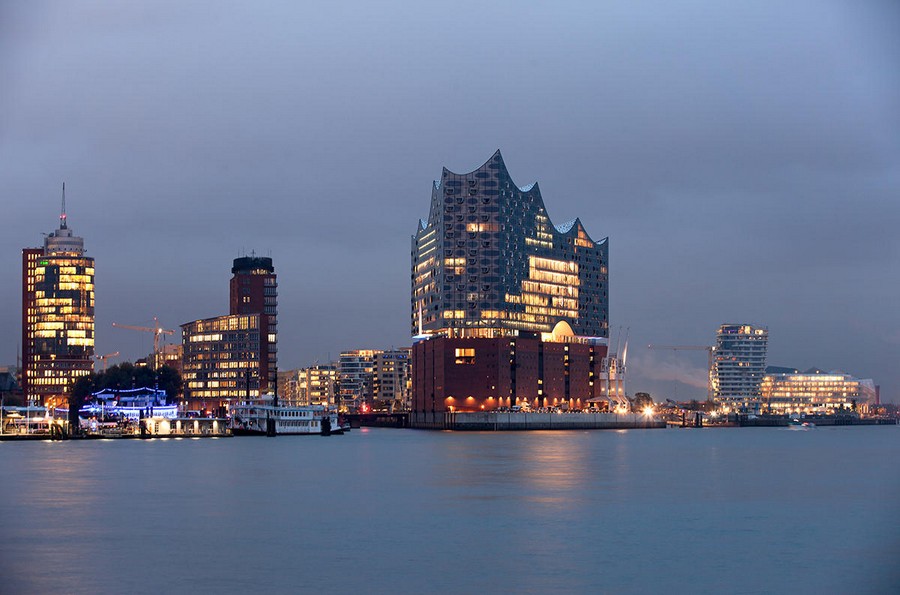 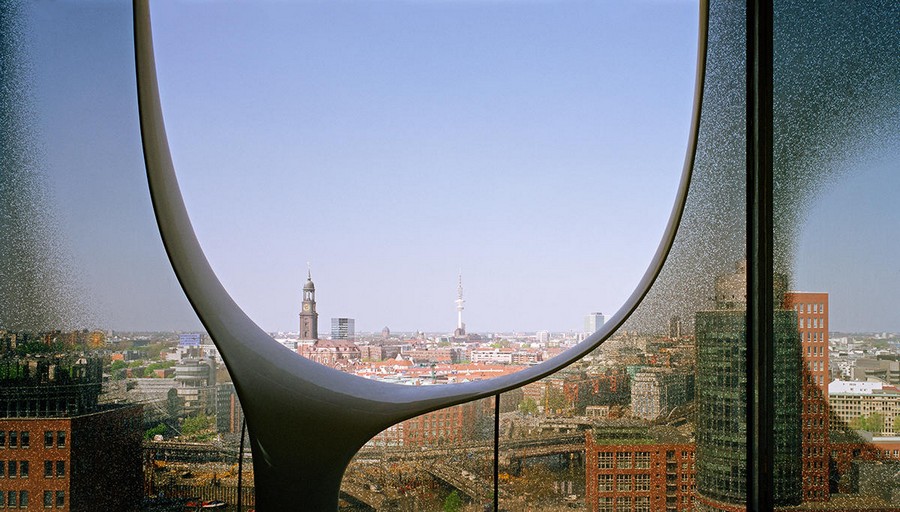