So, you and your designer have already passed the first two stages of an interior design project preparation – you prepared the requirements specification and your designer is done with general layout planning. What’s next? Find this out from this post!

As a rule drafts, or sketches, are plain three-dimensional images, which allow for understanding the dimensions of the interior. Here the role of input data is played by the general style concept and images prepared on the first stage – based on a client’s requirements specification. Now a designer has a clear idea of what shapes and forms a client likes and dislikes and thereby can offer a few versions of sketches. At this point the key issue about the drafts is to be implementable.

At this point a designer already has some ideas about some definite items of furniture and décor that would meet the budget. But don’t confuse this stage with the next one – 3D rendering. Preparing a draft doesn’t mean that a designer has already picked all the materials and furnishing. As a rule he or she just envisages some key conceptual elements. For example, a designer wouldn’t add IKEA furniture, if the budgeting and client’s wishes suppose using solid wood, and vice versa. One of the issues handled by a designer at this point is to find a golden mean and offer implementable ideas. 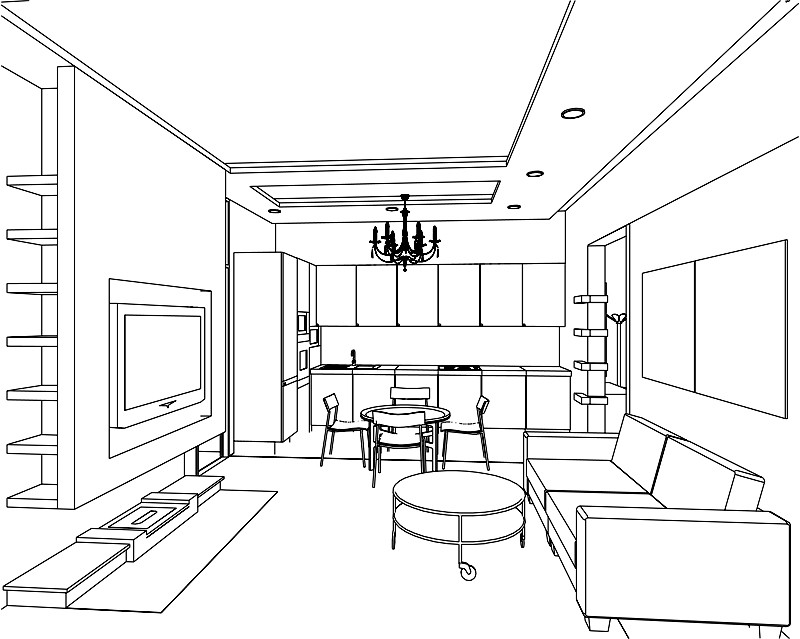 3D-rendering and picking furniture and finishes

At this stage a client gets a photo-realistic image of the future interior. A designer’s responsibility is to show his or her work on selection of materials and furnishing via 3D visualization. Every designer has a different approach, and there’s no universal way to create 3D renders. The most vital thing about this stage for a designer is to be specific about what materials and furniture he or she is going to use. And even if in the process of project implementation any material type gets replaced, it has to be similar to the one depicted in a 3D model.

One more important issue at this point is preparing a table, which includes a list of all materials and pieces of furniture that have to be purchased. If a client is searching the market and buying products on his or her own, a designer has to give particular materials and names that would be easy to find in the Internet.

Here is the 3D visualization of a basement floor interior design project that we saw in Part 1 of the article: 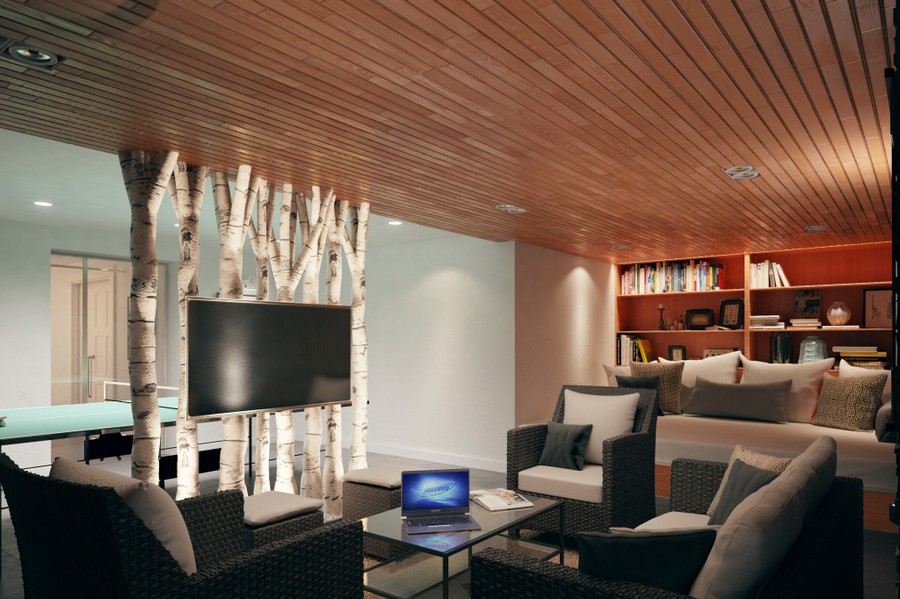 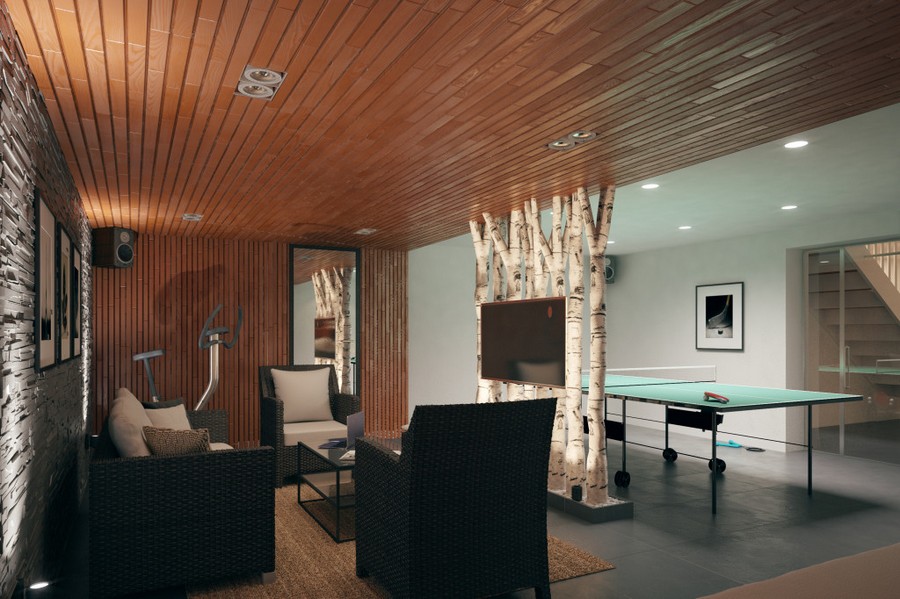 Working documents and schematics for a construction team

This is, probably, the most crucial stage of an interior design project – to consolidate all the sketches prepared by a designer within a number of schemes and recommendations for a construction team. There are two main approaches that determine their future cooperation.

On the one hand, a designer can make an extremely detailed project with dozens of schemes, plans of all interior elements, renders of all walls, tables and calculations of materials quantities. This kind of an approach is intended to minimize the number of questions from constructors: the more detailed the instructions are, the fewer questions they arouse.

The other option is to prepare a basic set of documents with several drawings and instructions. In this case a designer would stay in permanent contact with the construction team, continuously answering their questions, meeting challenges as soon as they are received and preparing drafts on demand.

Both approaches do work, but you must be anyway ready for questions, emergencies, and corrections. Neither renovation goes without them, since it’s the process engaging too many people.

And here is the final basement floor interior design that we discussed above and in Part 1 of the article: 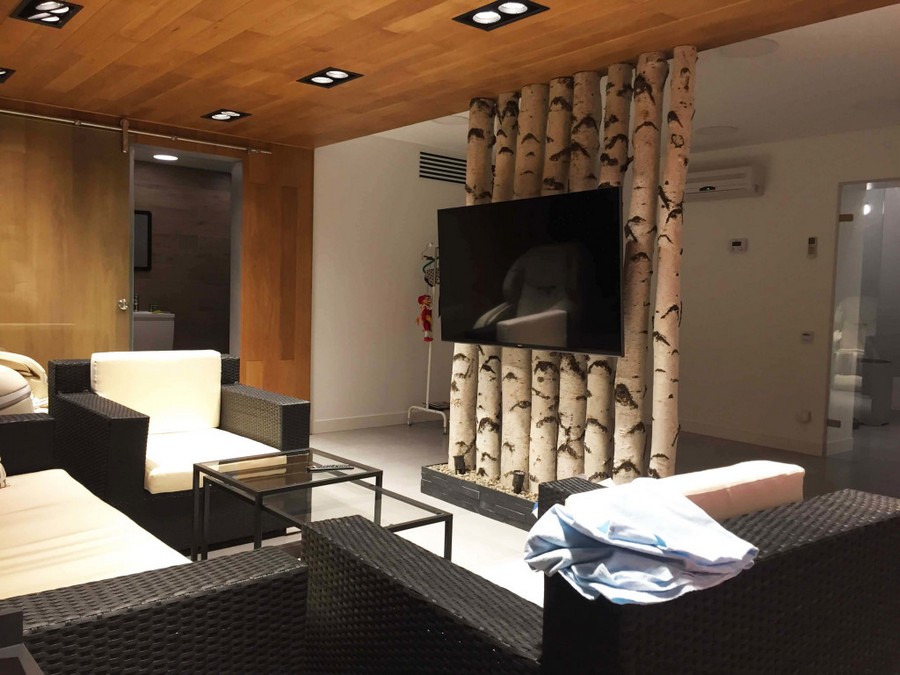