Where do interior designers work? In offices, of course! But in very special ones. It goes without saying that such creative job requires a bright, light and cheerful interior. Just like this one… 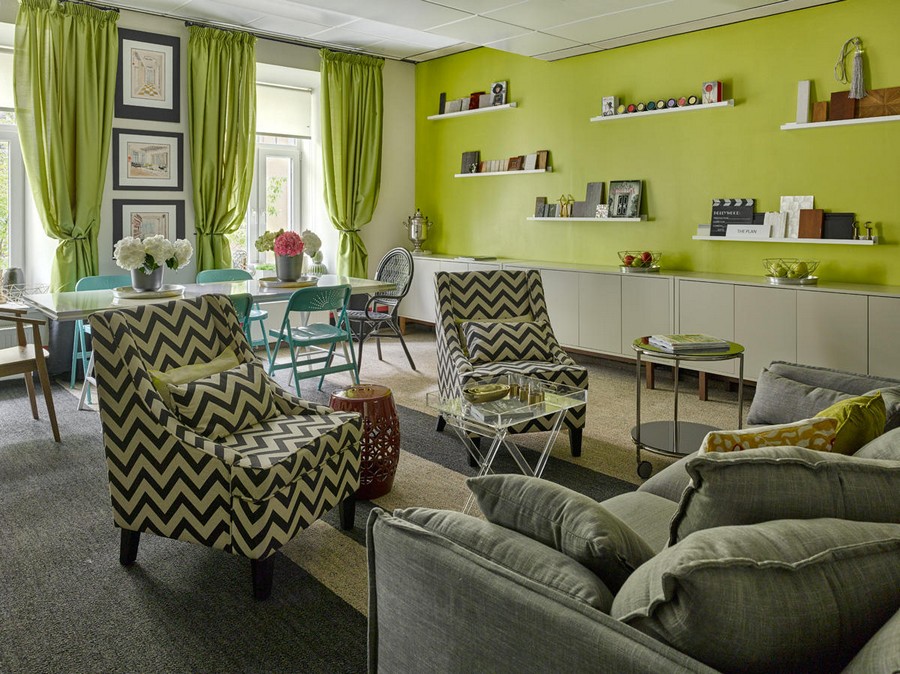 The office in question is located in the middle of a big city and has a total area of 40 square meters. It was designed for three girls, who have recently graduated from an interior design school and founded their own studio. It has become their first collaborative project and it’s here where they will work and create together. 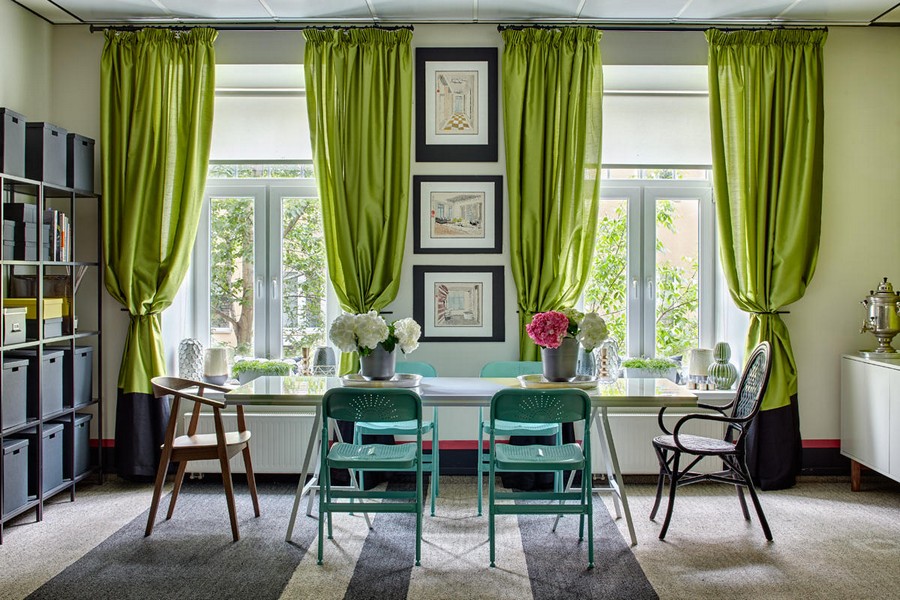 Initially the office looked quite standard and very dull. So, the first idea was to fill it with colors and accessories, which would set the right surroundings for creative process and facilitate the development of aesthetical concepts for clients. 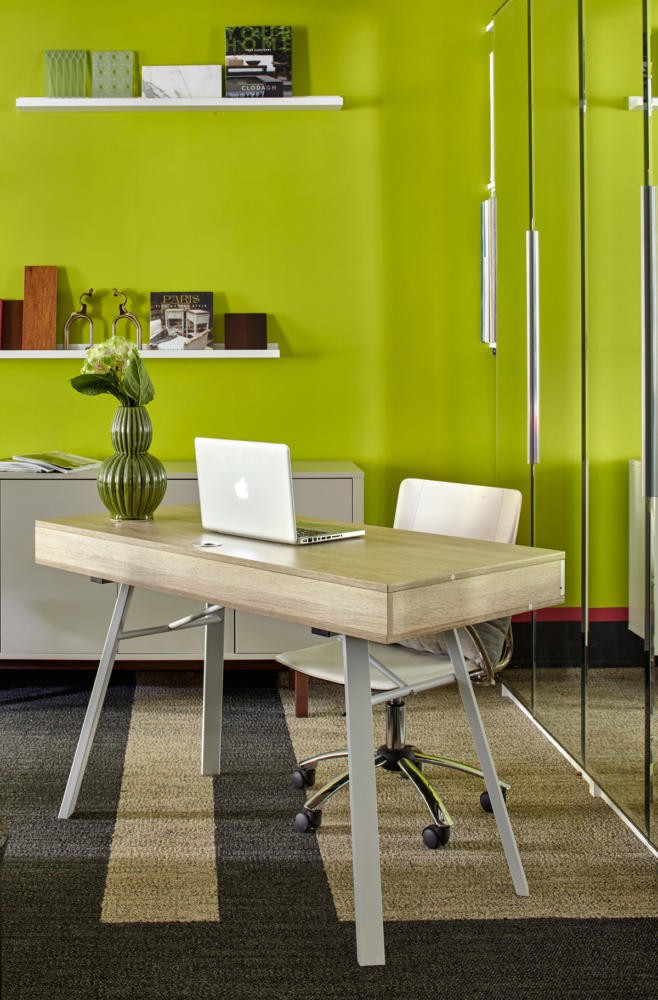 The total budget was about $7,000. For a start the space was relieved from all the walls and partitions for the sake of openness and airiness. Now it has a few outlined functional zones and storage systems arranged around the perimeter of the room. On the one side it’s a thin band of shelving units loaded with numerous boxes and books, and on the other it’s a decorative display of materials, paints, floorings, and finishes samples. 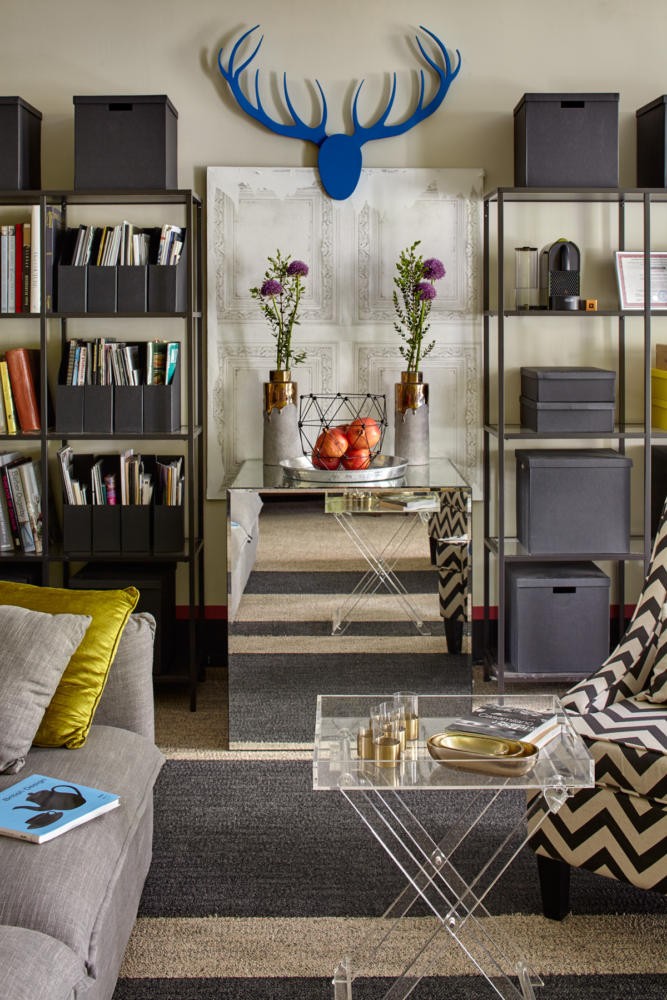 The dominating accenting color is cheerful and lively “chartreuse”, or “Parisian green” by Little Green, which is something in the middle between yellow and green. Being quite active, it was used for finishing just one wall. The rest of the surfaces were designed quite neutrally, especially considering that chartreuse is also represented in many items of décor and multiplied in mirrored furniture surfaces. 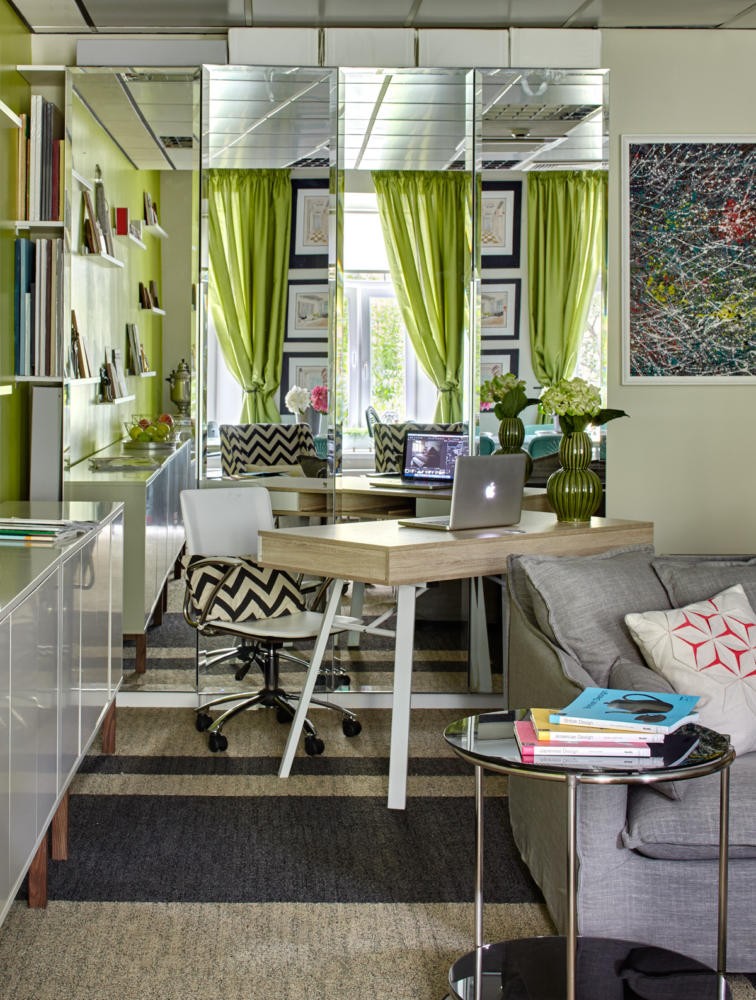 The major desk with glossy top was made in the private workshop of the studio. While the rest of the furnishing was picked from IKEA, Zara Home, and Hoff brands. And the finishing touches of this light and crisp interior are versatile pieces of décor by House Doctor, watercolor paintings and even a traditional samovar. 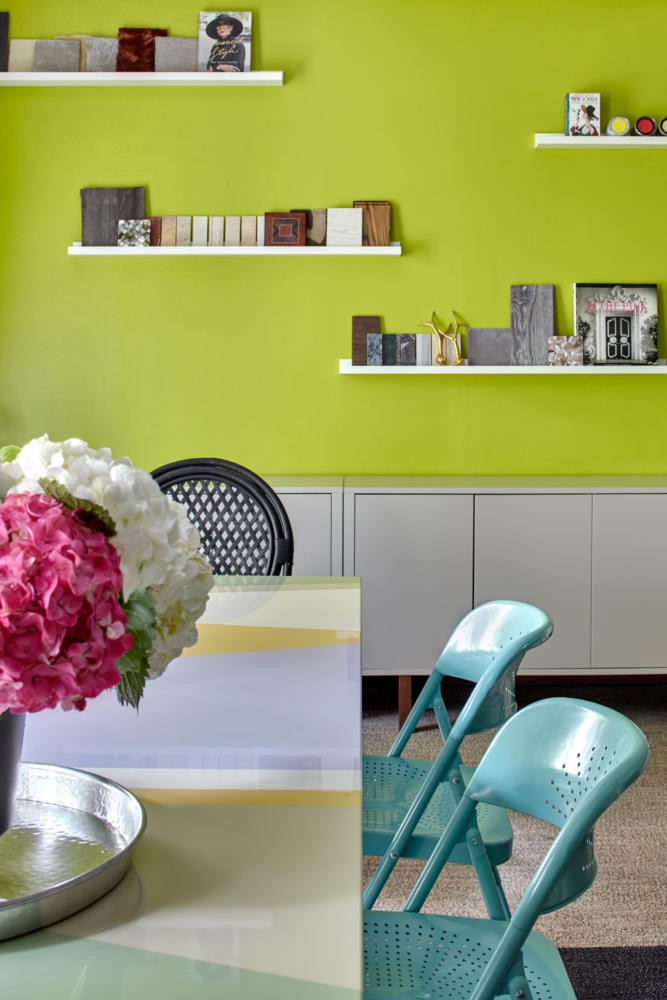 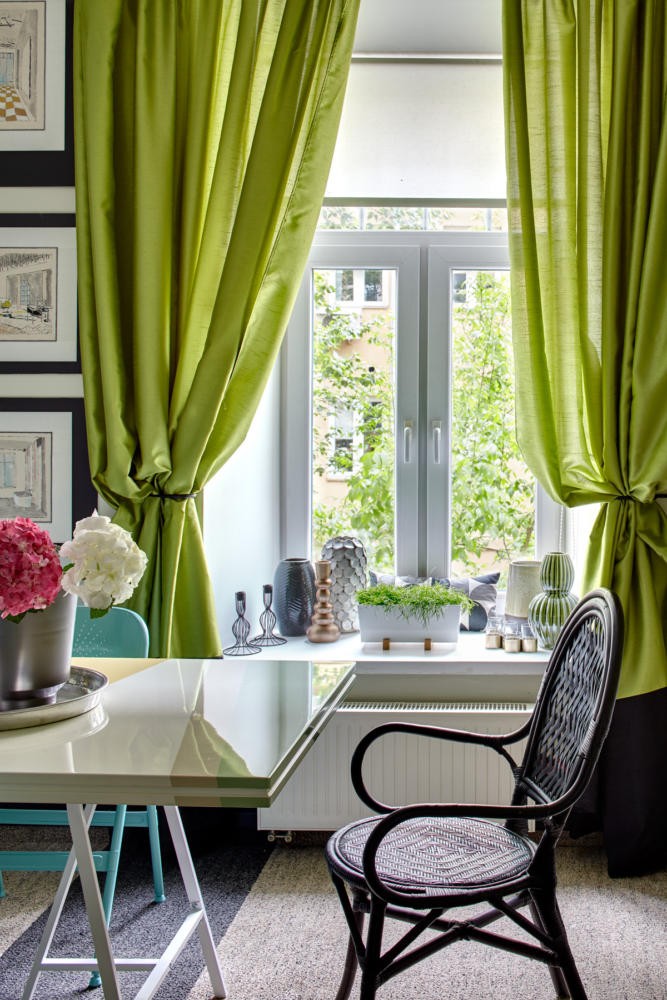