Today we’re continuing the topic of biomimicry – the sphere of design and architecture which includes the best ideas borrowed from nature and brought into our daily life to make it more organized, functional and rational. Going back to the history, we’ll find numerous examples of biomimicry. For instance, the scheme of railway in Tokyo was inspired by mold spores and the shape of Japanese bullet trains was prompted by a kingfisher’s beak. In the previous post we learned how rainforests planted the notion of eco-houses in the heads of Brazilian architects. And today we’re moving to Singapore to find out what ideas this country has borrowed from nature. 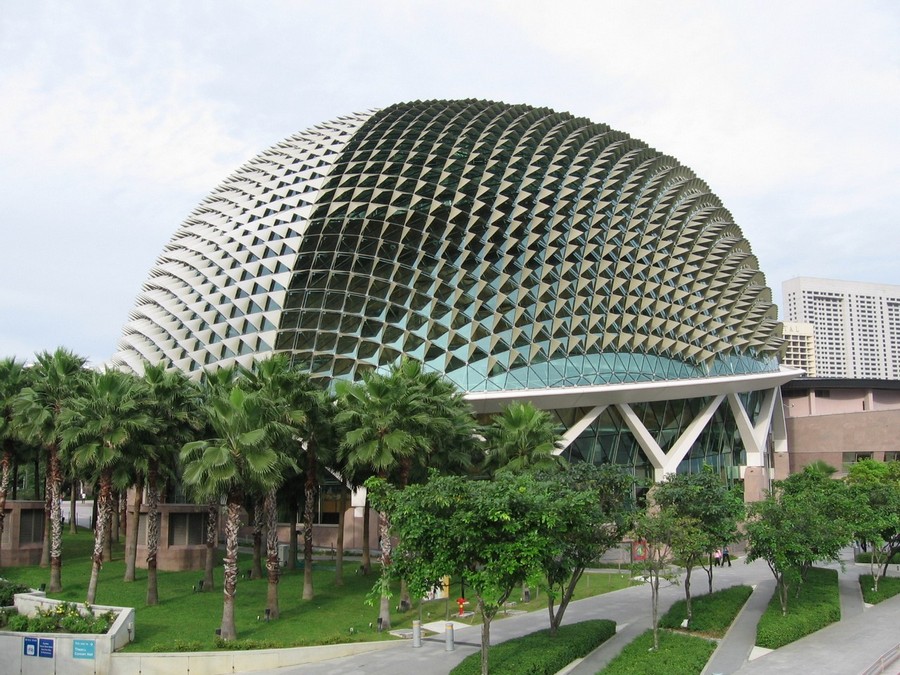 Esplanade is a building on the shore of Marina Bay in Singapore, one of the most expensive and well-maintained embankments in the world. It includes a concert hall with a capacity of 1,600 visitors and a theatre that can receive up to 2,000 spectators. Besides dozens of halls for art performances, Esplanade has a library, a trade centre, exhibition halls and restaurants. 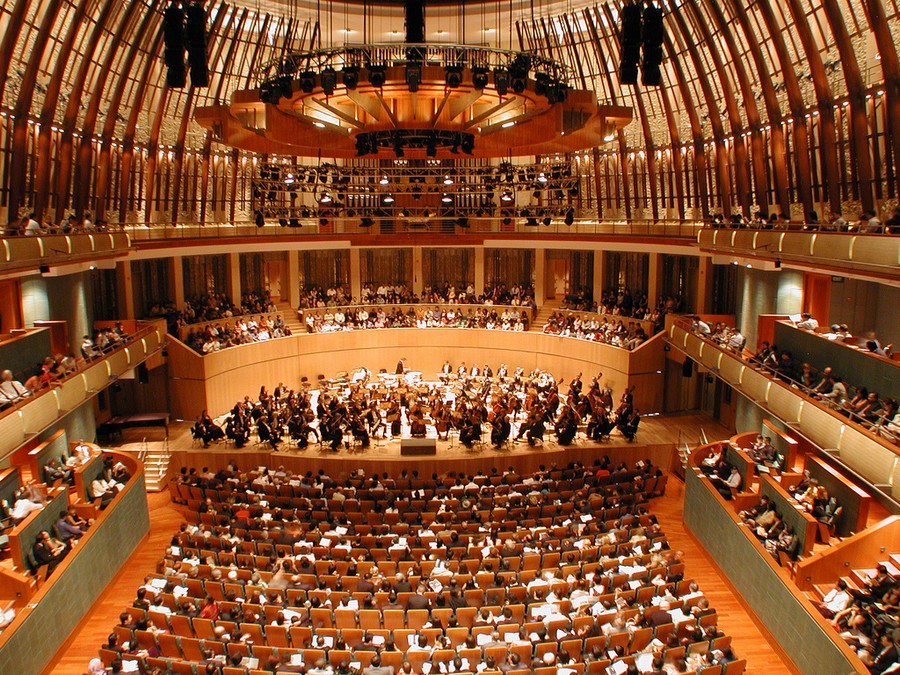 The first project of the building was criticized by the authorities, who deemed it too “alien and non-authentic”. So, the team of British and Singaporean architects came up with an idea to cover the roof of Esplanade with thousands of metal pyramidal plates, which look like faceted eyes of a fly from the space and like the skin of durian fruit from the Earth. Now this building is nicknamed just “Durian”. 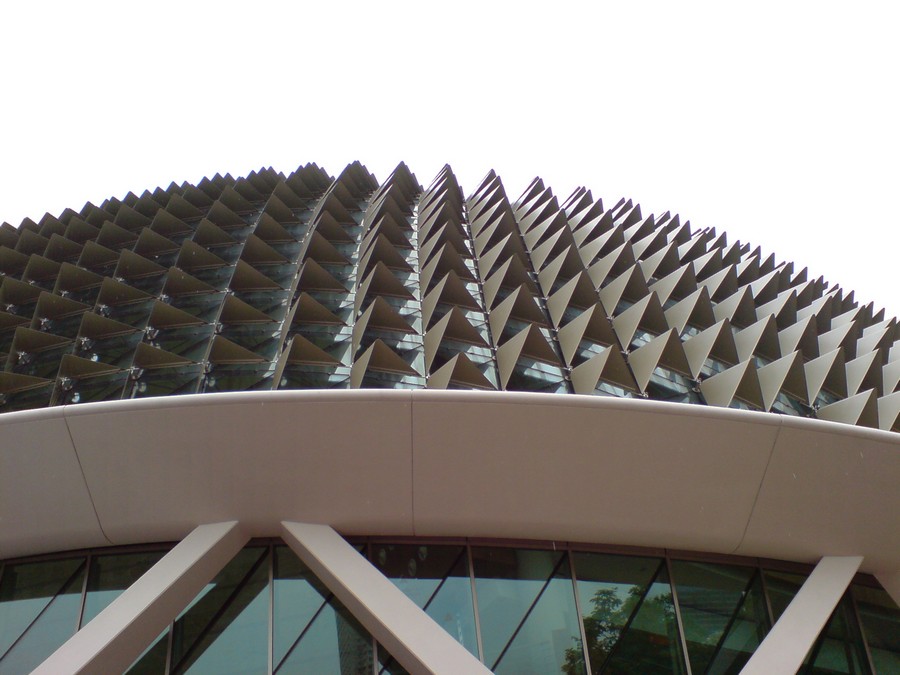 Though it’s strictly prohibited to eat this fruit in public places (for instance, if you eat a durian in a Singaporean train you’ll pay a fine of 500 Singaporean dollars), it’s very popular in this country and so is the building. Pyramidal spikes on the fruit’s skin fulfill a few diverse functions. Firstly, they’re strong enough to protect the flesh from mechanical impacts, especially when fruits fall to the ground (some durians weigh up to 30 kilos). Secondly, spikes are sharp enough to deter animals and birds while durians are maturing. And thirdly, pyramidal shape lets the fruit accumulate heat, at the same time preserving the seeds from overheating. This very function provided the basis for Esplanade design: in direct sunlight the temperatures in July reach up to 45 degrees Celsius, and “durian” roof was a very good idea for such a hot city. 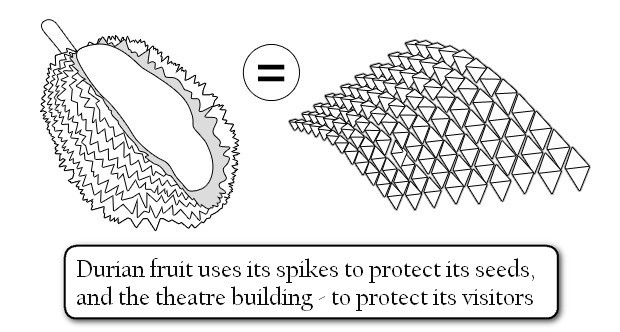 So, now the local authorities won’t say that Esplanade is non-authentic! 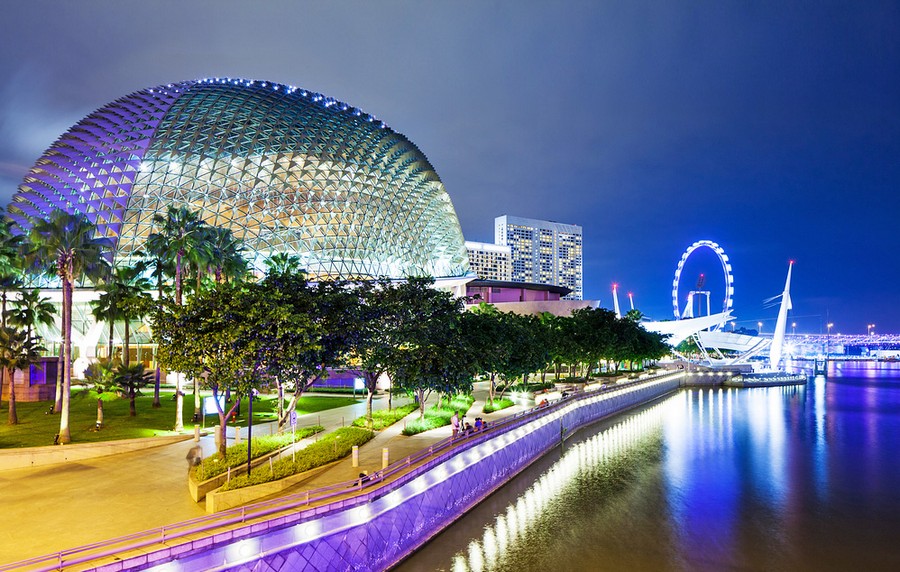