This sunny apartment with white walls and cheerful multicolor accents, a big balcony garden, numerous potted plants and a bright yellow staircase reminds of Spain or France, probably. But it is actually situated in the south-west of Moscow and the fact that it looks like a greenhouse with living quarters is explained by its owner’s job. Hanna is a landscape designer and she moved in this two-floor apartment back in 2003. Then it looked quite differently. 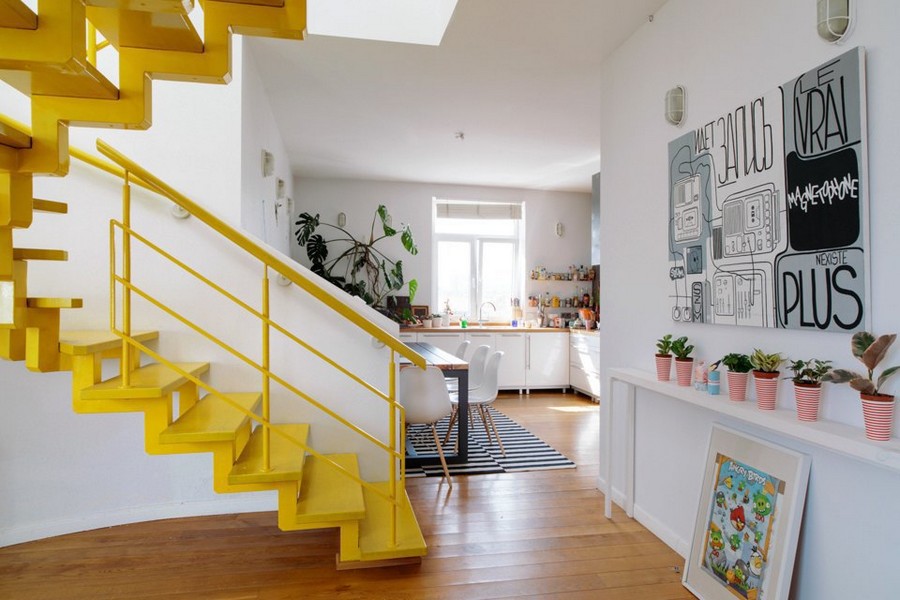 On the stage of re-planning Hanna had a few walls demolished and ordered a bespoke yellow staircase leading to the second floor for a start. She worked out the interior design and zoned the space on her own too. Now the first floor includes an open-concept kitchen and lounge, a toddler room, a bathroom and a balcony. And the second floor comprises of a work room, a master bedroom and one more bathroom. 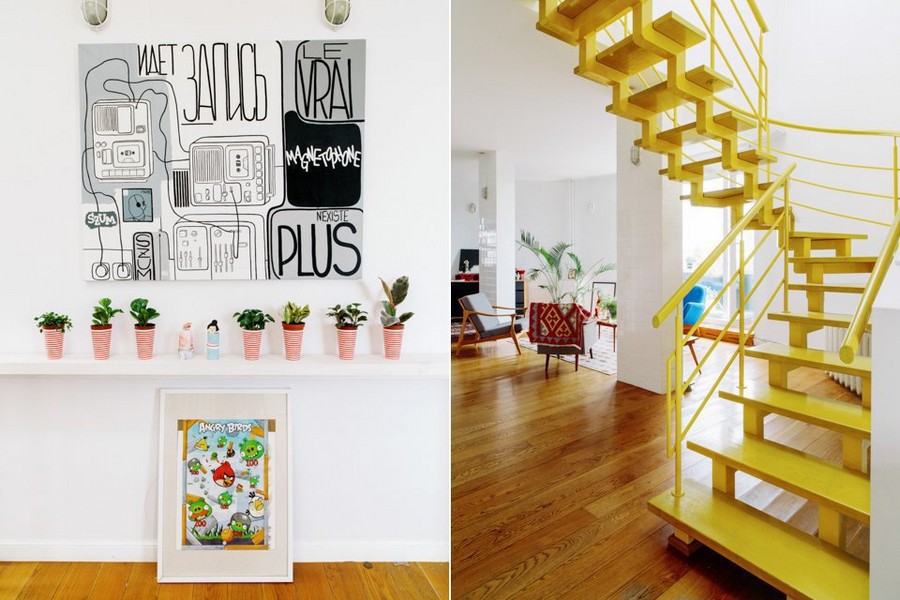 Professional activities of the mistress are obvious in the plenty of potted plants arranged around the flat. But the centerpiece of her achievement is a big balcony, where you can find tomatoes, cabbage, numerous flowers and even strawberry. 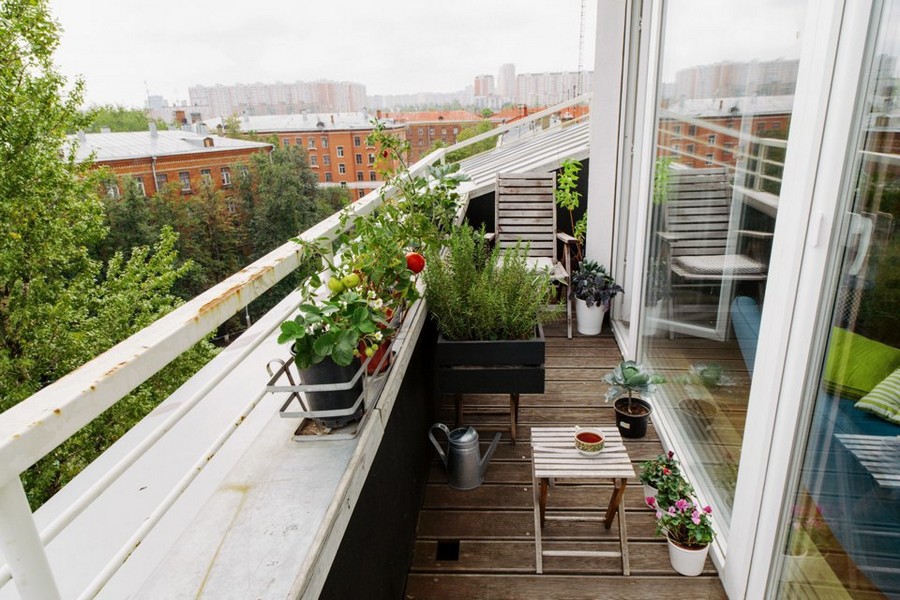 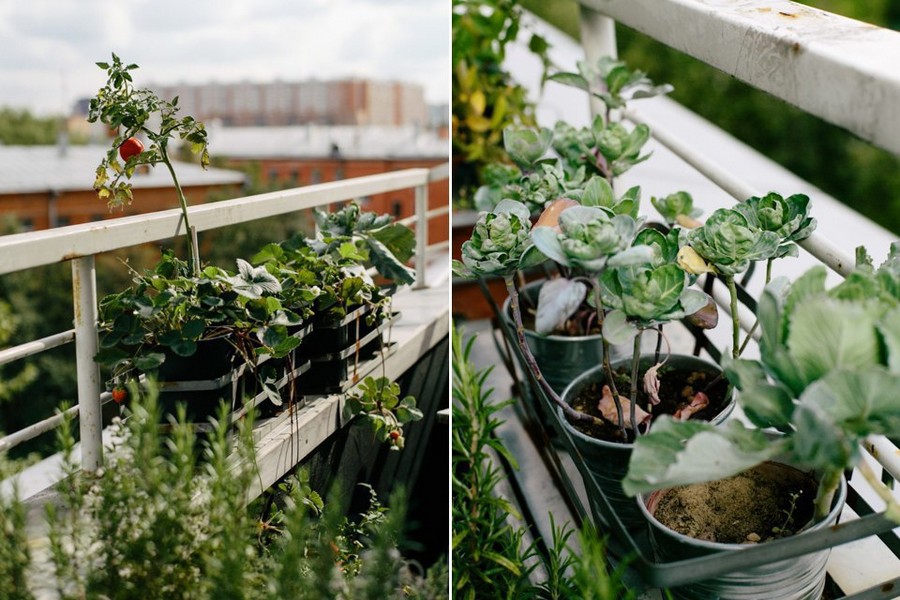 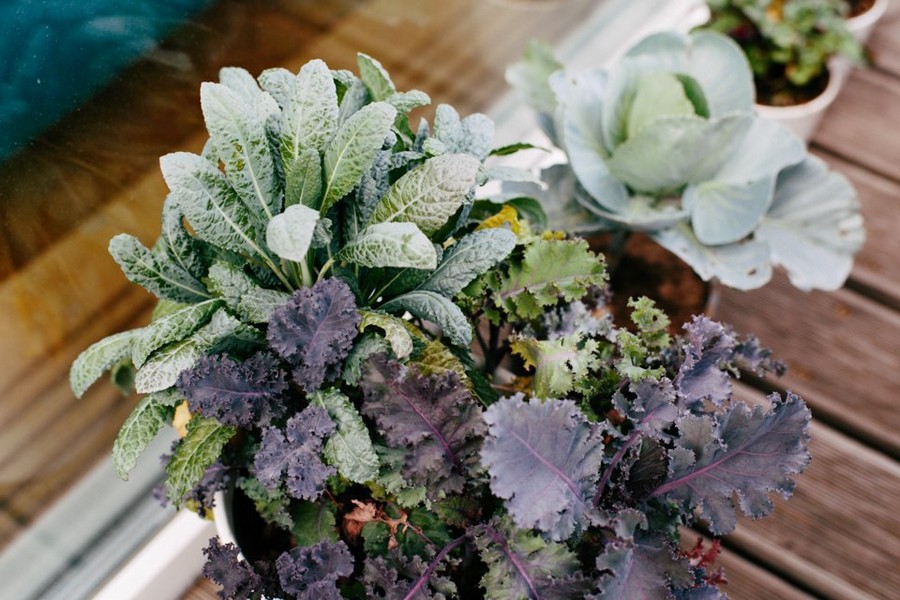 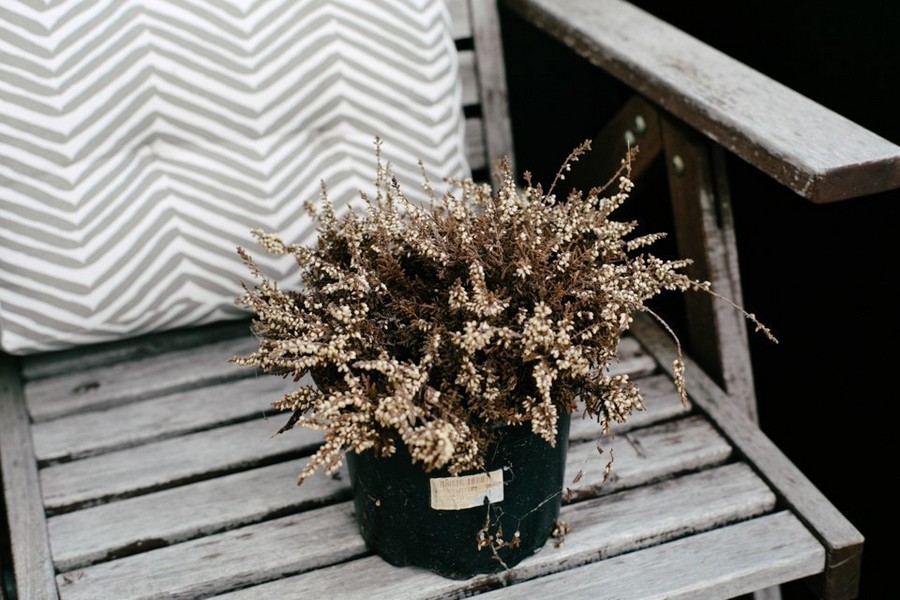 When it came to the kitchen interior design, it was decided to do without any upper cabinets or shelves and make the most use of a relatively big room perimeter. The cooker hood was hidden in an only suspended cabinet, which doesn’t catch the eye being of the same color as the graphite wall. An inconvenient shelf above the oven was decorated with beautiful glasses, and the corner of the room was dressed up with a big cheese plant. The floor was covered with a graphic black-and-white carpet, which emphasizes the dining zone and adds coziness to the interior. The kitchen set was bought in IKEA, and its wooden worktop was custom-made. Numerous oils and spices of the mistress are arranged on standard bathroom shelves. And the centerpiece of this room is a bespoke set of a big wooden dining table and a bench. 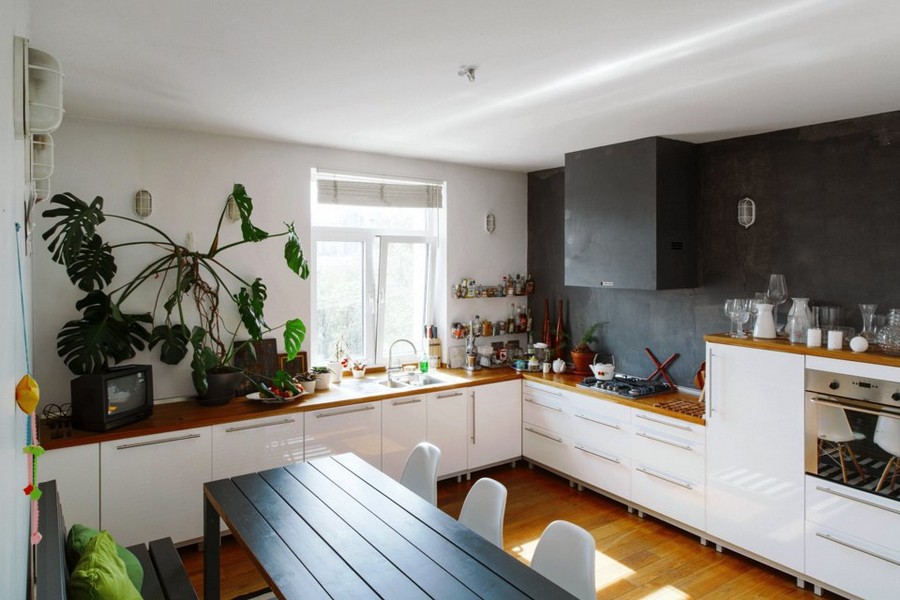 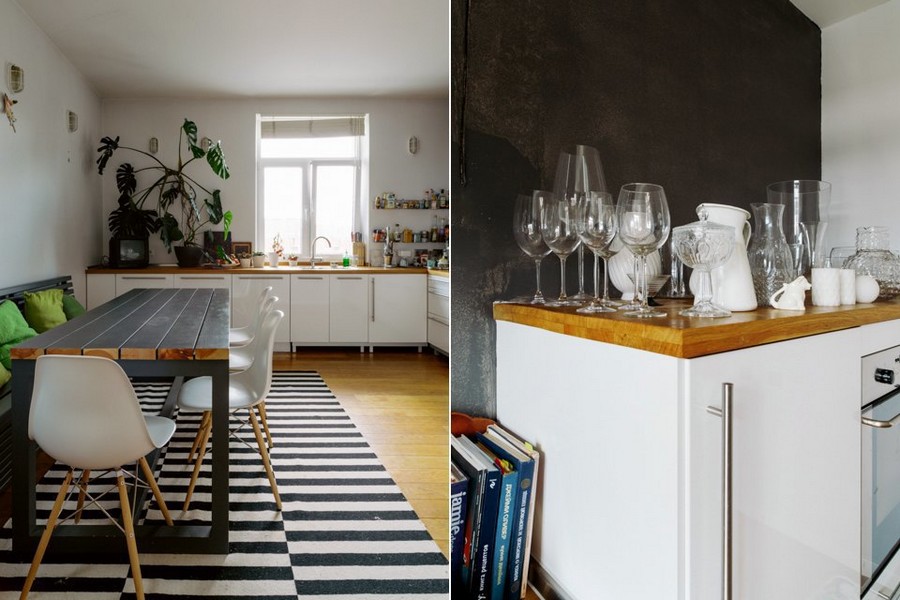 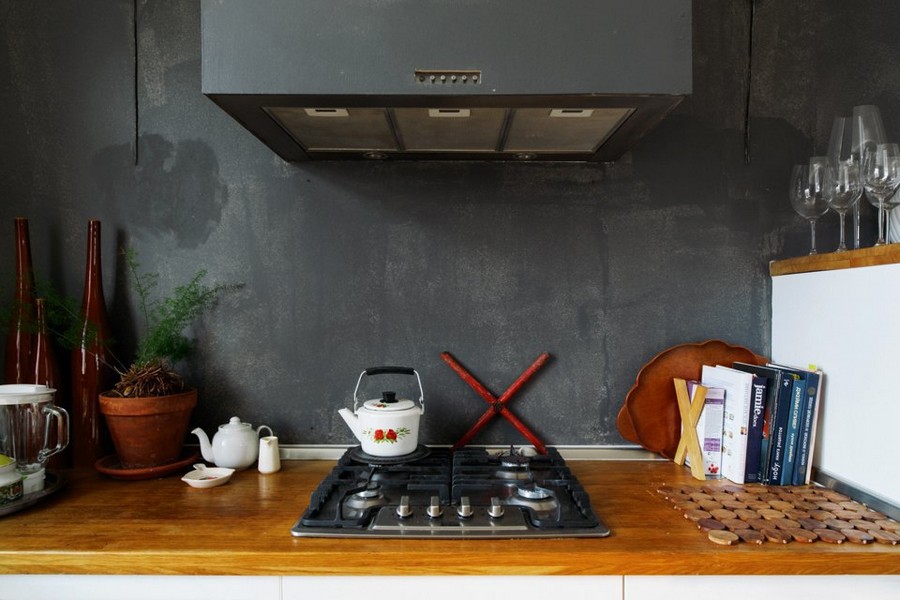 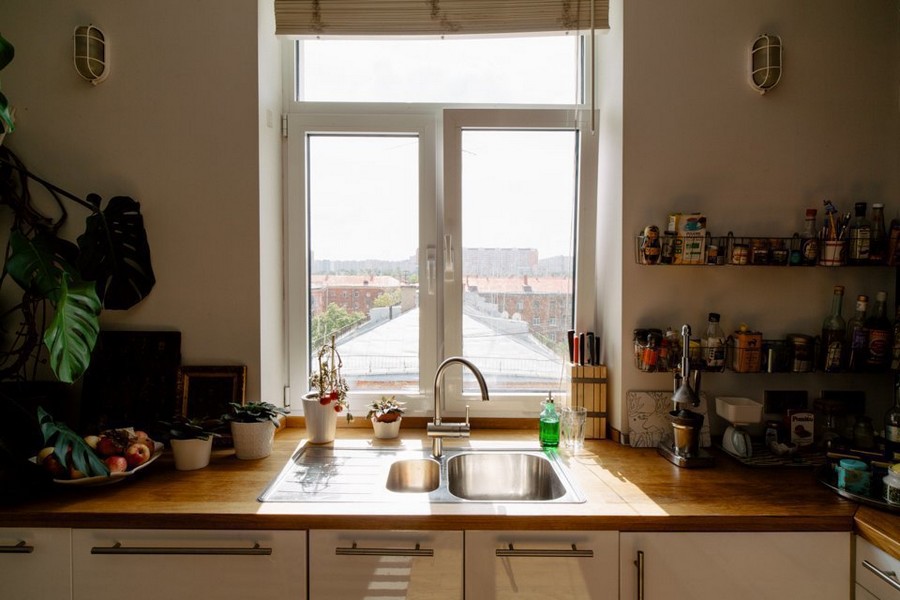 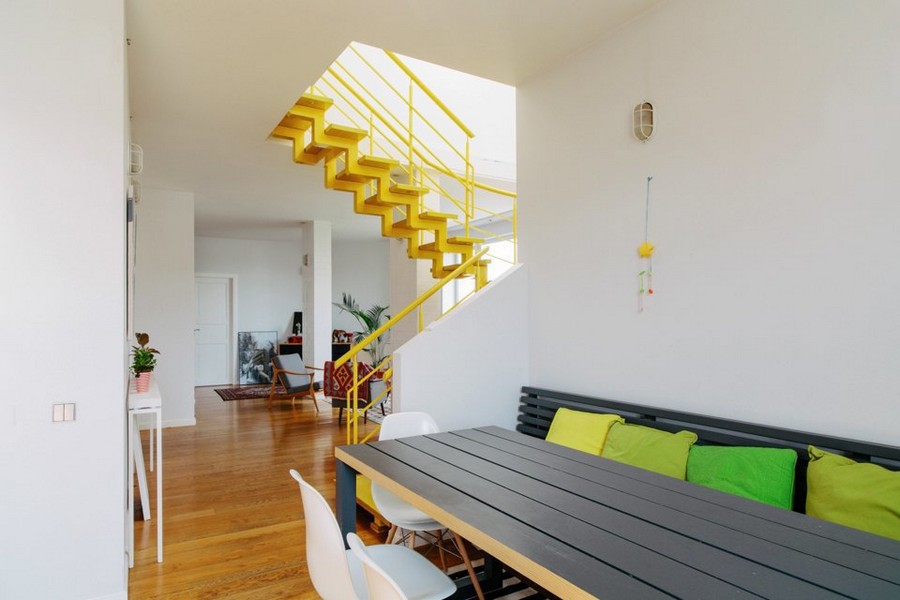 Load-bearing columns in the lounge zone at first seemed absolutely inappropriate. But faced with glossy tiles, they turned into an interesting interior detail. The centerpiece of the lounge is a compact retro blue sofa brought from London. It’s coupled with a small wooden coffee table, which Hanna’s grandmother bought in India in the 1960s. One more thing that came here through the grandparents is an old German arm-chair. The vintage theme continues in retro appliances that are used for both direct and decorative purposes. And if you look closer, you’ll notice that there are no ceiling lamps on the first floor – just a few wall lanterns with grids mounted along the perimeter. 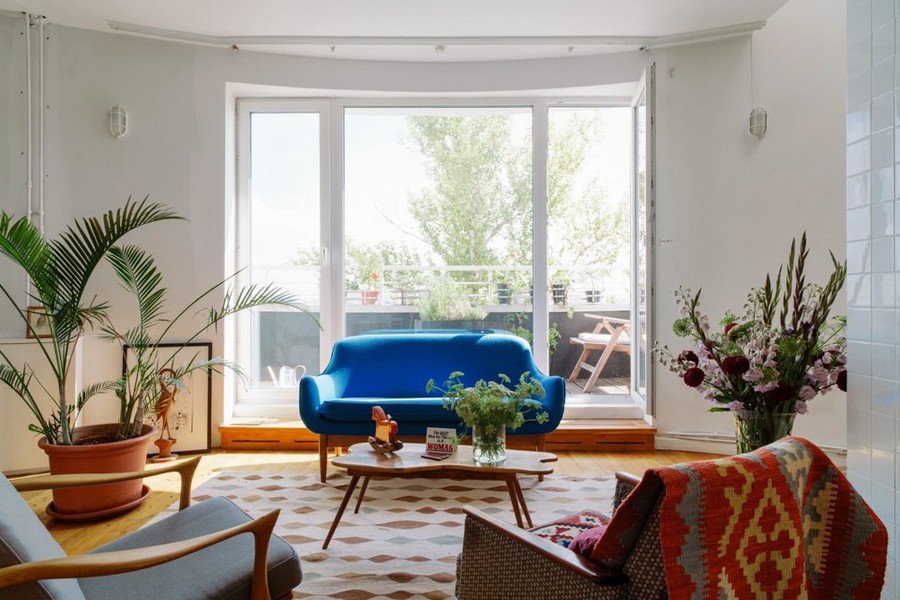 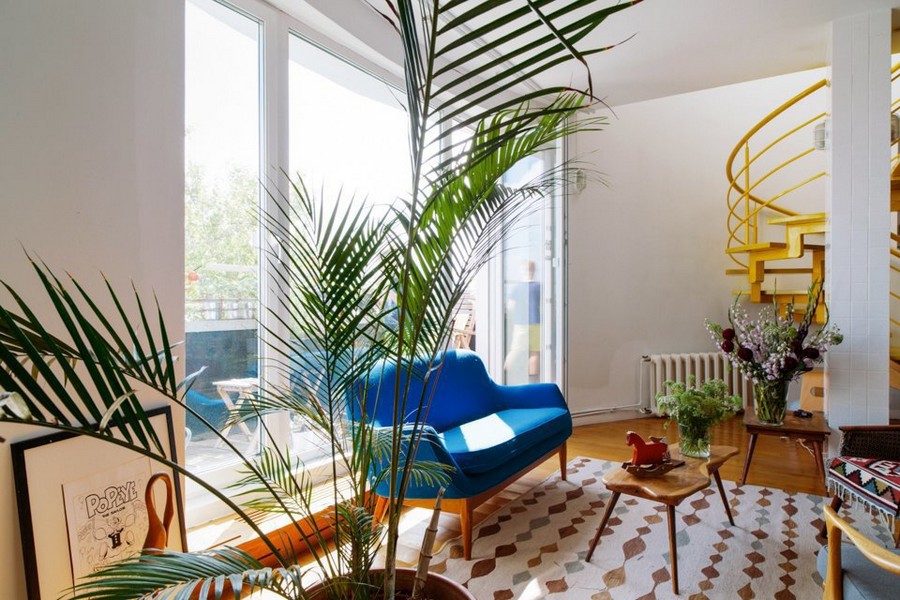 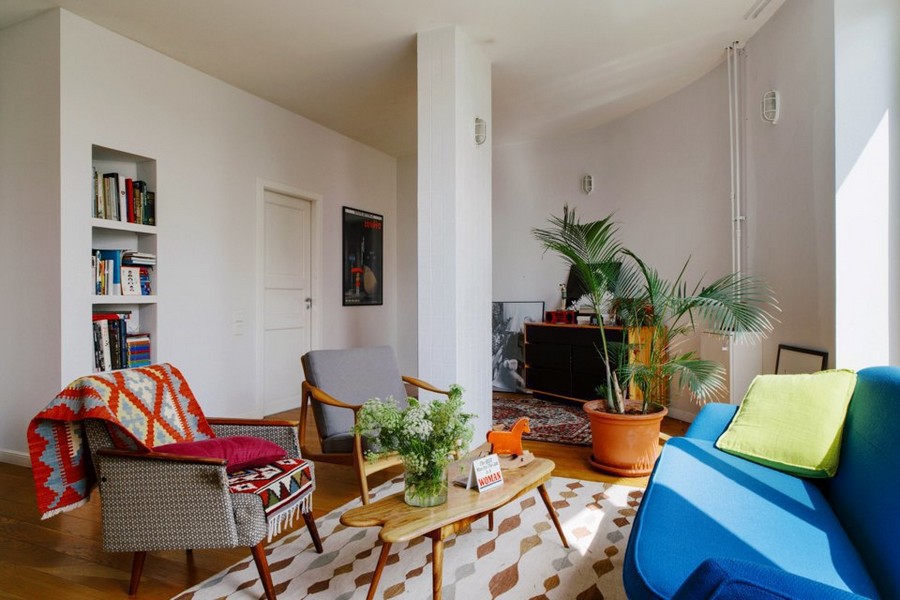 The second floor is located in the attic, hence its rooms are filled with loads of sunlight coming from big windows and skylights and reflecting in the white walls. 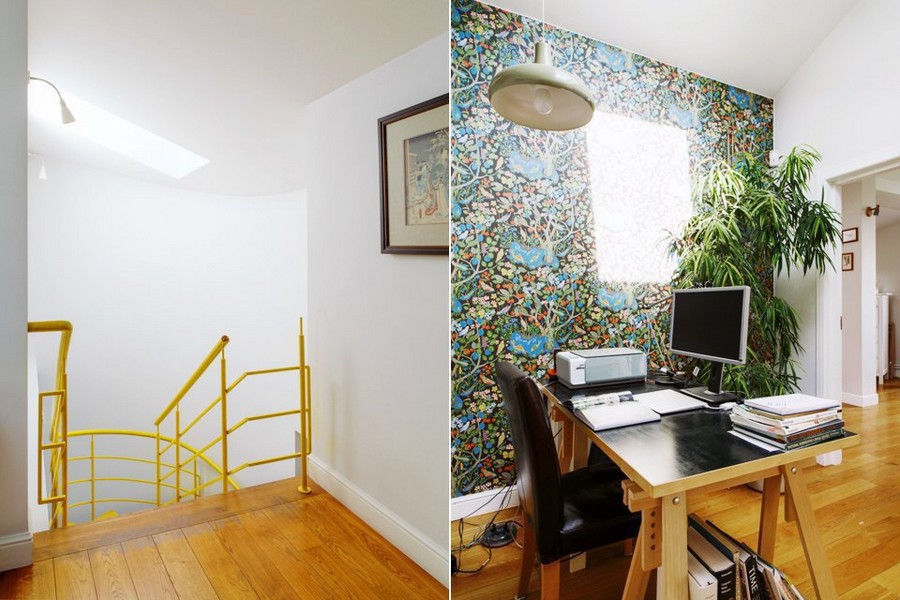 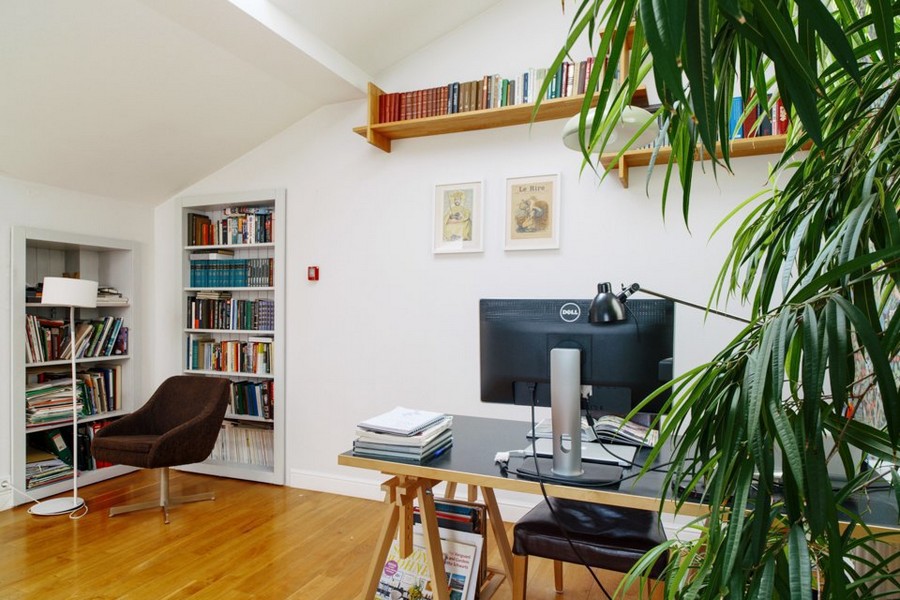 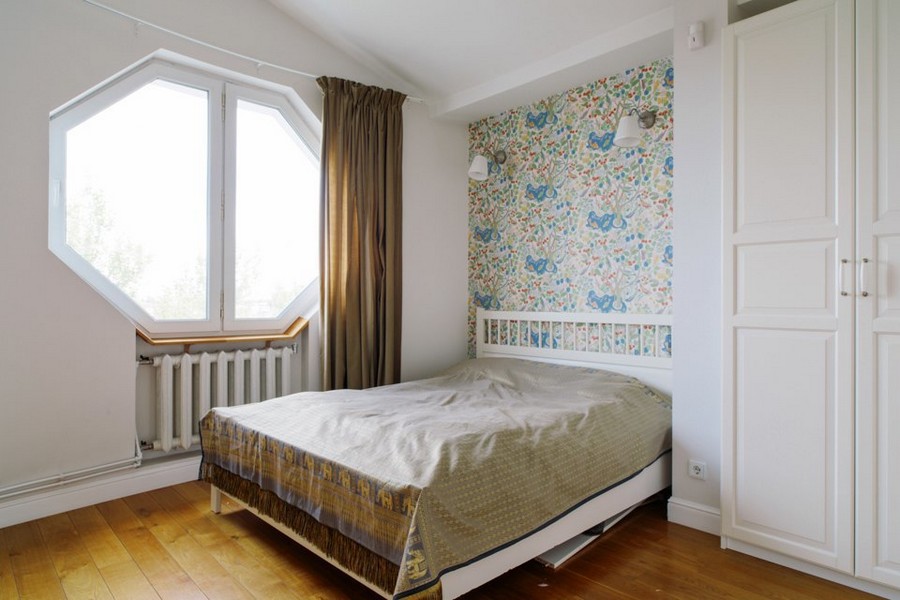 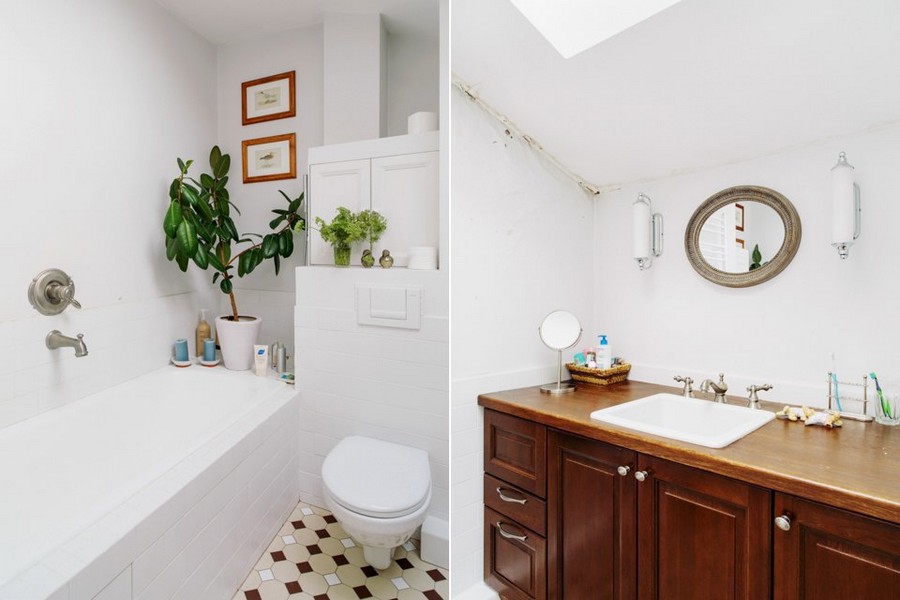