What images does the phrase “basement floor” conjure up in your mind? Perhaps, it’s something dull, damp and lacking daylight. In fact, competent re-planning can do magic and make something good even out of such seemingly hopeless spaces. The same thing happened to an apartment in Taiwan that we’d like to tell you about today. 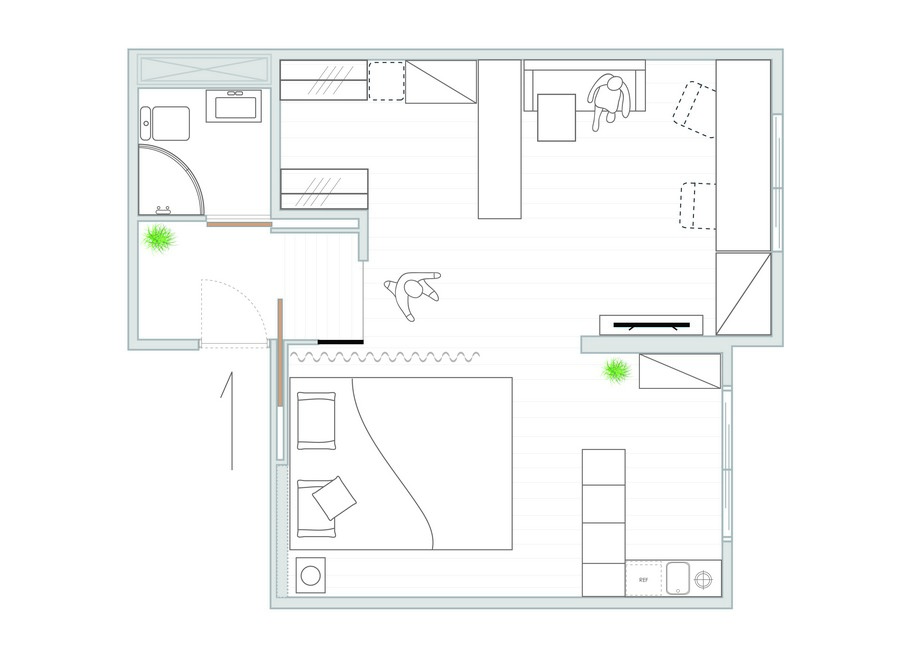 Before A’ LENTIL DESIGN got down to this project, it looked pretty different. Now it’s a studio space, but some time ago there were two approximately equally-sized rooms (about 16 sq. m. each) cluttered with stuff and thus very inconvenient in terms of traffic. To crown it all, a big piece of wallpaper was shedding from the ceiling and adding to the general depressive atmosphere. 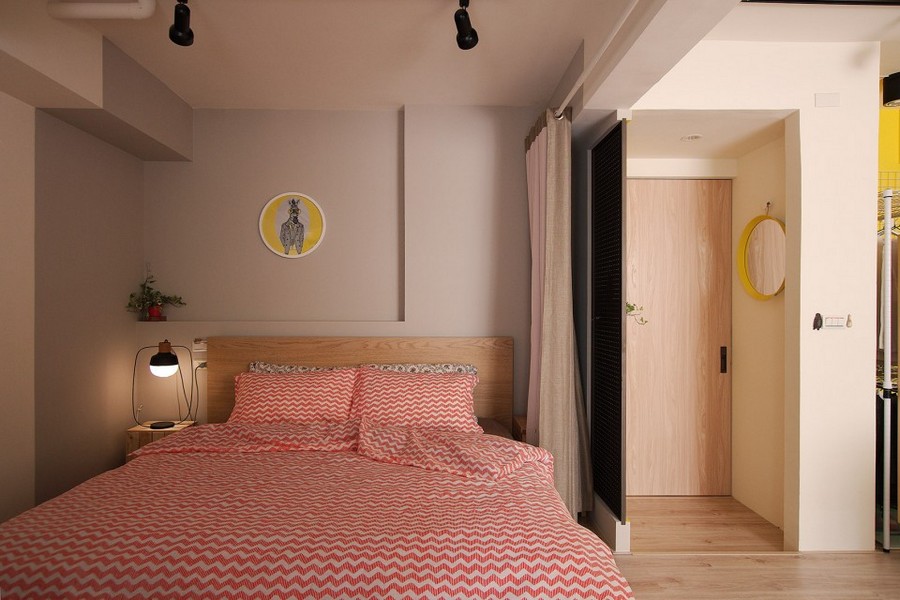 So, it was clear that for a start this basement-floor apartment needed sunlight and openness. The partition between the two rooms was demolished and the walls were painted ivory white, which enhanced the feel of visual expansion and airiness. Just the window and closet zones were brightened up by yellow accents. 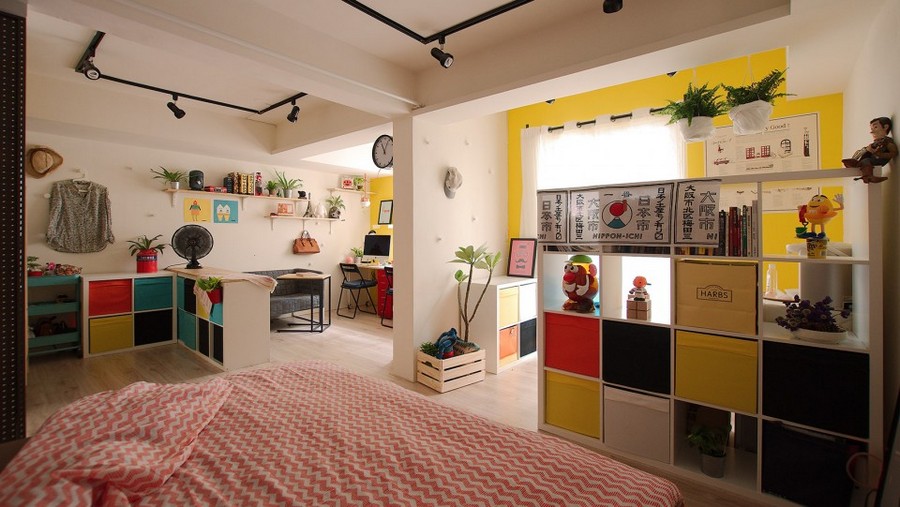 On the next stage something had to be done to the flooring – initially it was finished with tiles and thus very cold and even damp. It was determined to lay floating wood floor instead – it’s light, expanding the room visually, warm and pleasant to touch. 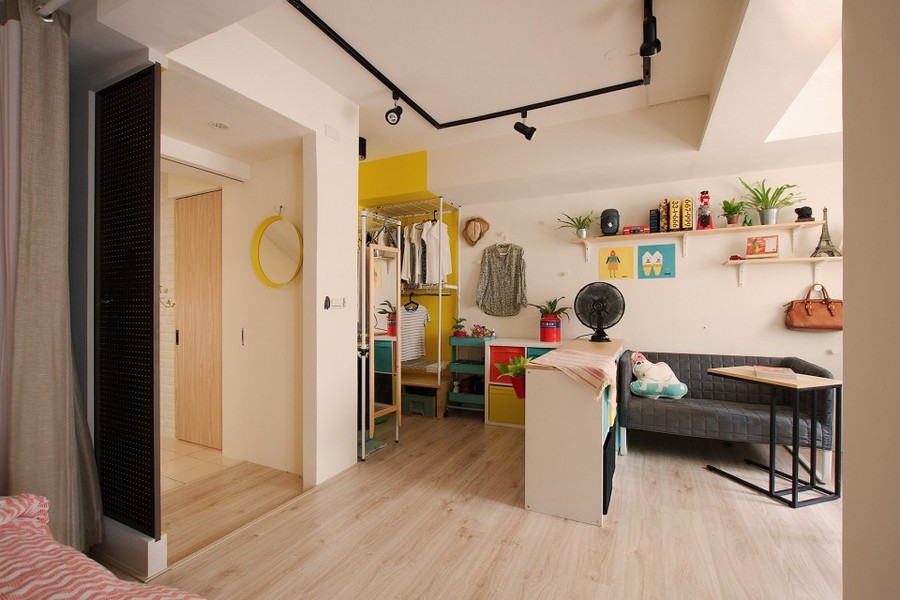 After the structural alterations were over, it came to planning the layout. When it comes to studio apartments, it’s very important to ensure proper zoning and find a good balance between privacy and public zones. Given that the flat belongs to newlyweds with different lifestyles, the key point was to separate the bedroom zone from the living room and work areas. This task was solved by means of dense curtains that can be drawn when the wife needs rest. 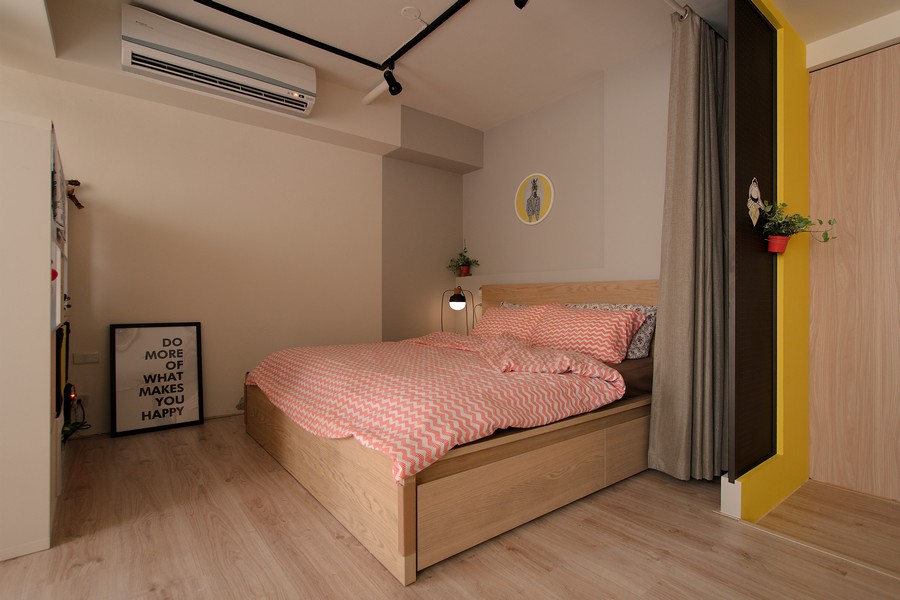 At the same time her husband can do his job in the work area or watch TV in the lounge zone – these functional spaces are arranged in the same segment.

A separate space was provided for a storage zone organized as an open closet. 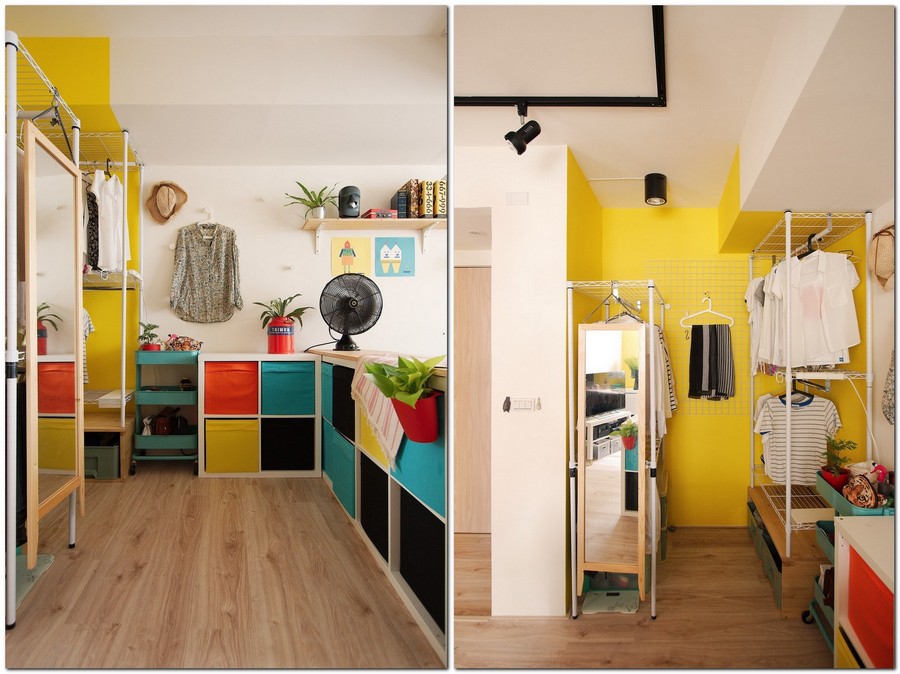 The flat is lit by track lights, and only the work area has a desk lamp and a pendant model additionally. 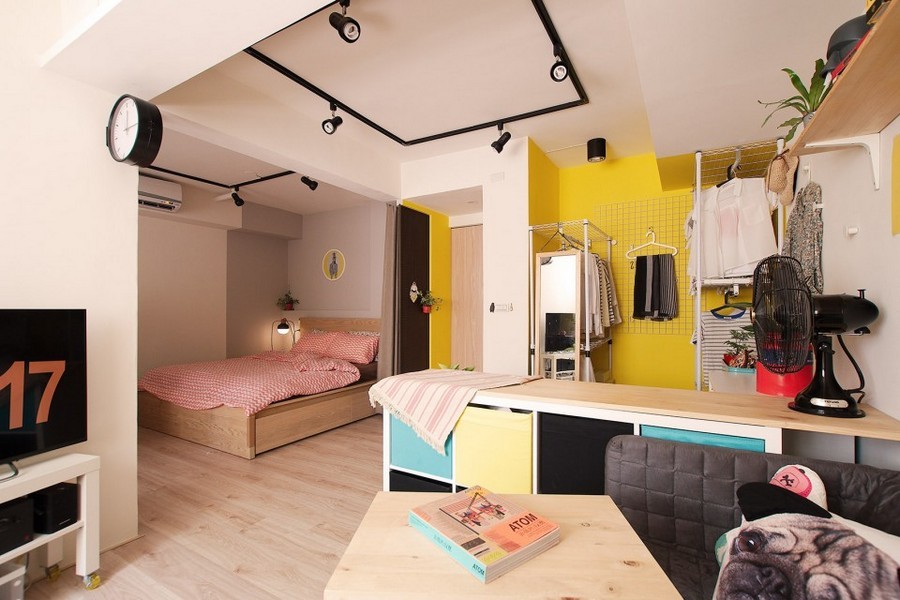 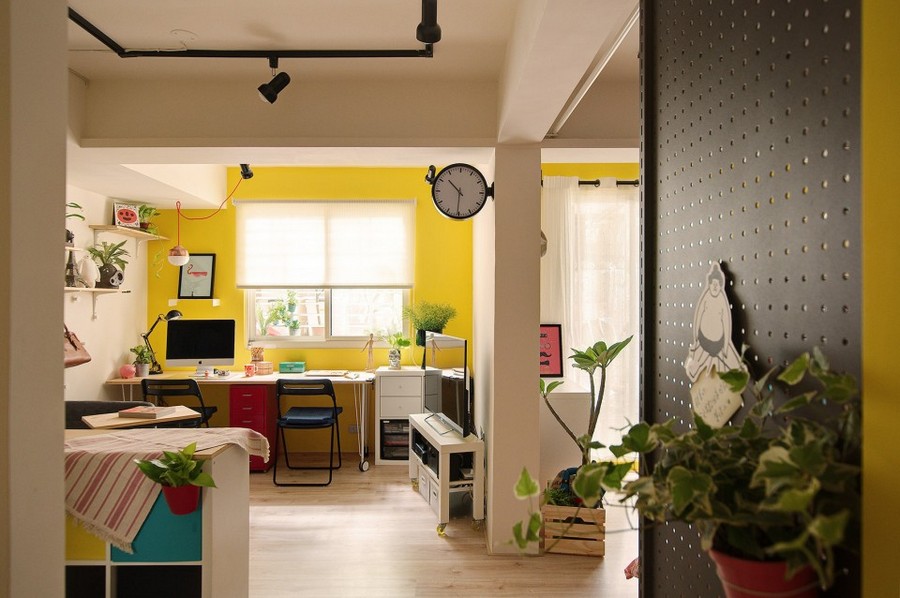 The best thing about the furnishing in this project is that it’s absolutely mobile and flexible. The shelving units that play the role of room dividers and storage spots at the same time can be easily arranged along the walls to change the setting when guests come or the couple has a baby. So, besides being multifunctional, it offers flexible layout opportunities. 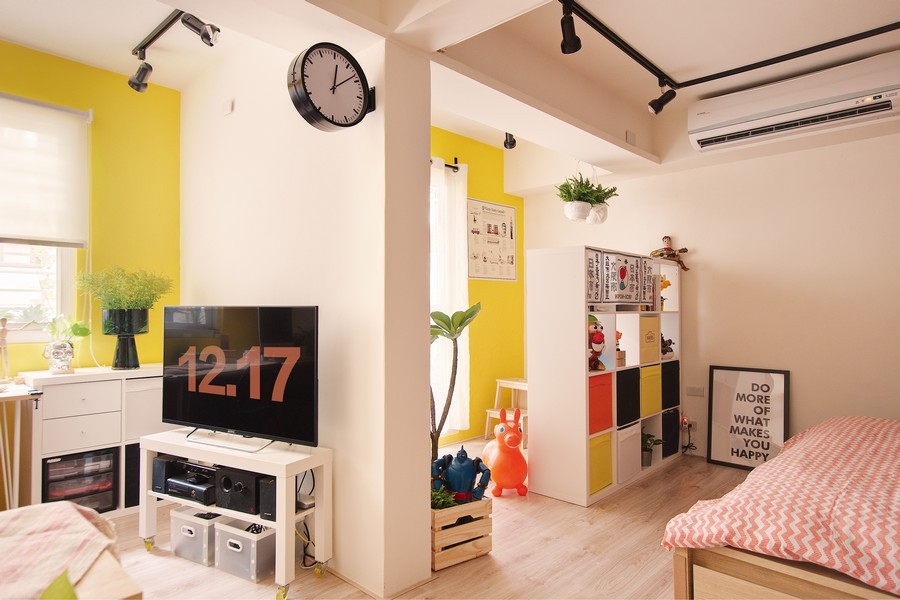 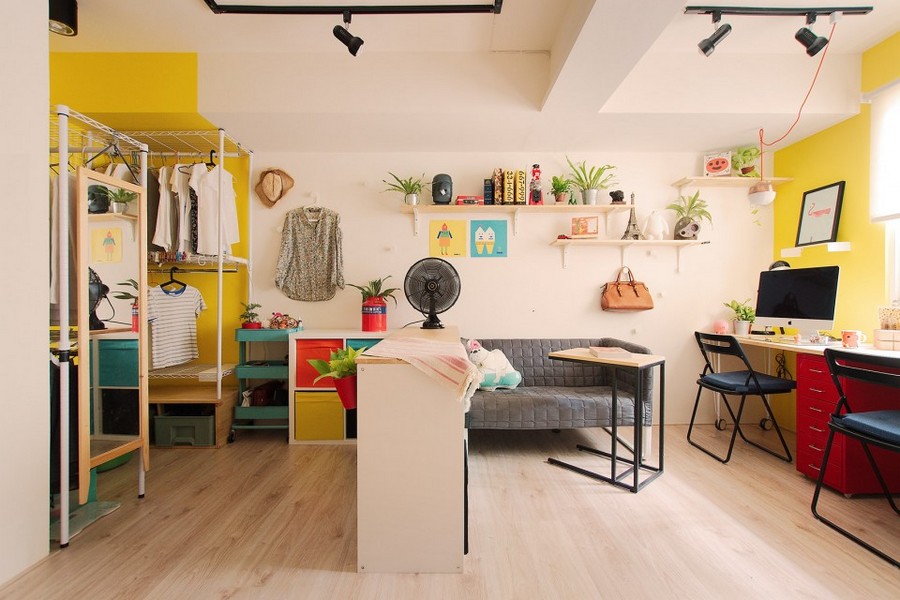