Seascape, a bathroom mirror framed with tree branches, a purple sofa and an airy kid’s bedroom in hues of marshmallow… This apartment is filled with light, air and room for dreaming and seems to be a perfect choice for living by the sea. 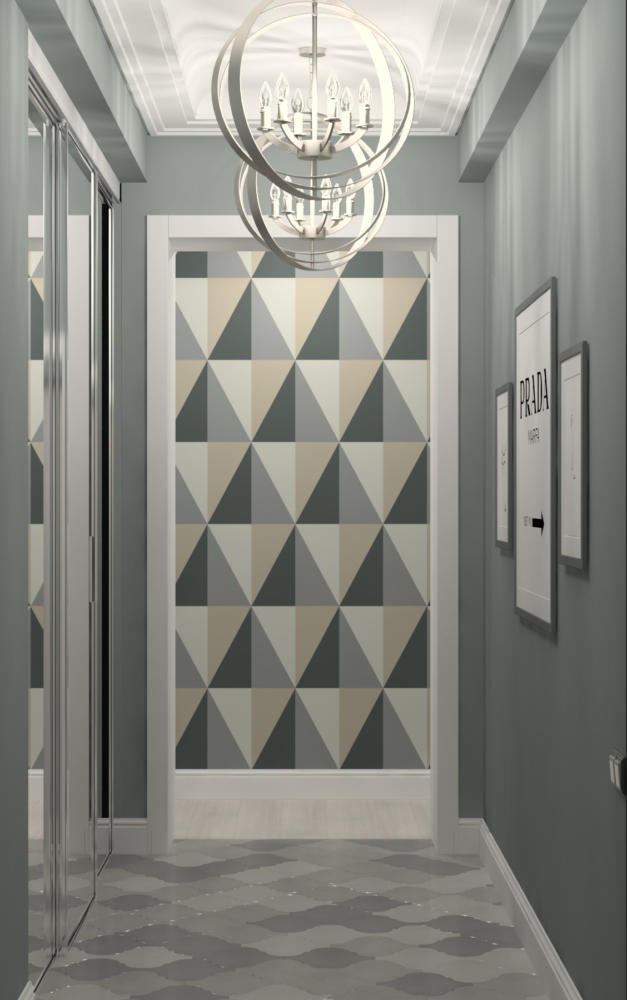 This light apartment in Sochi is three-room, with an open-concept kitchen and living room. Given that the layout was initially satisfying, there was no need for structural changes. The only thing the designer had to do was to decorate the space according to the clients’ wishes.

The owners formulated their desires as follows: “a cozy and non-standard interior adapted for the needs of a young family with a kid”. Also among their wishes was the theme of nature in the bathroom. In the end the floor and one of the walls were finished with Italian faux wood tiles, which set the mood for the entire interior of this place. The other three walls were refreshed with tiles in the mixture of naturalistic hues: pistachio green, beige and pale brown. And a finishing touch of “nature” is a wreath composed of tree branches that will decorate the round mirror. Sanitary porcelain will be quiet laconic, made by Rocca brand. 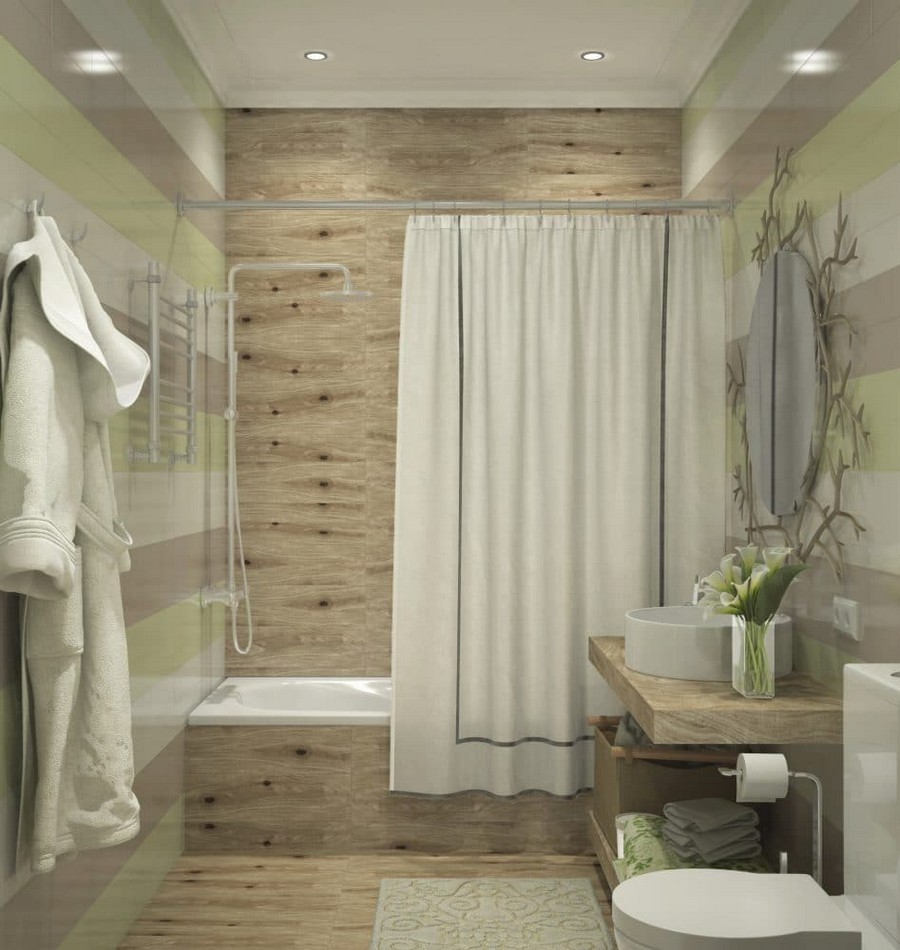 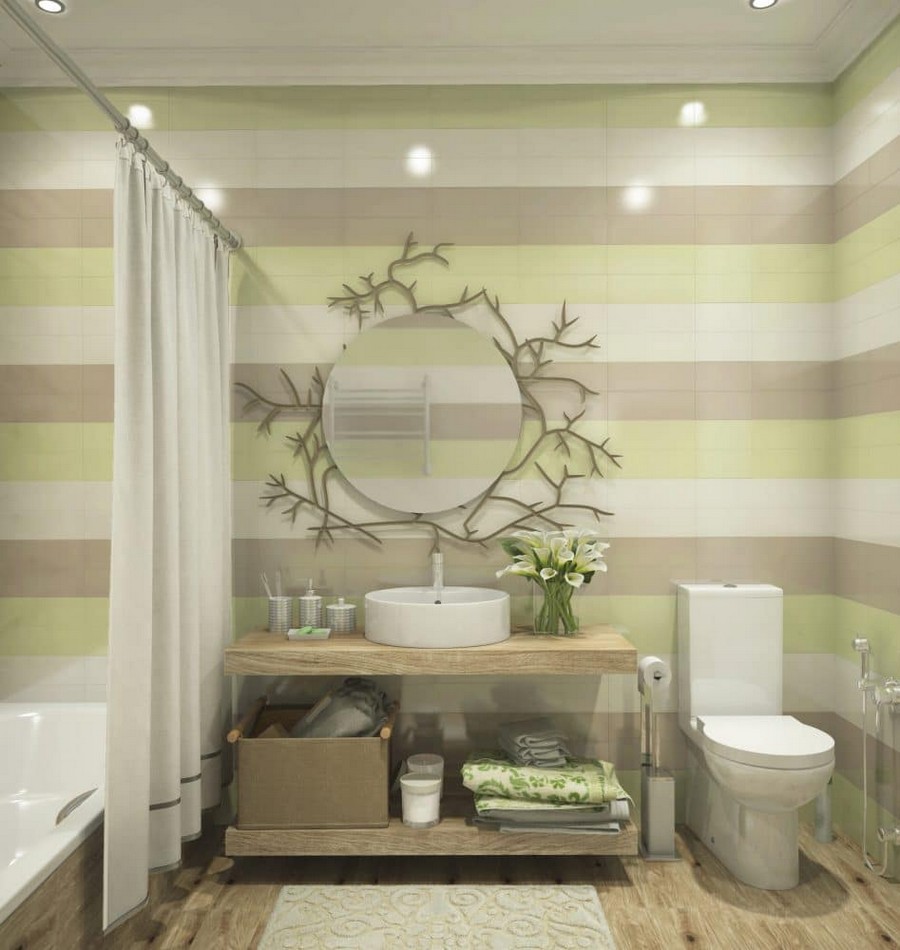 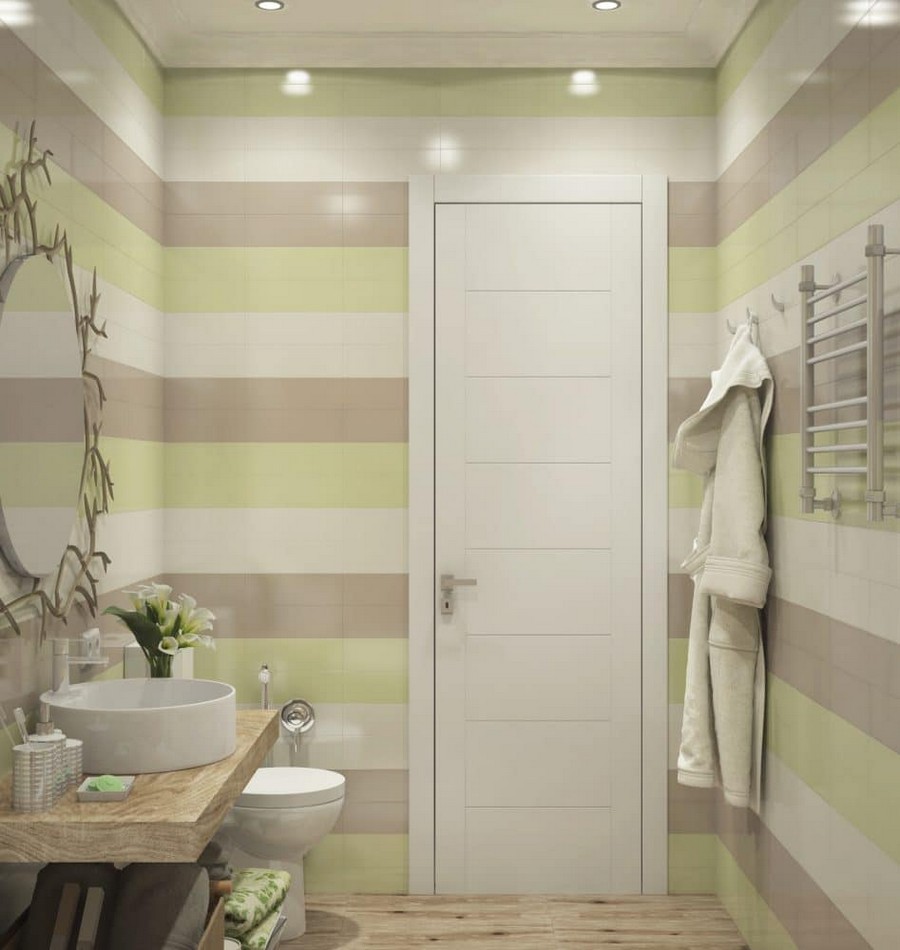 From the very beginning this project was planned in neutral color scheme with a few color accents. Among finishing materials the choice was set upon English paints by Little Green. According to the designer, they have nice velvety texture and very noble and versatile color range. For the flooring picked were light parquetry boards by Coswick with beautiful wood grain.

A laconic kitchen set will be custom-made by a Russian furniture mill. On the whole, the open-concept living room and kitchen are quite laconic and accented by just two things – a beautiful comfy sofa by Sondi that brings a splash of color to the white-walled space and geometrical pattern linking the different zones of the room: wallpaper and a load-bearing column in the lounge zone, upper cabinets above the sink in the kitchen area and a tablecloth in the dining space. 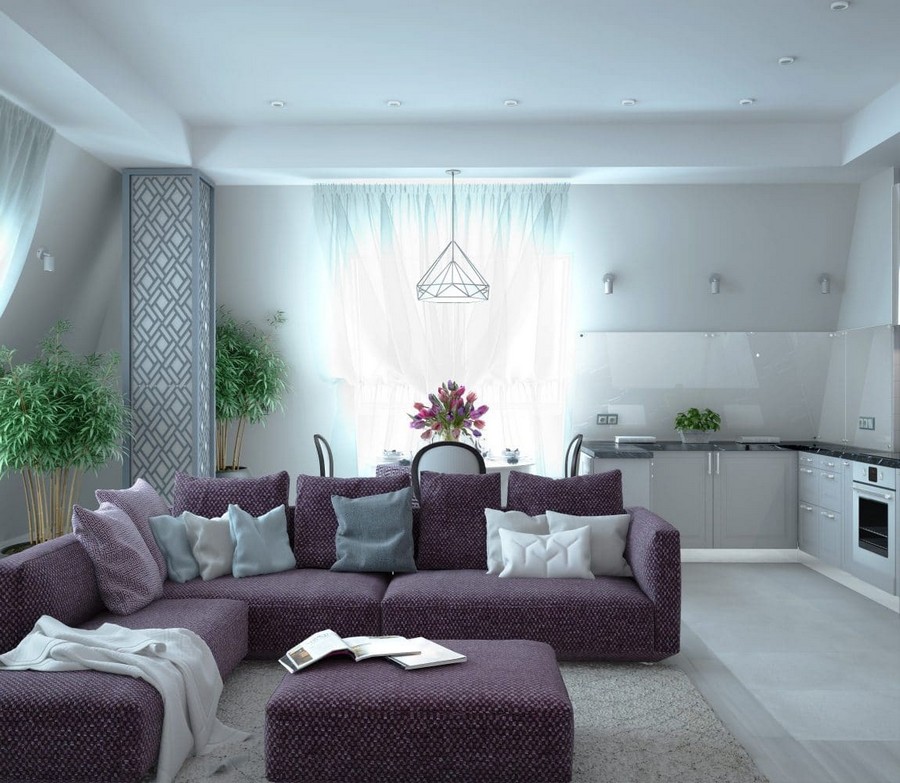 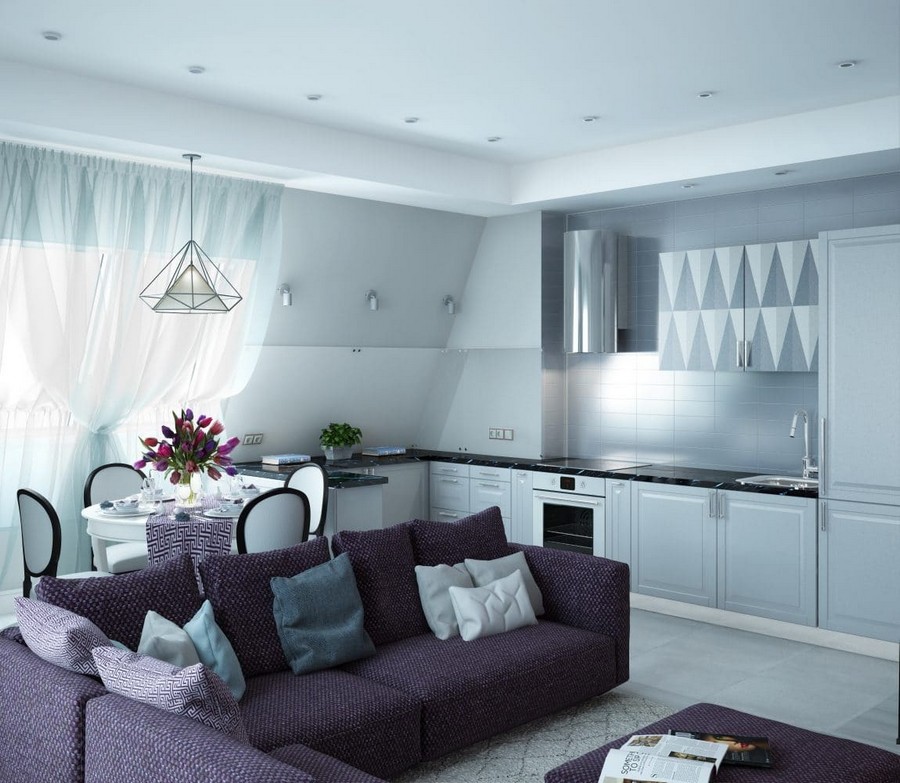 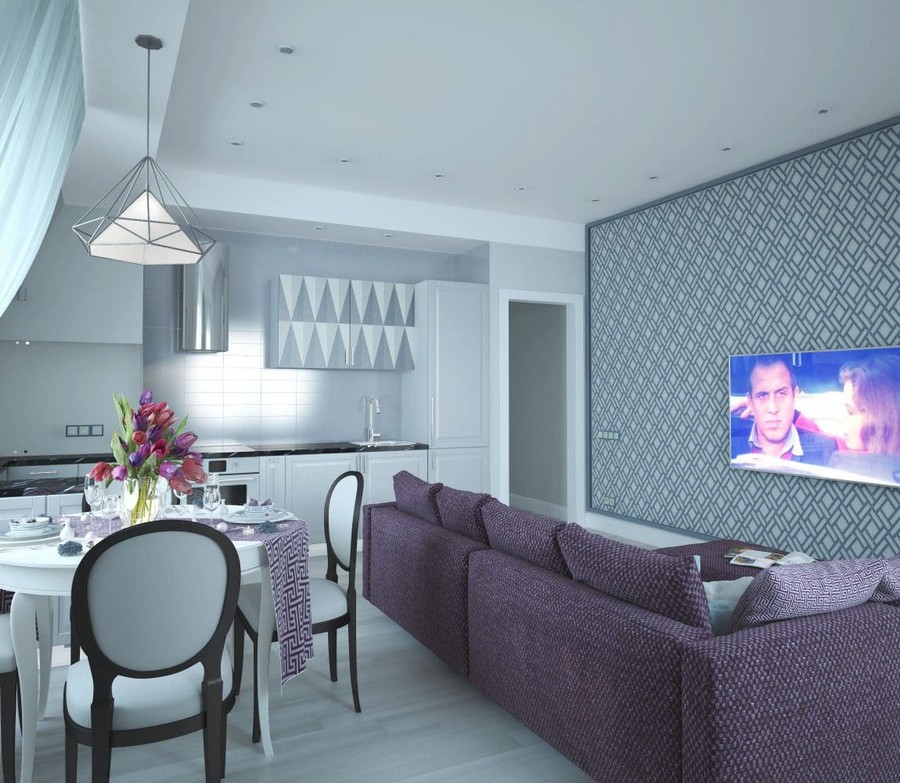 In the master bedroom the background is also monochrome, but here the role of accents is played by black details – they bring the element of graphics and expression to the total-white background: a couple of pendant lamps, a dark wardrobe, a carved headboard outline and a dark framework of a chair by the dressing table. The bed is made by Bolzan Letti and cabinet furniture – by Mr. Doors. 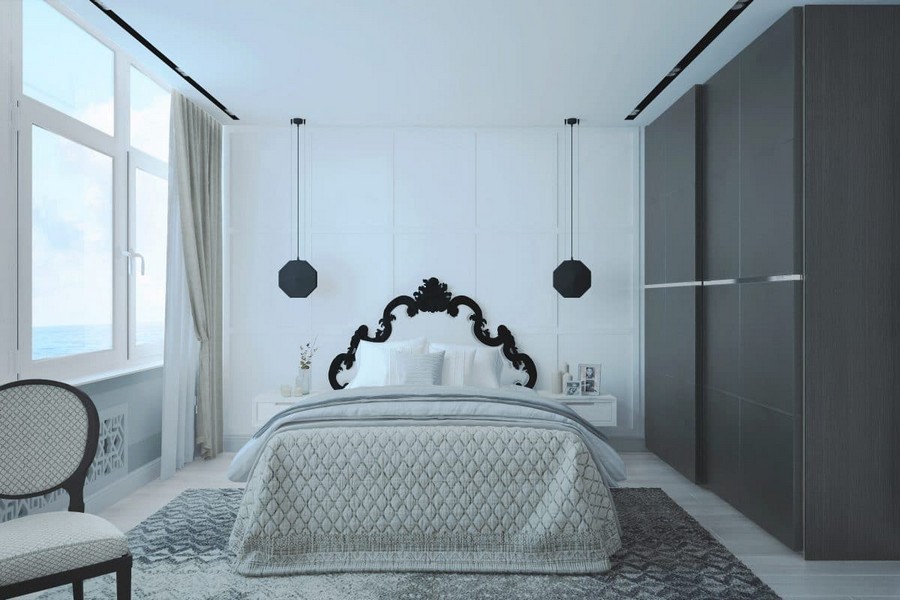 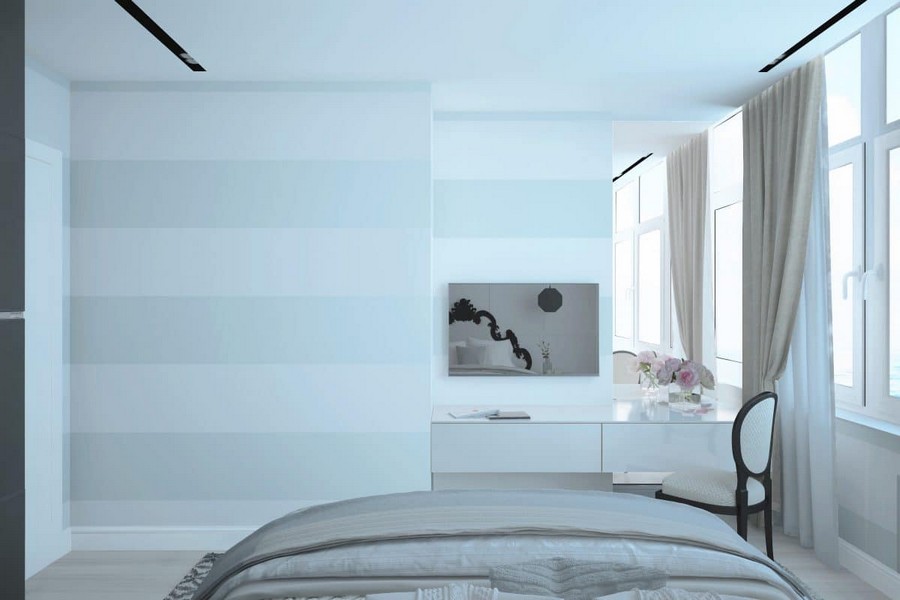 The kid’s bedroom is the airiest and thanks to pink and pale purple hues, star wallpaper and velvet arm-chairs resembles a piece of marshmallow. So far the kid is small, so there’s no study zone here: just a small princess’s lounge that plays the role of a game zone at the same time, a sleeping place and a storage spot opposite composed of a couple of wardrobes and a chest of drawers. 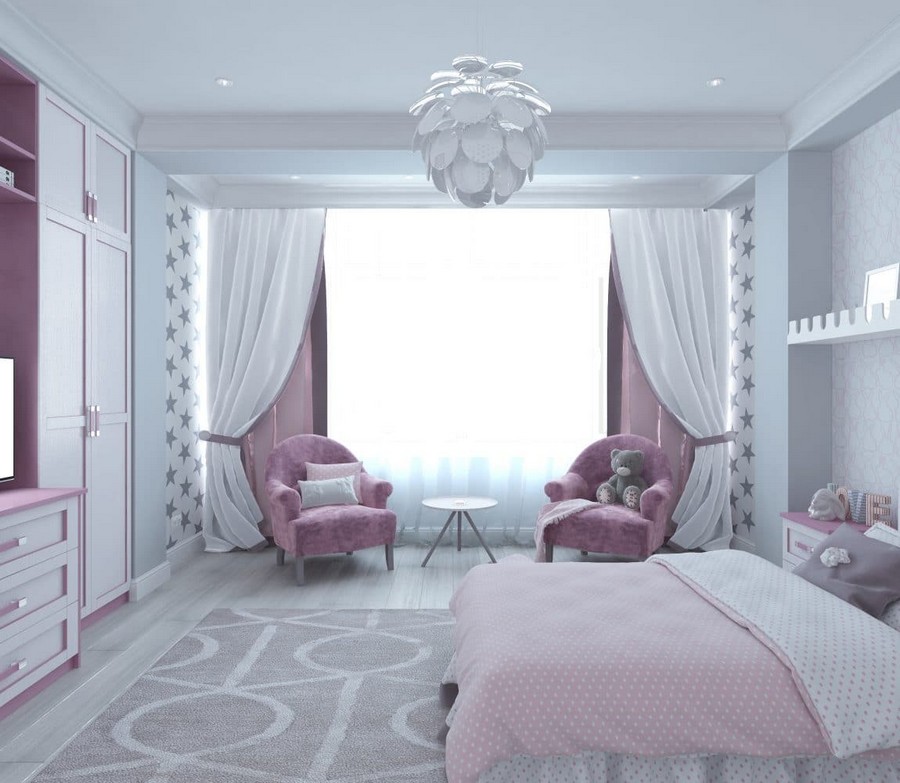 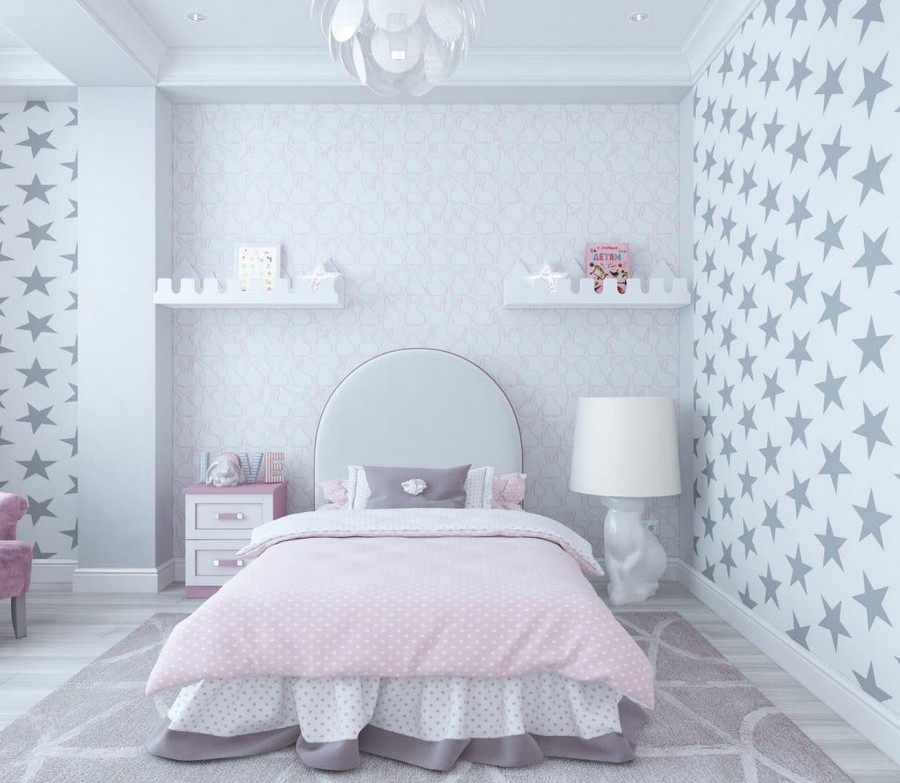 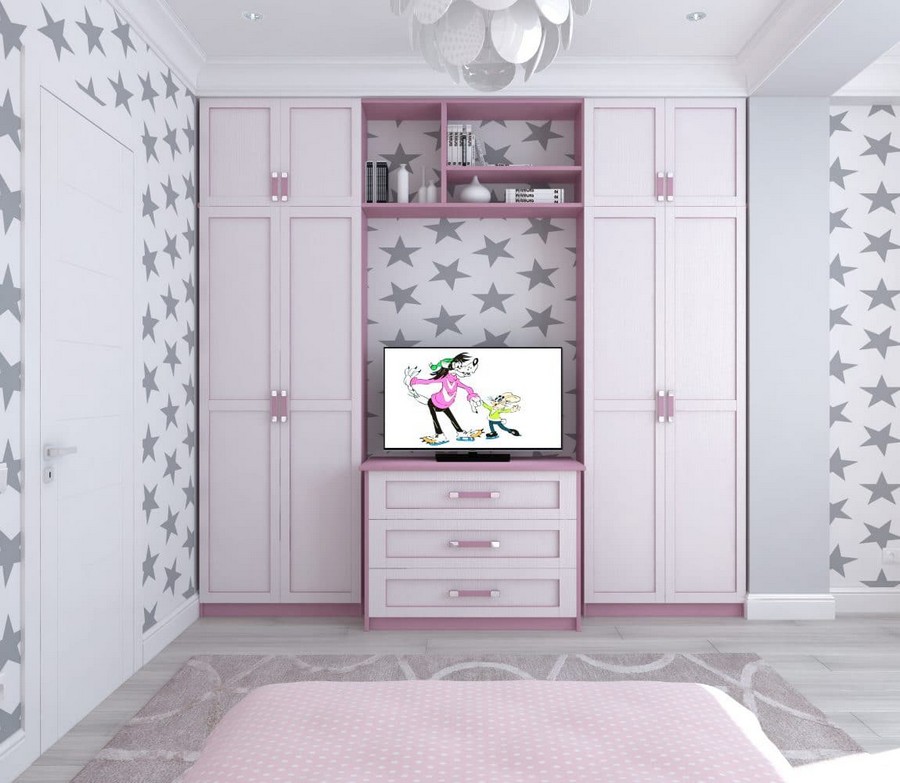 An interior design project worked out by a professional is always recognizable by the presence of linking elements that unite all the rooms despite their stylistic and color differences. In this case this role is played by geometrical elements – they’re represented in the living room wallpaper, kitchen cabinets, tablecloth and load-bearing column, in the master bed’s headboard, star wallpaper in the kid’s room and a mirror décor in the bathroom. Bringing the room together, these small details make the space integral and finished.