With our category “Biomimicry & Design” we’re continuing our journey around the nicest architectural projects of the world inspired by natural mechanisms. We already visited Germany, Singapore and Brazil. Now it’s time for the United Kingdom… 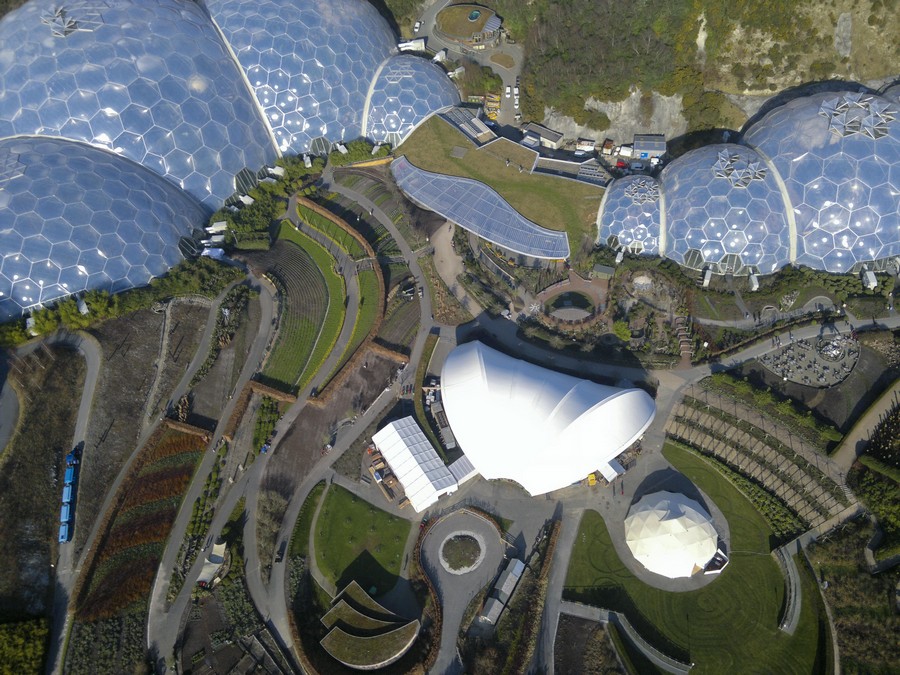 The world’s biggest covered botanical gardens are built in a pit that appeared in the result of clay extraction. Back in 1996 Grimshaw Architecture Studio was looking for a spot for realizing their new project of closed ecosystems. This pit was vacant and a “bubble building” composed of plastic honeycombs (hexagonal and pentagonal) could be placed on any surface. 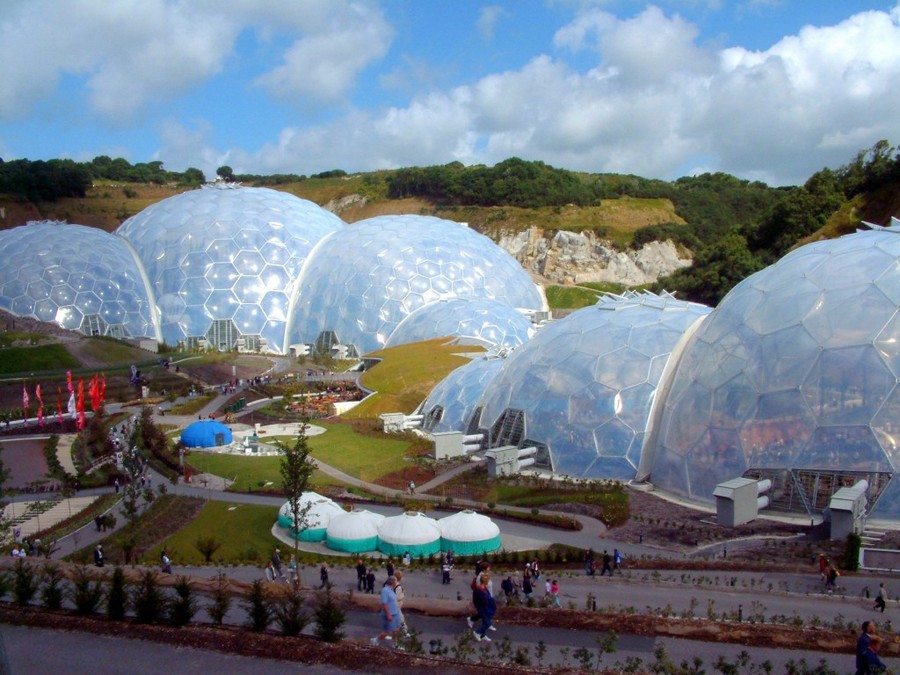 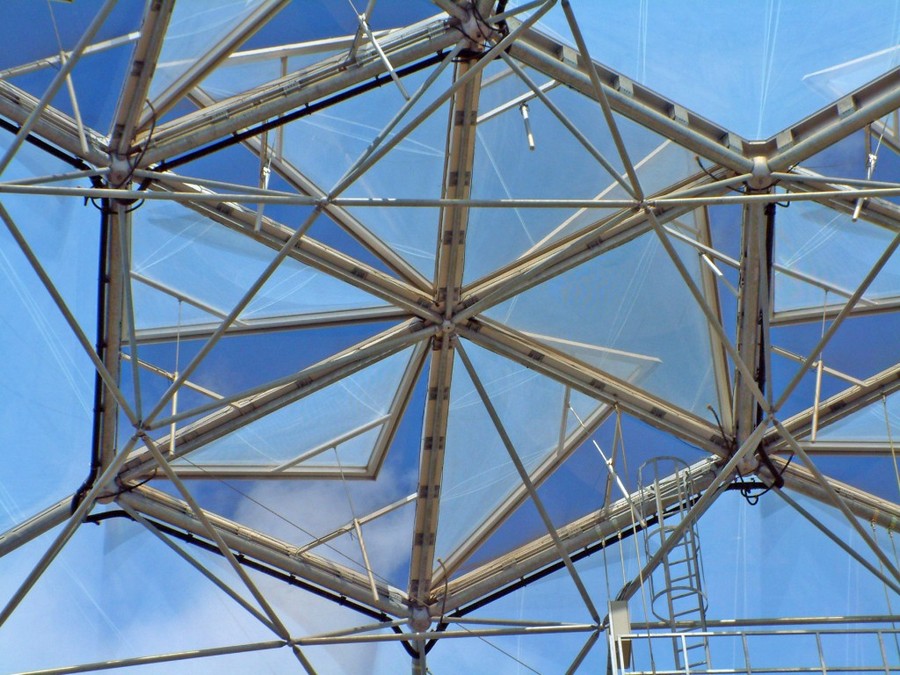 Each of compound spherical hothouses is twice as high as the Big Ben and filled with thousands of tropical plants species. Inside you can take an excursion, watch a movie, listen to a lecture or attend a charity event. The Eden Project was launched in 2001, in 2002 Pulp made a performance here, and in 2005 the world’s officially biggest and smelliest flower was blooming here. At the moment wind turbines in Cornwall supply the “biomes” with energy, but in 2010 the project got a permission to build a geothermal electric plant (a counterpart of super-trees in Singapore). 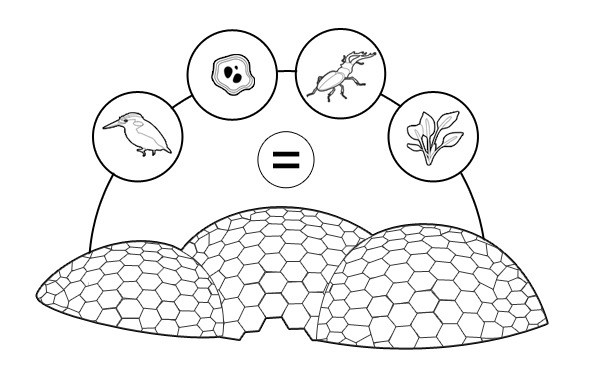 By 2020 the buildings will become carbon-neutral: CO2 emission will be cut by 80%. Even sooner the Eden Project will sustain itself in terms of heat and light and moreover, will provide these resources for approximately 5,000 houses in the neighborhood. Transparent “honeycombs” create a thermal cushion – in summer the building doesn’t need artificial lighting or heating. In winter-time the appropriate temperature is maintained by means of biodegradable wastes recycling. The water collection process is also automated as in any genuine ecosystem. 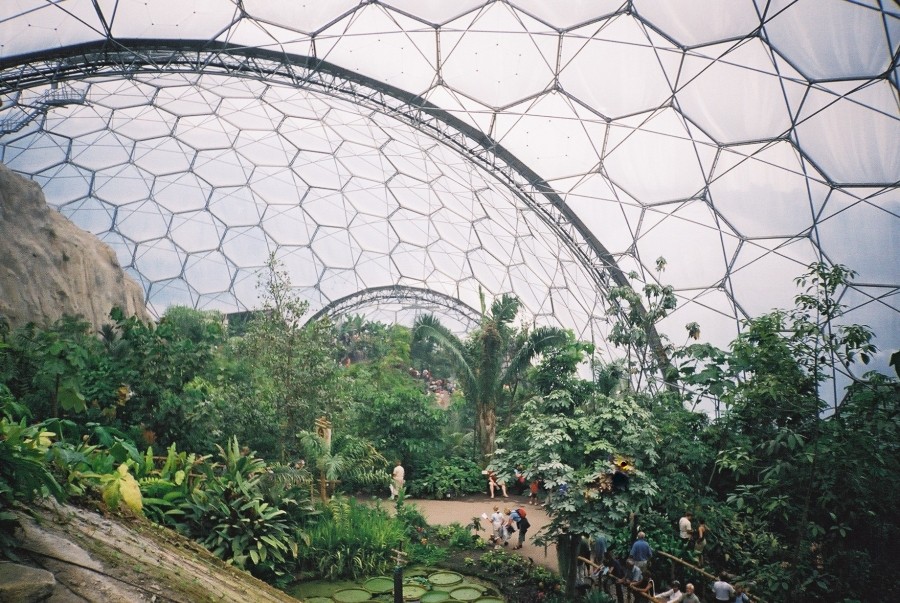 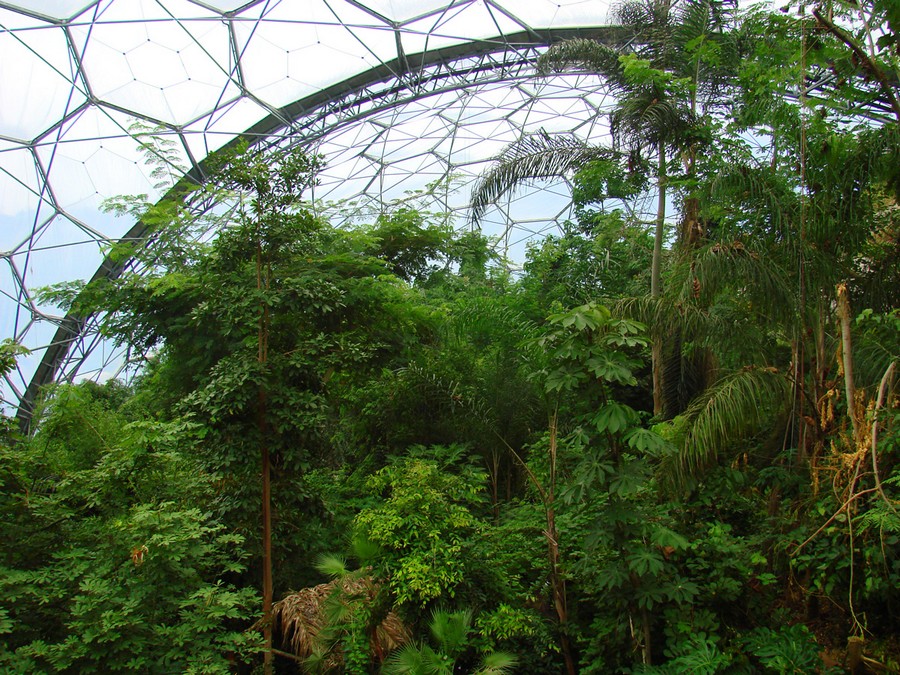 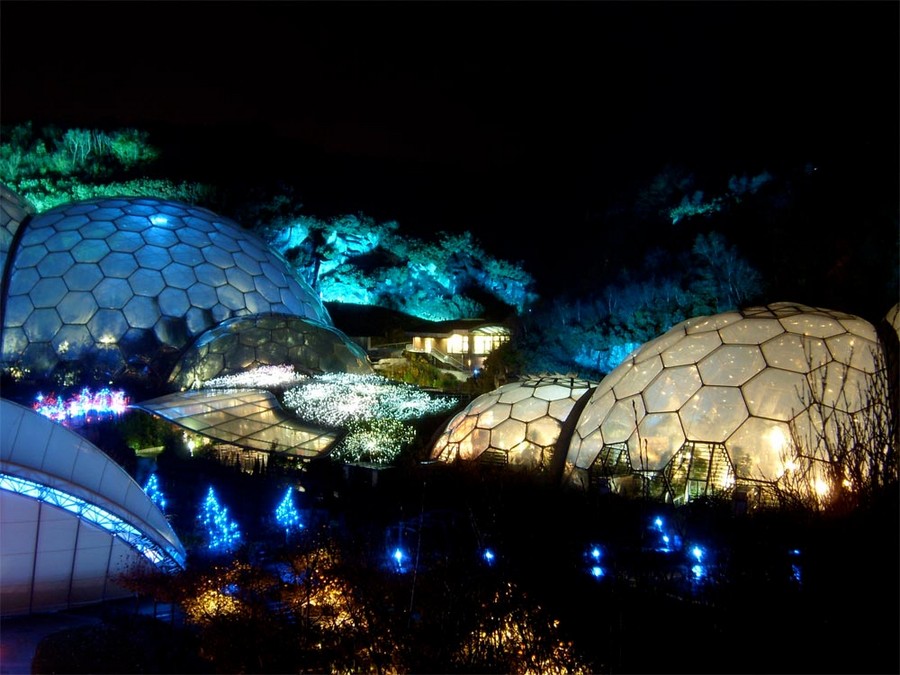 Non-uniformity of colors in nature – patterns, hues, gradients on leaves and petals – is far more wide-spread than unanimity and symmetry. Gay colors in architecture and design are a relatively new approach, especially when it comes to public spaces. It goes without saying that fussy carpets show spots less easily, chaotically designed stained-glass windows are easier to mend, mismatched tiles can be safely replaced and they’re more practical when it comes to finishing complex shapes… 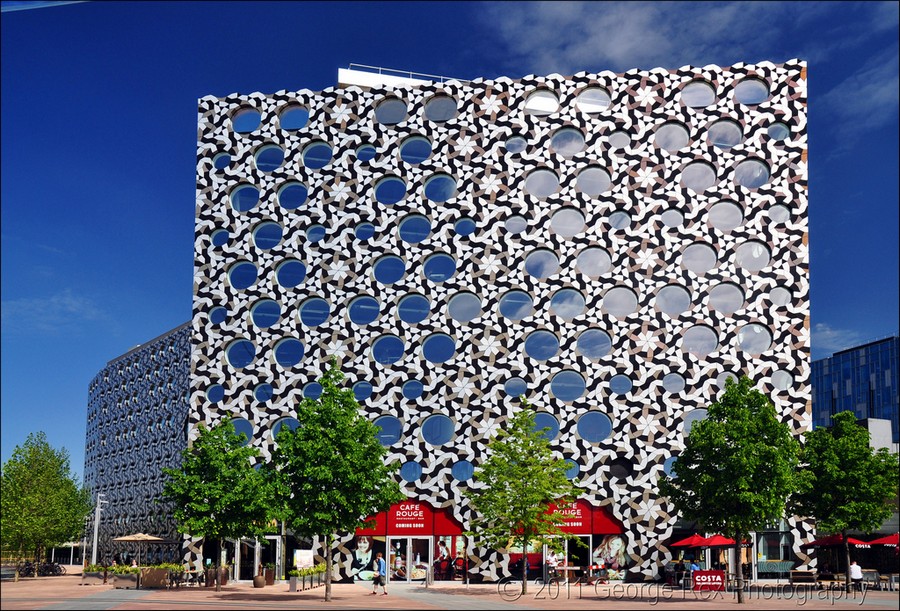 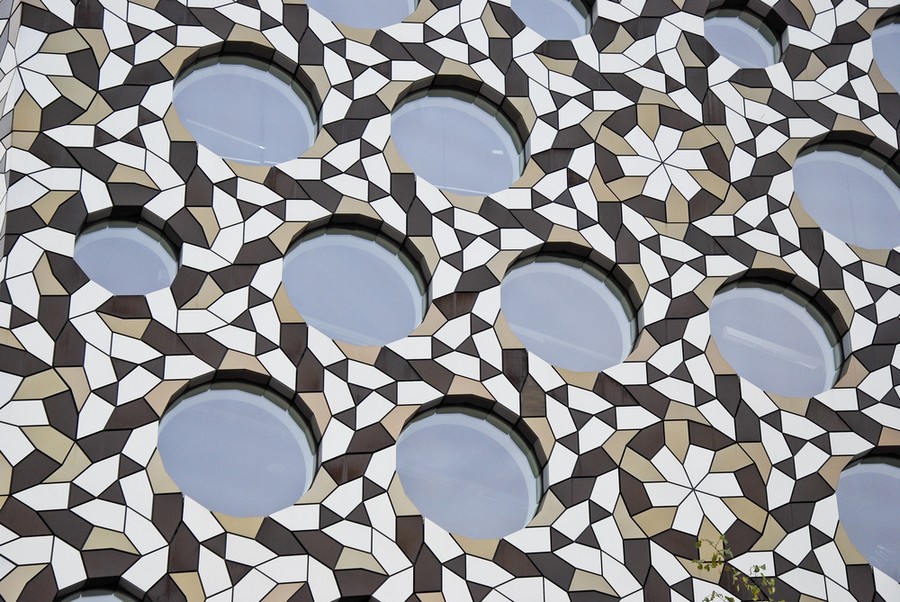 Aesthetics of ordered chaos – that is the right description for the exterior finish of Ravensbourne, a university building in the heart of London. Its facade is laid with tiles in non-repetitive sequence: seven mismatched window types are designed out of three differently-sized types of tiles that can be easily and quietly replaced. Thus, such an ultimately contemporary construction is organized according to the basic natural ordered-chaos principle. 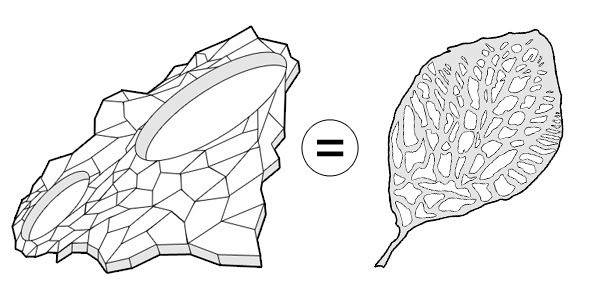