Small cottage houses can hardly surprise anyone, especially in Moscow suburbs. But we are sure that there is no more such a house like this! And it’s all about a non-standard wish of the client and great imagination of the creator. 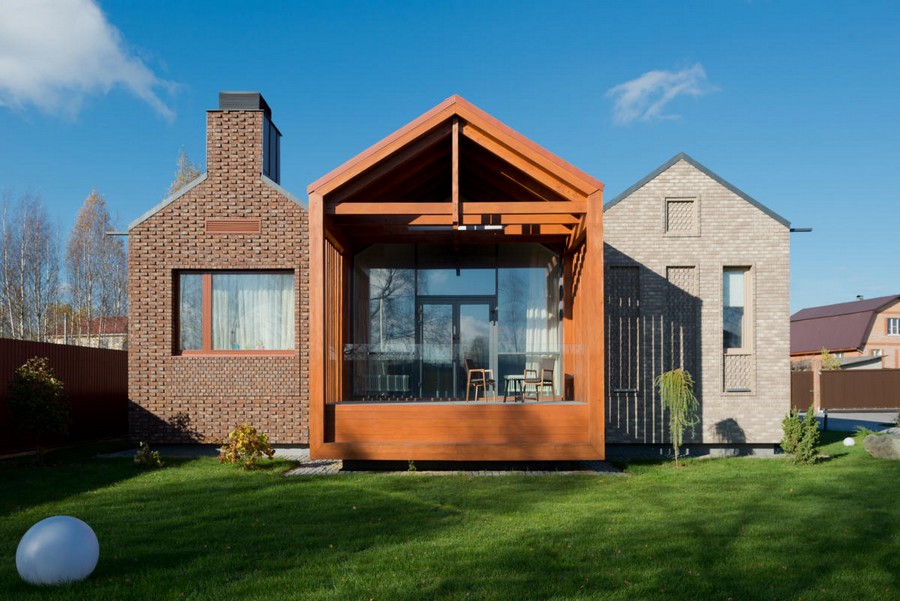 This square one-floor house is located in Shatura – a small city to the east of Moscow with a population of about 33,000 people. And this might seem trivial until you see it with your own eyes. It becomes clear what a job was done by the architect to create such a nice construction.

It all started from the concrete foundation that the client had already had built. In fact the foundation was the only thing he had – no house, no project, no architect. So the professional he hired had to face two challenges: the old foundation must be preserved as it is and the house must be one-storey. So that the resulting project was both meeting the owner’s requirements and also comfortable, stylish and contemporary a good idea had to be generated.  And see how it was… 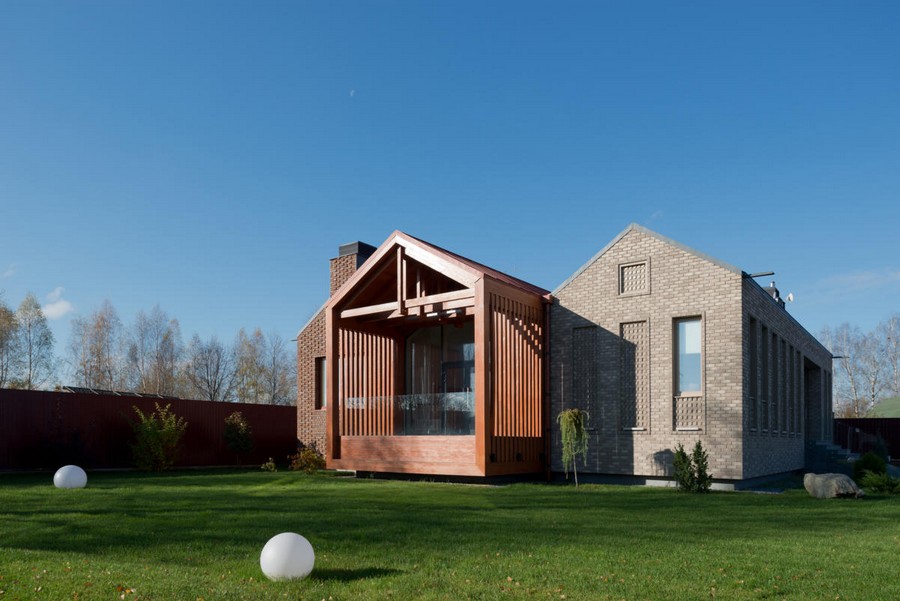 On your way from Moscow to Shatura (and it’s about 130 km) you will see plenty of versatile houses built from diverse materials and in different periods of time. These are wooden huts, giant brick houses hastily built in the 1990s after the Dissolution of the USSR and deserted public buildings with mured up windows from the same epoch. It was determined to grab this bunch of projects and merge them into a single whole, i.e. take the old  ideas and implement them from scratch, but now wisely and intelligently.

So now the house is composed of three blocks: the middle one is the open-concept living room and kitchen with panoramic windows and no attic joist floor, the one with partially mured up windows is a master bedroom, and the brick part is a couple of toddler rooms. 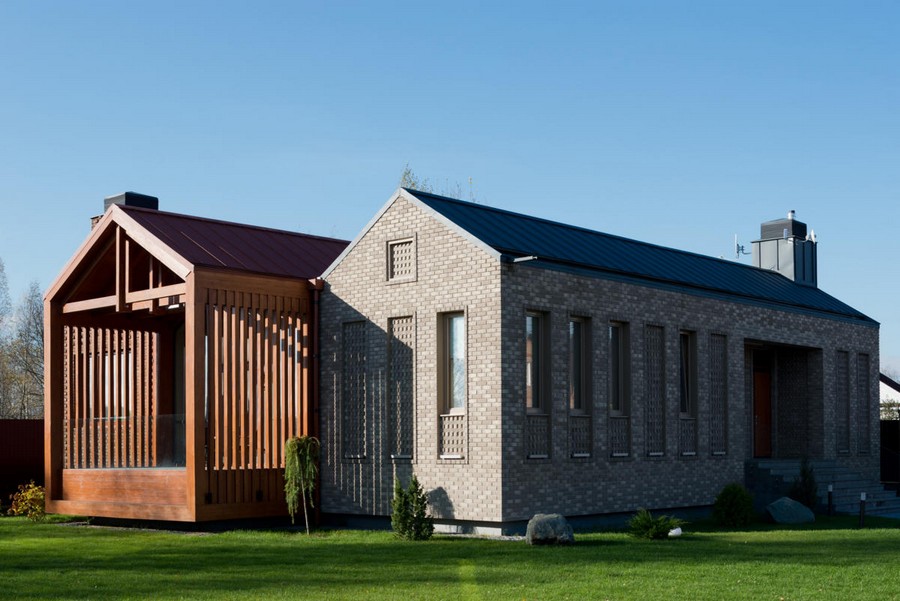 In the end one big house is composed of three little ones – mismatched, but so organically fit into the landscape and the territory of the land plot. It’s filled with interesting details, shapes and materials: wood, bricks, mismatched windows and competently designed outdoor lights – this house can be watched for hours. 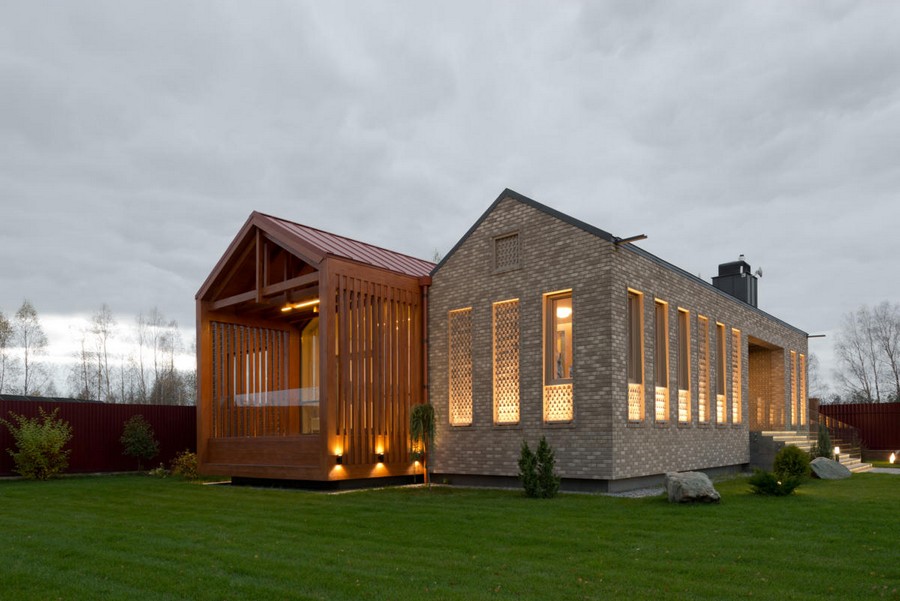 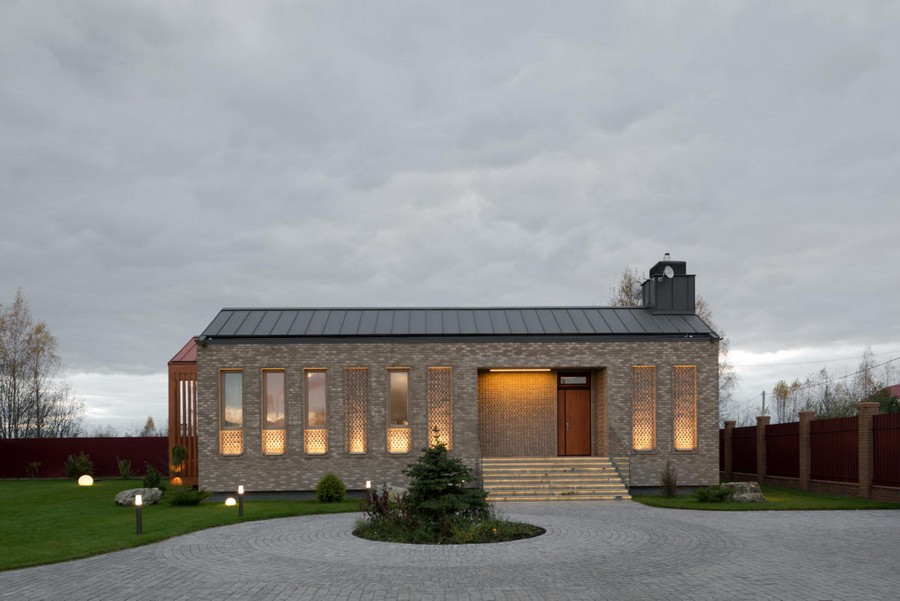 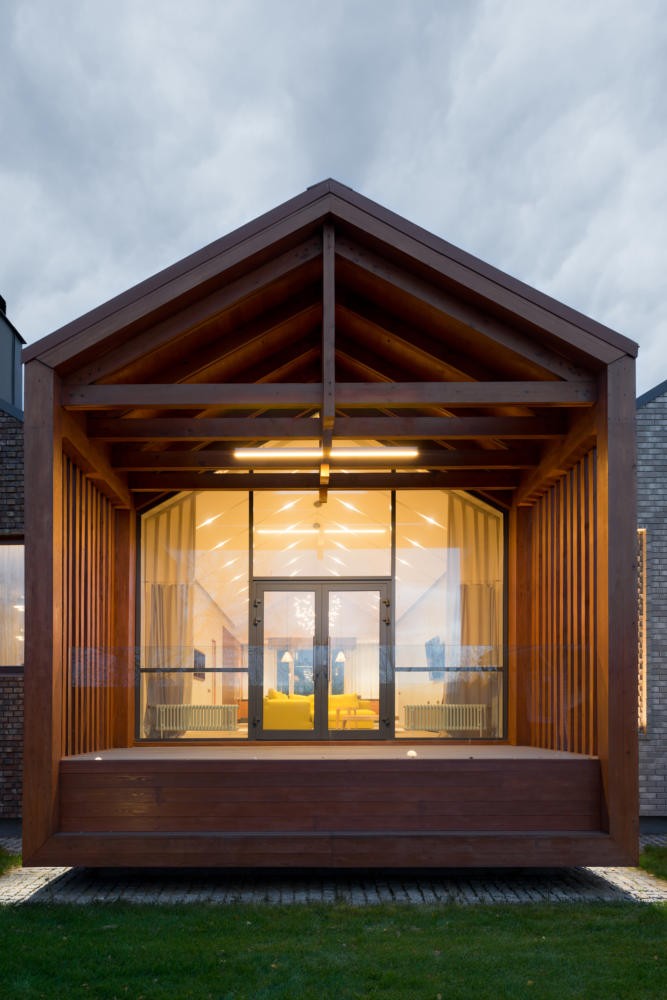 And in the end let’s take a peek at how the middle element is designed. The open-concept space comprises a minimalist kitchen set by Cesar, a dining zone and a lounge area composed of a splendid yellow sofa by Cassina and a Linteloo coffee table – all arranged on one axis. 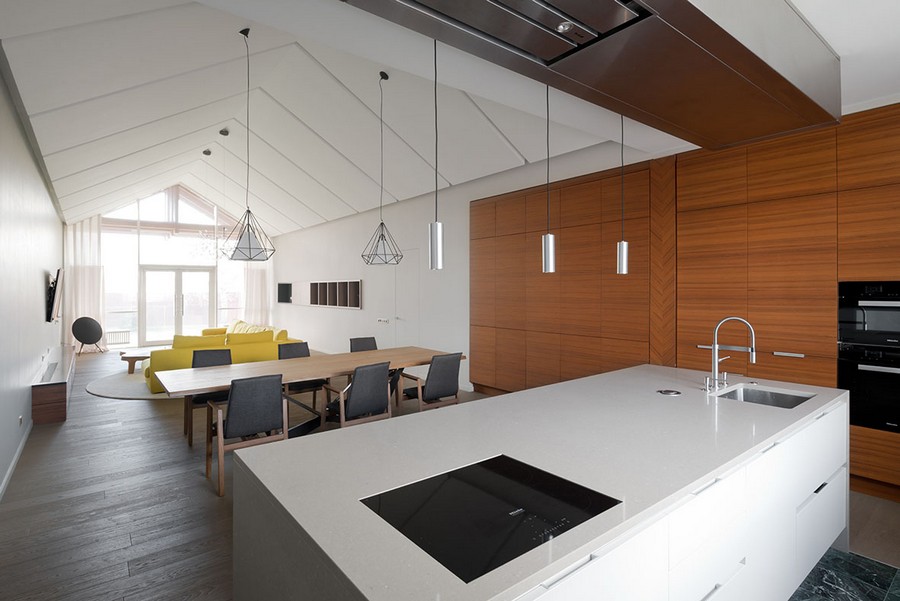 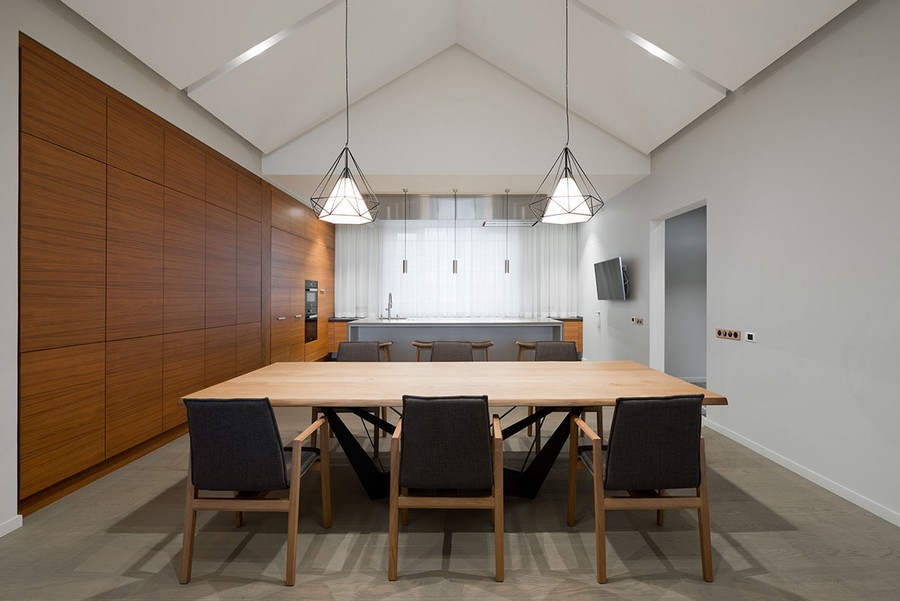