Have you noticed that architecture projects of our days become more and more unbelievable, even cosmic? We decided to peer into the future and found three buildings in different parts of the world that seem to be one step ahead of the planet. 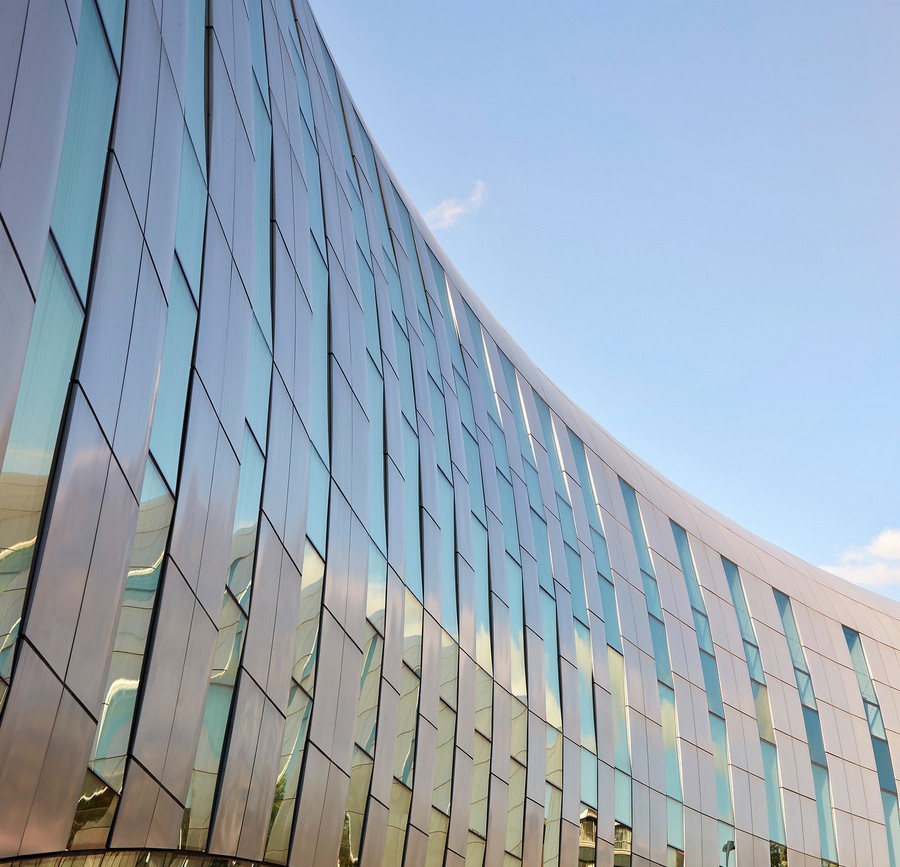 The Curve building has a very important mission: it has to lay the foundation for the cultural renaissance and development of a big town of Slough in the county of Berkshire, England. This cultural centre houses a library, exhibition and conference halls, a public centre and many other spaces for cultural activities and entertainment. The building with a total area of about 5,000 square meters is 90-meter-long and resembles a bit the form of a curved pipe. 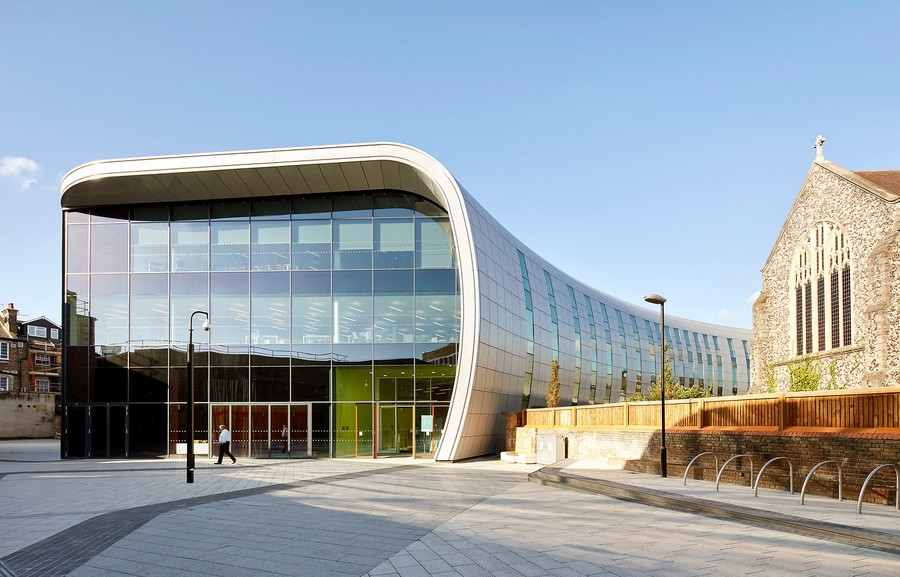 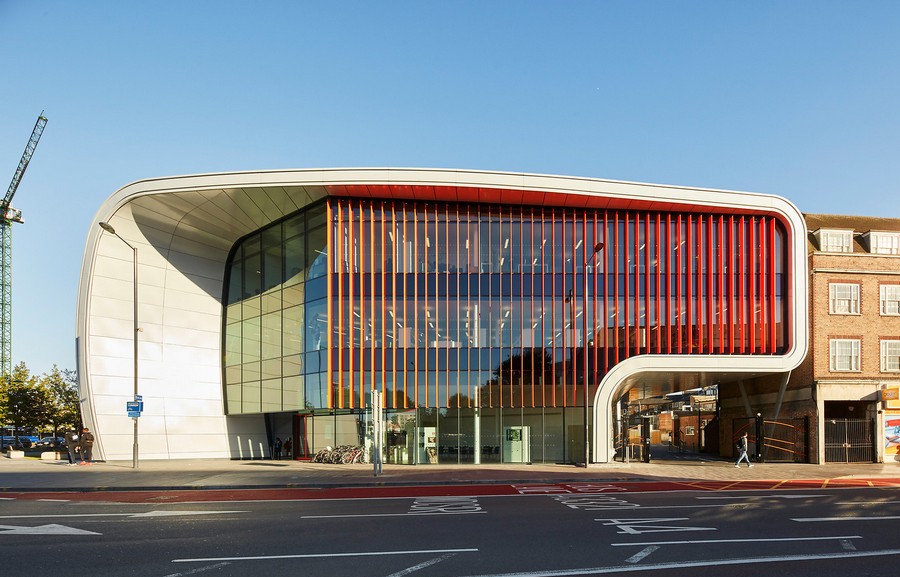 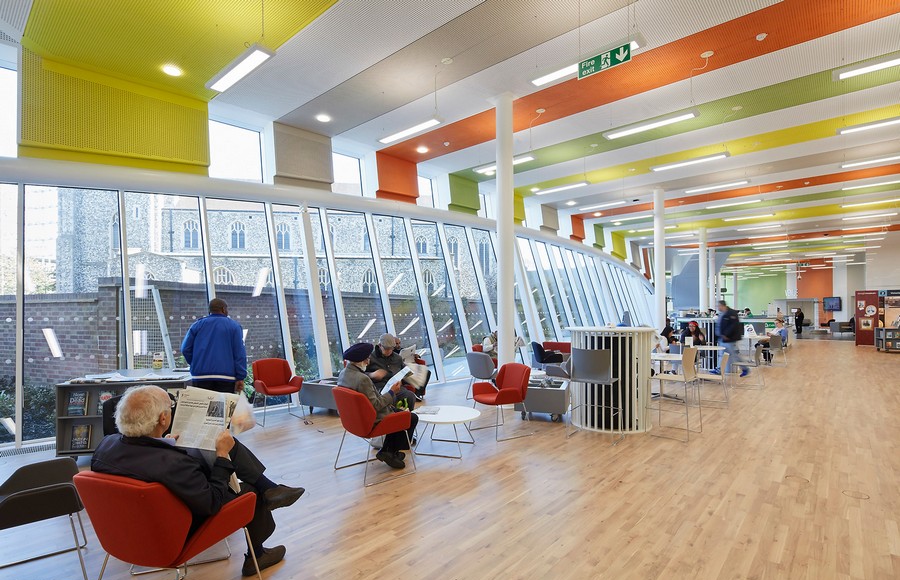 We guess that obtaining such an ideal shape of the construction was pretty challenging for the specialists of Bblur Architecture, but thanks to a customized system of lining and complex glazing technique they managed to do their job very well. 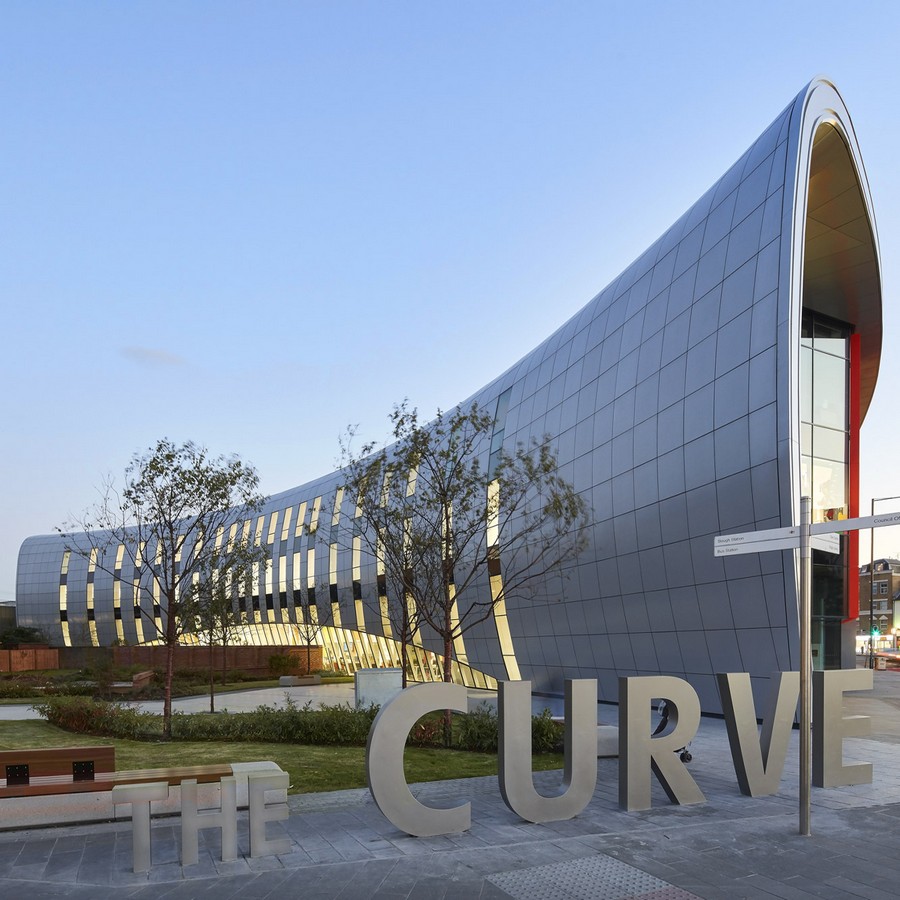 Our next destination is Jiaxing – a prefecture-level city in China. During the last decade this city has suffered rapid urbanization. As a result huge residential communities, trade centers and office buildings are almost stacked on each other, while places where people are supposed to be engaged in leisure activities are sorely lacking. 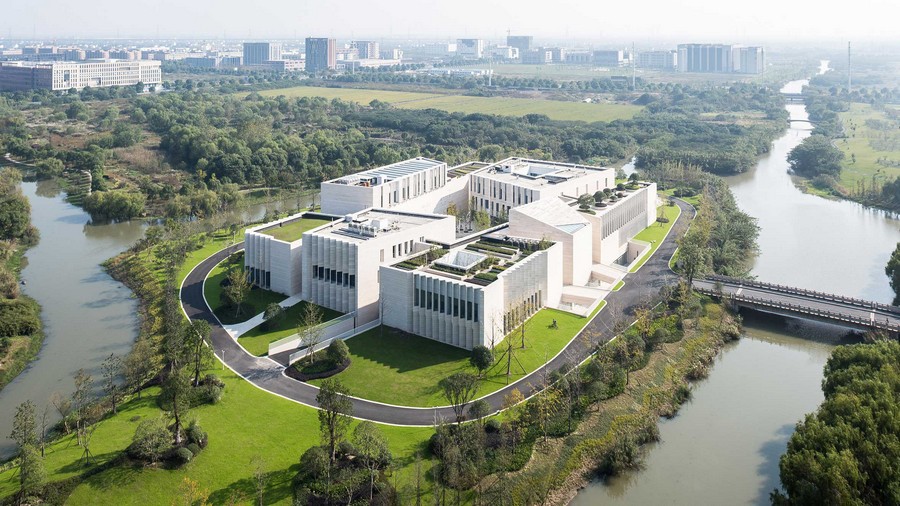 The building of a public centre worked out by the experts of AIM Architecture is designed to address this very problem comprehensively. The centre includes eight low-rise constructions, which house a kindergarten, a hotel, restaurants, gyms and many other places for entertainment. The best thing about its architecture is that it’s designed as a safe haven in the midst of an ever-rushing world: the complex is located on an island and resembles a castle with defensive walls, in which people may feel safe. And in the middle there is a nice square and a garden where the inhabitants and guests of Jiaxing can enjoy the silence and get their portion of fresh air. 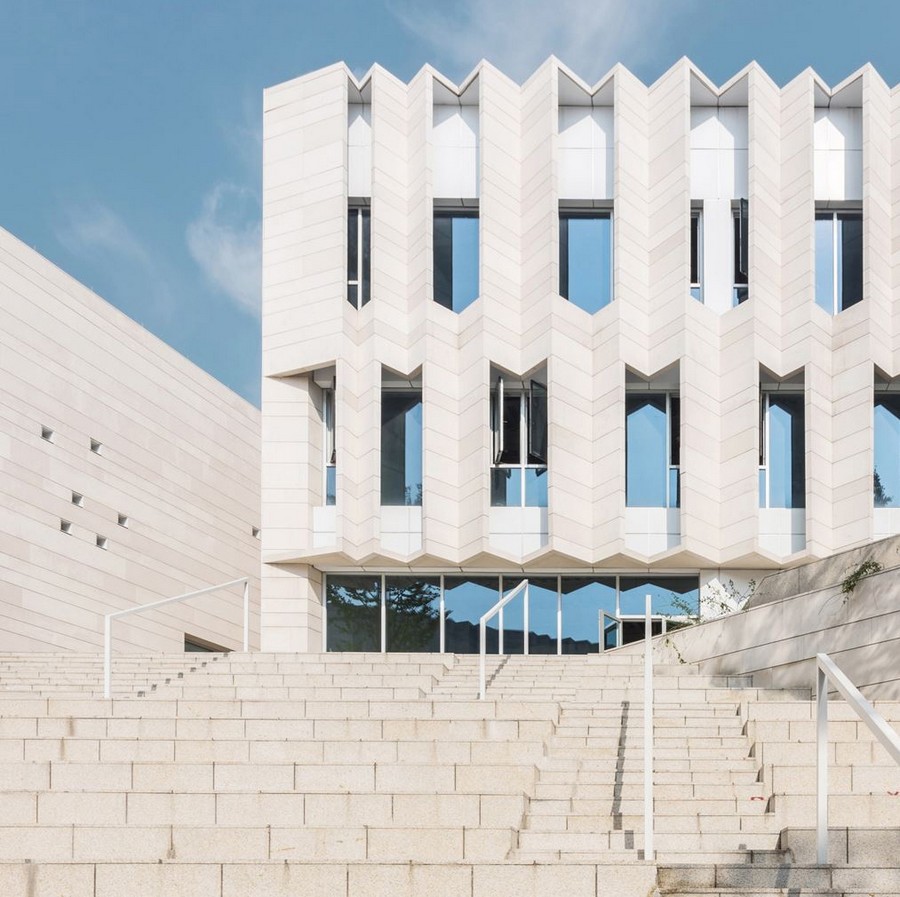 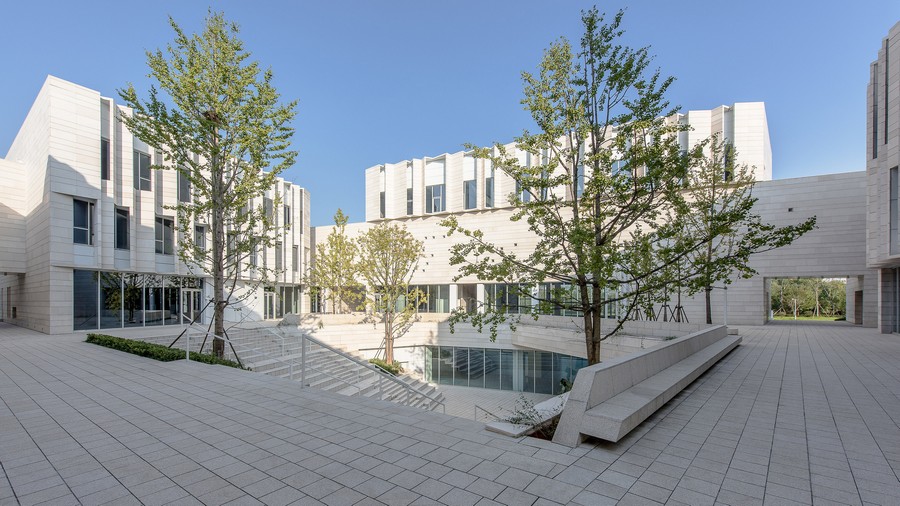 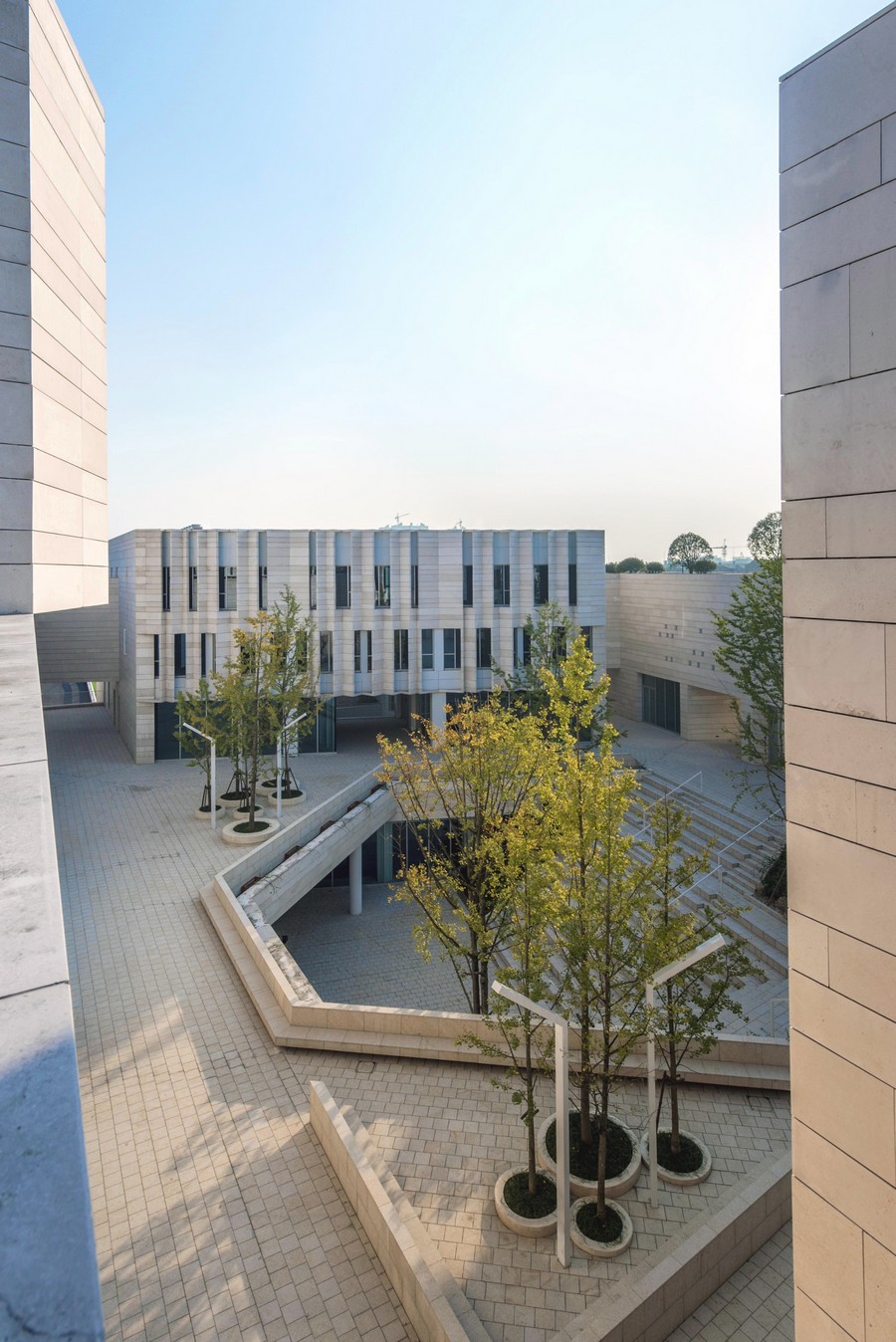 City Center Tower, an office building in Manila, the Philippines

White collars of Manila, the capital city of the Philippines, are lucky to be not like everyone else. City Center Tower has an unusual facade reminding of sea waves. Twisting harder, they gradually change into a row of balconies – the image looks great from any point of view. 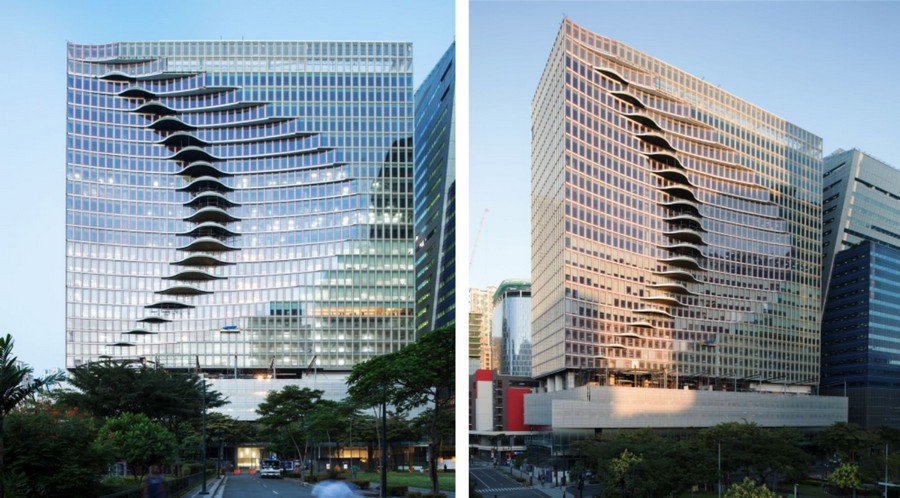 Firstly, the employees have enough room for enjoying the splendid landscape. Secondly, the building has become an important architecture accent. And thirdly, it will surely attract the attention of tourists and passers-by. 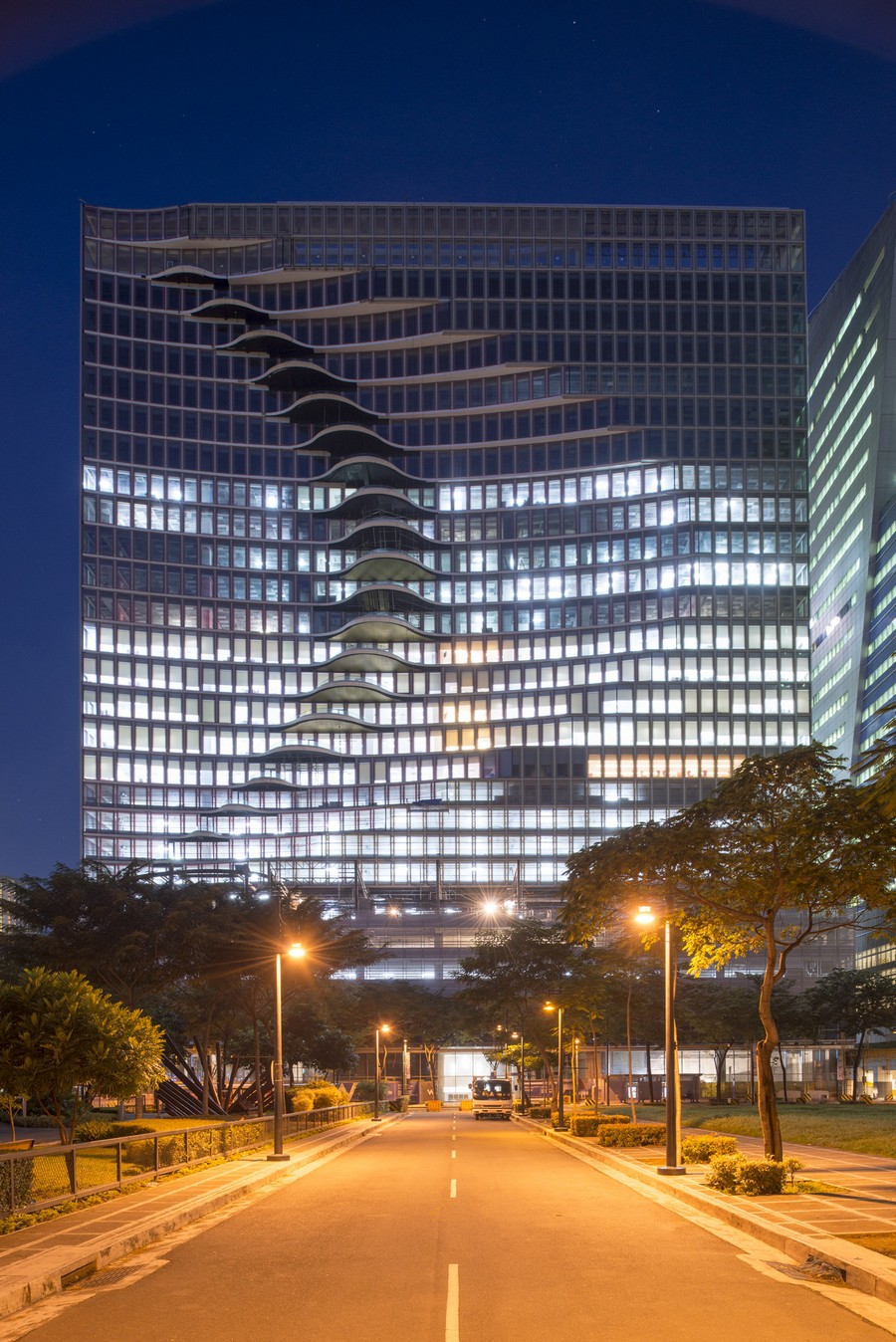 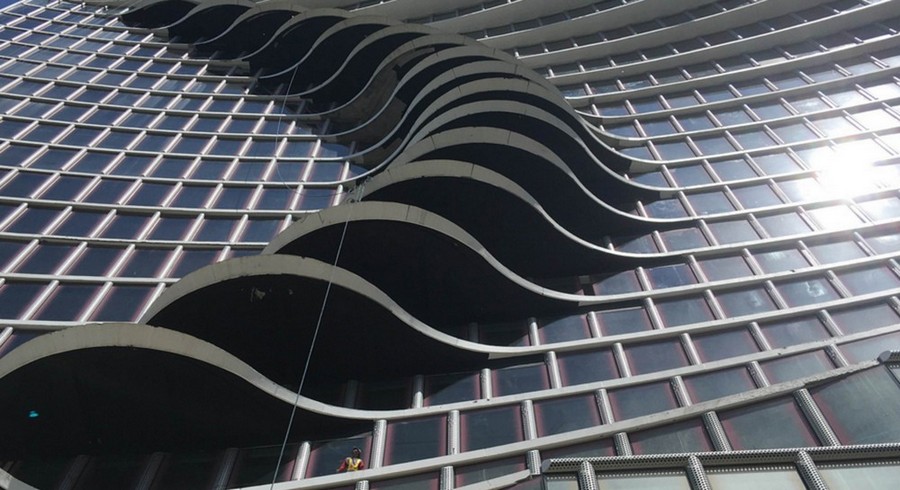