The owner of this house, Serge, spent 8 years working and living in Japan to finally come back to Moscow and open a private gallery, which promotes oriental culture. At the same point he was keen on having a workshop and a photo studio of his own. The right space was found in the very heart of the Russian capital, on the attic floor of a very old house. With the passage of time it became a place, where the master lives when he needs to retire into his shell. 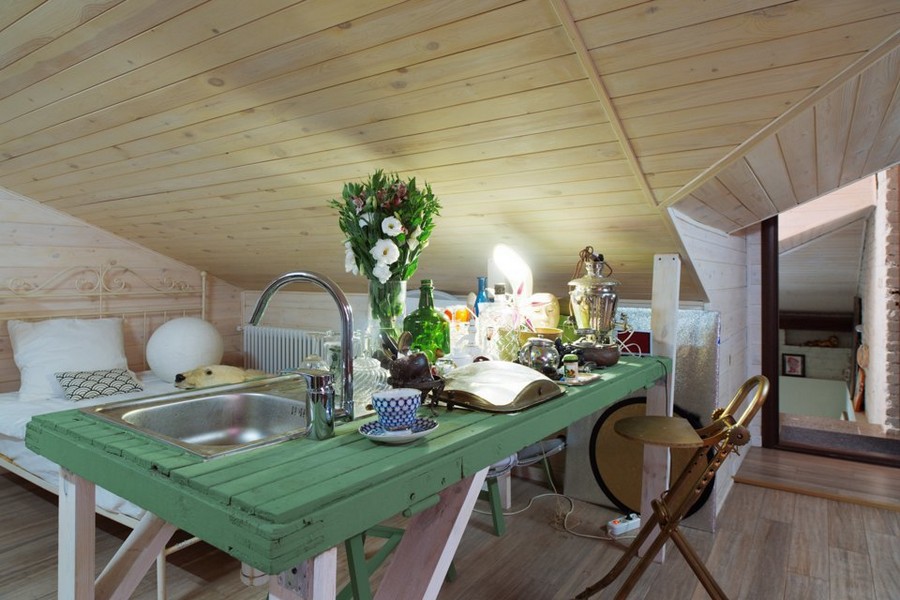 The interior was created by Serge, his brother and his best friend. According to him, many exclusive extraordinary interior elements were initially absolutely unplanned. For example, the centerpiece of the workshop – a marble podium – was initially constructed to conceal the heating systems. And only after a while it was decorated with a pompous bathtub, which was an unexpected birthday gift of his friends. Even the marble used for finishing the pedestal has a history – formerly it used to decorate the walls of the demolished Russia Hotel. 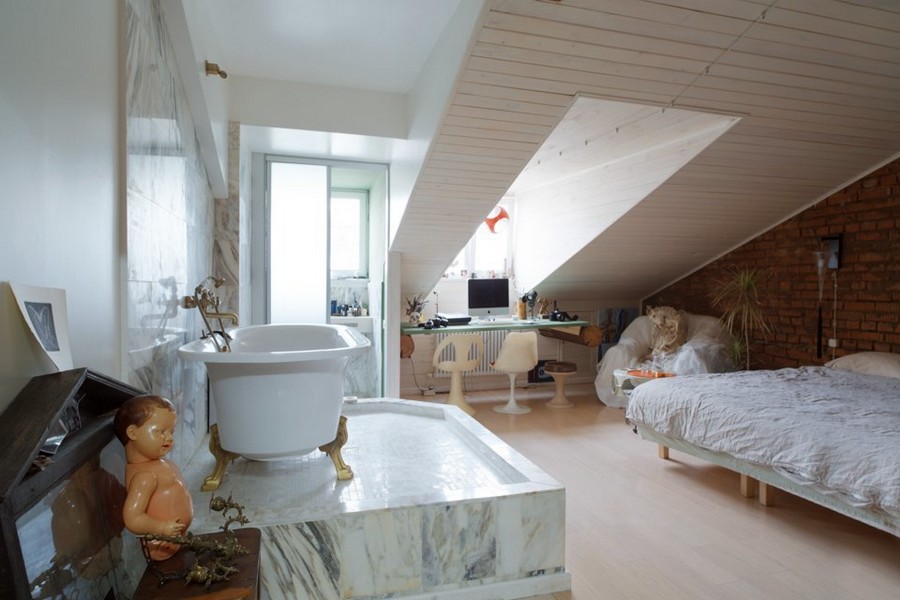 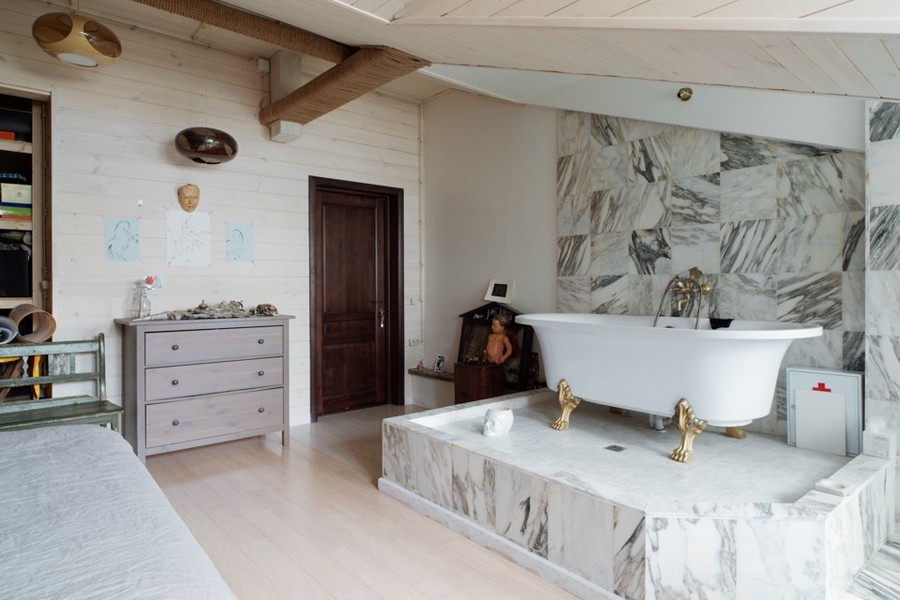 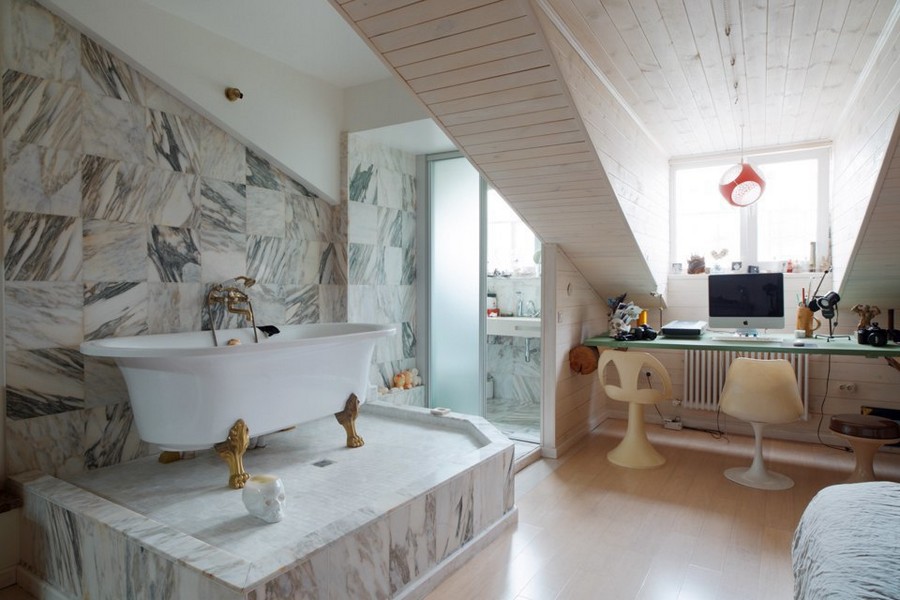 Earlier the attic was entirely penetrated with massive wooden beams, which were then safely removed after a metal framework had been installed instead. And the beams were rationally re-used for making new mounts for the work desk. 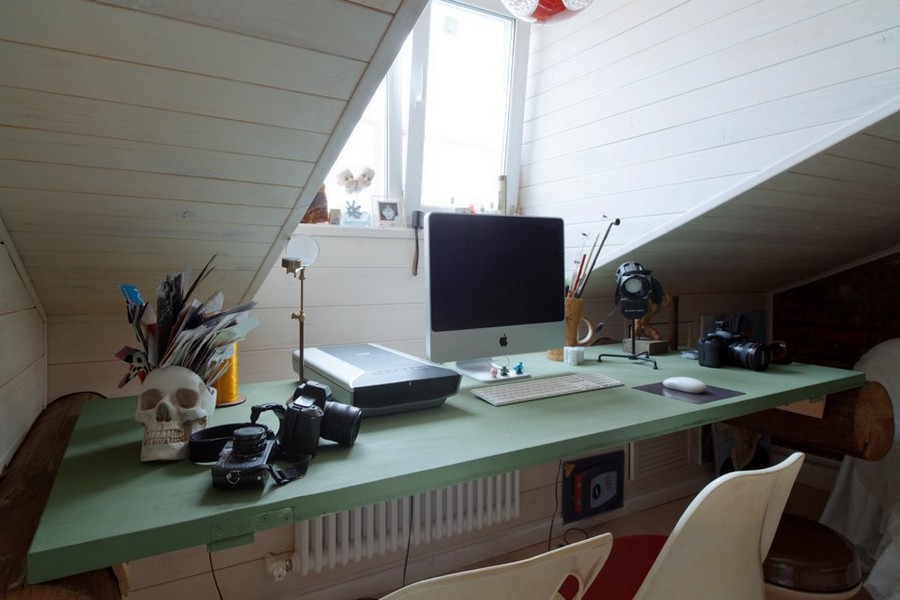 The owner’s passion is 1960s and things coming from those days. That is why most of the furniture and lamps were purchased at foreign flea markets. And some pieces of décor, like a Chinese tea tray, for example, are literally antique. 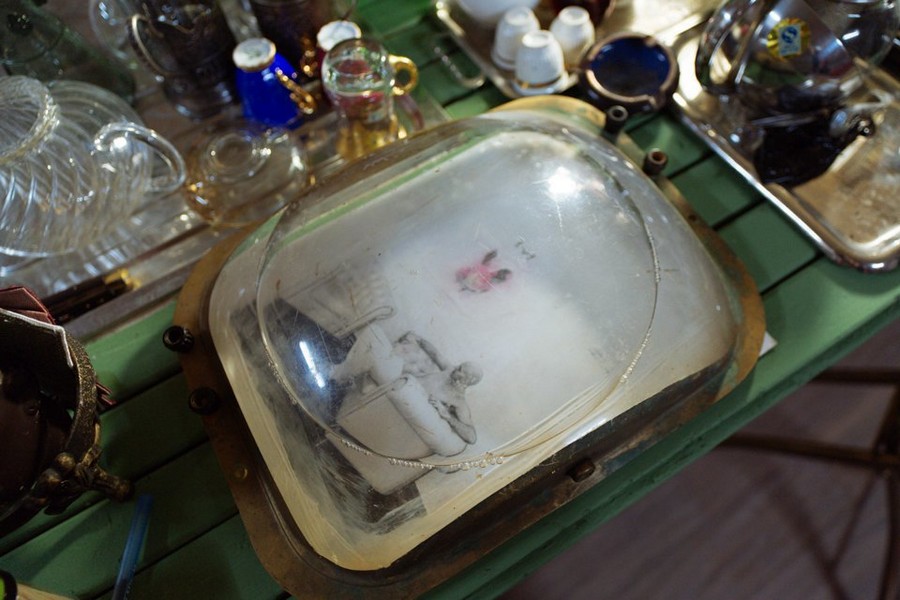 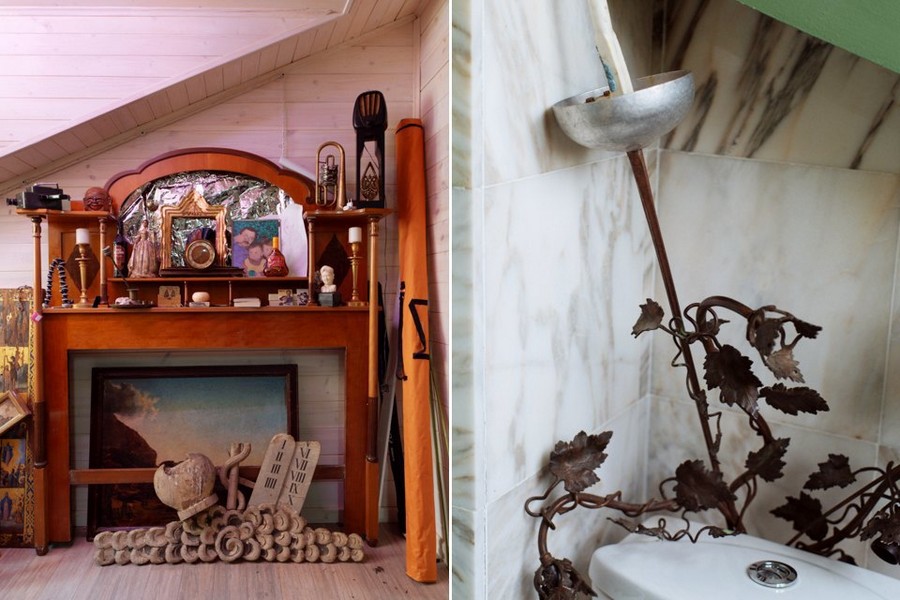 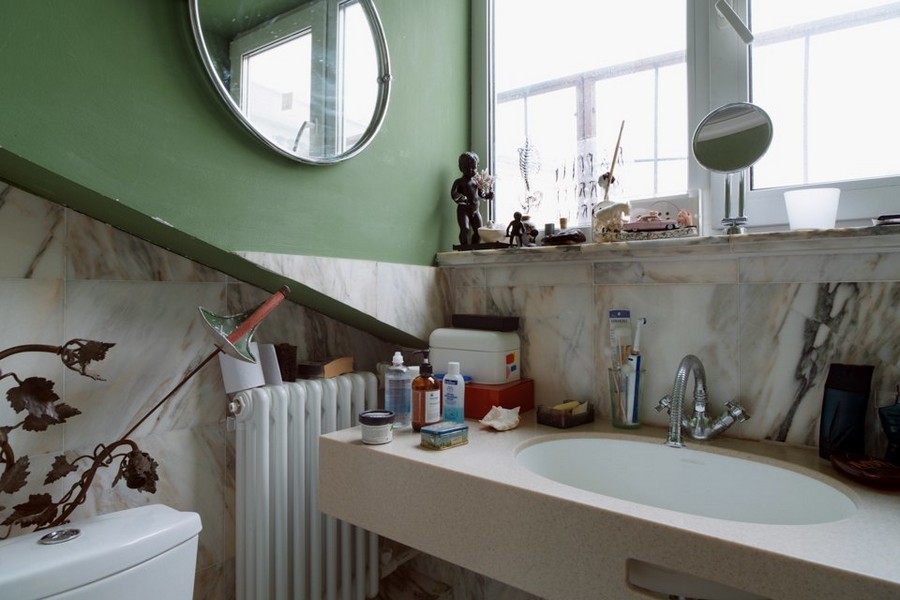 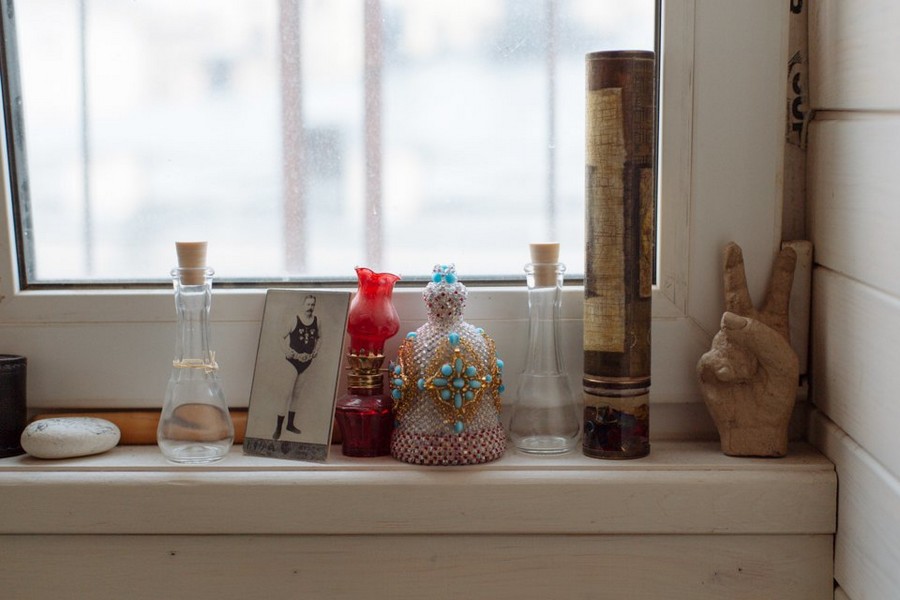 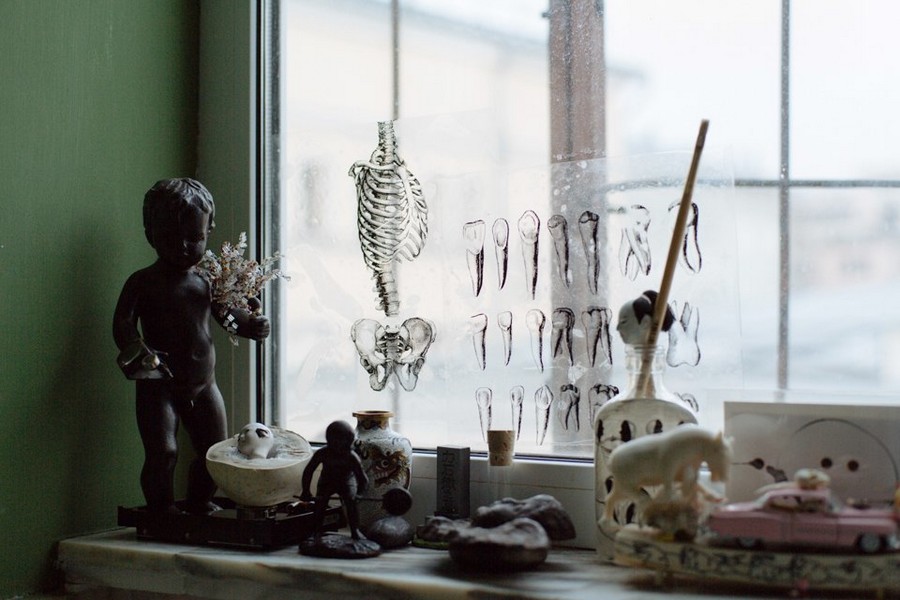 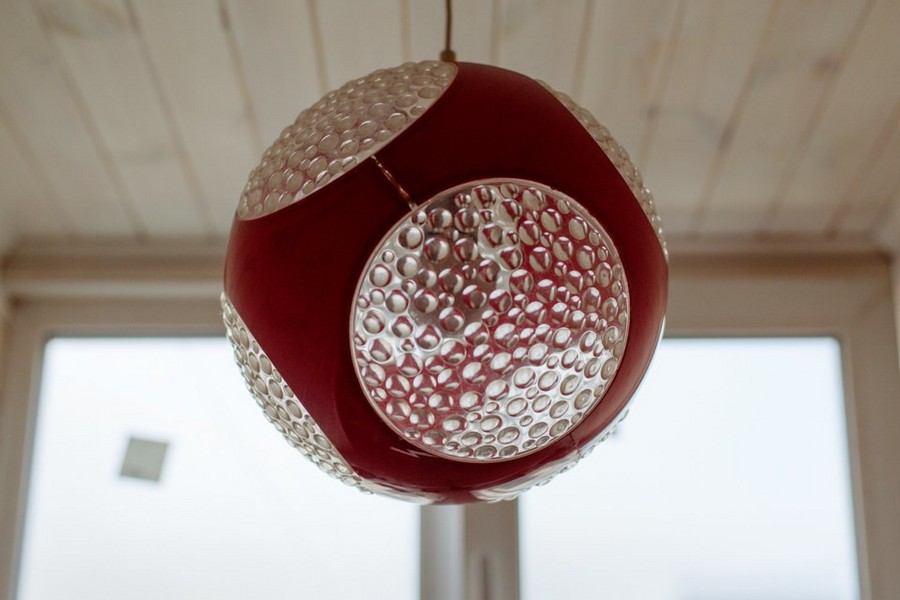 For many years the master has worked in collaboration with a famous Soviet and Russian film director, screenwriter and artist Rustam Khamdamov. He is one of the few contemporary painters, whose works have been included into the Hermitage’s collection in their lifetime. And his paintings proudly decorate the walls of this flat. 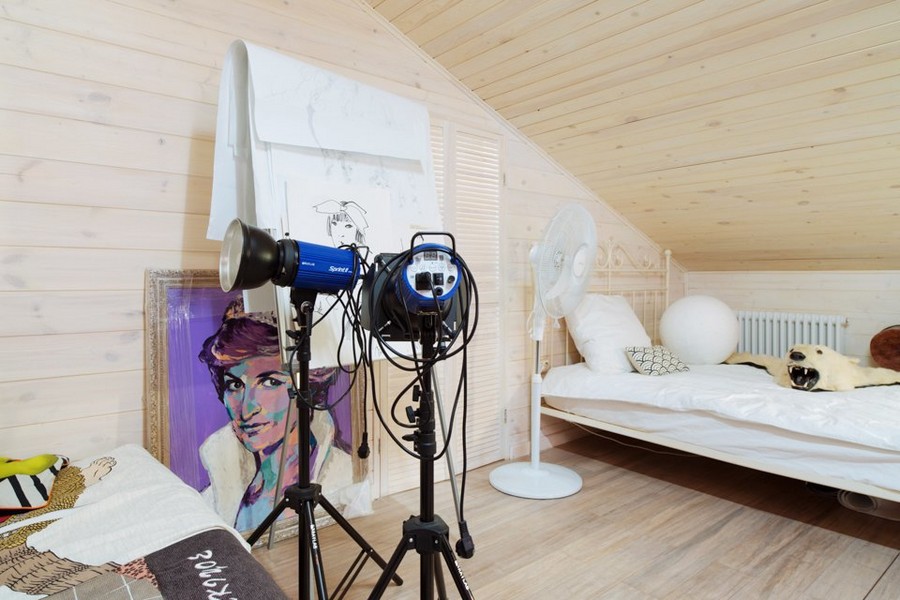 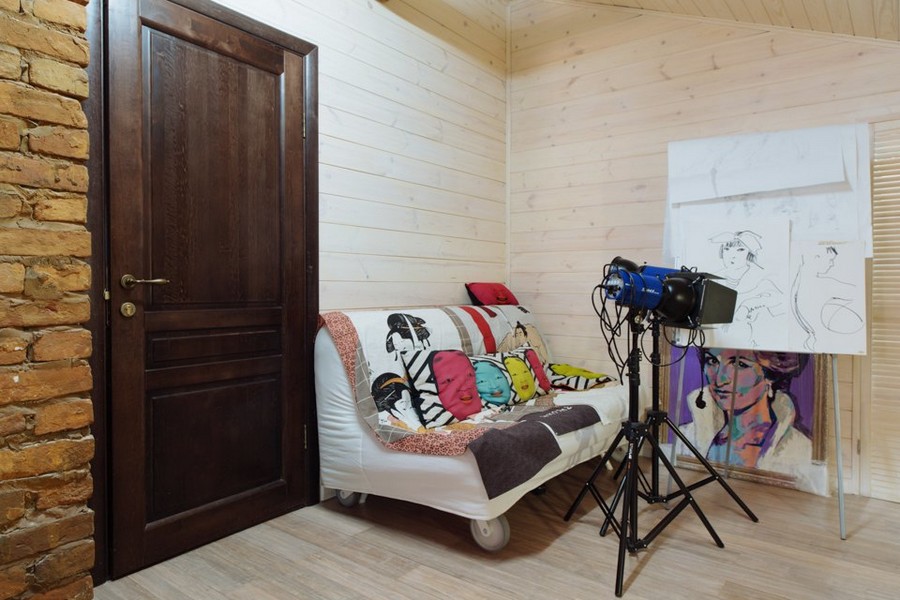 Considering how much time Serge spends at film sets, it’s not in the least surprising that the studio is filled with movie props. For instance, the stuffed sheep was featured in the latest Khamdamov’s movie. 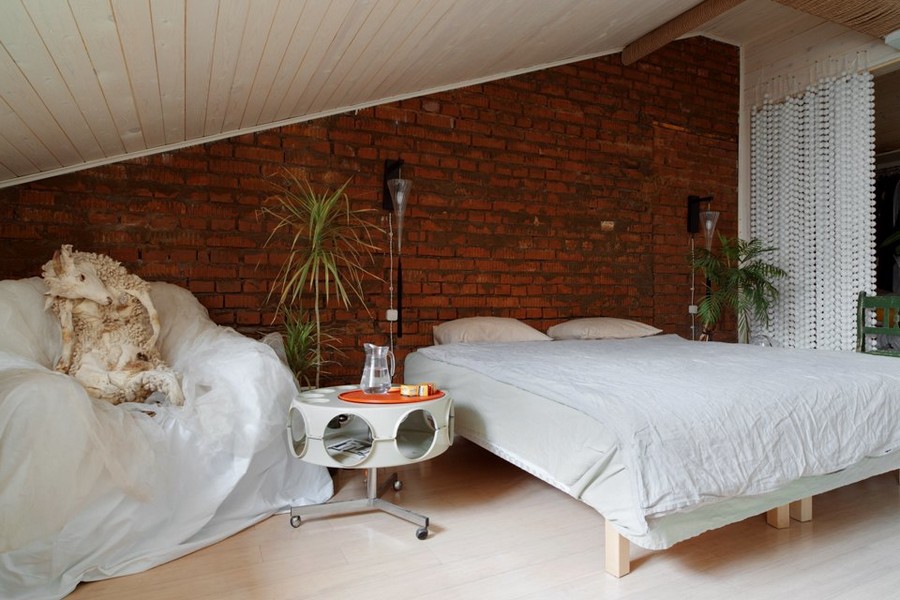 Besides, the master is a big fan of celluloid plastic dolls and has collected dozens of pieces from the 20th century. 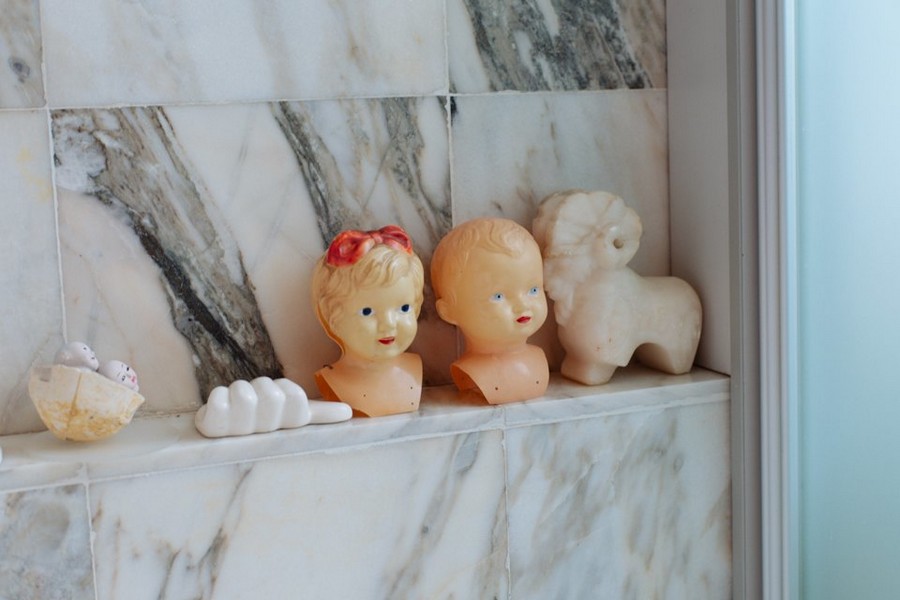 Serge doesn’t mind IKEA furniture: according to him, it keeps spaces from looking like museums. 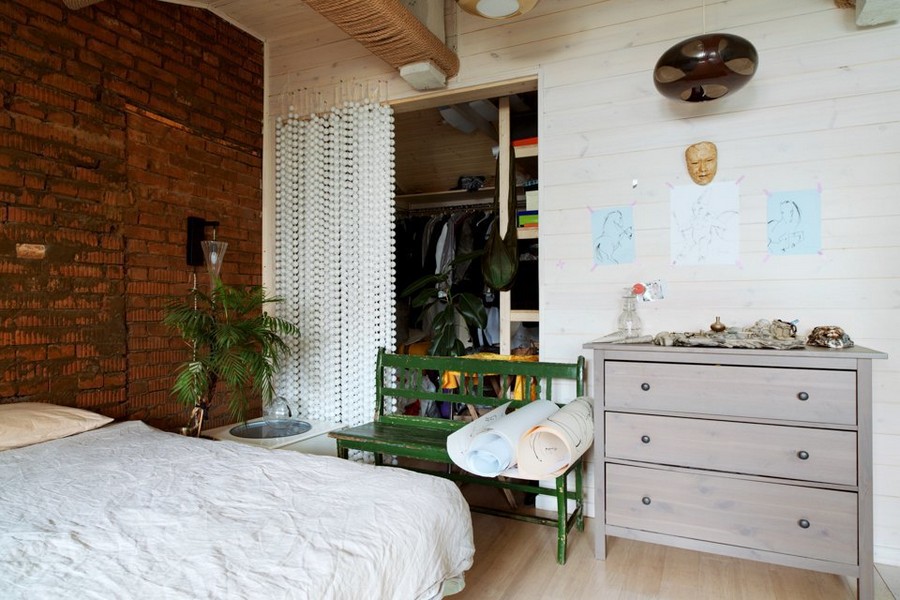 Here you will not find a traditional kitchen – Serge does with just a sink and a small electric oven. A bar table was hand-crafted from an old door found in the street. 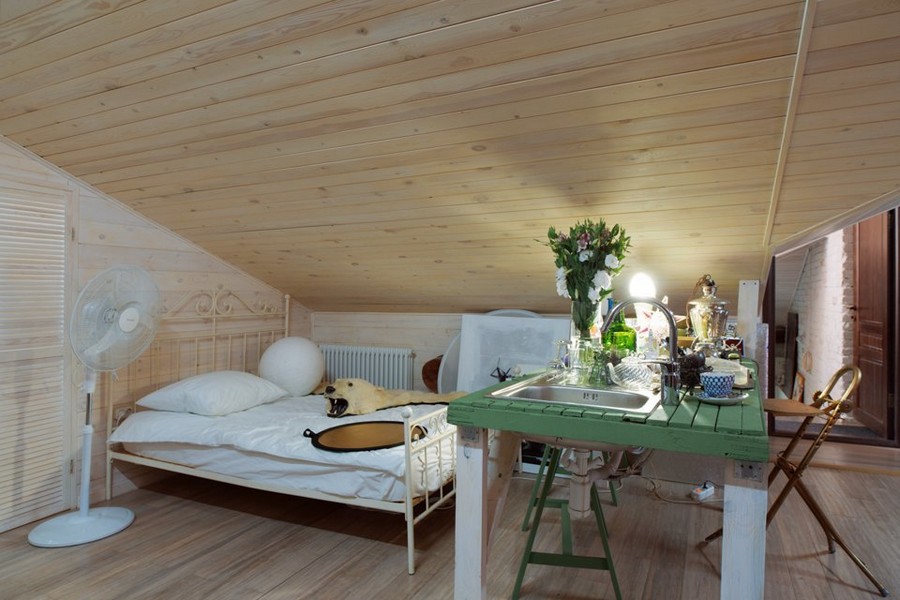 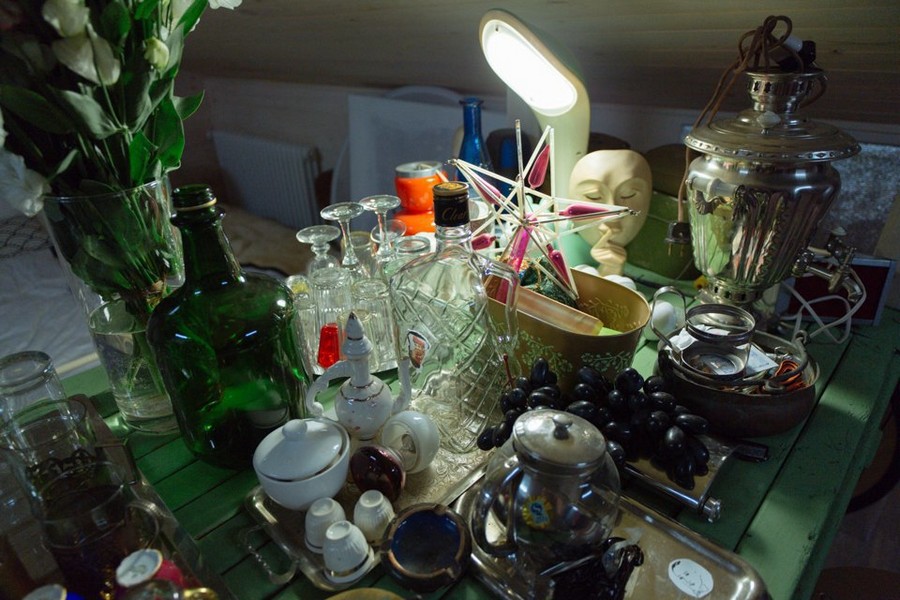 The most beautiful part of this flat is a roof exit with a splendid city view. 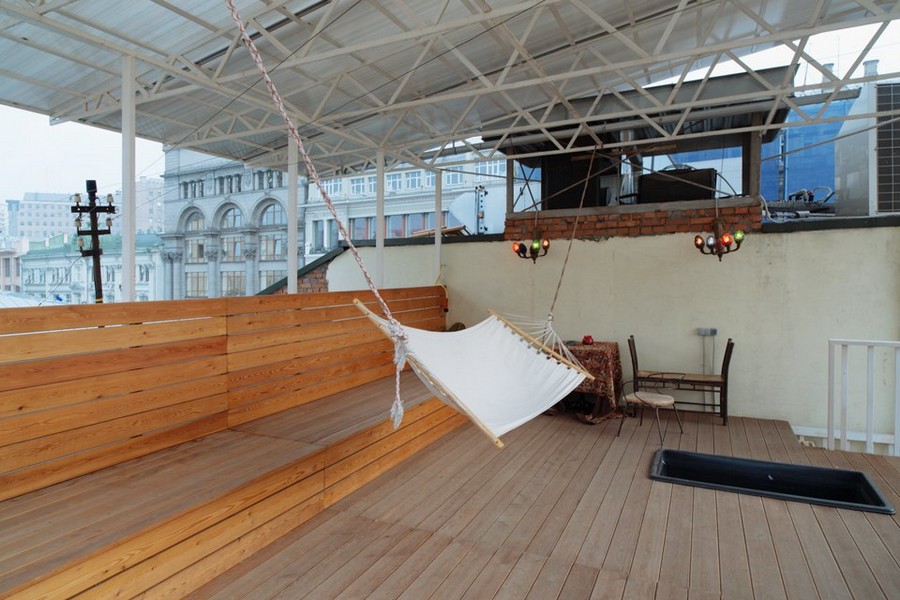