Are you convinced that only professional decorators are able to mix patterns and prints masterly? Of course, the boldest experiments should be better entrusted to a pro, but in fact any person aware of the list of golden rules for mixing patterns can handle this task like an expert. And here they are! 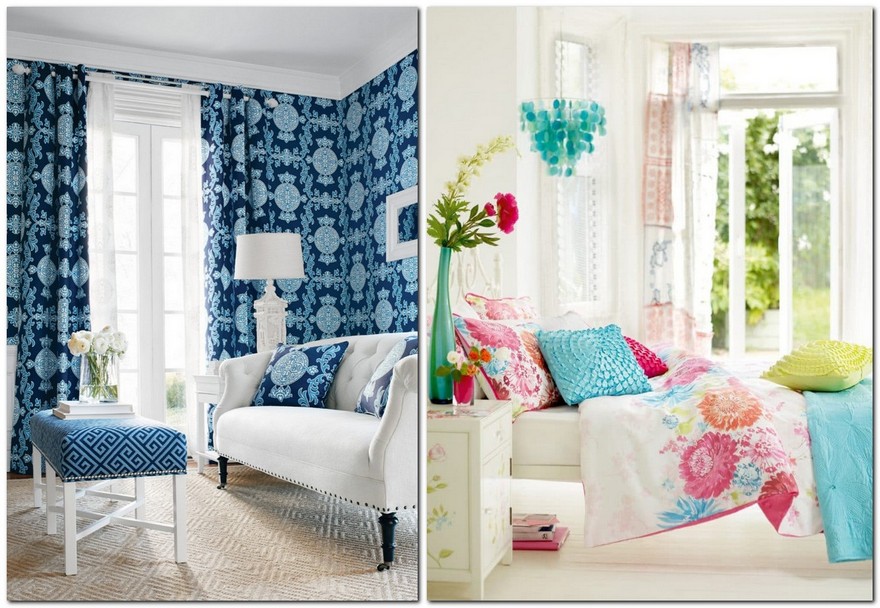 Use an odd number of prints

If you wish to combine a few prints within one room, there is a golden decorator’s rule to follow – always stick to an odd number of prints. The point is that visually such a mix is perceived better and it looks more original (and originality is actually what you’re looking for by mixing prints) than doubles. Start from three different prints and soon as you acquire some experience it would the right time for experimenting with five patterns. 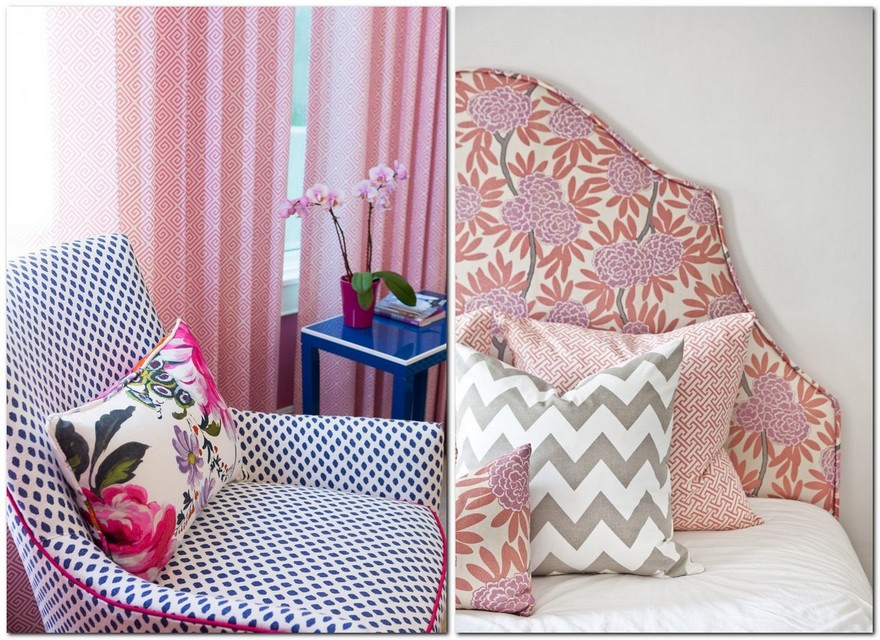 This rule is quite similar to the previous one: the three-is-the-best principle works the same way when it comes to picking the scale of patterns. Let one print be small, the second one – middle sized, and the third one – large-scale. A win-win option, for example, is the mixture of a big floral pattern, middle-sized geometrical print (stripes, for instance) and some small-scale neutral classical pattern. 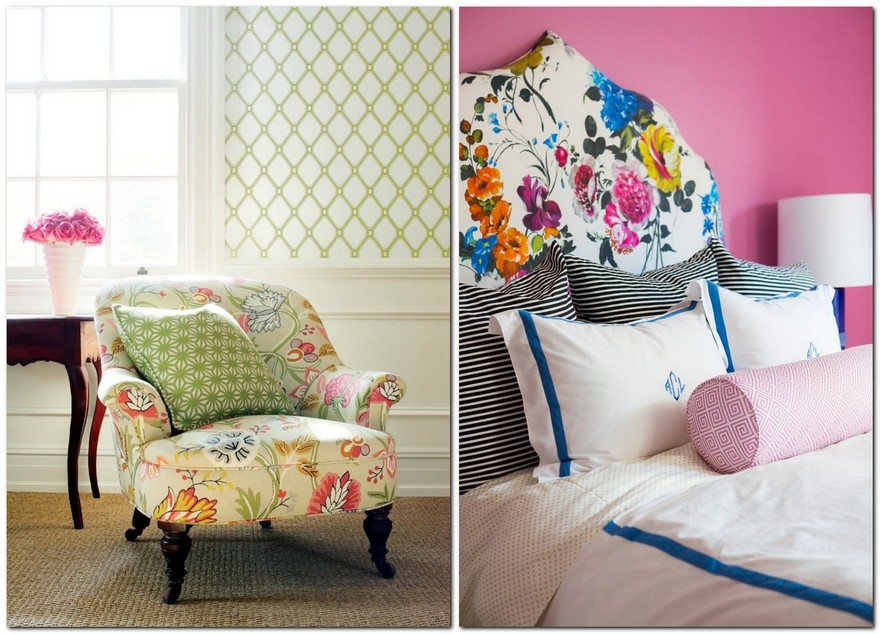 To get a harmonious composition, it’s recommendable to make one of the patterns predominant, and it should include the colors of all the other patterns. As a rule such a leading role is given to wallpaper with a big active print, but this may as well be a piece of upholstered furniture or any other element of home textile. For instance, on the photo below the “linking” pattern is found not on the wallpaper, but on the curtains, which represent the mixture of colors found on the rest of the prints in this room. 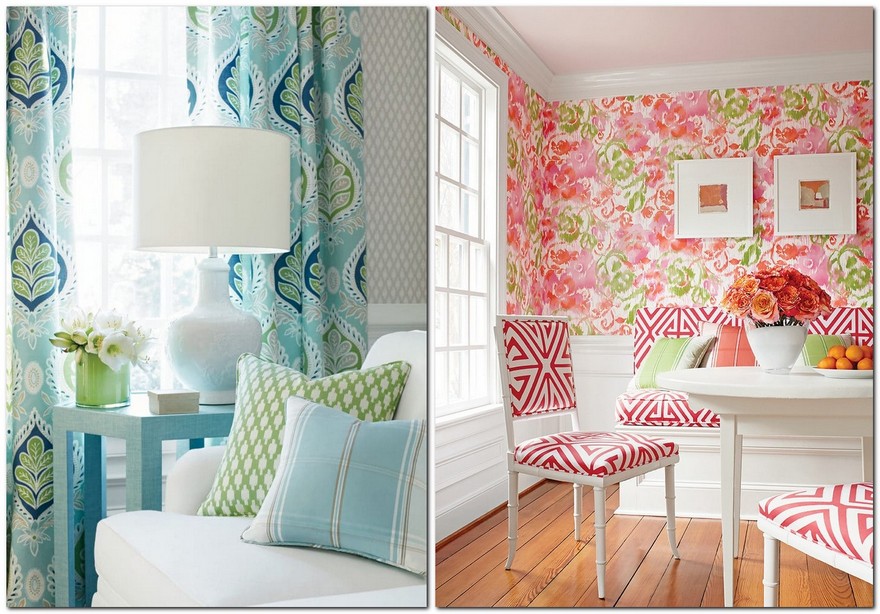 Large-scale patterns are meant for big rooms, small-scale – for small ones

Just like you pick massive pieces of furniture for spacious rooms and furnish small areas with more compact and light items, bid prints should be applied to big areas, while small ones – to tiny rooms. In the Internet you may find photos of interiors designed by professional decorators where this rule is intentionally broken to obtain the wow-effect. But it’s still a safer choice to stick to a traditional scheme: big patterns are good for walls, curtains and rugs, middle-sized – for furniture, and small ones – for local accents. 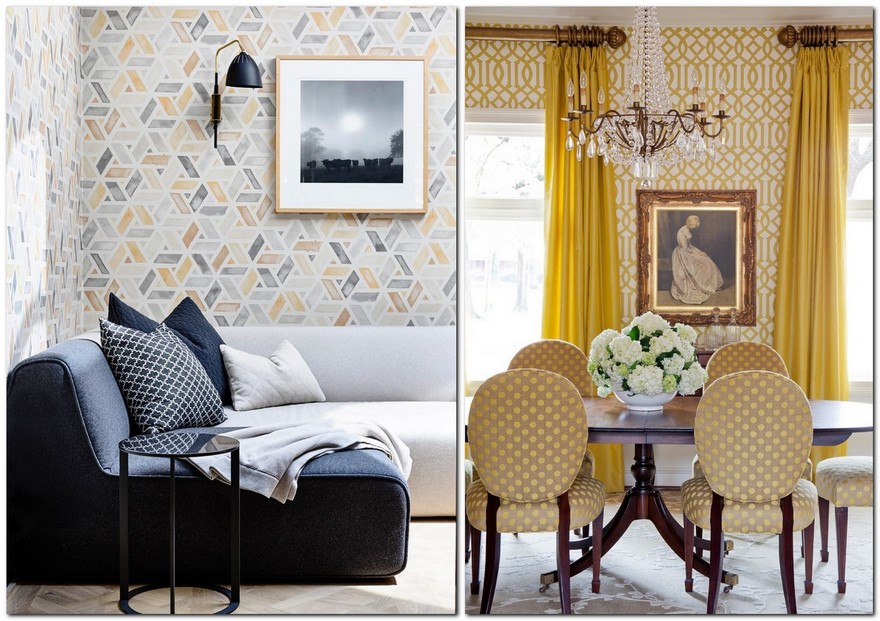 The role of color in the interior is pretty much the most important, and hence if you had your heart set upon a monochrome color palette, it should still be refreshed with diverse textures and prints. Use versatile hues of one color and feel free to test different scales and styles of patterns – there’s almost no risk within monochrome spaces. 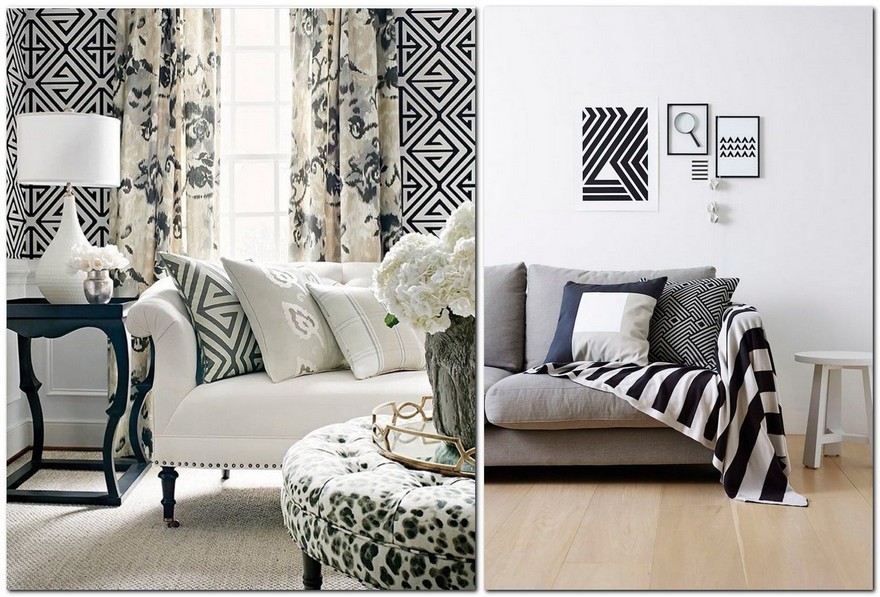 Mixing a few different prints is a bold interior solution per se, and hence it would be a bad idea to mix prints that are too bright. Qualified decorators advise to choose patterns with only two active colors and one neutral that would soothe and balance them both equally. This may be, for example, a white background for the blue-and-pink or light-blue-and-bright-blue combination. Equally perfect for the role of background colors are black or any shades of gray and beige.

Mixing unmixable things is always eye-catchy. So if you are not willing to create an austere minimalist interior or design a room according to the canons of shabby chic style, it would be a nice idea to introduce a contrasting geometrical-and-floral couple into your home. And this rule shouldn’t be interpreted literally – this doesn’t mean that you should mix straight lines with romantic roses: floral prints can be quite stylized and geometrical patterns – pretty unostentatious. 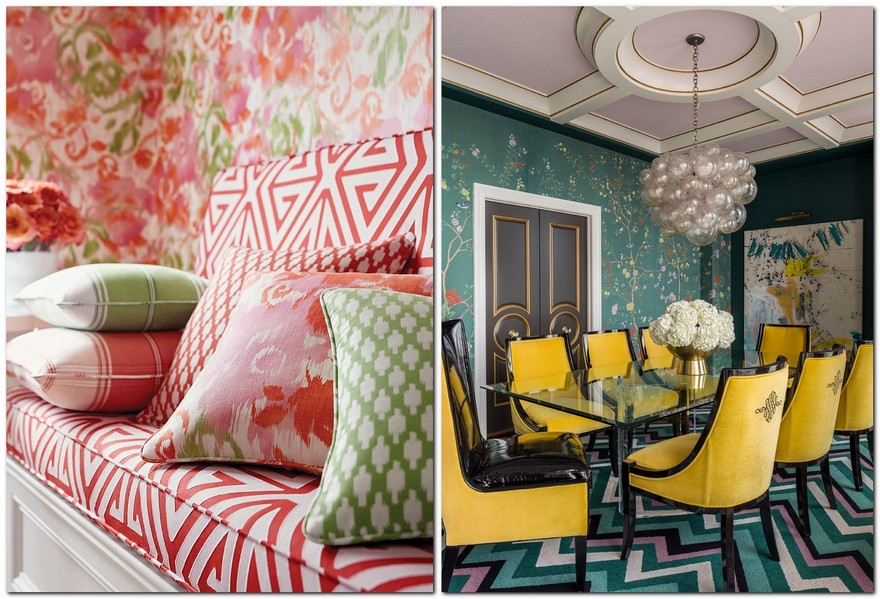 Keep the balance of color saturation

Interior elements shouldn’t necessarily be absolutely neutral or exclusively bright: there must be a balance of color saturation. For example, if the room is designed in a pastel color palette, an unexpected splash of bright color would look like a foreign substance, unless supported by some other details. The same way pink-and-white polka dots can get lost in the background of other saturated patterns, if they are not the background per se. 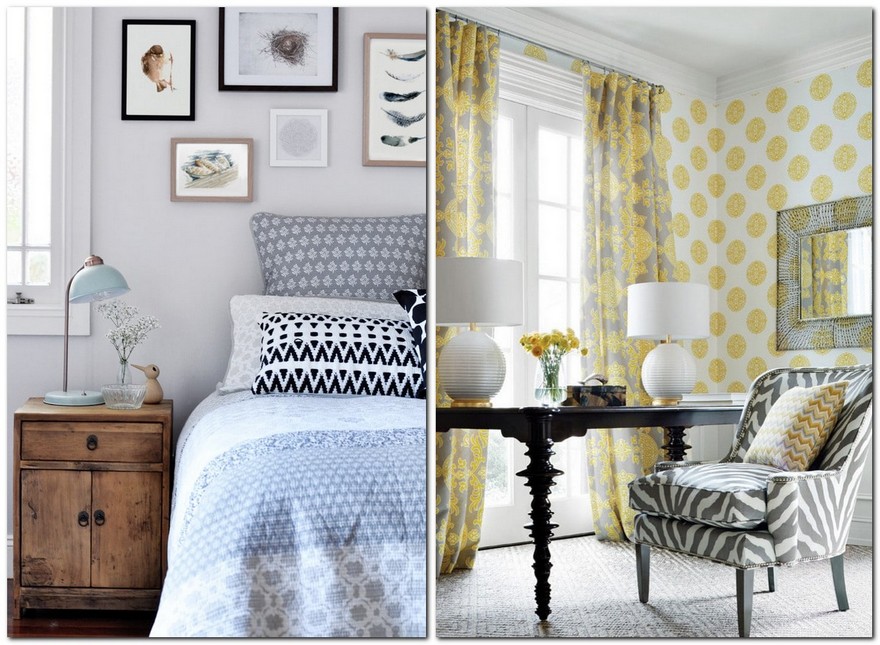