This interior design project of a three-room apartment was worked out for a family of three: the spouses and their teenage son. The hosts didn’t demonstrate penchant for any specific interior style, and the author of the project offered them a mixture of three: middle century modern, American and contemporary. And all that wrapped in a naturalistic color scheme: oak and walnut wood tones, grayish blue, blue and turquoise tints, and some pale green and yellow as accents. What did they get in the end? Let’s see! 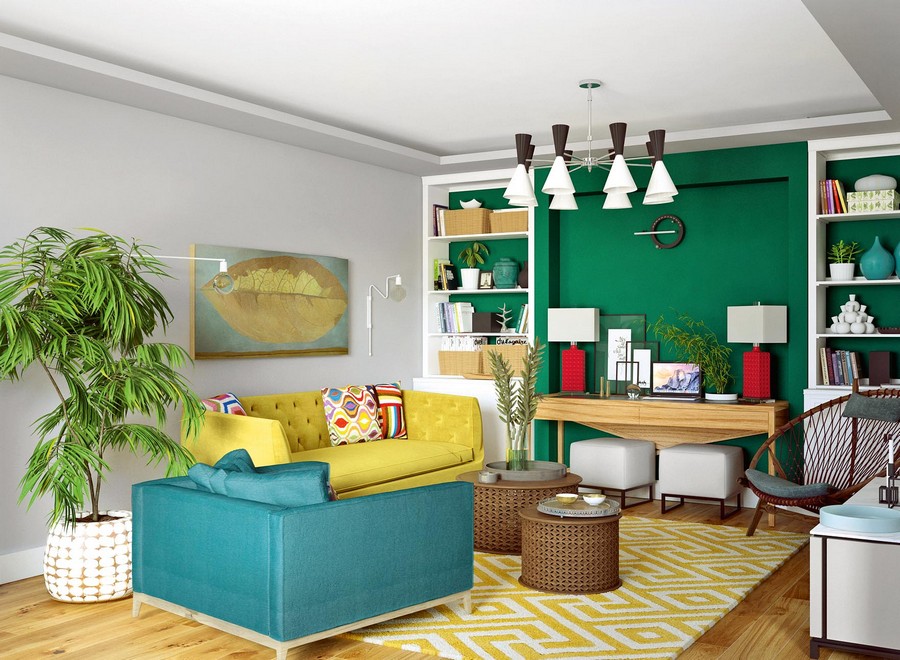 The juiciest and most cheerful part of the flat is the living room. It’s literally filled with saturated warm colors: yellow, azure, and nephrite. To make the space appear deeper the wall opposite the window was painted bright grass-green. By contrast, the rest of the walls were coated with pale blue paint, which made the room visually bigger. Even a couple of quite massive suspended lamps and a dining table look airy and do not overload the space. The stretch ceiling was made two-level: on the one hand, it unites two functional zones – dining and lounge, and on the other hand, it allowed for the arrangement of additional LED lighting in the recess along the room’s perimeter. 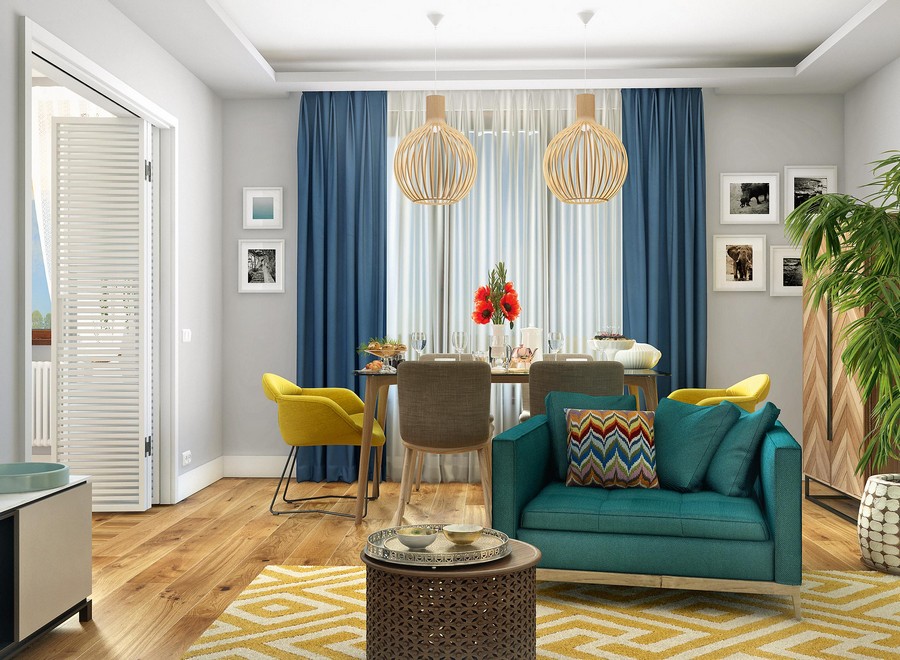 The kitchen and living room are divided by light folding plantation shutters, the slideway of which is concealed in the upper part of the doorway. In this project it plays a rather symbolic role – it’s sooner a room divider or a screen than a full-fledged door. But it works well to emphasize the chosen stylistic concept and doesn’t cost much. The middle of the room is finished with cheerful ceramic tiles that accentuate the area for snacks and breakfasts. The island is complemented with wicker bar stools in nautical style. The partition between the entrance hall and the kitchen was demolished for the sake of better insolation of the former. 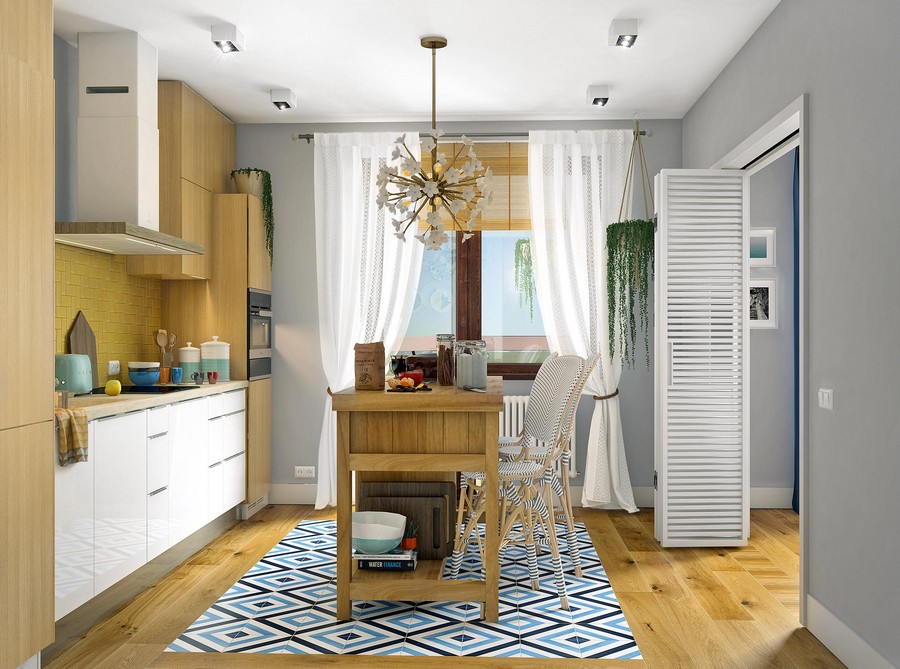 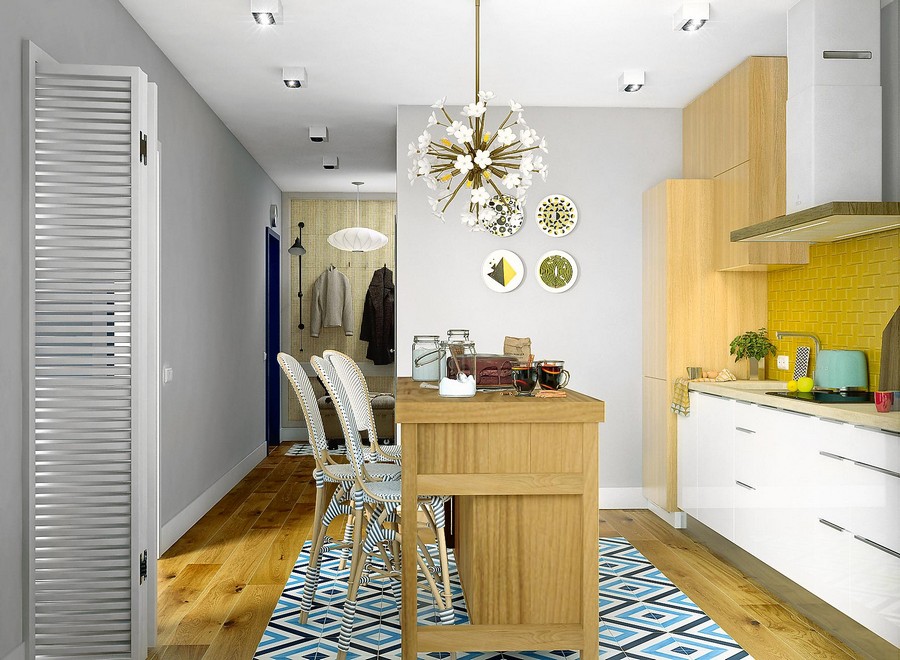 The most functional wall in this room is the one with a big window: it houses a compact wardrobe with shelves, a full-fledged work area and even a cozy lounge zone with a sofa. The entire structure is just 60-cm-deep. Meanwhile, the radiator was kept open to ensure proper air circulation. On the whole the room is full of storage spots: besides two wardrobes, there is a roomy wall-to-wall shelving unit and drawers built-in the bed platform. 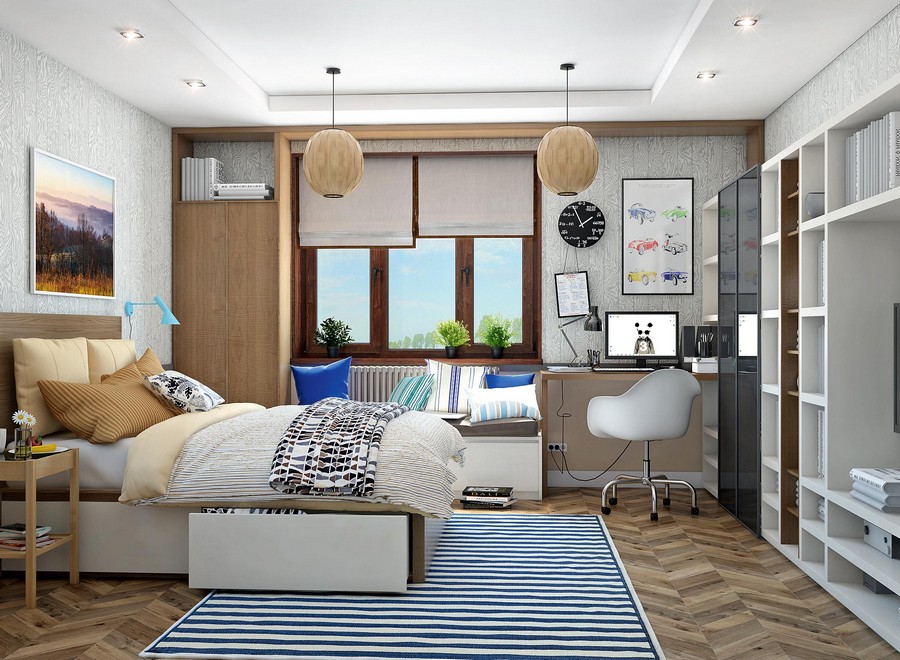 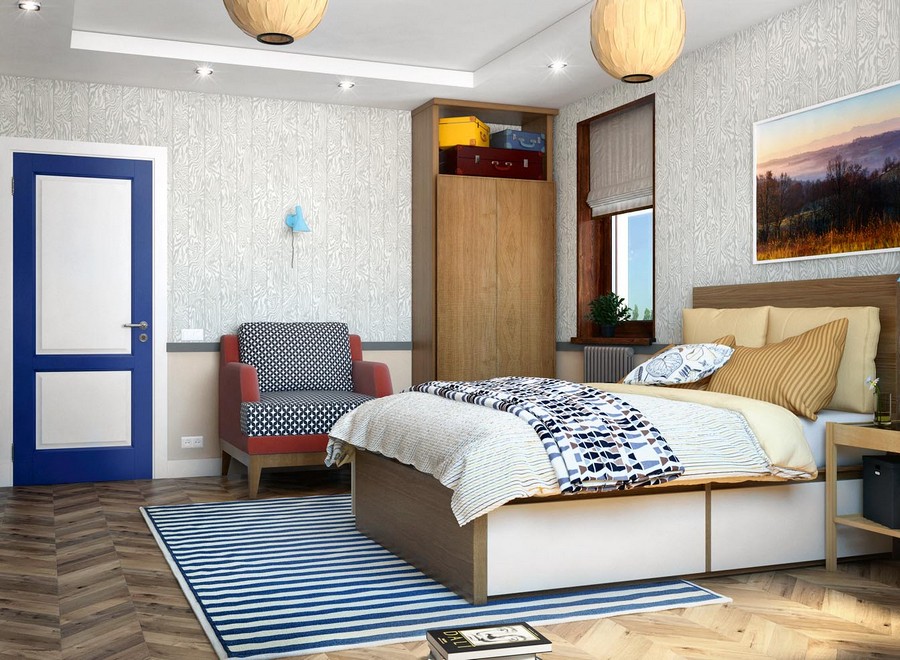 The master bedroom will also be pretty functional. The entire wall behind the bed will be equipped with cabinet furniture, which is both decorative and practical: this way the designer mobilizes all the so-called “dead zones” to the maximum. This piece will be made in dark-painted natural ash wood. The bed won’t have a headboard, but its base will be equipped with a lift mechanism and upholstered with nice soft fabric. 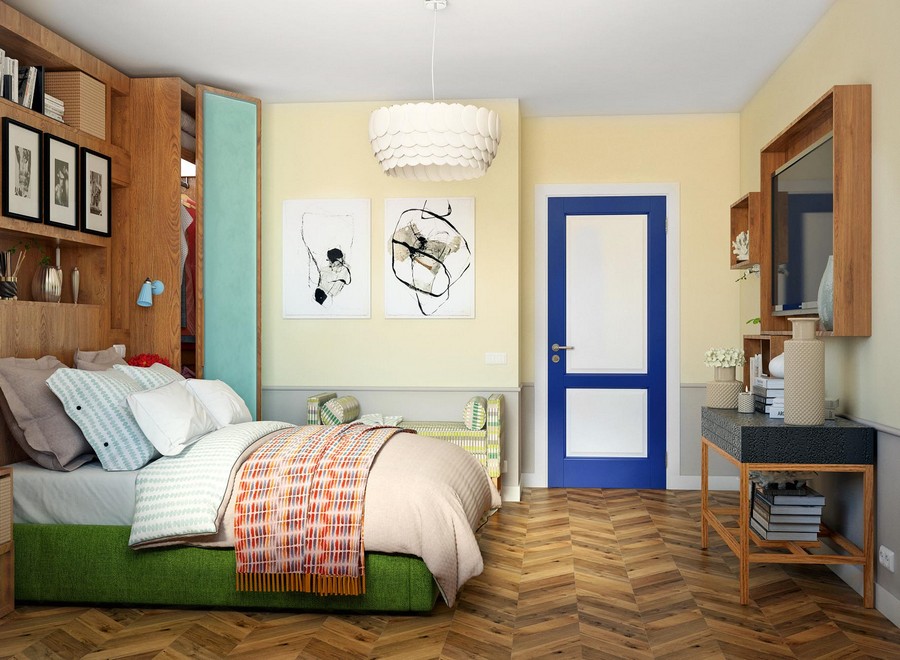 The apartment has two bathrooms. In the guest one the walls are partially finished with waterproof plaster imitating natural marble texture. A wooden vanity unit will be additionally coated with wax to protect it from moisture. The master bathroom is quite similar to the guest one in terms of style; its interior is also based on the contrasts of white wall tiles, dark floor and furniture. Considering that all the family members are grown up, a bathtub was abandoned in favor of a walk-in shower. 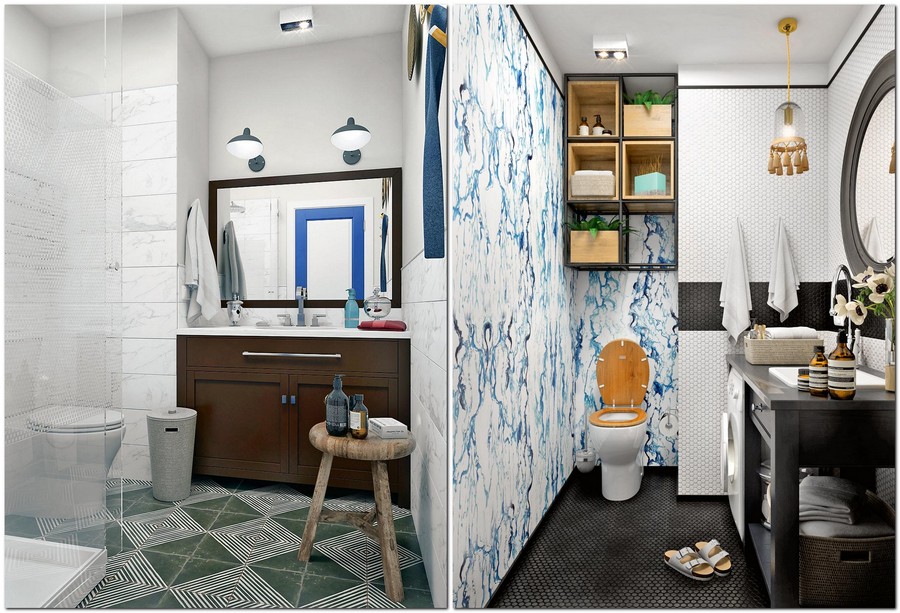