How to Deal with a Narrow Kitchen: Real-Life Interior Design Ideas

The owner of this kitchen is a qualified designer, and hence knows firsthand how to deal with problematic areas. So, it’s twice as exciting to find out how he worked with his own kitchen that has narrow, elongated shape. Let’s see what designer tricks he used to correct his room visually! 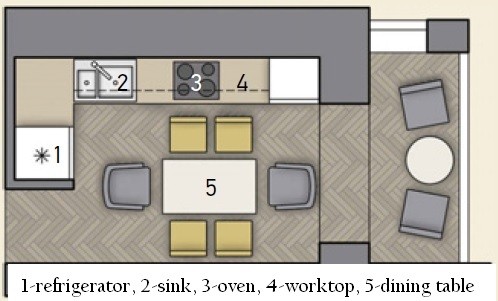 For a start, the author of the project paid special attention to materials with clear, expressive textures: he actively used aged wood on the floor, ceiling and even worktop and faux brick wall tiles on the backsplash. These eye-catchy details attract the viewer’s attention and thus deflect it from the unfortunate shape of the room.

Pay attention to the way ceiling and parquet boards are laid: ceiling boards are arranged across the long side of the kitchen, while parquetry is put in a herringbone pattern, which changes the visual proportions of the room in favor of the width. By the way, the ceiling is actually made of Finnish pallets, which were purchased, dismantled, polished and lacquered by the host for the sake of the wet-board effect. It was very surprising for the construction team – no one would believe that this would be the final look of the ceiling 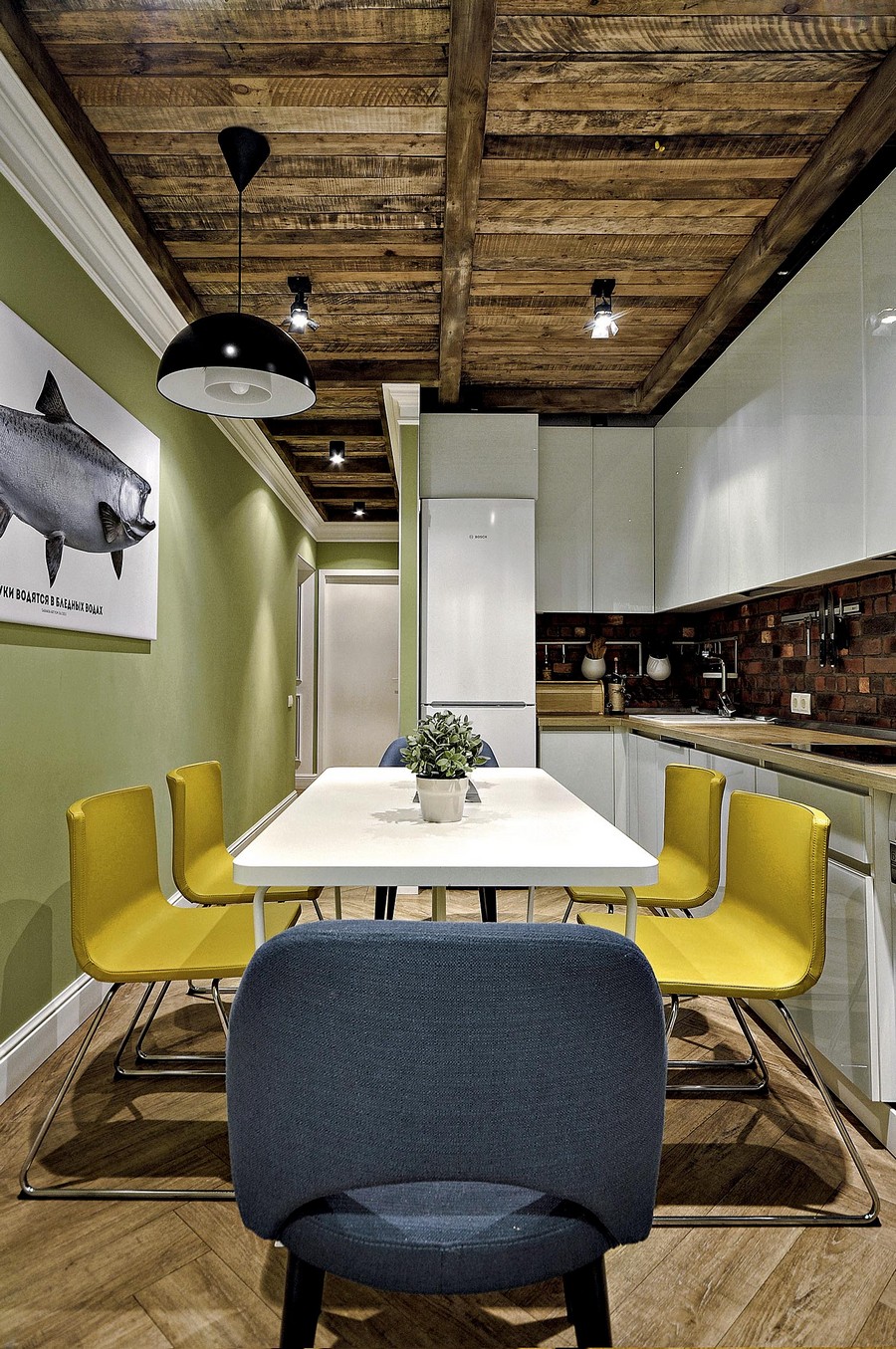 A winterized recessed balcony was initially envisaged by the apartment plan. Being a part of the kitchen, it makes the space lighter and more spacious.

The right lighting scenarios are crucial for narrow rooms. That is why a suspended lamp above the dining zone was complemented with a few spot lights that can change the intensity and direction of light by a touch of a hand. Given that the bulbs are LED and do not heat up, they are absolutely safe to touch. 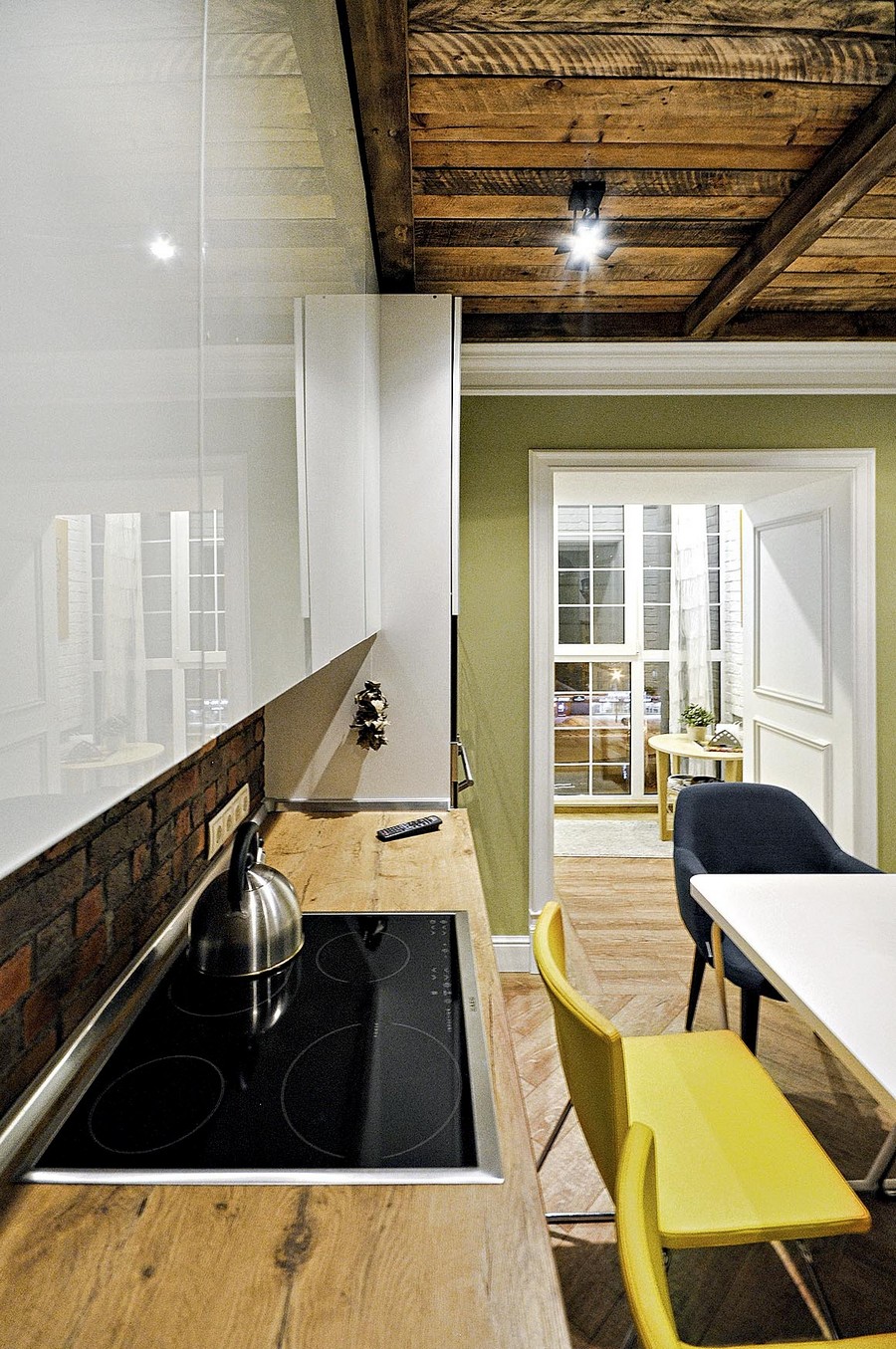 In fact, the designer wasn’t willing to adhere to some definite style. According to him, he was just striving for coziness, harmony and individuality, which entailed the inclusion of typical Scandinavian-style details coupled with loft-style motifs. And white glossy Scandinavian-style kitchen cabinets enhance the sense of visual space expansion.

And finally, a big artwork with a white background is one more detail that deflects the observer’s attention from the narrowness of the space. The fish theme was selected as the embodiment of water, food and the North. 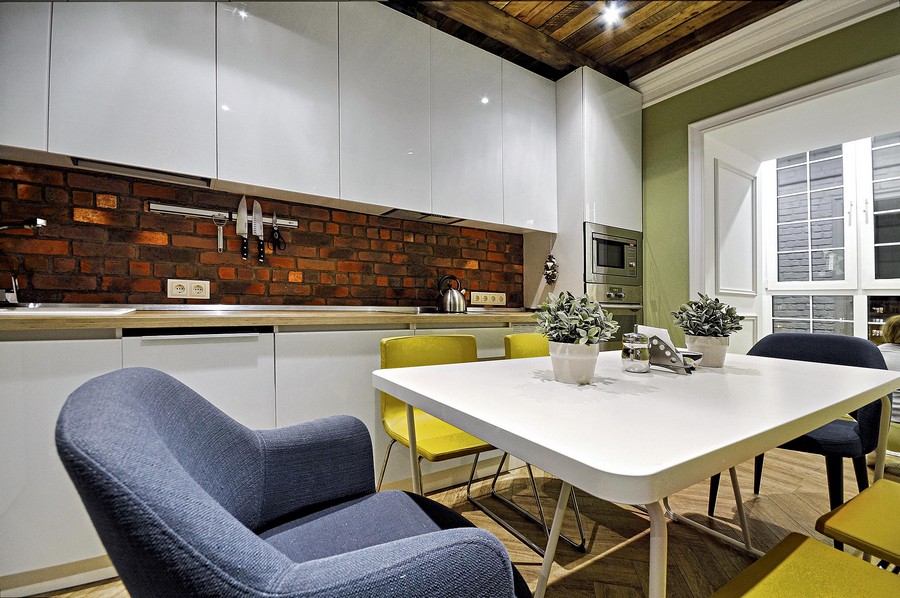