We on HomeKlondike love everything about Smart Home technologies. And every new appliance integrated in this system is of great interest to us. Today we decided to speak about smart speakers – this relatively new market is growing rapidly and we decided to analyze the key differences between the top-sellers of this segment made by Amazon, Google, Microsoft and Apple. In the Part 1 of the post we already learned everything about the Amazon Echo and Google Home speakers. Now it’s time for gadgets created by Microsoft and Apple. 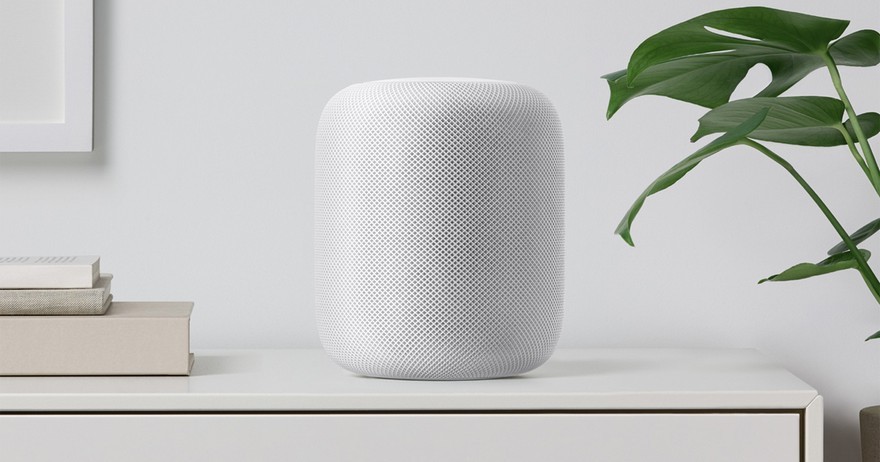 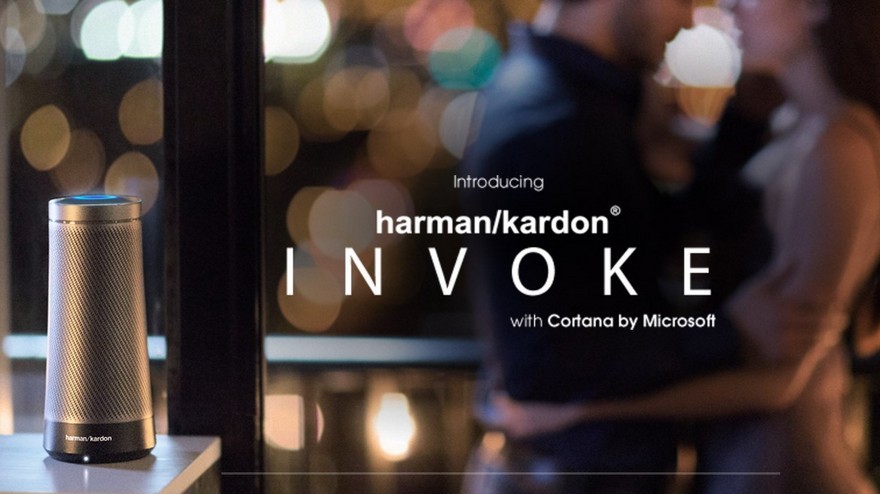 In May 2017 two companies – Microsoft and Harman announced the launch of a smart speaker with a personal assistant dubbed Cortana. Collaborative studies and development work have been held since the end of the last year.

The appearance of the Microsoft Invoke is very similar to the Amazon Echo’s: a touchscreen panel on the top, three speakers built in the metal body, three subwoofers and seven microphones that can detect your voice command even in a noisy room.

Just as other personal assistants, Cortana responds to users’ requests, plays music, keeps you updated on the weather forecast, news and traffic situation and, according to the authors, will be able to manage other Smart Home devices (the list of partners is not published yet).

The function that was claimed to be the key difference of Invoke as compared to other smart speakers is the option of making calls via Skype. At the same time, the Google Home that we already analyzed in Part 1 is able to call not just via Skype, but to any phone number.

Sales in the USA are starting in autumn 2017 and the final price is not announced yet.

Following its main rivals – Amazon and Google – this summer the Apple Company announced the release of their own smart home speakers dubbed HomePod. The basic difference of the Apple’s product is that it focuses on top quality of the sound.

Being bigger than all the above-mentioned analogues, the HomePod by Apple has as many as 7 speakers and a subwoofer built in. The embedded self-orienting system enables the gadget to quickly detect its location within the space and redistribute the load of speakers to reach the highest sound quality.

Six built-in microphones are equipped with the technology, which suppresses echoed signals and thus allows for recognizing voice commands even when the music is playing loud. The HomePod can manage any HomeKit devices, Philips Hue, Nest and other popular Smart Home systems.

A built-in assistant dubbed Siri is already familiar with the audience and easy-to-manage: you can ask it about anything, find out weather forecasts and latest news, send messages or use it as an alarm clock.

The only obvious negative feature of the HomePod so far is typical of other Apple’s device – a limited choice of apps: music is played only via Apple Music, if you need maps – it’s just Apple Maps and so on. In a word, the HomePod is a gadget for true fans of the Apple brand.

The language of the HomePod is English.

The sales start in December 2017 in the USA, Great Britain, Canada and Australia. The price in the United States of America amounts to $ 349.

While Amazon and Google are focusing on the smart “filling” of their devices, Apple is playing the role of a lagging company and laying the emphasis on top quality of sound; it actually created an iPod for home use. As for the Invoke by Microsoft, it’s hard to make any sound conclusion due to the lack of information about it.

The key difference between the smart speakers is in their compatibility with other apps, and here Apple is clearly inferior to their competitors: the HomePod plays exclusively Apple Music, while the Amazon’s Echo and Google Home support many popular music services. Besides, thanks to Chromecast smart speakers made by Google can be connected to a TV-set and other compatible devices.