Paris, I Love You: Simple Kitchen Interior in French Style

A young family couple, the main characters of our today’s post, was in such a rush to move in their newly-built house that they had no time to finish the interior of their future kitchen. A young qualified decorator who took this job suggested creating a design based on classical French style, one of the coziest and most romantic interior motifs existing for suburban homes. 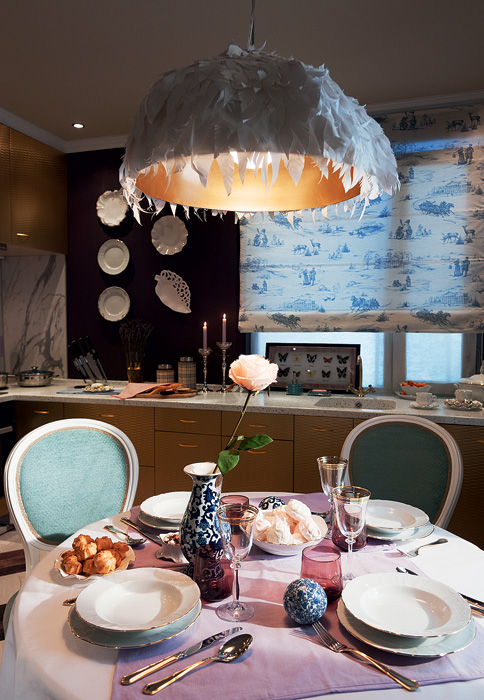 For a start the walls were coated with dark lavender paint – the color of Provence fields – and kitchen cabinets were dressed up with textured plastic of noble golden tint. One of the accent walls was complemented with pure white porcelain plates, while the other was adorned with laces in a common tambour frame. 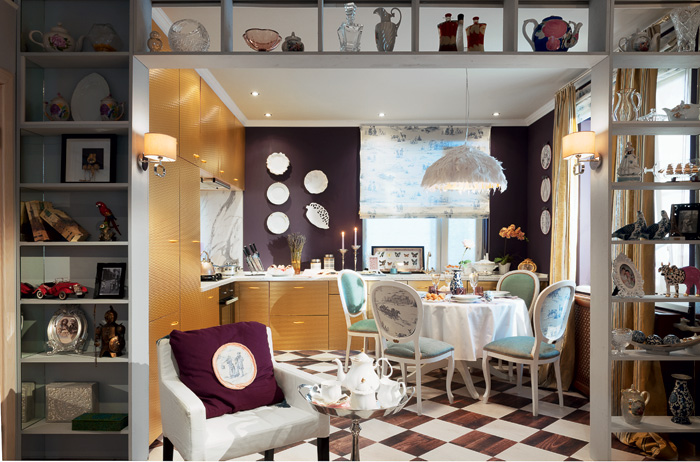 Toile de Jouy fabric is a genuine French creation, and of course, this project couldn’t do without such a feature. Toile is a type of textile with a white or some neutral light background, on which a repeated pattern depicting scenes from idyllic pastoral life is applied. The pattern is always monochrome and as a rule pastel. Given that this project was meant for a Russian family, the patterns reflect traditional scenes of Russian rural life. Having picked up four pieces of Toile de Jouy with different patterns, the decorator used them for upholstering the backrests of dining chairs. They are matched by sweet Roman blinds also made from toile. 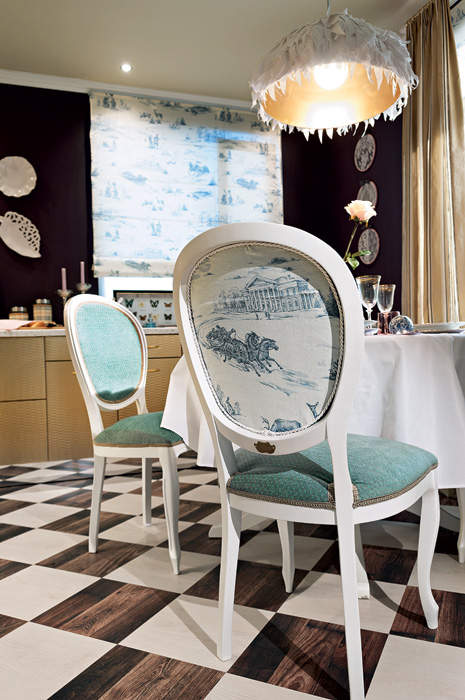 The interior sides of kitchen cabinets’ doors were coated with laminated film of powdered pink shade, while the exteriors were glued over with golden plastic featuring a slight wavy 3D pattern, which accentuates the pink butt-ends of the doors. The backsplash is created from panels imitating noble natural marble. And a worktop is made in white acryl stone with tiny black inclusions. 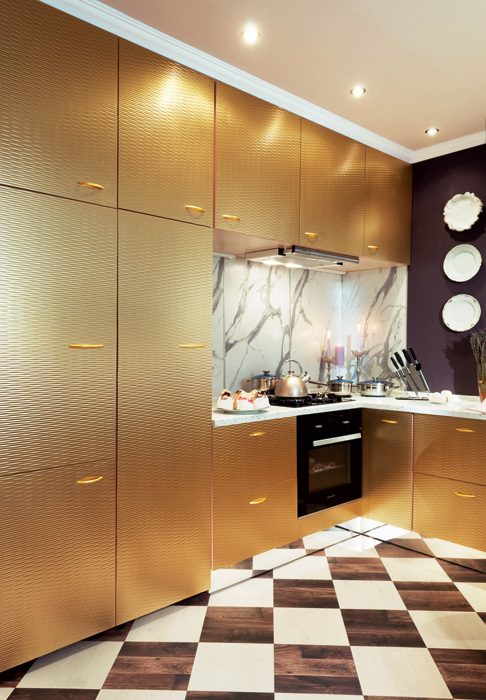 There are three levels of lighting envisaged in this kitchen: spot lights built into the dropped ceiling, a big designer lamp above the dining zone and symmetrical sconces with textile lampshades mounted on the shelving unit. 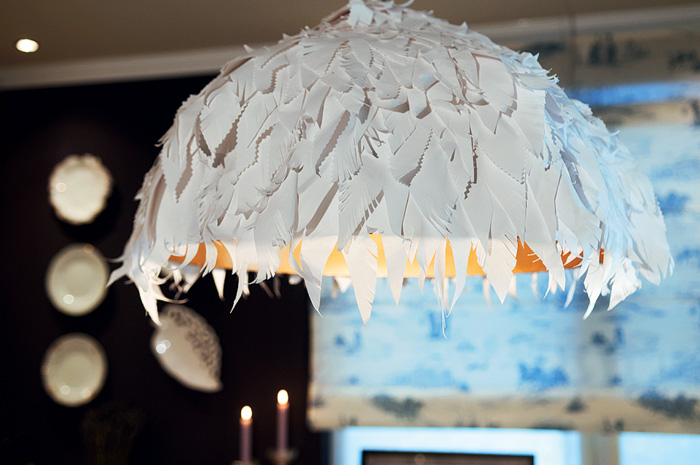 It’s hard to believe this, but the gorgeous designer lamp was created with the help of plain paper tablecloth. For a start the designer finished the inner side of the lampshade with golden spray paint. Then she cut out a few paper circles of different diameters and clipped the edges so that they looked like flower petals. The next step was to fix these “floral” décor to the lamp with the help of a common staple gun. And finally the upper layer was carefully sewn with threads to conceal all the staples.

French people like to lay their parquetry in chessboard pattern and frequently opt for genuine chessboard color schemes – black and white. A similar designer trick was used in this project – dark and light cork tiles were laid in a chessboard pattern on the kitchen floor. Such a solution not just adds dynamics to the interior, but also makes the space appear visually bigger. 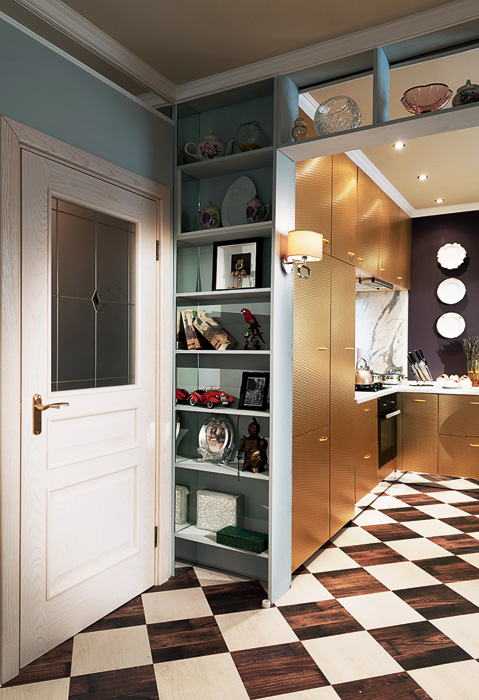