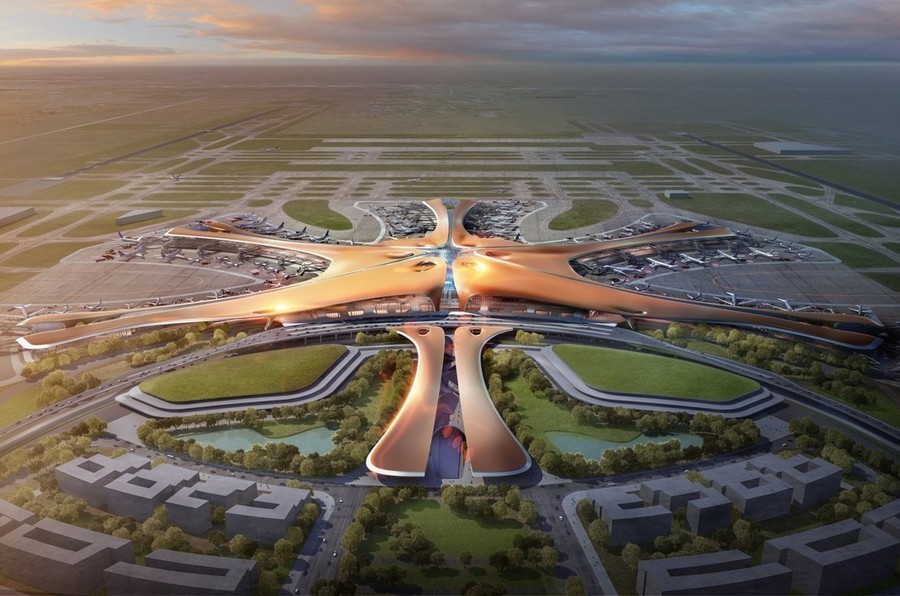 The Xinhua News Agency of China has shared a bunch of impressive photographs of the skeletal structure of the new Beijing International Airport, which is being built at the moment to become the biggest aviation hub on the globe. The giant structure comprises 5 segments coming from the central core and occupies the total area of 313,000 square meters. Every wing of the complex is a tribute to some definite part of Chinese centuries-old heritage: silk, tea, porcelain, agricultural lands and the Chinese gardens.

Zaha Hadid Architects, the bureau, which was entrusted with the task of projecting the giant airport in 2015, claim that the longest distance from the furthest side of each sector to the centre of the entire construction will not exceed 600 meters. Such design distinguishes this hub from most of other big international airports of the world, where passengers have to walk great distances to hob on the next flight or reach the exit of the building. 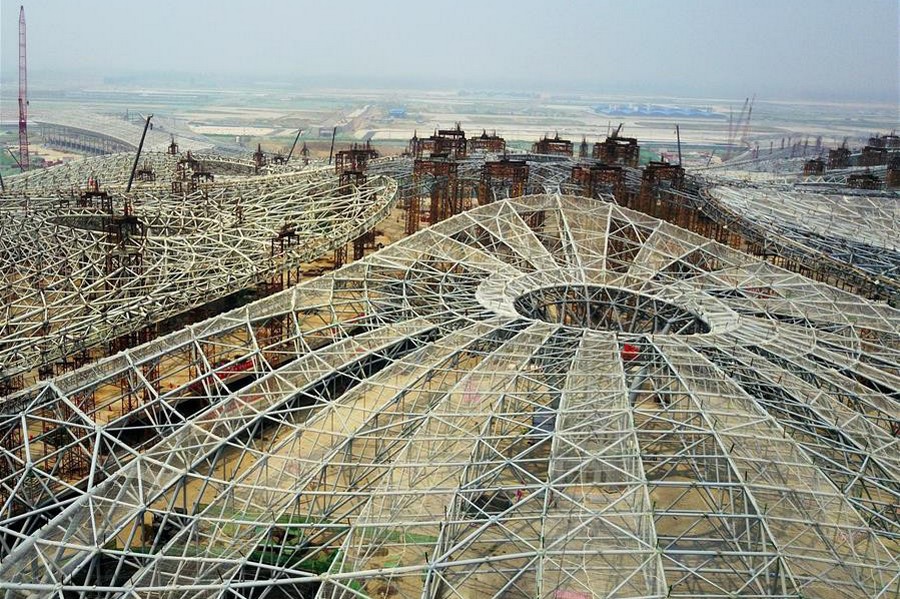 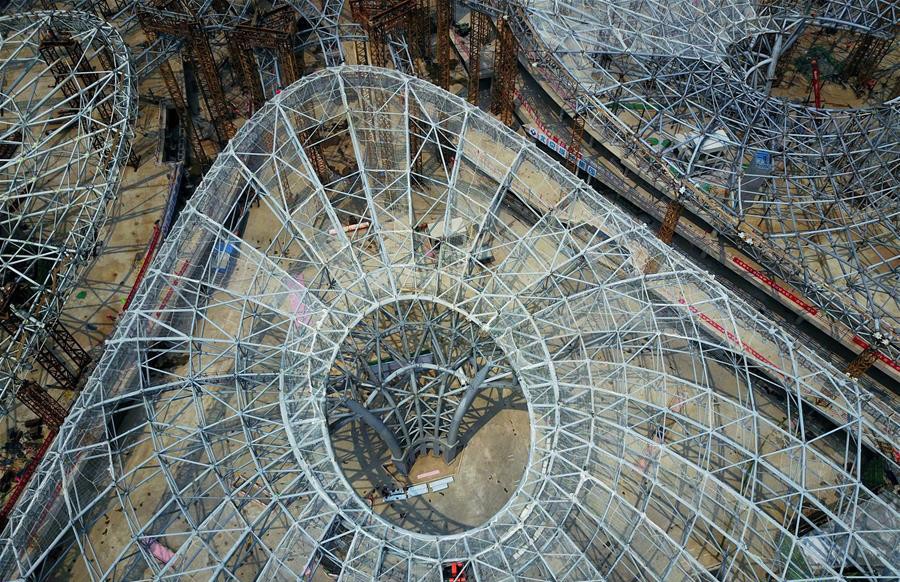 The new air haven is being built 46 kilometers south of the heart of Beijing. Its main purpose is to ease the burden put on the existing International Airport of Beijing located in the north-eastern suburbs of the Chinese megapolis. Besides, the new airport will be integrated into the local railway system, including the high-speed railway, which makes it a huge multimodal transport center of China, the transport core of the rapidly growing Beijing and a catalyst for the economical development of the region, including the city of Tianjin and Hebei Province.

The new passenger terminal will be served by two big air companies – China Eastern Airlines and China Southern Airlines; they will transfer almost a half of all the passengers of the airport. Having 4 airstrips, the new airport will have the capacity of 72 million passengers and 2 million tons of cargo by the year of 2025, which is equal to 620,000 flights. The opening of the complex is planned for 2019. 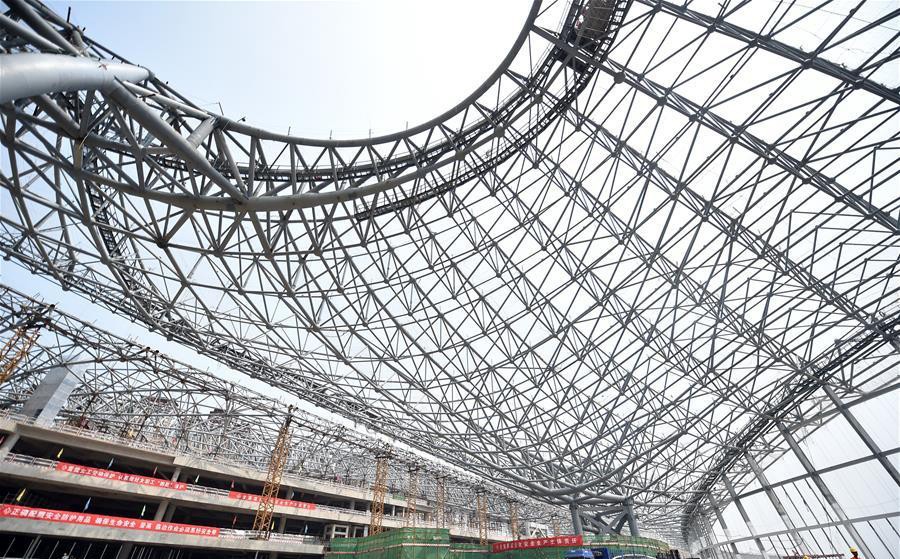 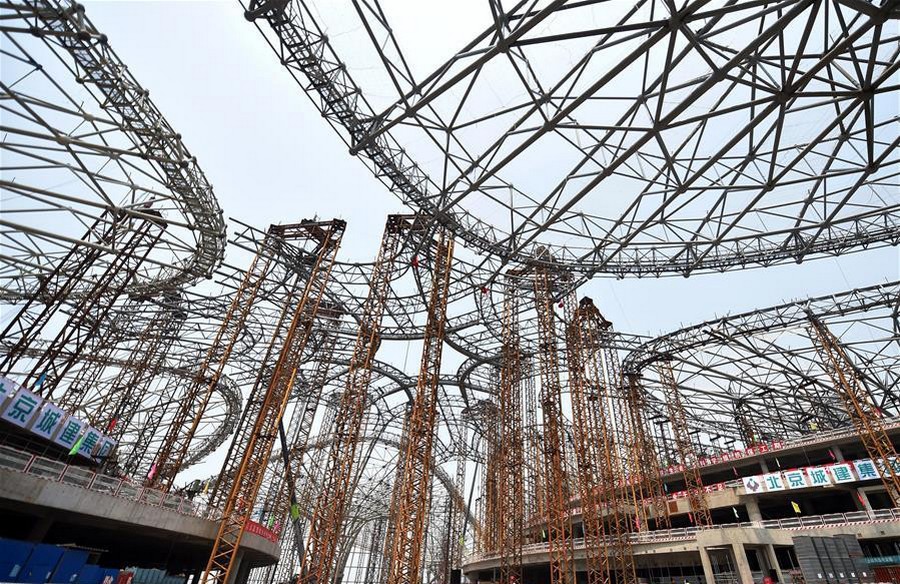