Talented architects of the globe keep surprising the audience with their creative approach to versatile exotic objects that were written off due to their significant ages. Thus, instead of converting an old harbor crane in Copenhagen into scrap metal, it was re-constructed into a multi-level apartment for rent. And experts from London in their latest work proved that a second chance can be given even to an old concrete grain elevator – it was turned into a luxurious hotel! 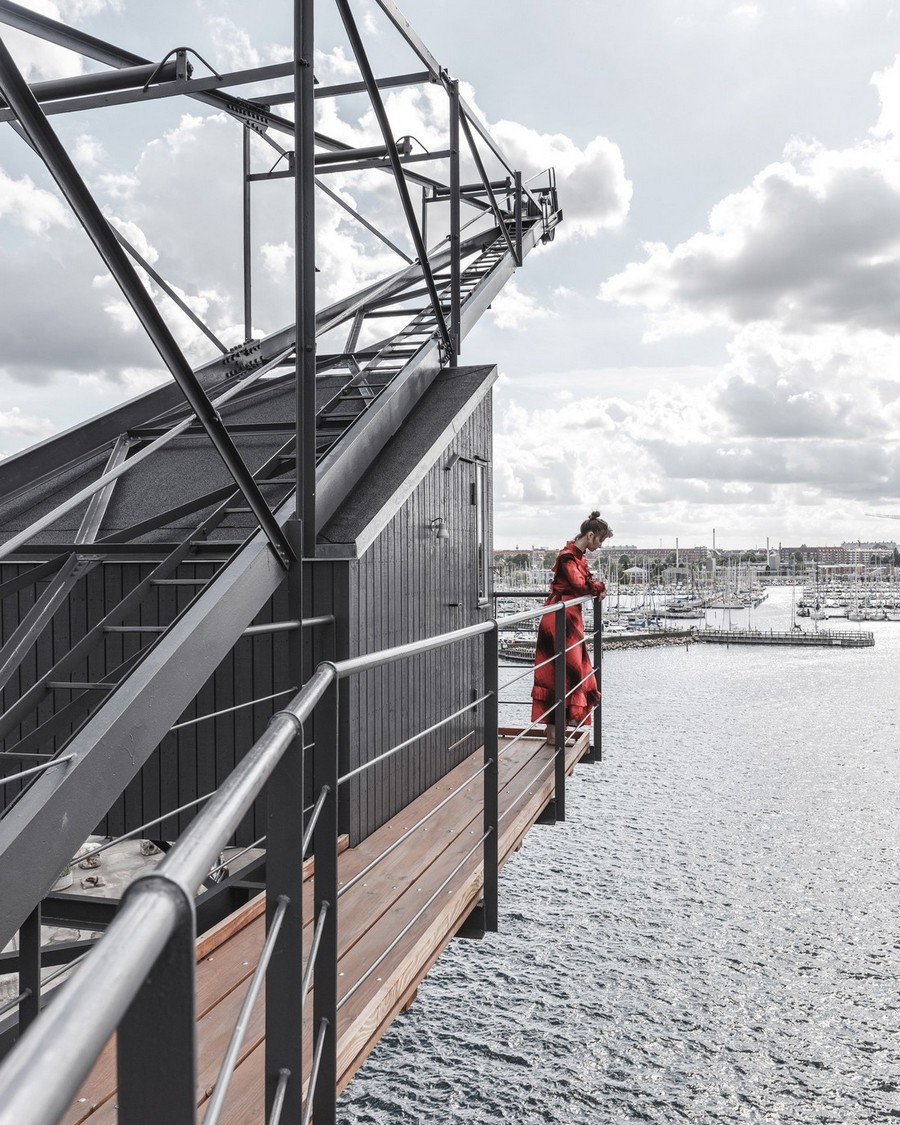 The ex-harbor crane in Copenhagen is located in Nordhavn, a sea-port neighborhood, which is being actively restored at the moment. The architects of the Arcgency Studio have transformed this crane into a premium-level apartment for rent. The first level occupies an ex-sea container and houses a reception zone with a metal staircase leading to the conference hall with panoramic windows. Above it there’s a SPA complex with a terrace exit. And the top level is designed as a bedroom and a living room, which are also equipped with a private terrace. Each of the levels can be rented separately.

The interior of the residential part of the apartment (50 square meters) is designed in reserved, black and graphite gray shades, which is a tribute to the history of the crane that worked hard in the port loading coal. The finishing materials are eco-friendly and noble: wood, natural stone, steel and leather. And huge panoramic windows give the guests of the complex a splendid view of the surrounding harbor. 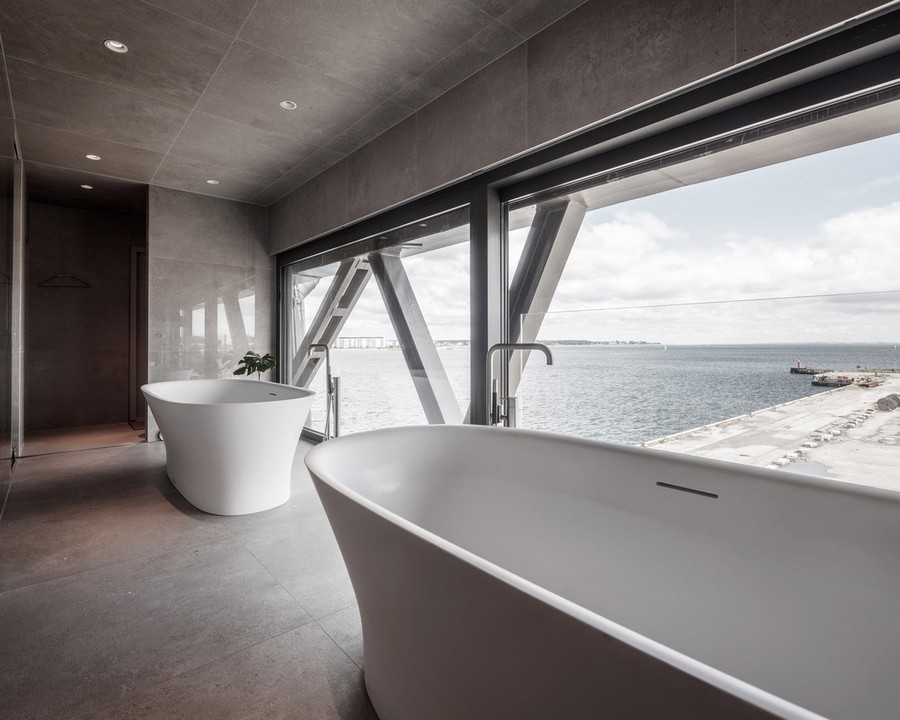 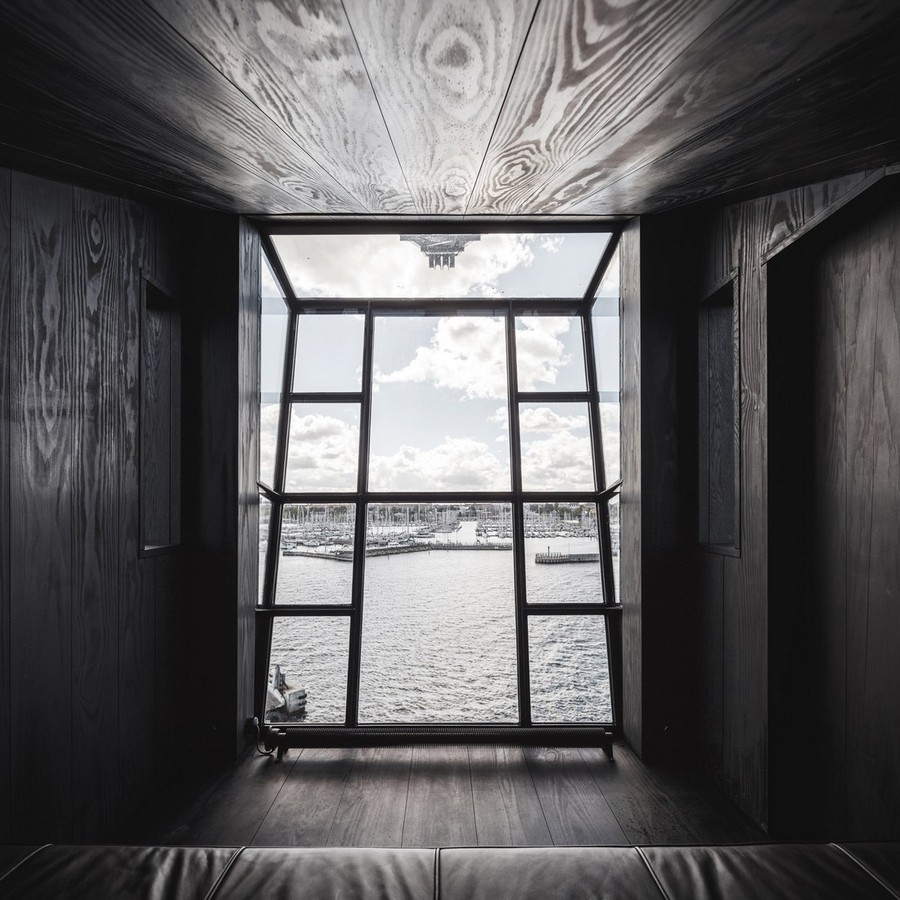 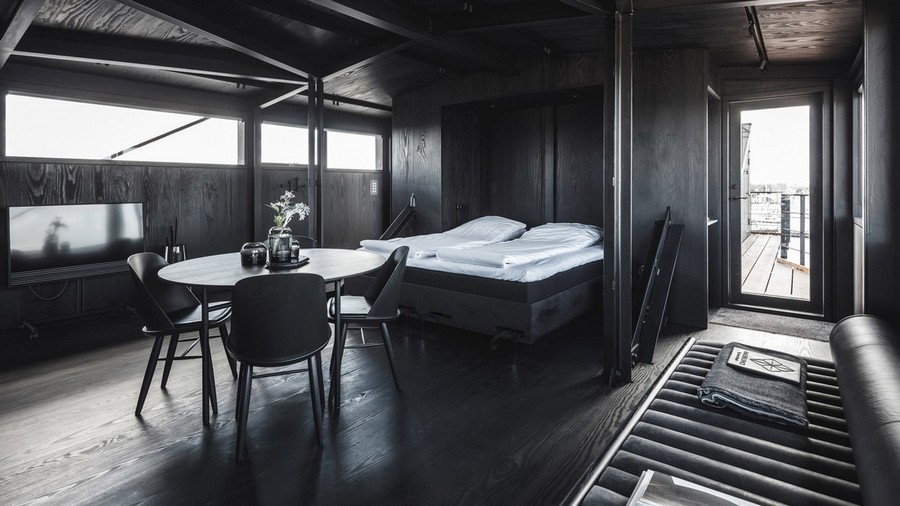 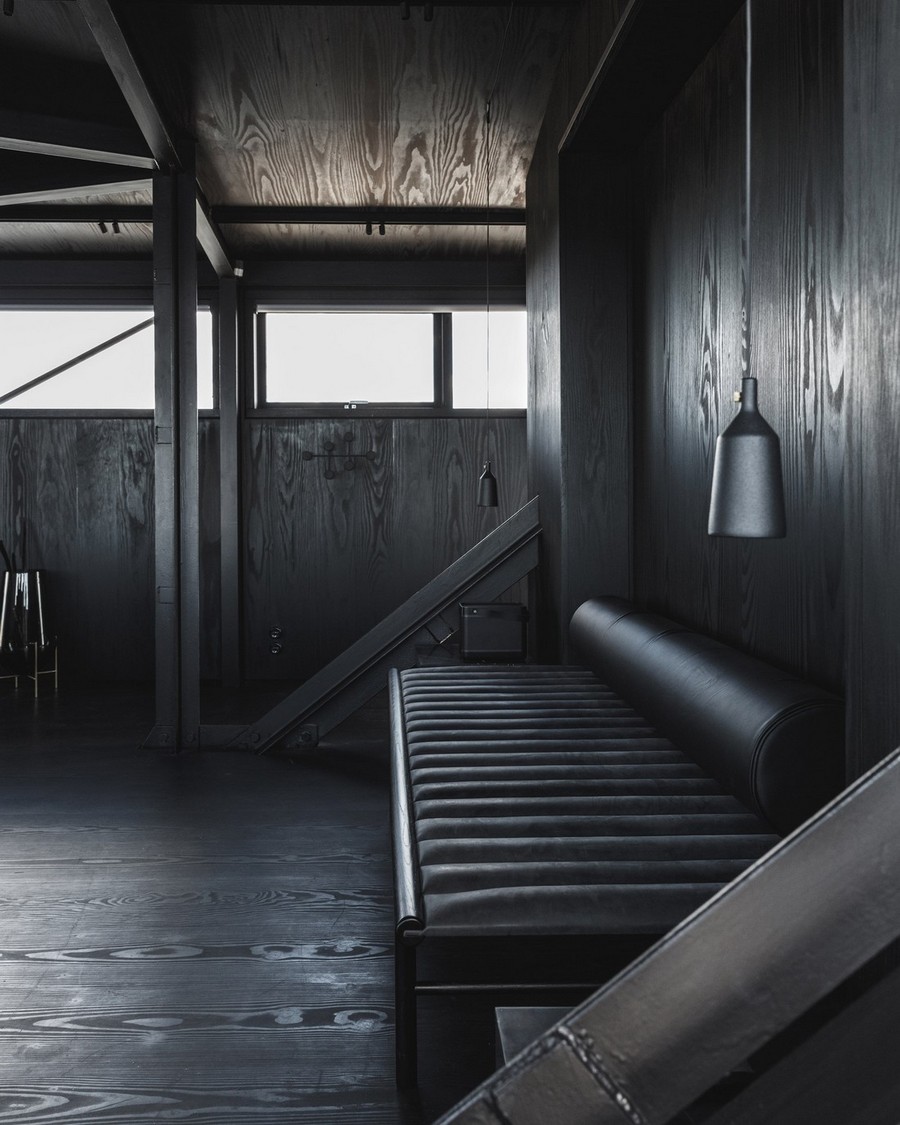 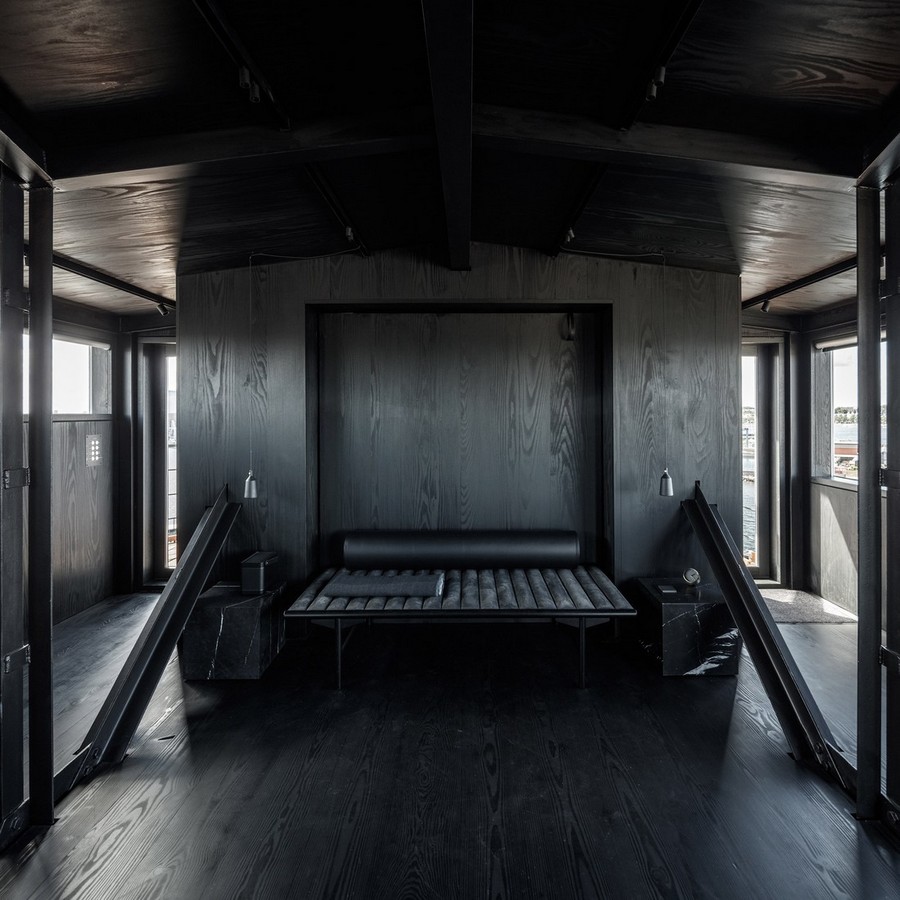 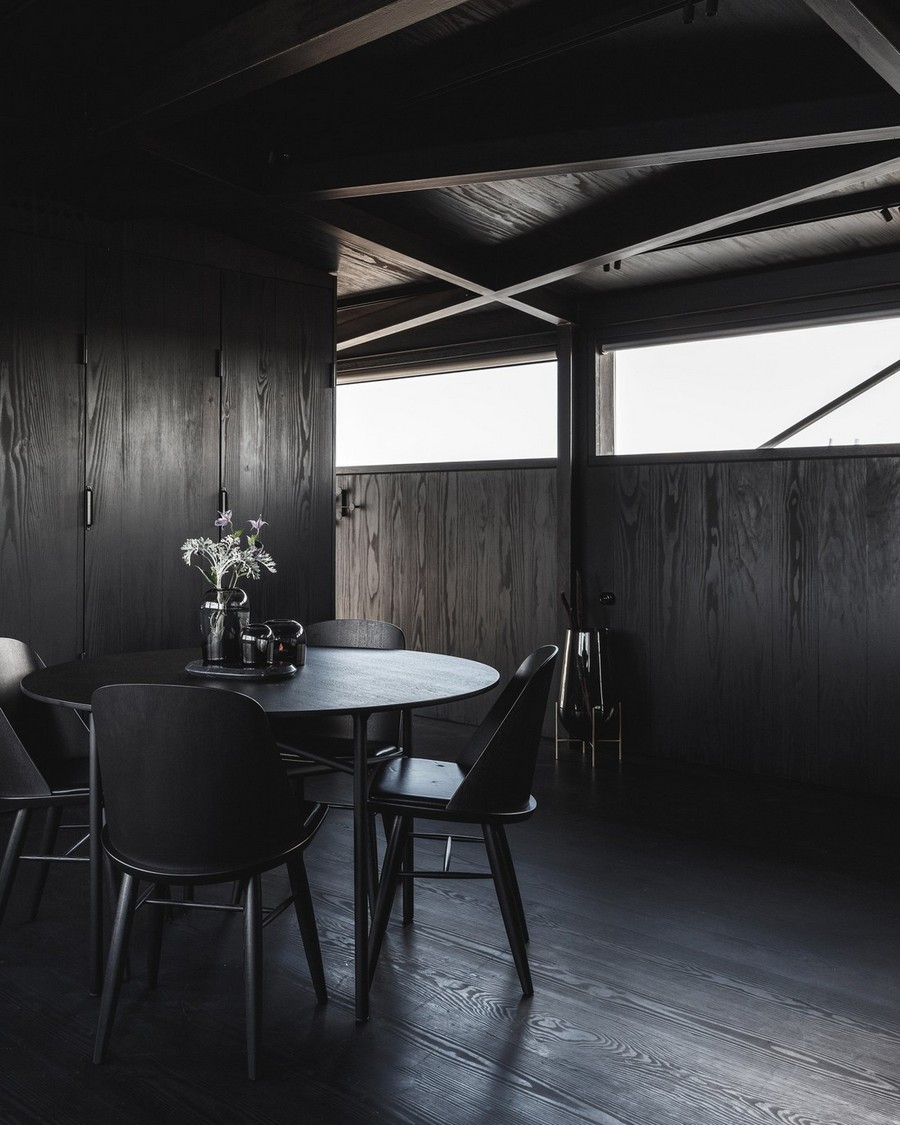 Now let’s have a look at the ex-grain elevator. This huge building in the sea port of Cape Town was reconstructed as a multifunctional complex with a five-star hotel on top. This elevator for sorting and storing grain before exportation was built on the shore of the Table Bay of South Africa back in 1924 and has been used for its intended purpose for more than 80 years. Lucky for it, the sea-port district of the town was subject to global revitalization, which implied the transformation of many old industrial buildings into objects with new, updated functions. 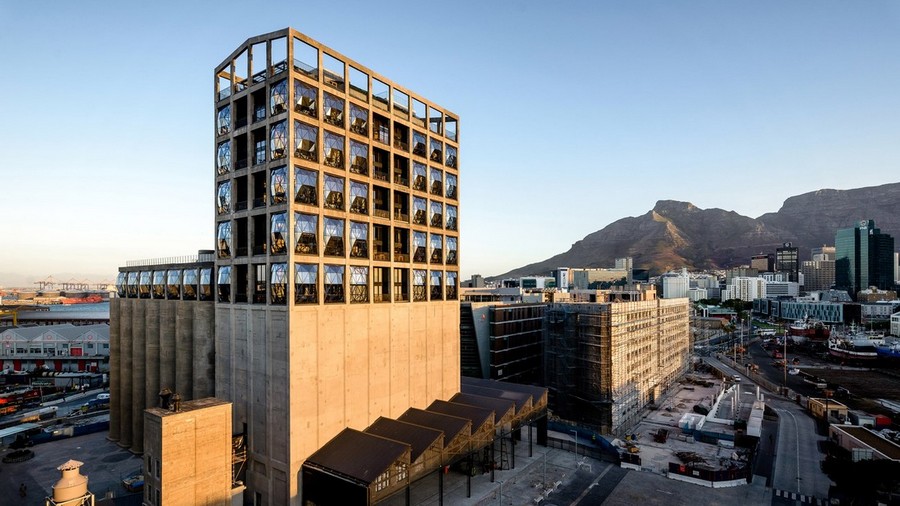 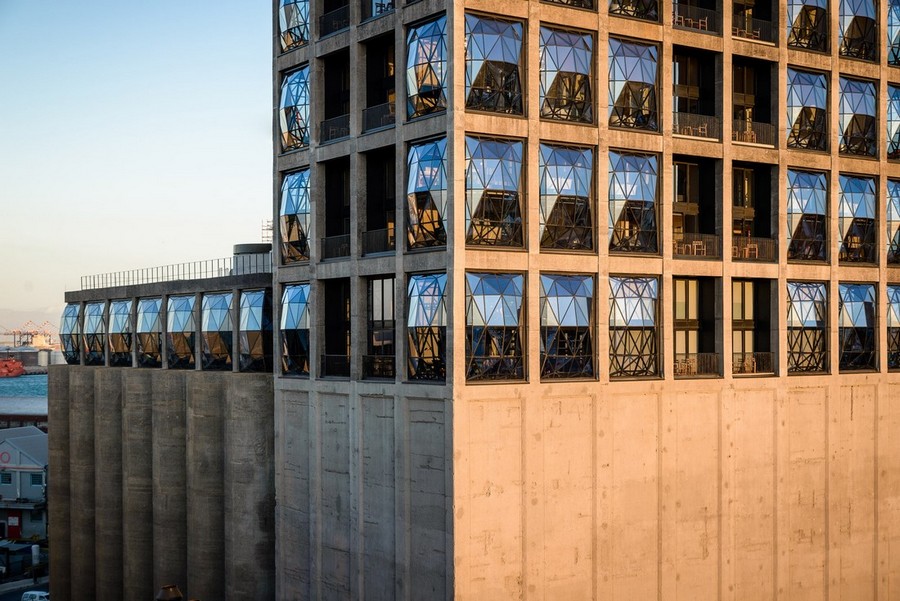 And the elevator was not an exception. Its 6 top floors were designed as the Royal Portfolio Hotel with a stunning concrete exterior spiced with fancifully-shaped convex windows. And the bottom part with blind walls will be occupied by the Museum of Modern African Arts, the opening of which is scheduled for September 2017. 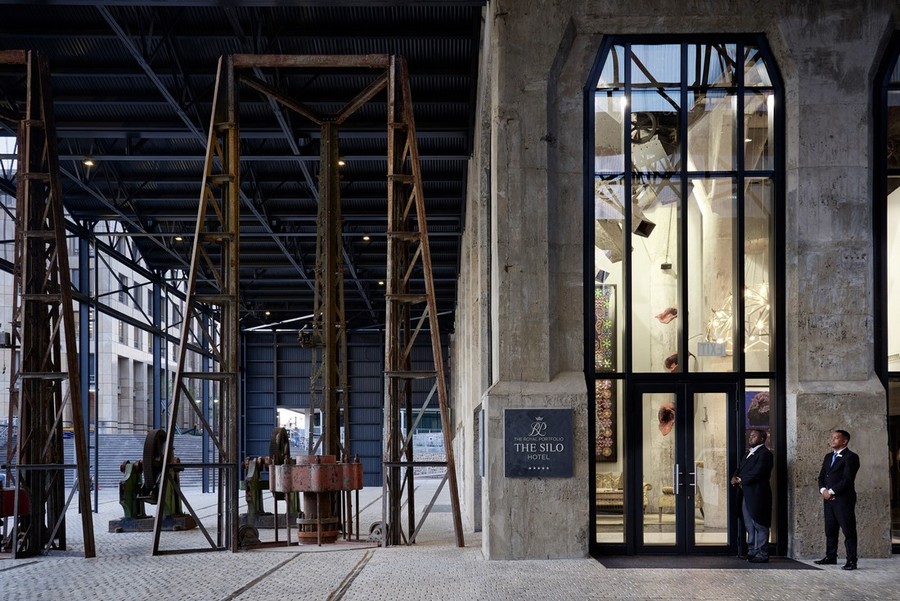 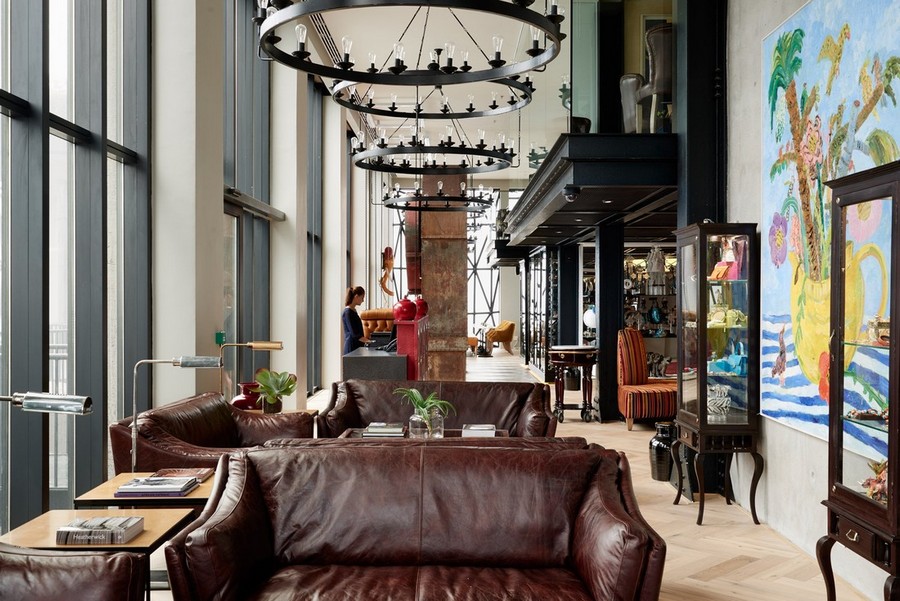 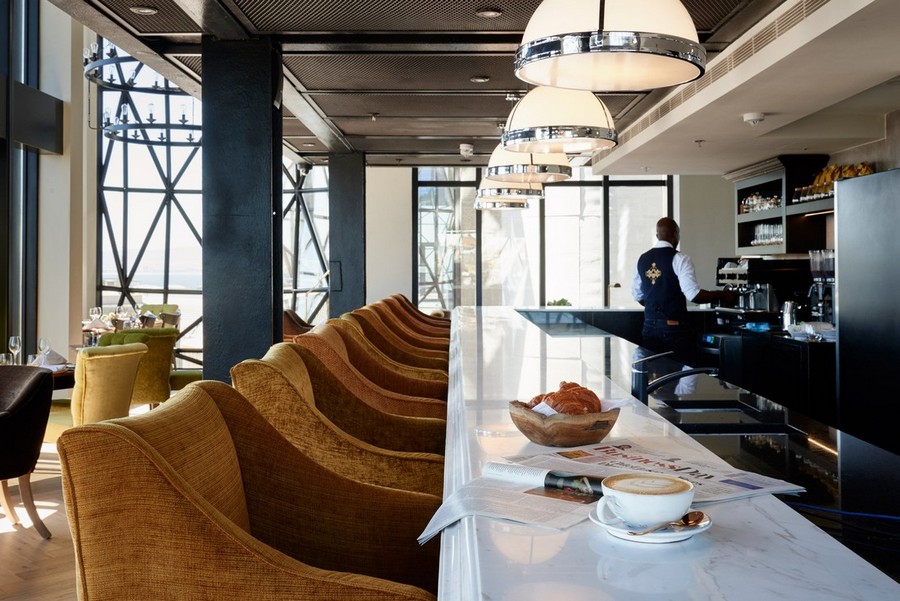 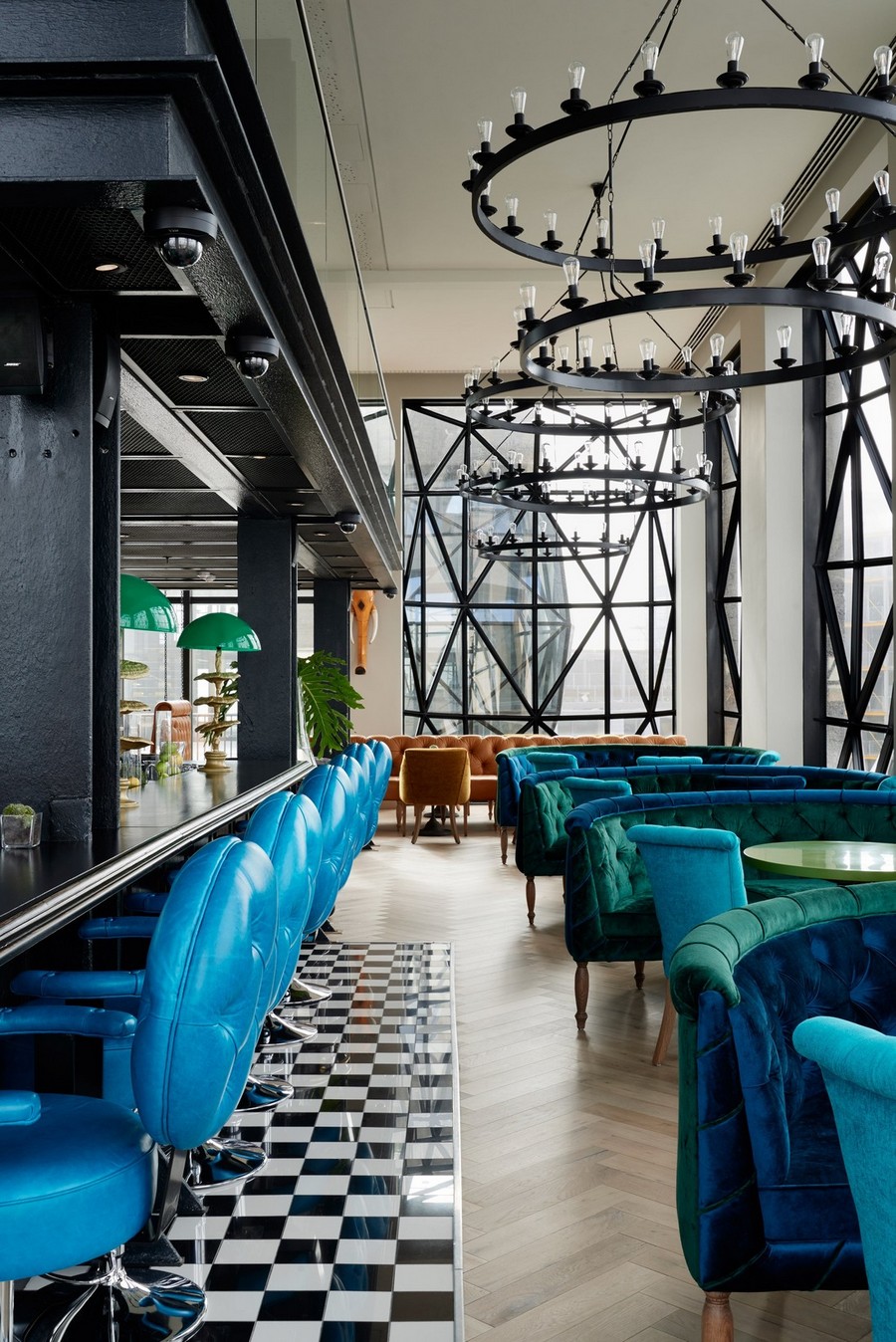 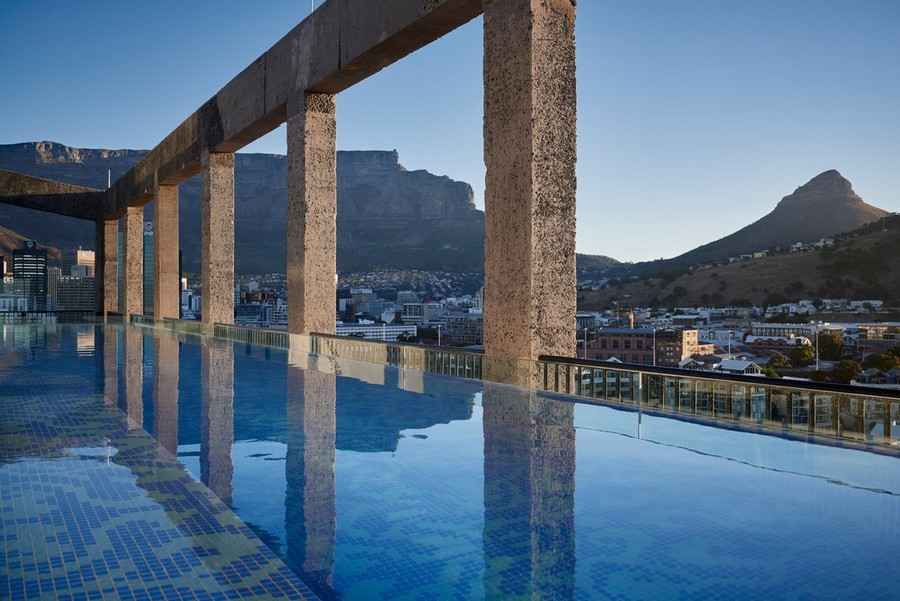 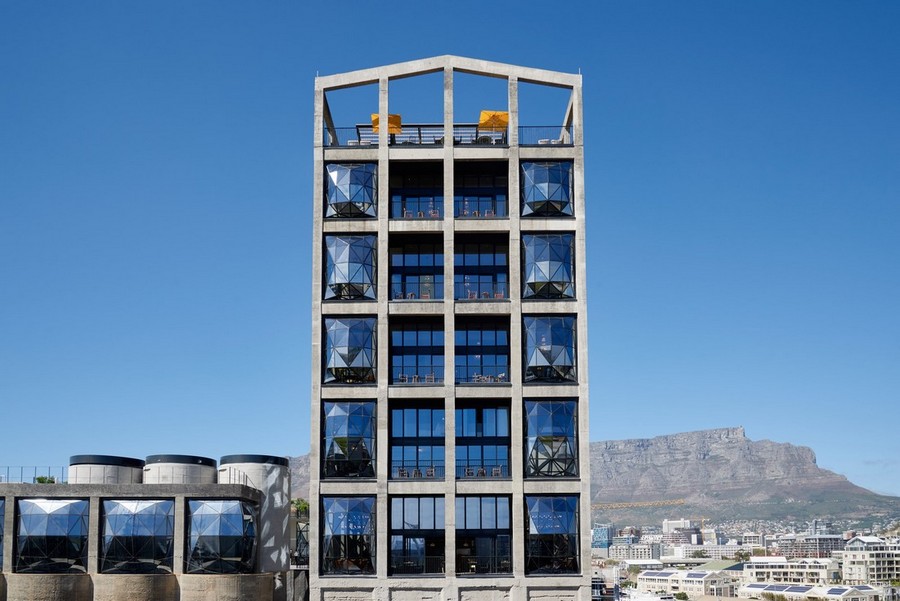 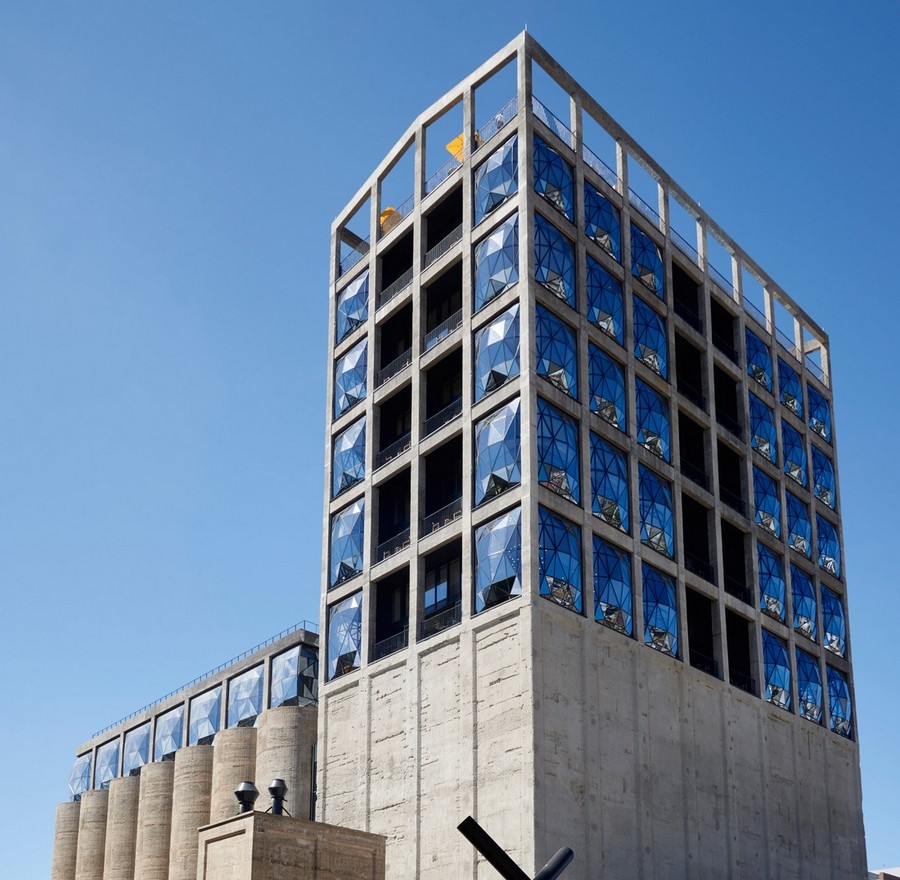