How Employees of Different Countries Brighten Up Their Offices

Having a nine-to-five job in an office hardly sounds like a dream job. However, millions of people around the globe have such schedule and manage to survive. And if nothing can be done to change a job, at least one can do one’s best to decorate the work area and make the daily routine more pleasing. How? HomeKlodike has four inspiring real-life examples from different countries of the world. 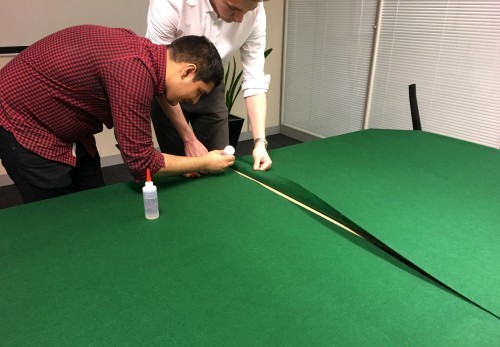 So, the first example is the French headquarters of the Viking Company. After several unfortunate incidents that the previous year brought – a flood, strikes, political and social tension – the head of the French subsidiary decided to change the atmosphere in the office for better. It was determined to start from a mini-garden – a small nook of nature that is supposed to relieve stress on working places.

Now we’re moving to the USA. Here an employee of an advertising agency got frankly sick of gray monochrome walls in his office and decided to bring a note of freshness to it. With the help of his colleagues he covered the walls with pixel-style images of super heroes, which took 8,024 sticky notes total to create.

The project was completed with the budget of 300 dollars within 2 weeks.

The third example is also American. The chief of the Viking Direct Company decided to motivate his colleagues after long Christmas holidays and asked them to decorate the office in some funny way to prolong the New Year spirit. Well, the guys approached the task creatively and built up …a huge castle!

And finally we’re visiting the UK. There is a company there specializing on sales of compressors and pumps. The head of the department in charge of leaf blowers wanted his subordinates to examine the products and all their features as scrupulously as possible. Having studied a bunch of manuals and electronic documents, the staff came up with an example of their own. They built up a makeshift billiards table and now play pool using leaf blowers instead of cues! They say, the boss was really impressed 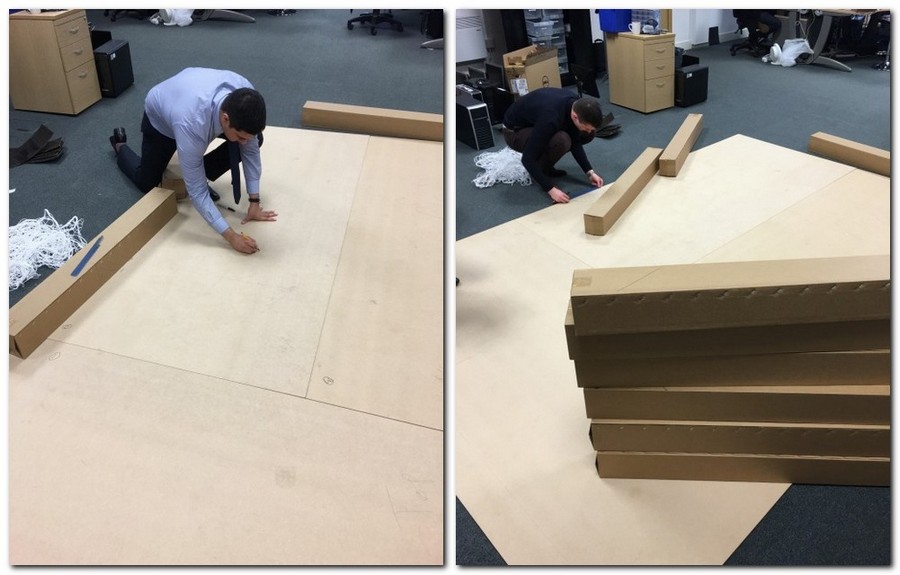 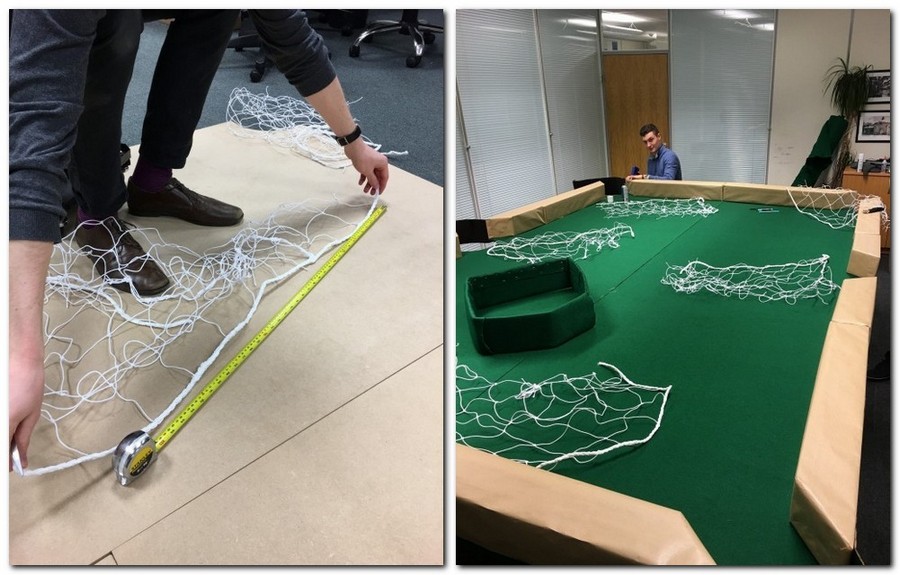