Walking in the Crones of Trees: Unique High-Rise Walkway in China 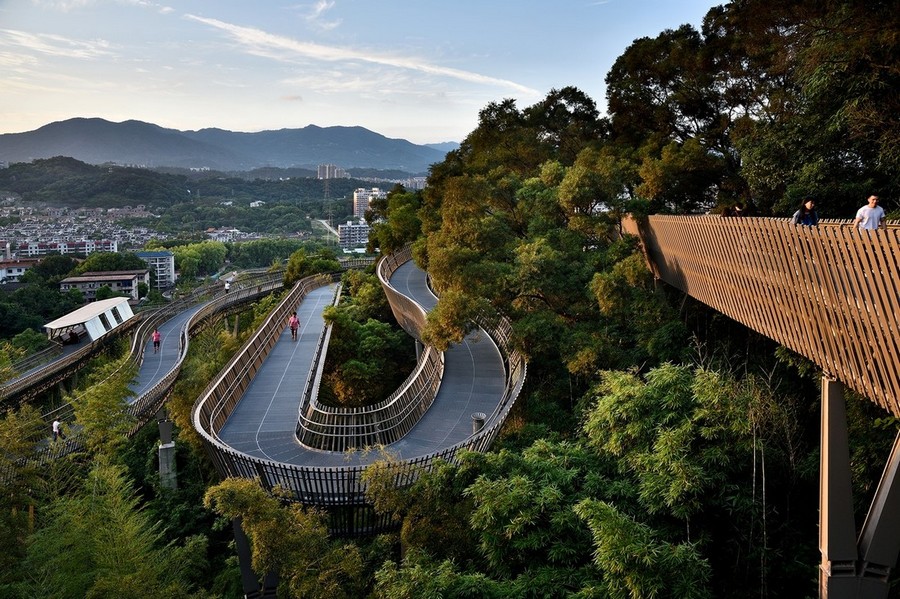 A stunning and absolutely non-standard 19-kilometer-long pedestrian pathway has opened in the Chinese city of Fuzhou, the capital of Fujian province. Fuzhou is one of the greenest residential areas in China, filled with lush subtropical greenery and located among the hills. It would be a shame not to use the recreational potential of such a place for the sake of residents of the megapolis. China is known for its outstanding ambitious projects: almost every of them is either record-breaking or absolutely unexpected (remember the world’s biggest airport and the world’s highest bridge?). And this project is not an exception – the newly-built walkway is arranged on the level of…crones of the trees. 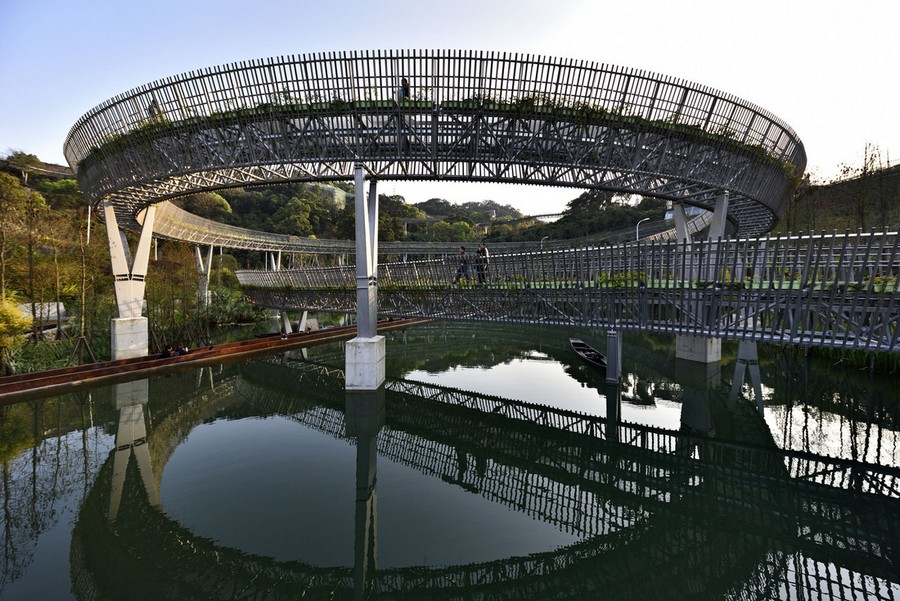 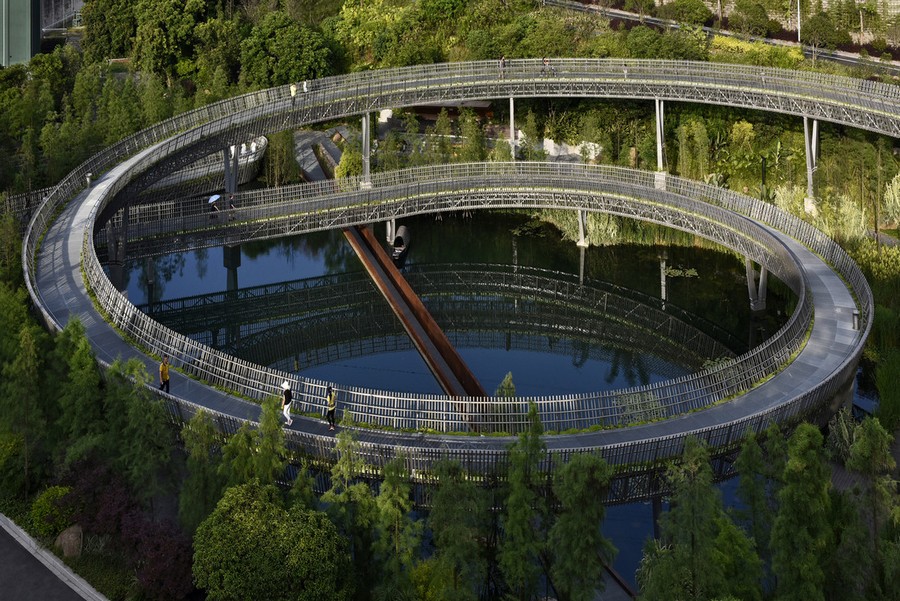 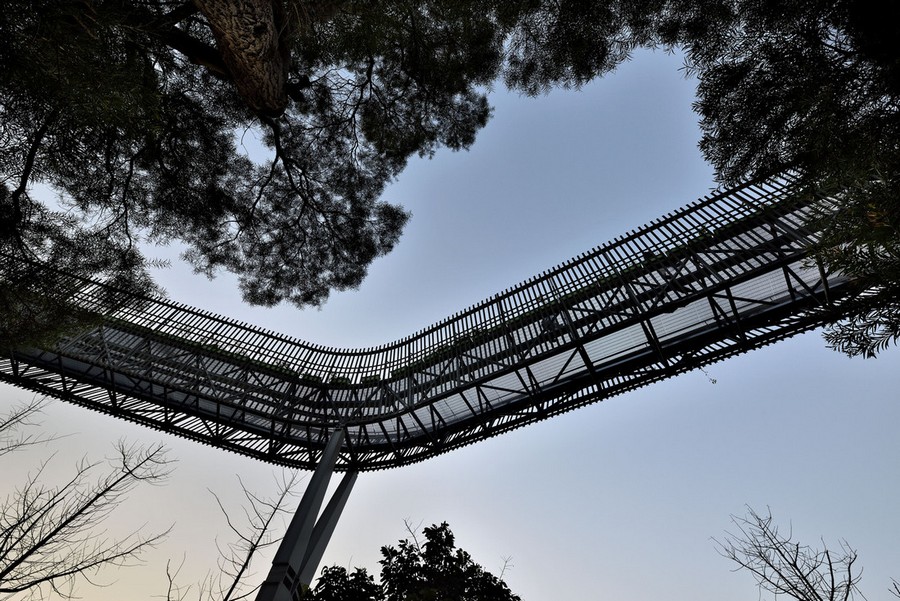 The project was created by a Singaporean studio LOOK Architects. The authors were entrusted with a task to create an all-terrain pathway, which would connect the two main water bodies of Fuzhou– the West Lake and the Minjiang (the ‘mother river’) – over a heavily forested and hilly Jinniushan mountain. Besides, the footpath links 5 already existing parks of the city, creating an easily-accessible and well-connected single open green space in the heart of a densely populated modern city. Now the city dwellers can walk and enjoy the panoramic views of the Fuzhou city, beautiful hilly terrain and lush foliage of trees – all three wrapped in one. 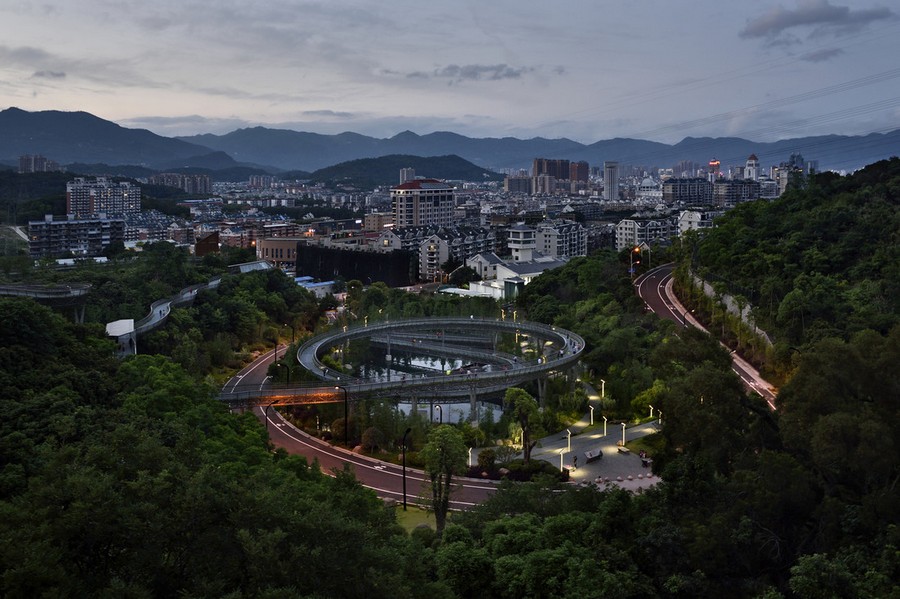 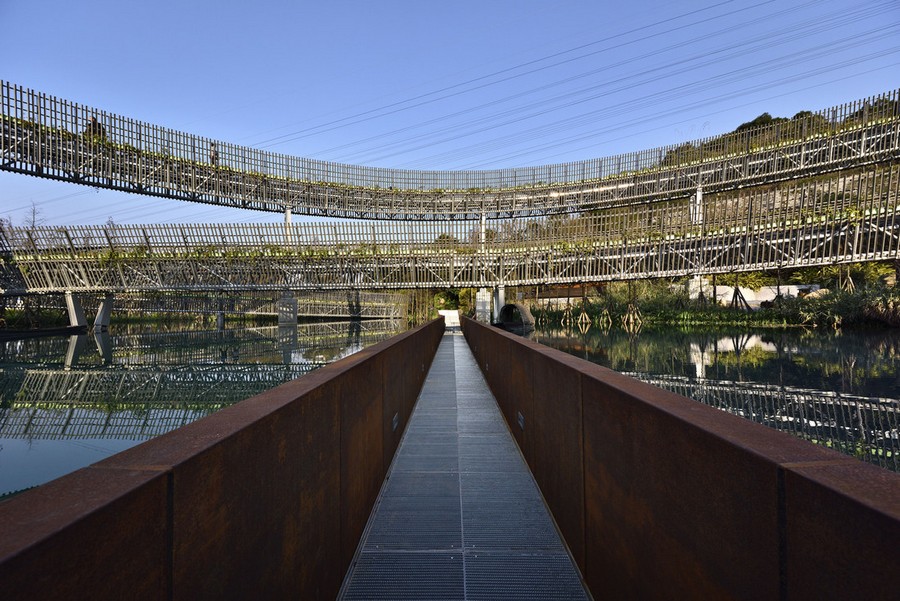 The pathway is shaped like a dragon’s back, which is both a tribute to local terrain and to the Chinese national symbol. Walking down this 19-km path one can find special recreational areas, observation platforms and tea houses. The visitors can use Wi-Fi, electronic information boards and monitors displaying pedestrian traffic. In a word, it’s a beautiful and inspiring people-orientated urban project forming a bridge between big city dwellers and nature. 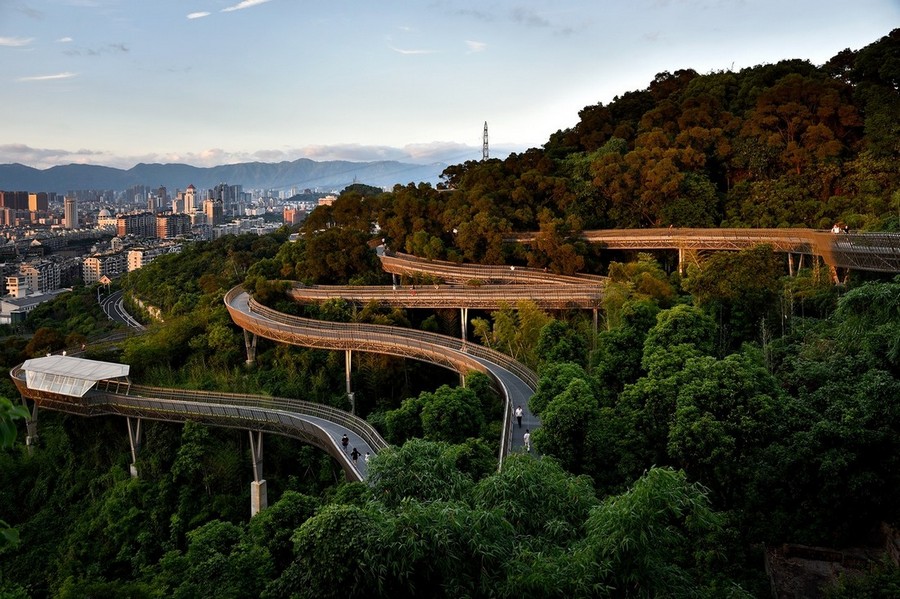