At first sight at her future residential project, its author realized that this newly-built apartment needed a few layout changes, including demolition of several walls. For instance, both bathrooms featured plenty of non-functional nooks, and after the re-planning the hosts got geometrically clear bathroom zones and even enough room for a full-fledged walk-in closet. 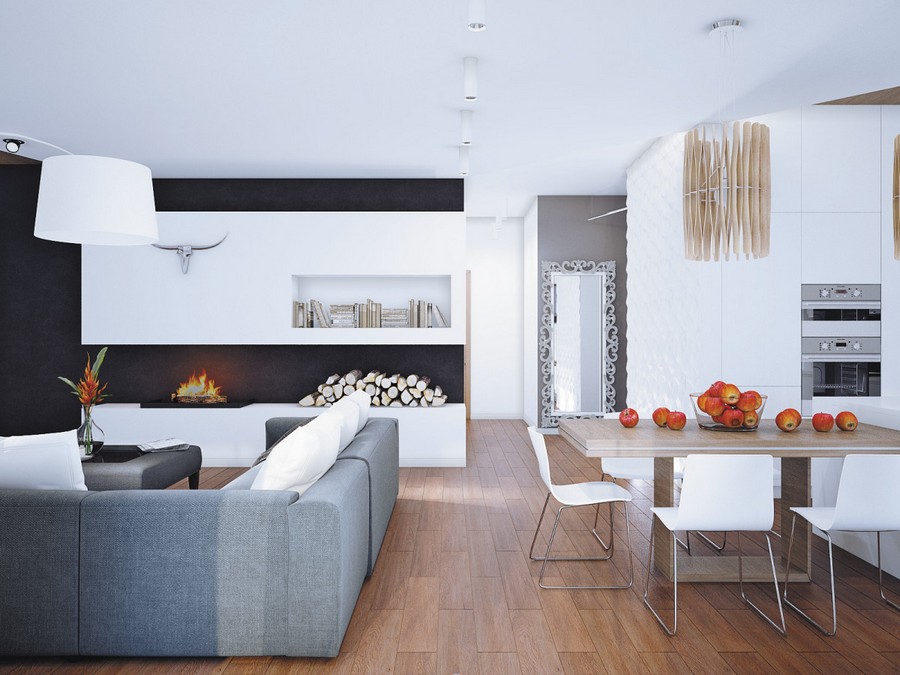 As for the stylistic concept of the flat, the masters drew inspiration from an Austrian hotel interior. They found images in the Internet, and gave the architect a task to reproduce the spirit of an Austrian chalet in their urban family apartment. 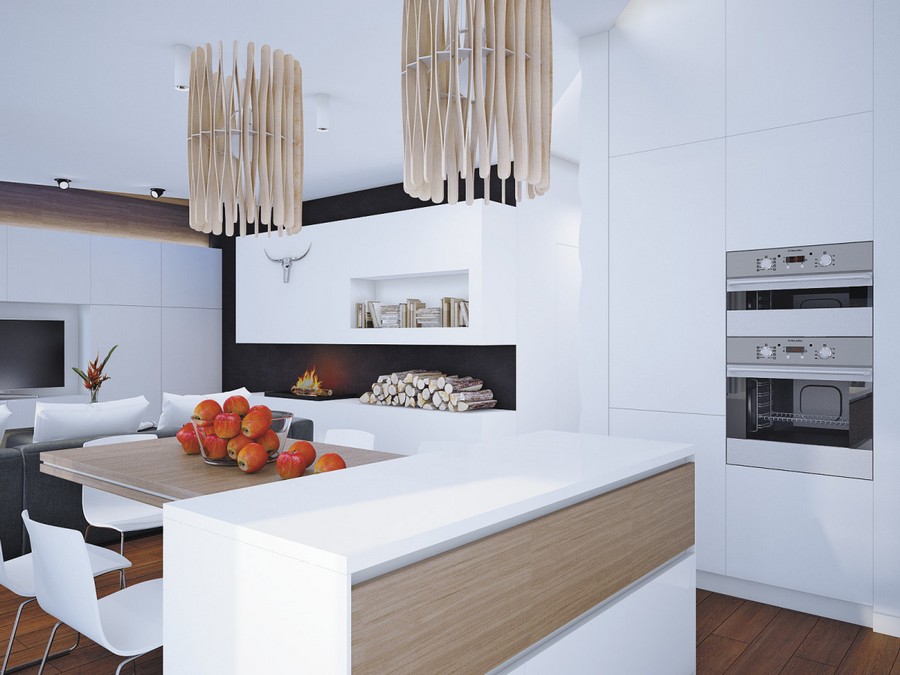 So, actually the color scheme and choice of materials were pre-determined from the very beginning: used were just natural shades and textures with just a few injections of bright colors. 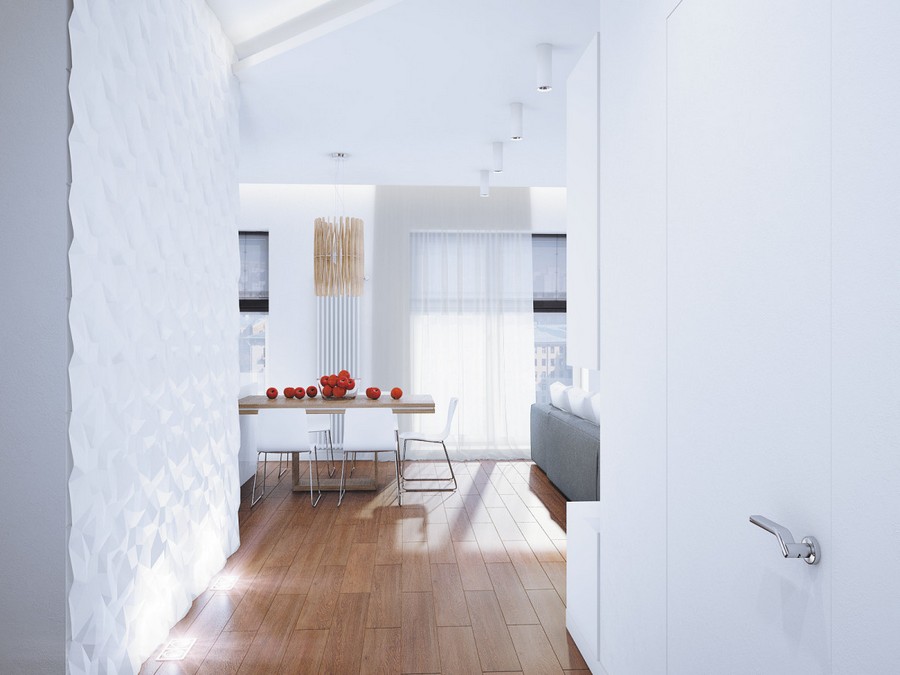 Given that the open-plan kitchen, dining area and living room occupy a pretty big area, this zone features many groups of lighting aimed at visual division of the space. 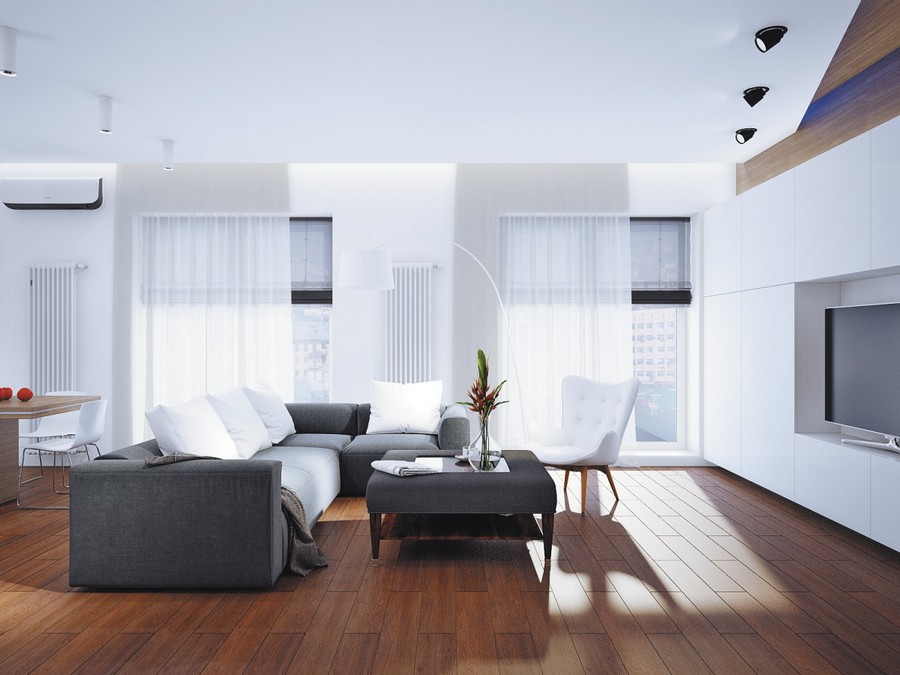 Asymmetrical ceiling is covered with spot and track lights as well an LED strip, which together make it look “floating”. A group of ceiling lights separates the dining area from the lounge zone. To add the sense of hominess to the dining suite, it was complemented with a couple of wooden pendant lamps by Fabbian, and a sofa was coupled with an extra-large floor lamp. You won’t find a conventional chandelier in the middle of the room, and thanks to this the space doesn’t look “flat”. 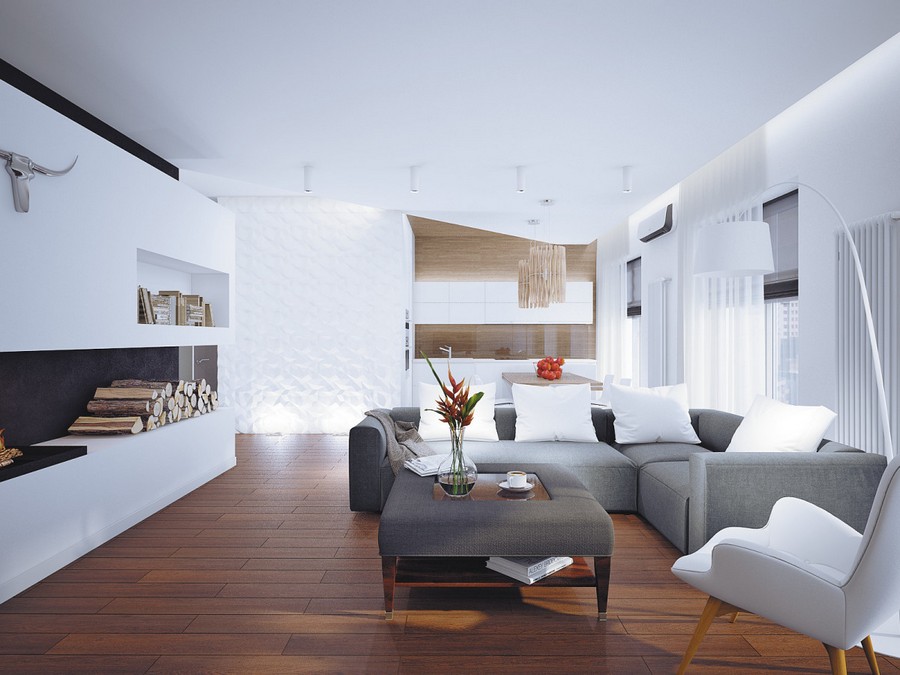 The kitchen area is pretty non-standard. The backsplash zone as well the wall above top cabinets are faced with faux wood PVC panels and covered with a piece of tempered glass. 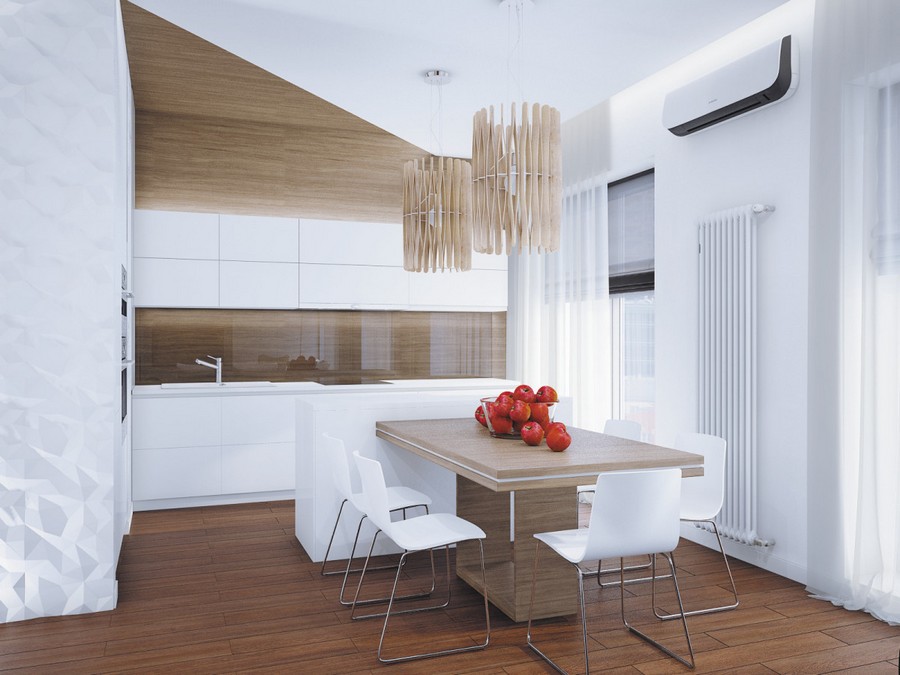 A big construction in the fireplace area will be made from plasterboards. 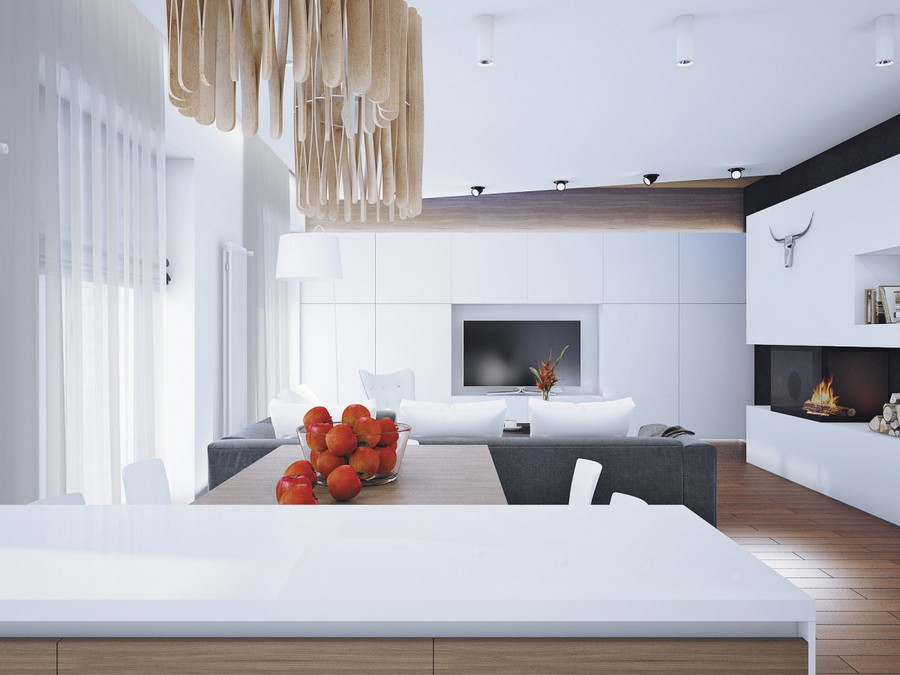 In the bedroom lighting was given a vital role as well: mobile nightstands are accompanied by huge pendant lamps that ensure comfortable reading, and a work area is lit by a wall-mounted lamp that is also extremely big. The only bright spot in the room is a deep blackberry wall opposite the bed. The walk-in closet is hidden behind dense curtains, since both the author and the hosts were dead against massive doors and extra walls. Eventually the room appeared to be designed symmetrically, with a bed as a core of the composition. The wall in the headboard zone is finished with parquet boards and dressed up with a cow’s skin. 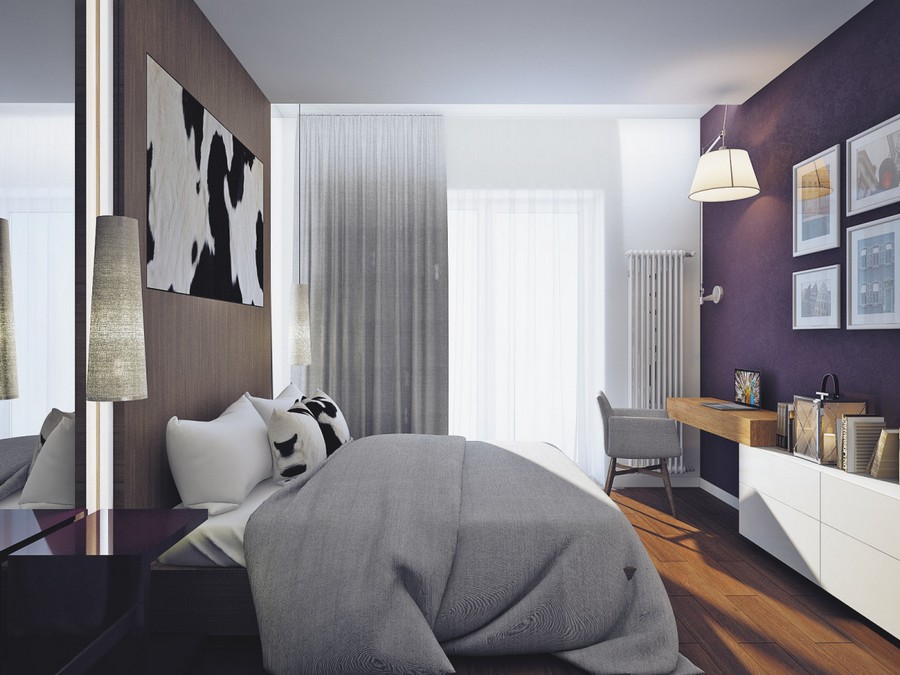 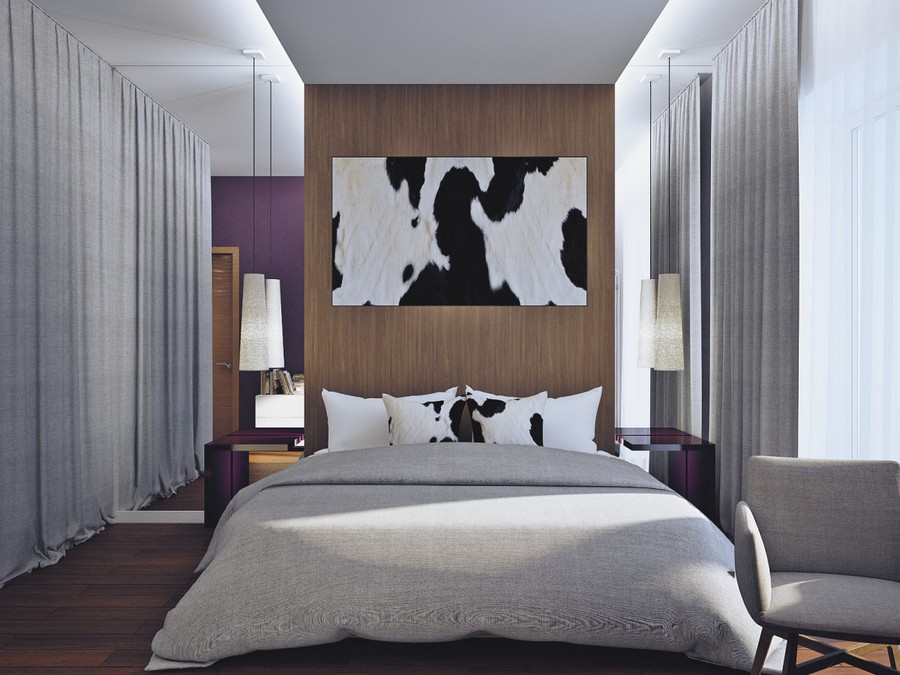 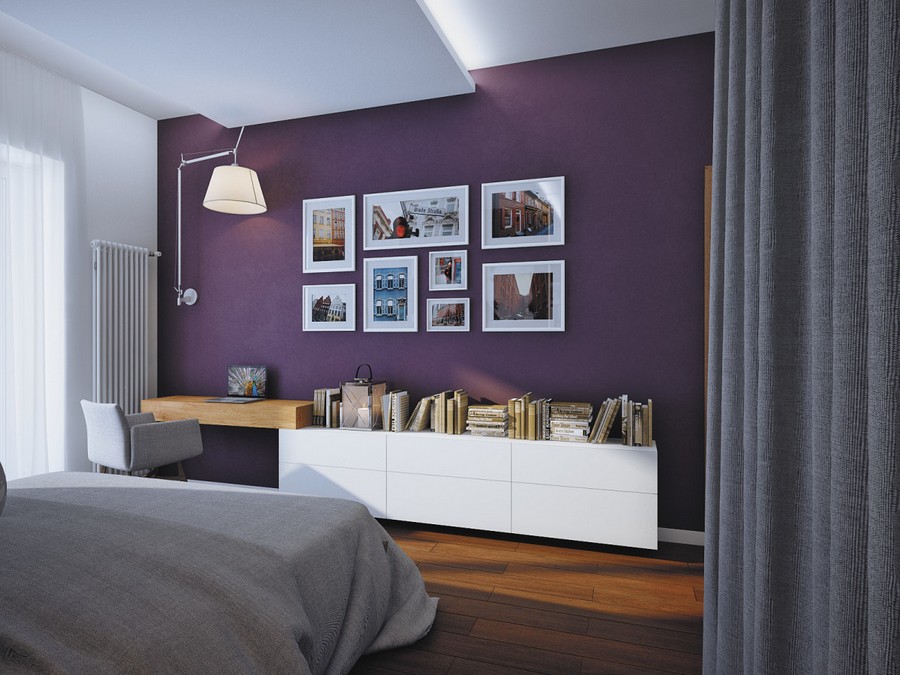 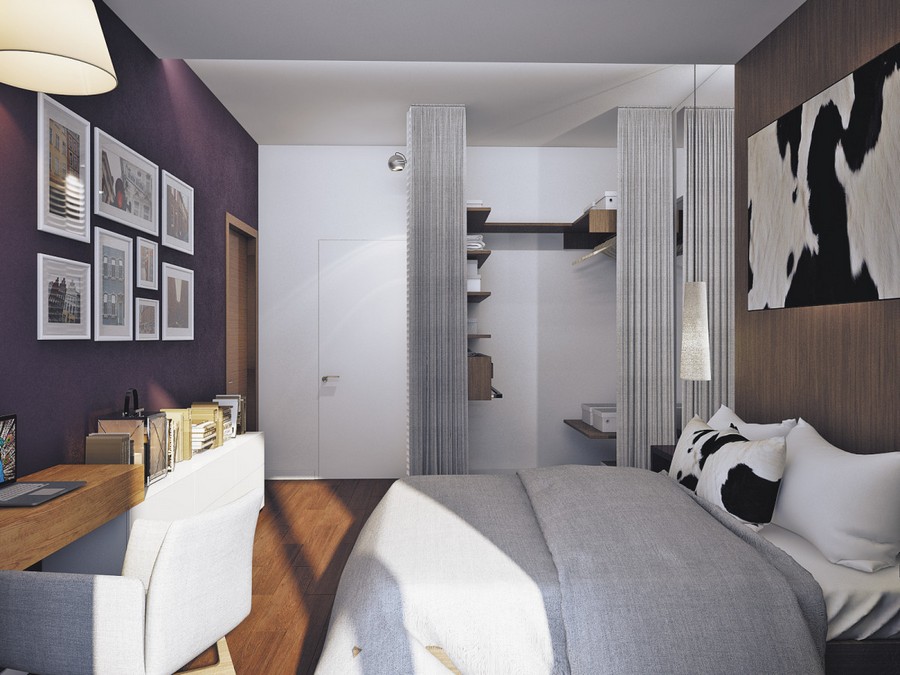 The kid’s room quite logically appears to be the brightest in the apartment, but it’s based on naturalistic colors as well: the author of the project just diluted them with some red to bring a note of positivity. Just like the living room, the toddler bedroom has no chandelier – it’s replaced with an LED strip strectching along the ceiling perimeter. 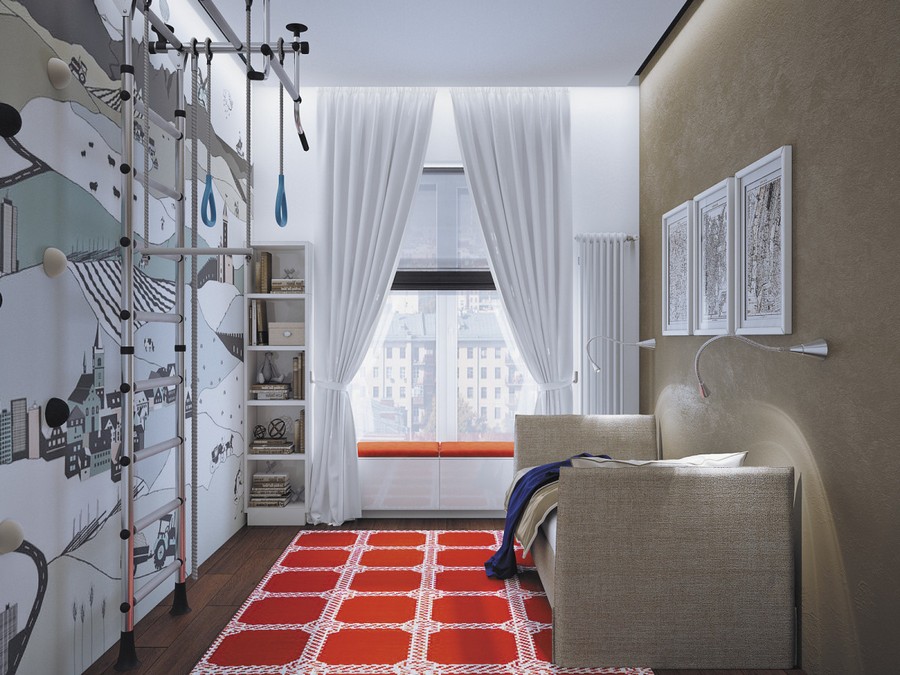 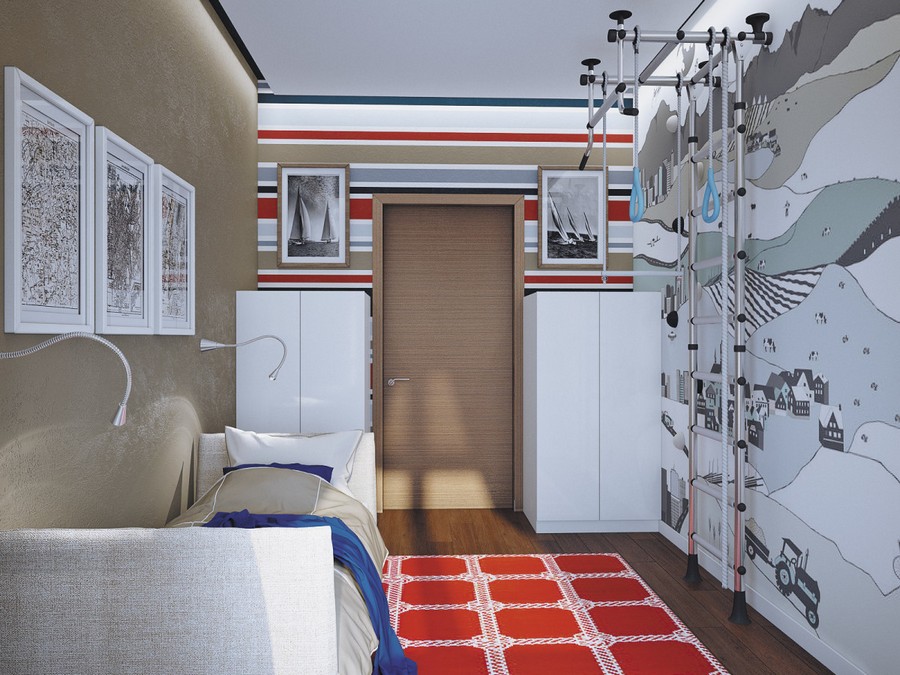 As for the bathroom, it’s finished with beautiful 3D tiles by Porcelanosa Oxo Line and Marmi China. And ornamental tiles with floral pattern in the bathtub zone are from the Porcelanosa Oxo Garden Gris collection. They’re additionally accentuated by LED light strip arranged in this only zone. Besides it, there is a ceiling lamp and a sconce. 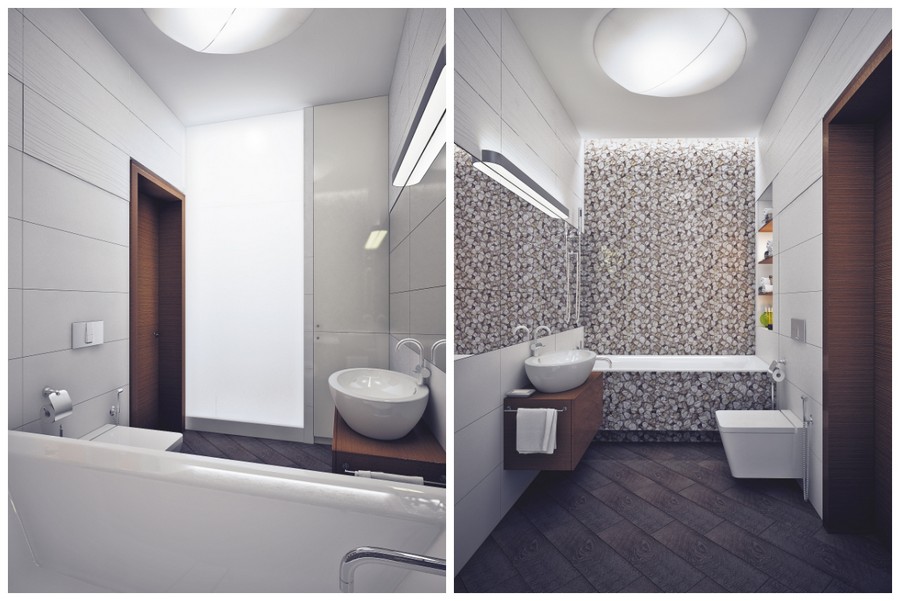 Given that the walls in the apartment are monolithic and more or less even, it was determined to paint the walls. Just in the kid’s room wall murals by Mr Perswall and myVillage were used. Besides, a few accent walls in the living room and bedroom were decorated with 3D panels. Thanks to accenting lights arranged below them in the lounge and above in the bedroom, the three-dimensional pattern looks even more spectacular and turns a common wall into a true art object. 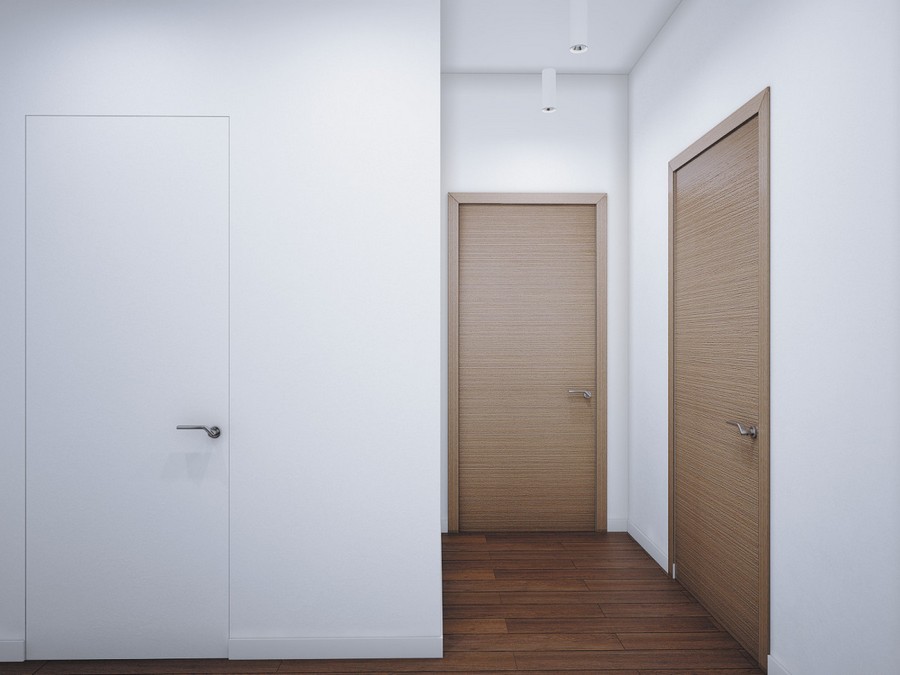 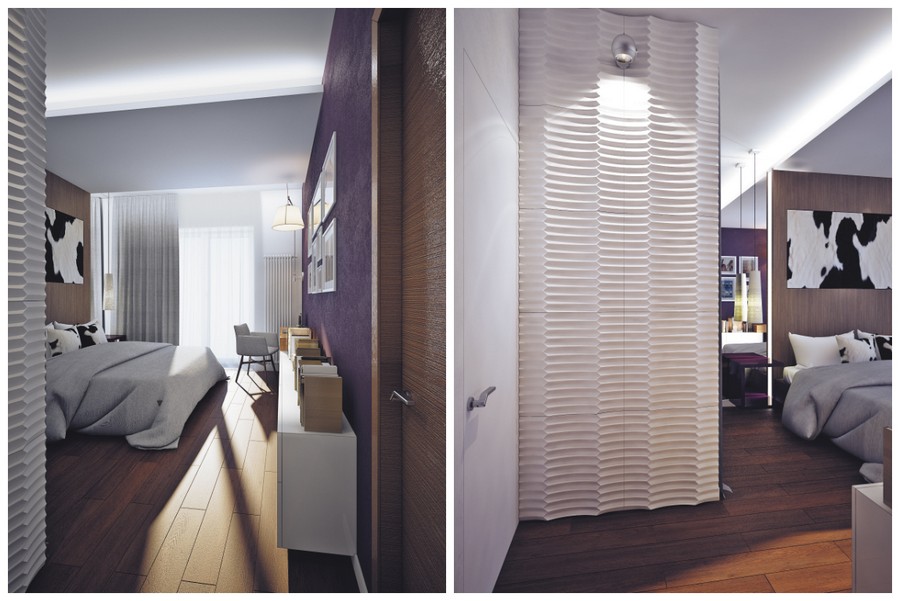 One more challenge that emerged in the project was the door of the guest bathroom – it would immediately catch the eyes of anyone entering the mudroom. The designer decided to disguise this problematic area by means of an invisible door. Later the same trick was used to camouflage the bathroom exit in the bedroom. The best thing about invisible doors is that they can be coated with the same materials as the walls. This solves many aesthetical issues and gives room for creativity. Thus, in the corridor the walls are painted in a flipping style, which breaks the space visually and keeps the corridor from looking like a dull box. This effect is additionally enhanced by asymmetrically arranged lamps. 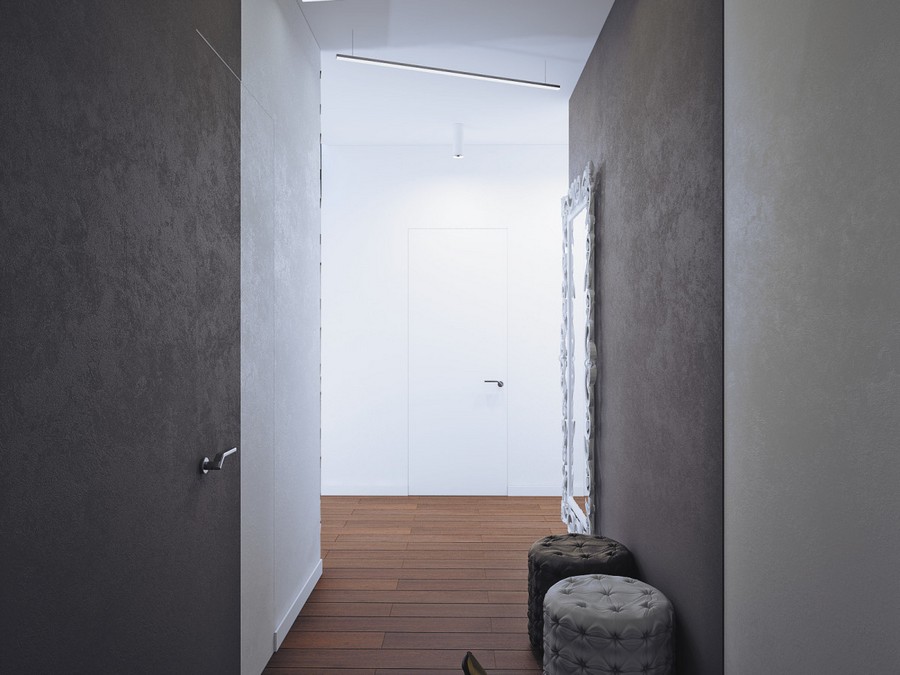 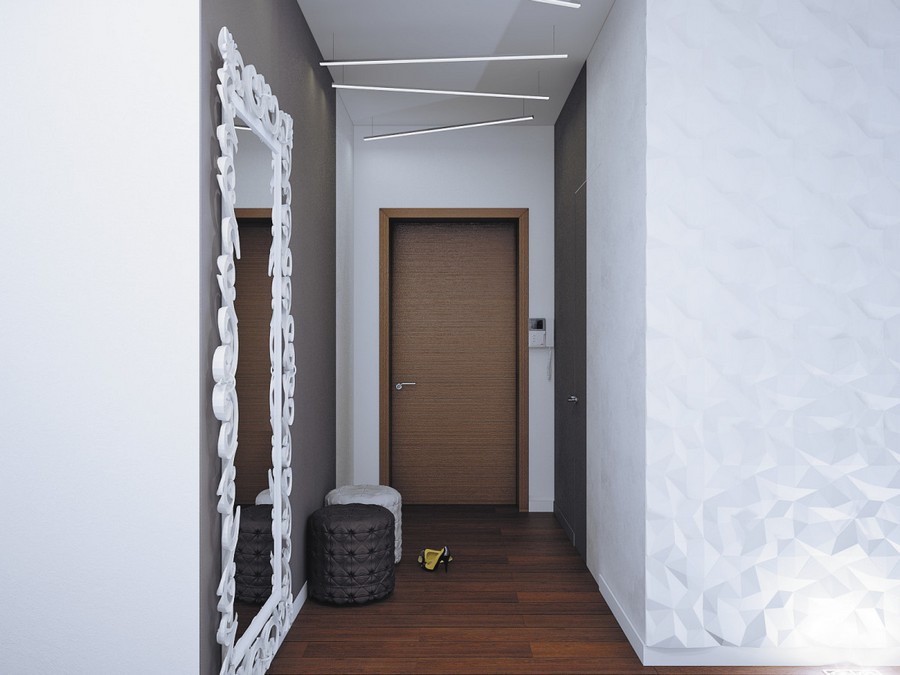