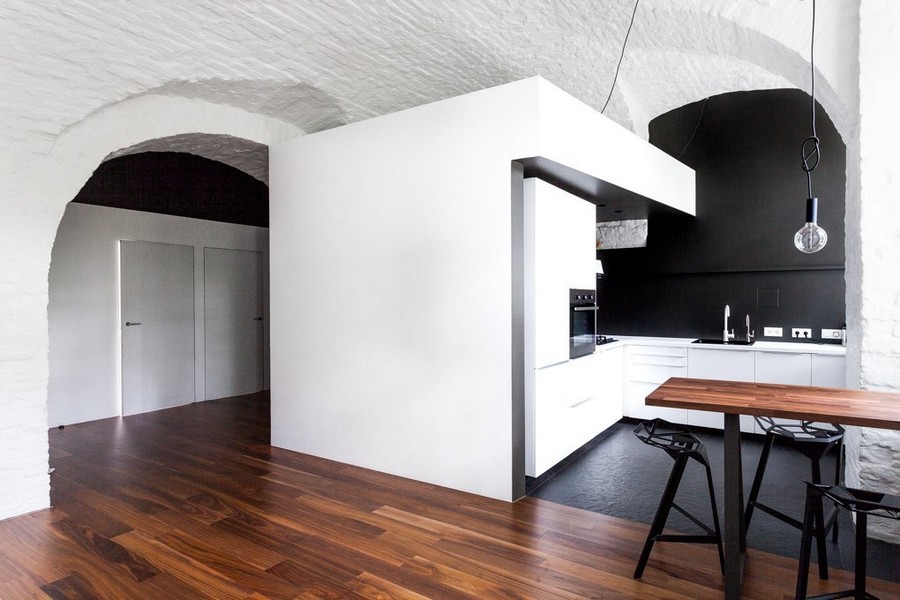 Shoemaker’s kids frequently have no shoes, but this time we are going to show you an apartment belonging to an architect – he has designed it for his family on his own. The thing that attracted him in this flat was the history – it’s located on the first floor of a building of the 18th century. Originally it was one of the numerous royal outbuildings for servants, but now little is left from the original look – due to numerous reconstructions and superstructures and the fact that in Soviet times it was turned into a communal apartment. Still, the place managed to preserve two important things – arched ceilings and original masonry. These two features made it a dream home for the architect. 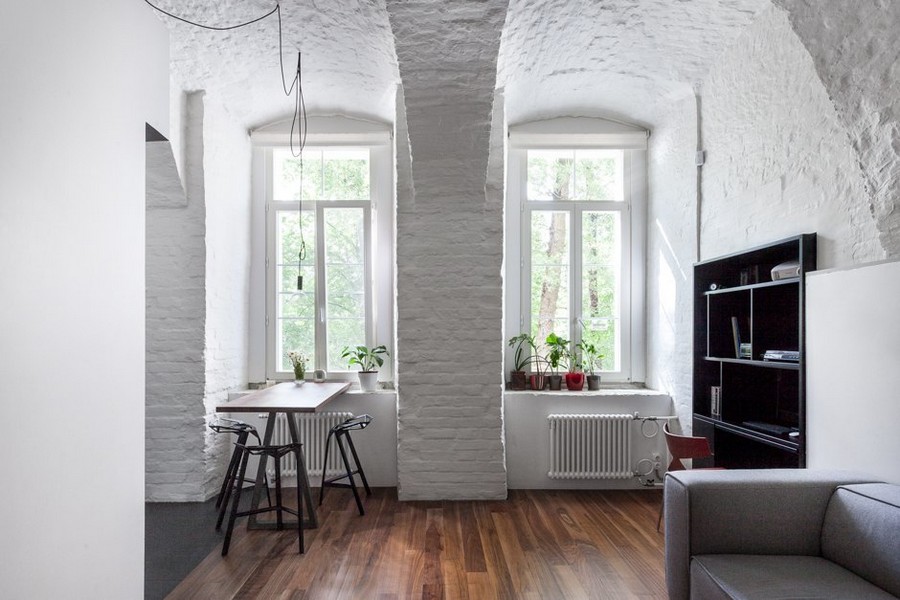 The layout of the flat is typical for architects’ workshops: an open space with a “built-in” bathroom in the middle, and one of its walls forms a recess for a kitchen suite and the other serves as a projector screen. The style of this interior is pure minimalism, so if ascetic interiors make you tick, you’re going to like this apartment 100%! 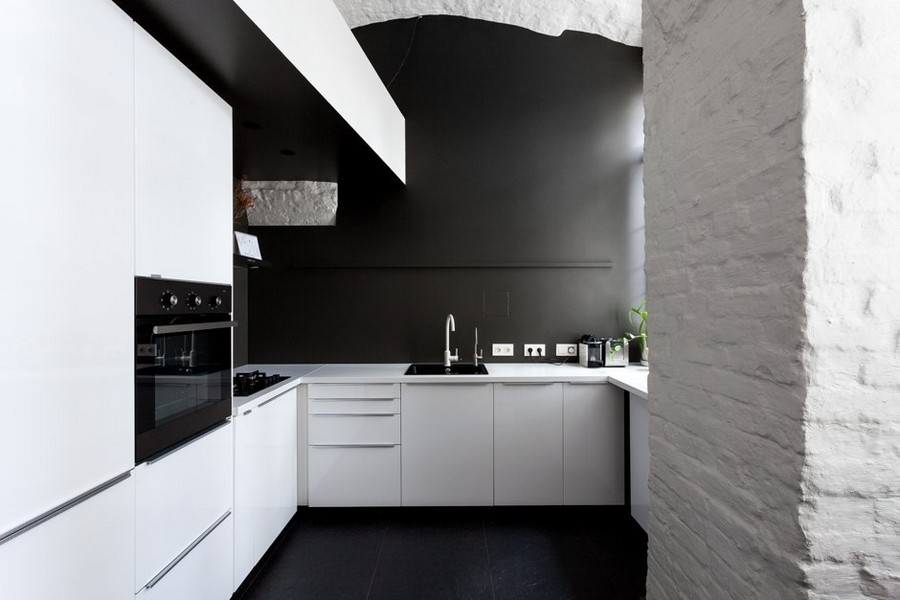 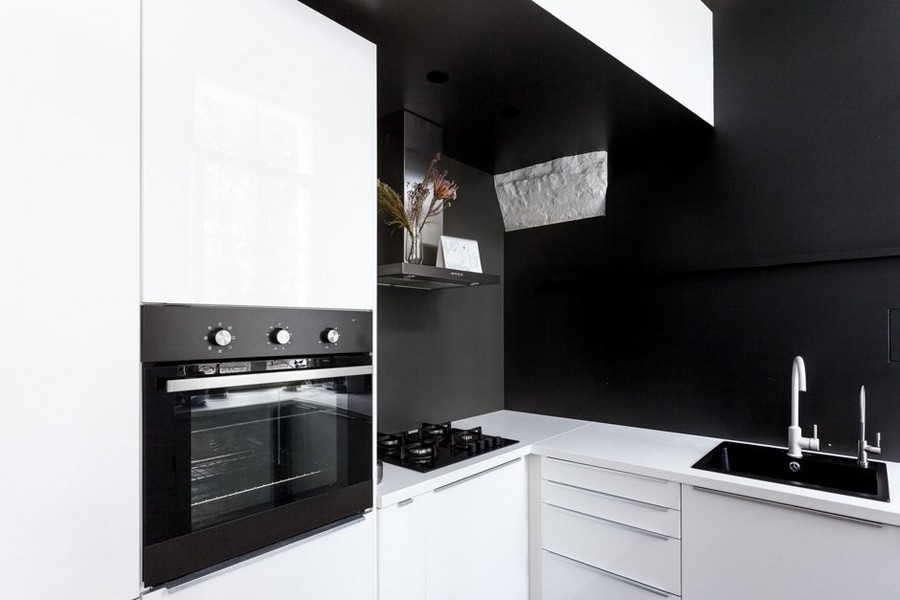 The entire renovation process took just 6 months. This old ex-communal apartment was last refurbished back in 1953, so there was nothing left but the walls actually. The construction crew replaced the overlappings, removed shabby old plaster from the walls and dismantled old window frames along with the sills. The new windows are bespoke and slightly tinted from the exterior side, which make Roman blinds almost underutilized. Brick walls were coated with white paint and partially newly-plastered. The owner of the apartment believes that brick masonry is great when coupled with flat surfaces, while too big amounts of it can feel a bit exhausting. Besides, the wall behind the sofa conceals electric wires. “Doing the same inside bricks without ruining their structure is impossible”, says the architect. For the same reason you can find a few exposed wires in other parts of the flat. 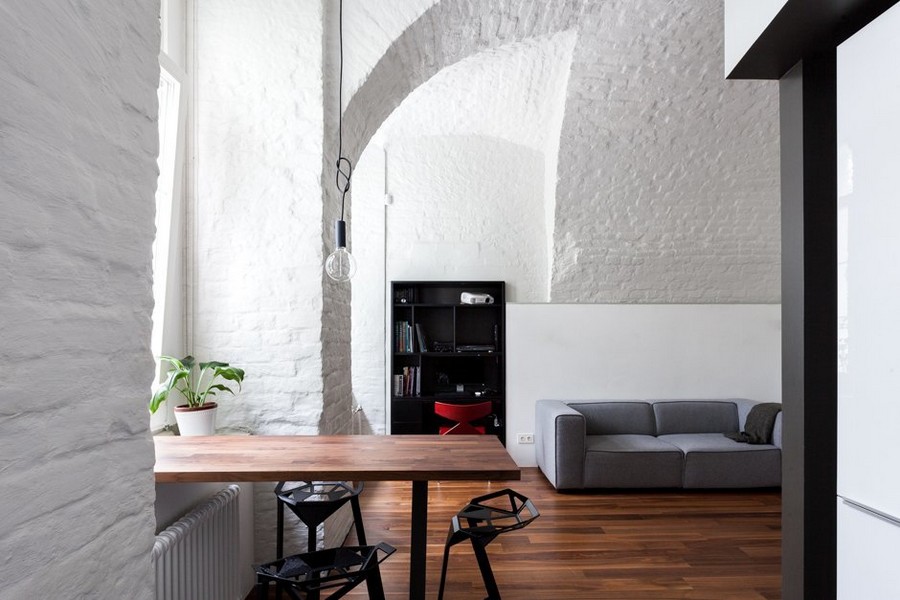 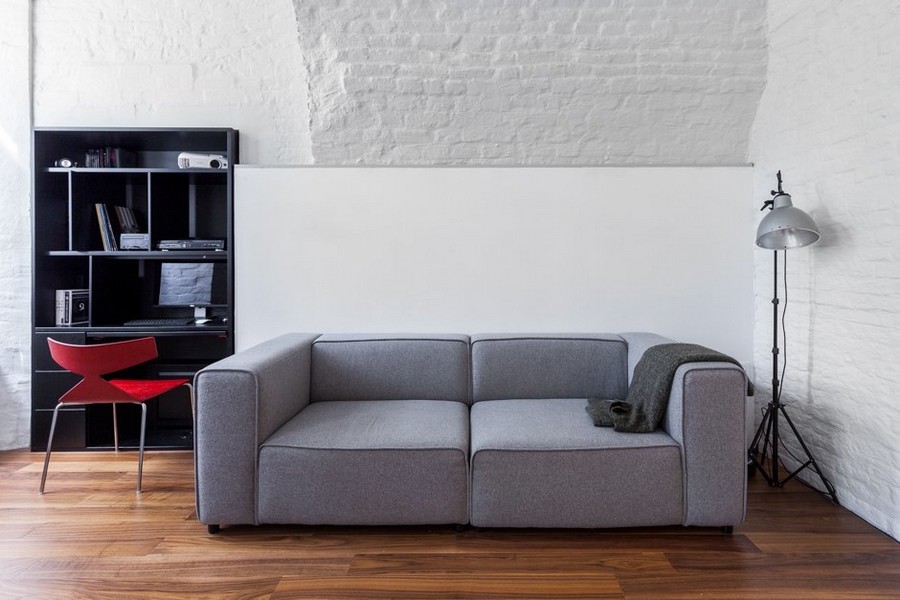 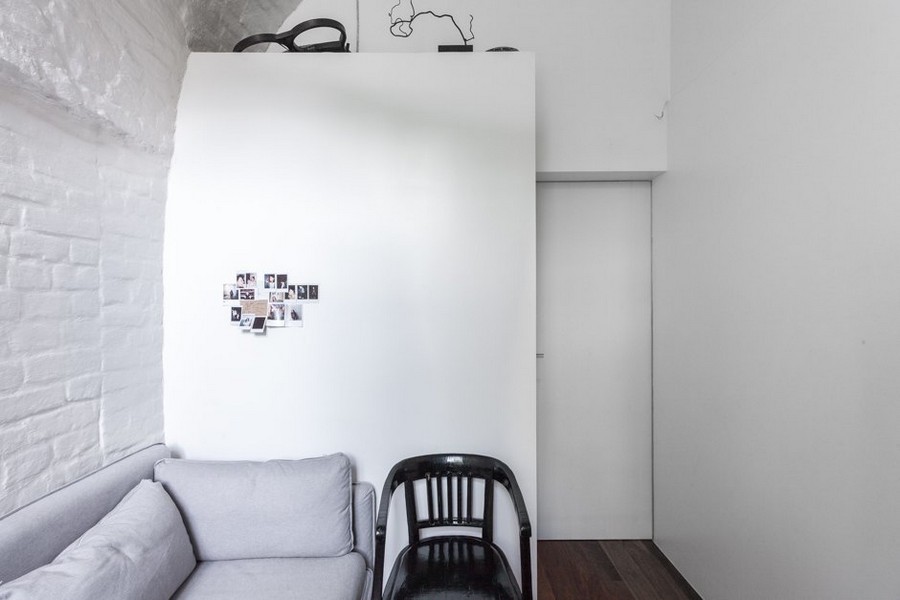 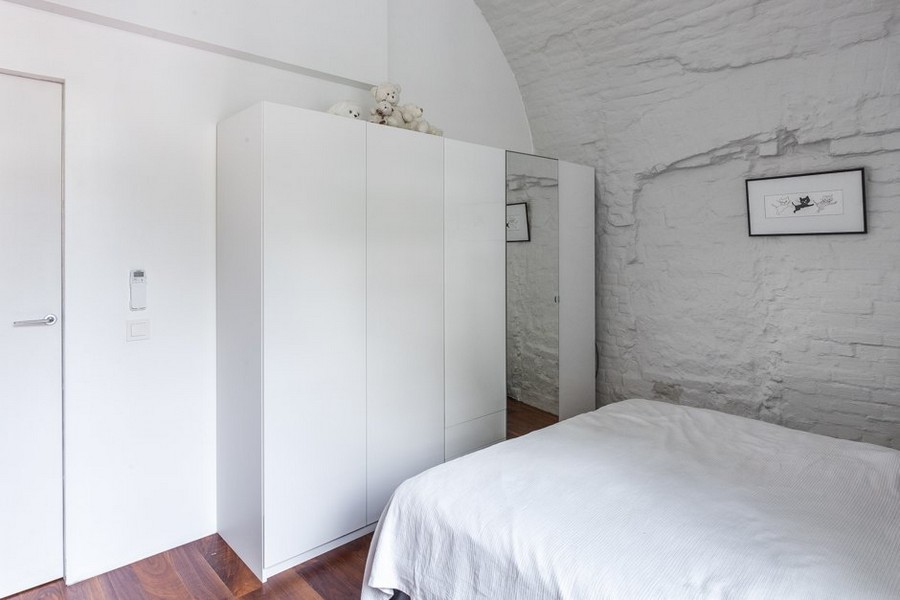 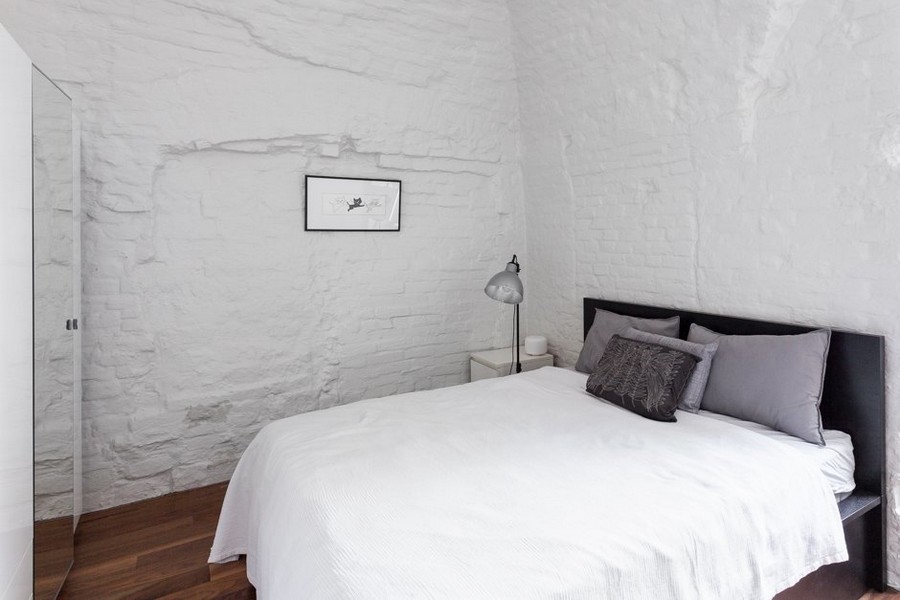 Lack of sunlight is compensated by arched ceilings. There are built-in lamps along the perimeter of the flat, but the masters traditionally use track lights: when pointed up, they give pleasing soft reflected light. Besides, there are extra lights in the preparation zone, and the dining area, bedroom and kid’s room are equipped with lamps with exposed wires and bulbs.

The color palette is neutral: dominating white and gray are complemented with warm American walnut on the floor. And wet zones – the kitchen, mudroom and bathroom – are finished with slate. 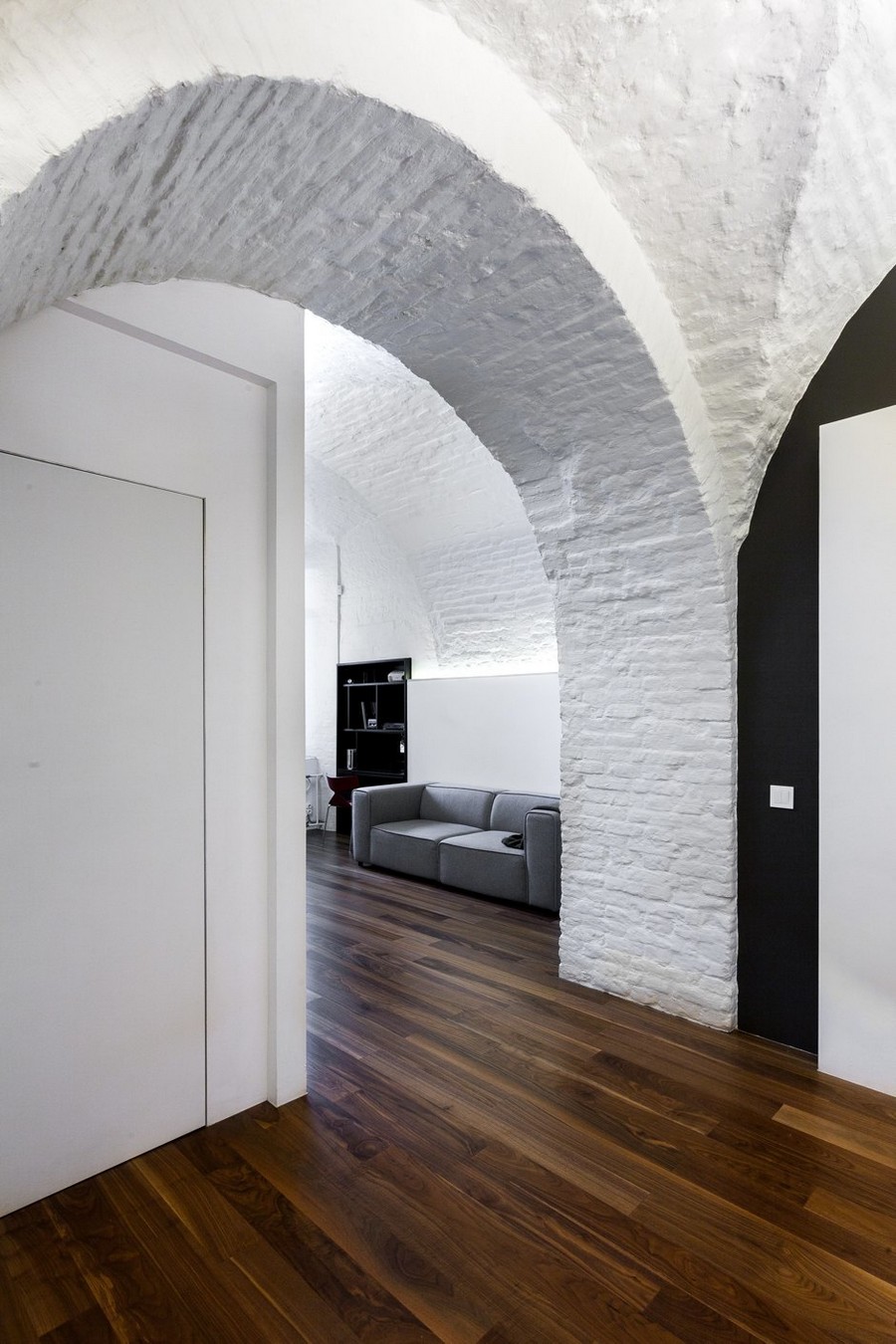 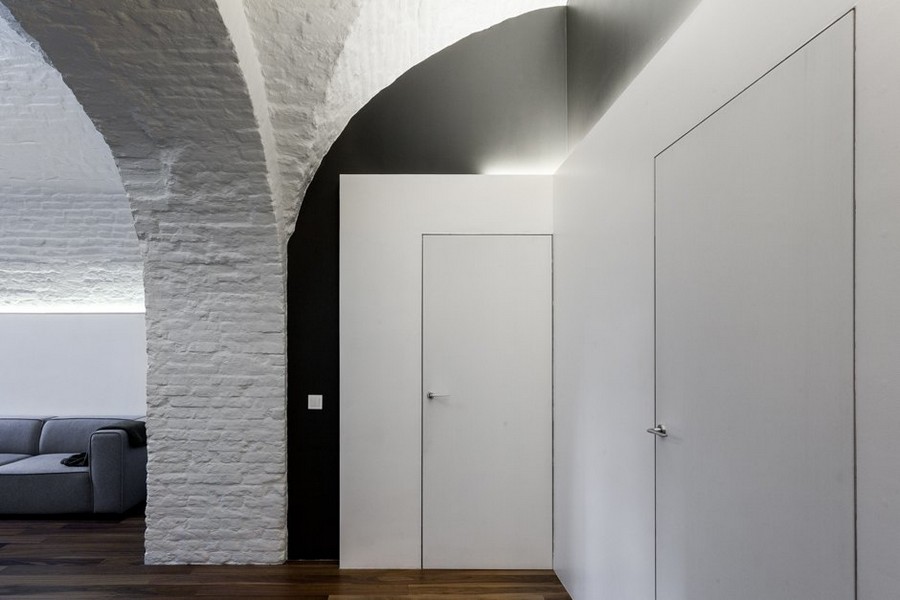 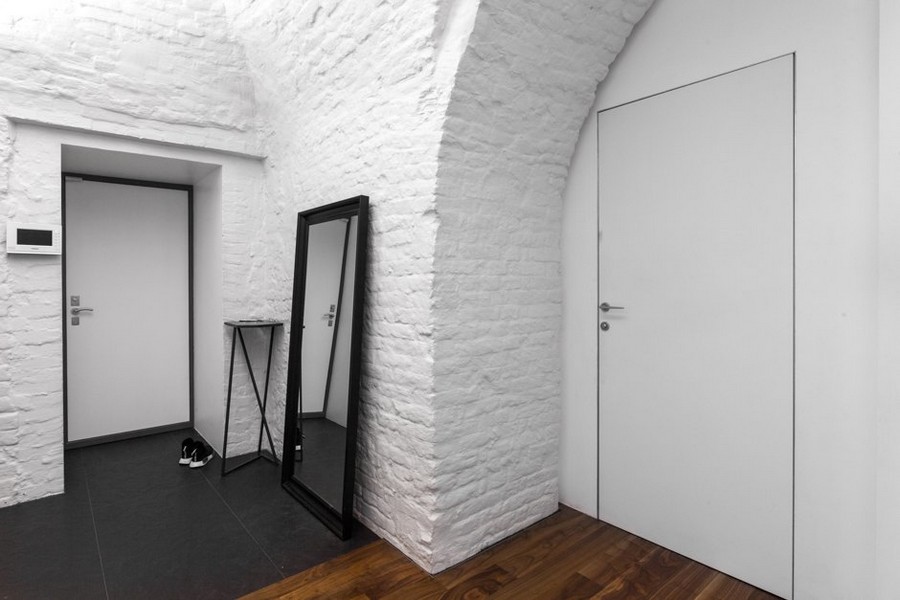 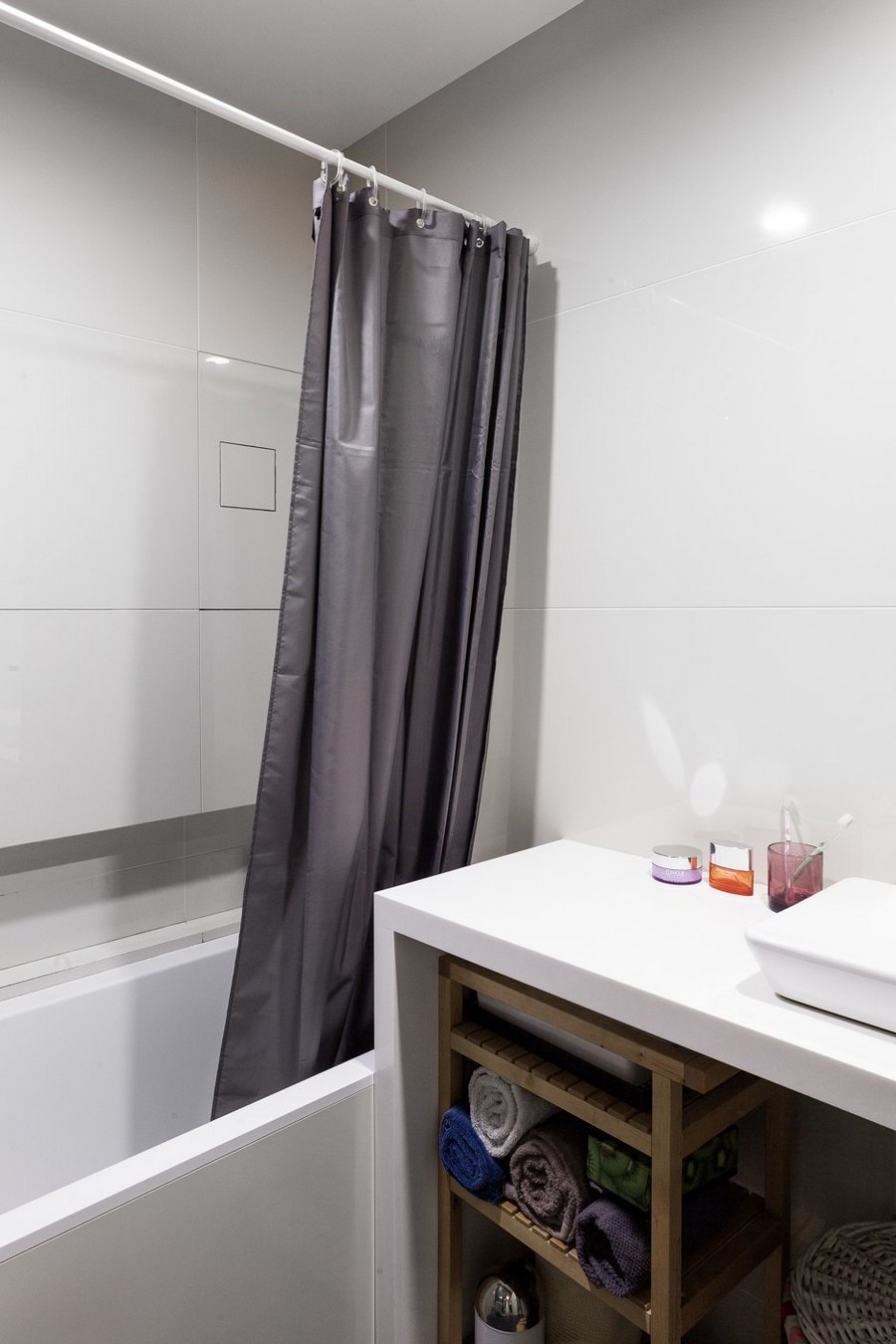