Female apartments are not necessarily pastel and neo-classical. Some girls feel comfortable in quite brutal and “mannish” interiors. And here is one of them. 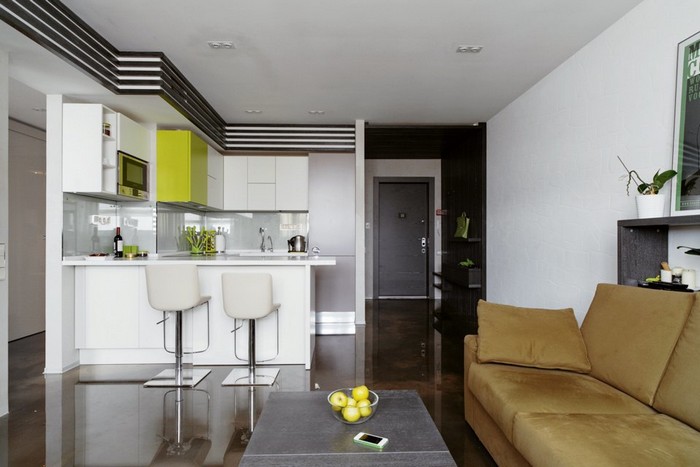 Let’s start with a short back story. After renovation this apartment has changed almost beyond recognition: former bedroom became a kitchen, an entrance hall was transformed into a bathroom and three loggias were made open-plan. As a result of layout changes the total living area was increased by 25 (!) square meters and the owner got a new integral space, which could be divided by means of built-in sliding doors.

The predominant color scheme is neutral and based on mostly grayish and brownish hues. Special attention must be paid to the floor – it’s self-leveling concrete and polymeric. The technology was the following: common concrete surface was sanded down and coated with an epoxy-based polymer. It’s quite a bold industrial-style decision for a living area, which still looks pretty balanced. Thanks to close location of the sewers it was easy to shift the kitchen closer to the entrance hall and replace the toilet with a big wardrobe. 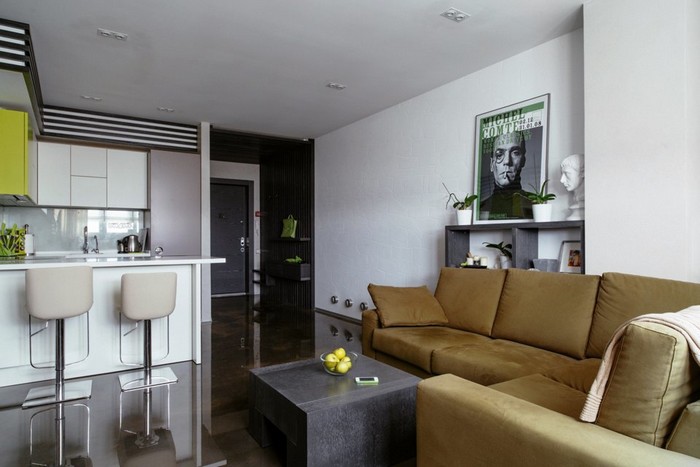 The entrance hall walls are decorated with wooden planks. LED bands are fixed on the planks and directed to the ceiling, which makes the lighting in this zone diffused. The lighting system in the apartment is zone-level and dimmer-controlled. 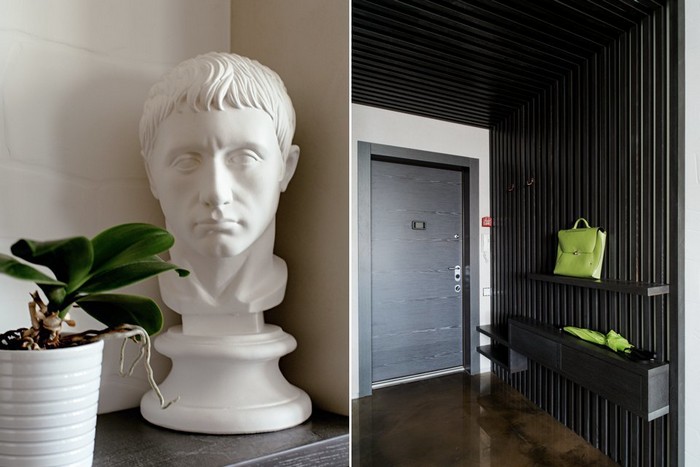 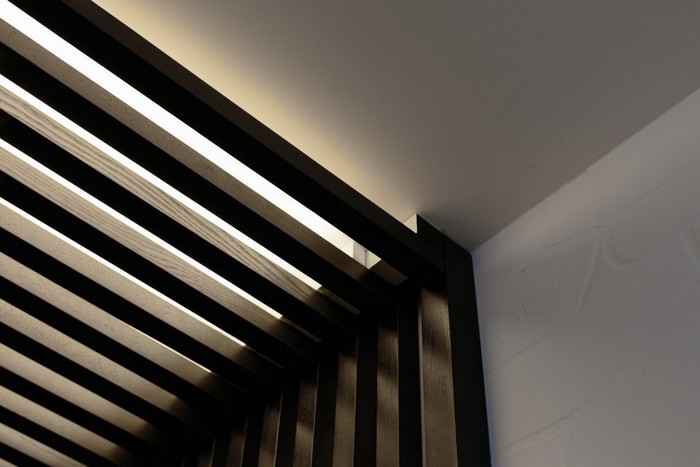 The color accent of the open-concept living room is the Italian One Touch kitchen set by Euromobil. 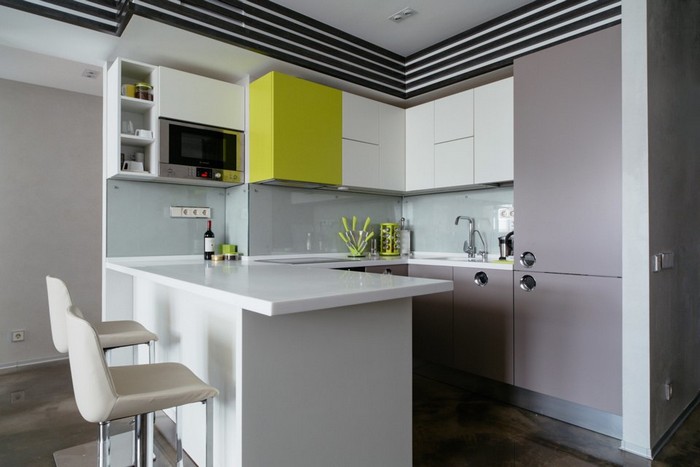 Initially it was planned to finish the walls with artificial brick, but the sights were set up on a smoother texture – decorative plaster. 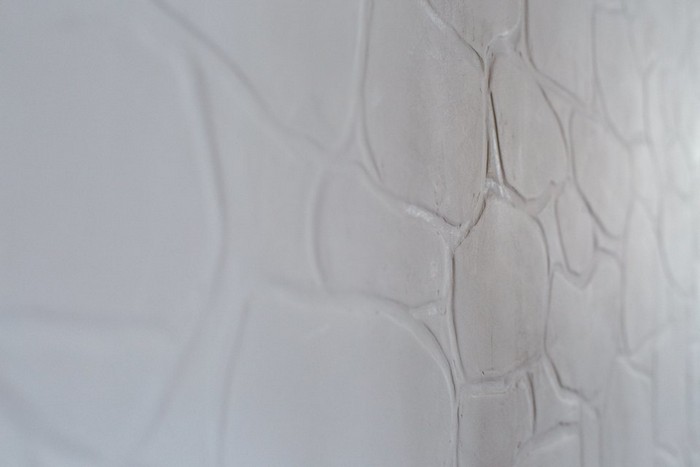 The sofas by Espessi were brought from Italy, and the rest of the furniture was custom-made in Russia. 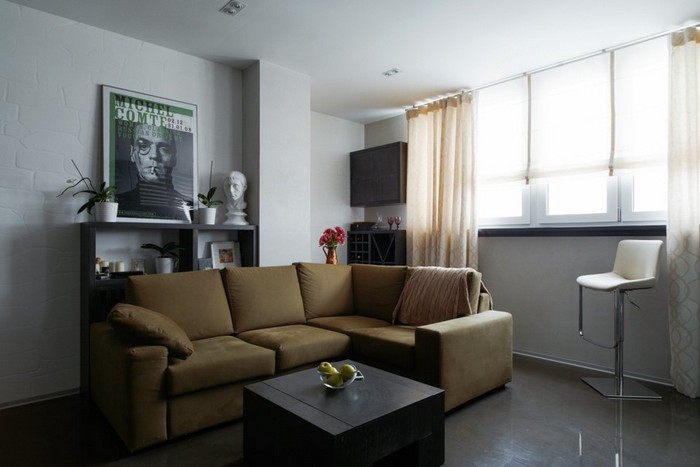 The window sill zone was arranged as a bar and supplemented with a wine cabinet matching the overall theme of wooden planks. 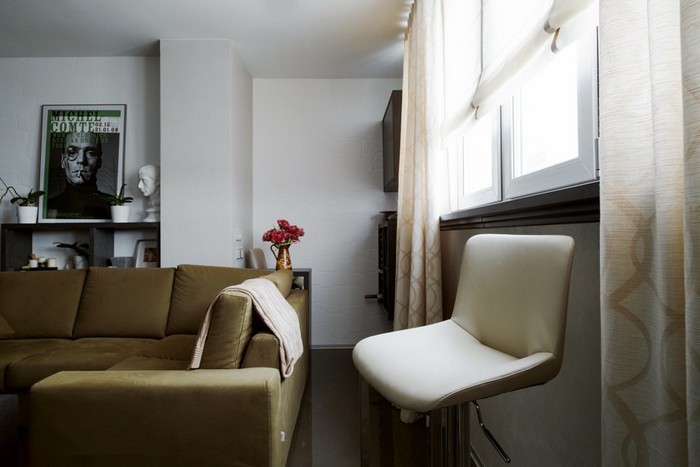 A fanciful construction faced with wooden planks, which the TV-set is mounted to, is actually a load-bearing concrete pylon. It’s equipped with built-in shelf storage system and conceals radiators and an air ventilation system. Besides, it serves as a room divider. 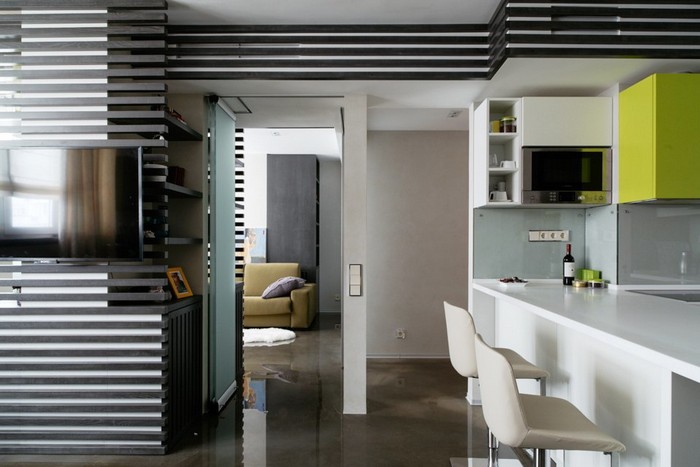 The adjoining room is used as a guest bedroom and a work space. In a huge wardrobe the owner keeps most of her stuff, including books. 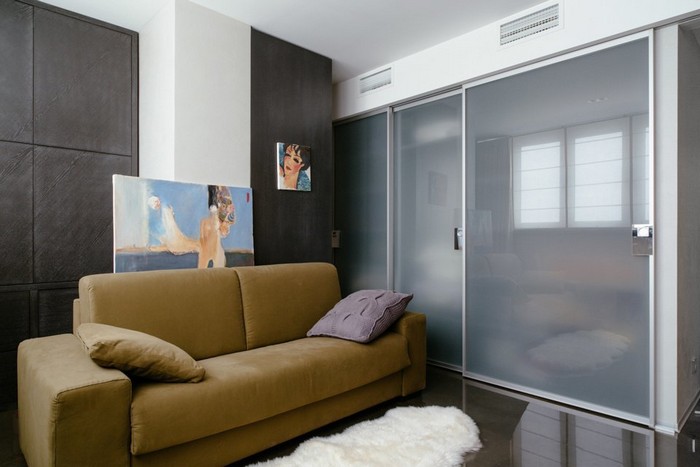 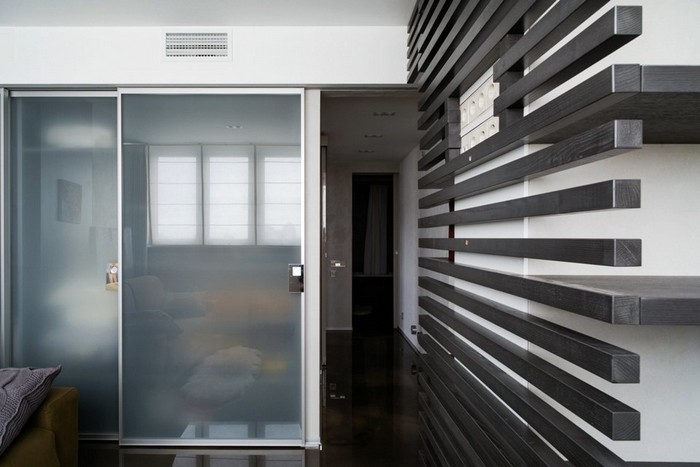 Sanitary porcelain in the bathroom is made by Vitra. 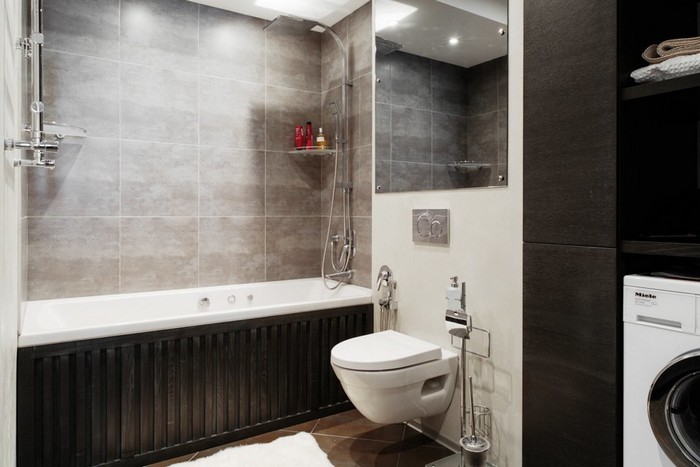 A mirror above the toilet is actually a concealed TV-set. 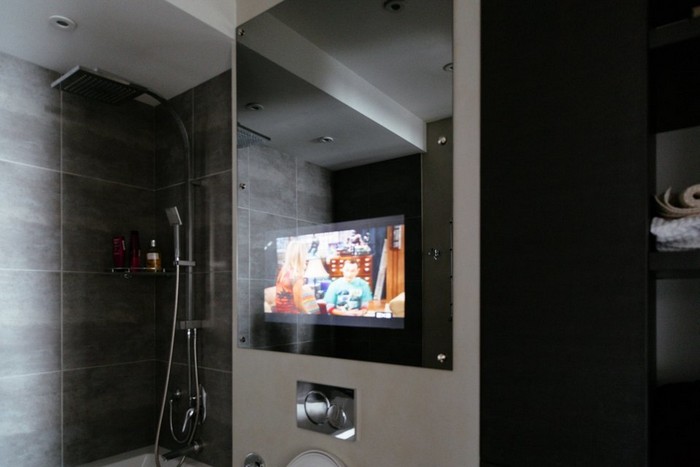 Brown walls of the bedroom are finished with textured plaster and walls behind and opposite the bed are coated with silver leaf. 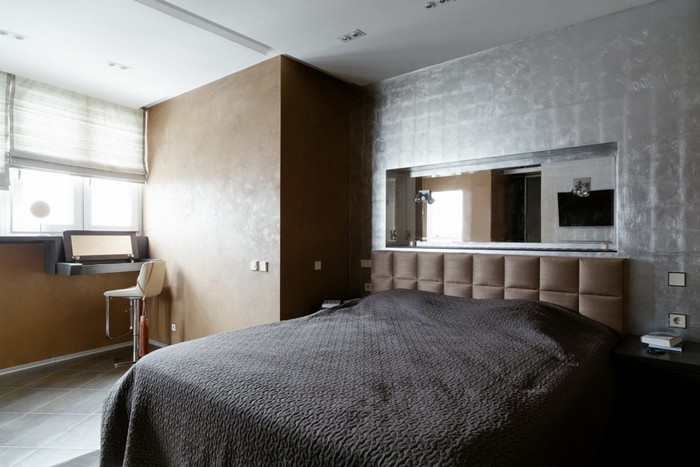 Behind the TV-set wall there is a spacious walk-in closet. 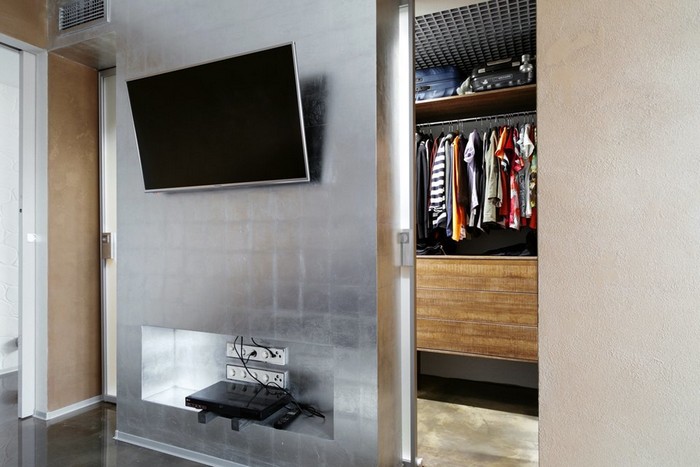 The dressing table is built into the window sill. 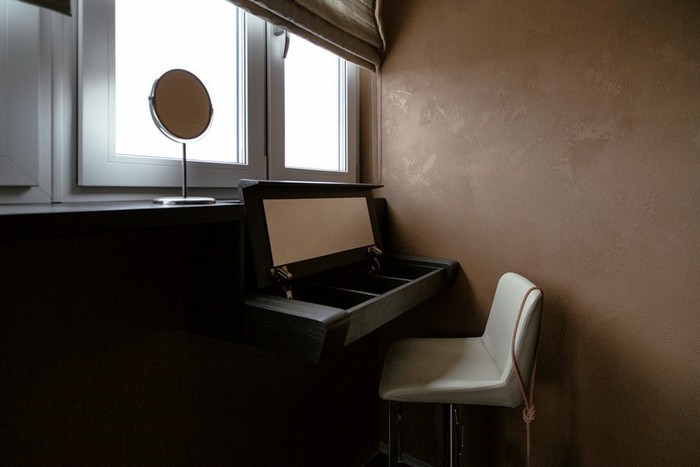 The headboard and blinds are wild silk. 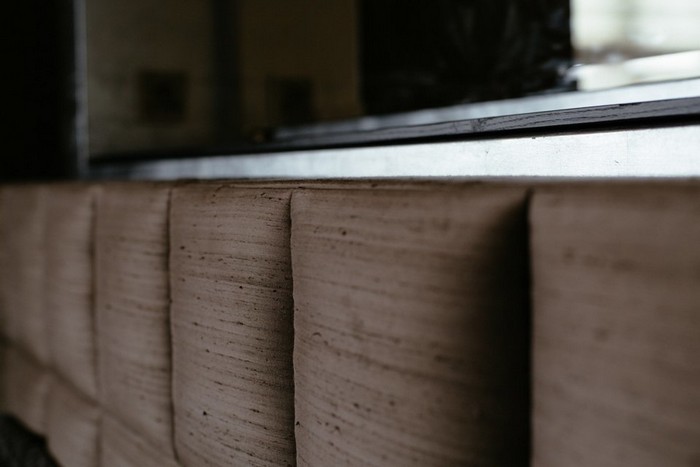