How to Turn an Open-Concept Apartment into a Family Home 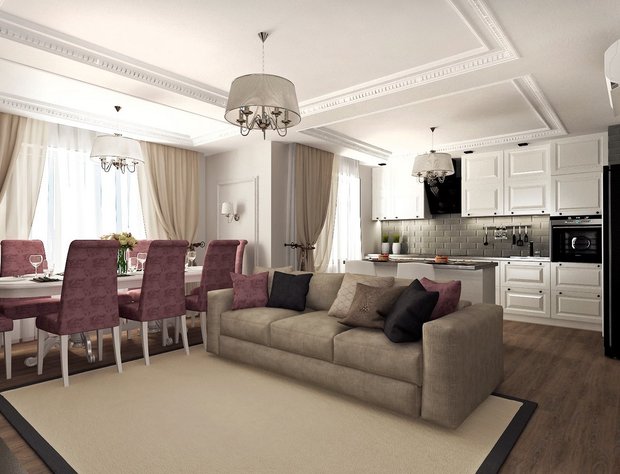 A big apartment is what many people are dreaming of. But if a small dwelling assumes just a few variants of space-zoning, a big open-concept one proposes so many that happy owners of big areas may get confused. Let’s take a look at one of the possible interior design projects for such a space.The owners are a family couple with two kids – a 4-year-old boy and a 6-month–old girl. Young parents’ wish list was pretty clear.

Firstly, they wanted to keep the open space feeling in the flat, while the bedroom and toddler room had to be isolated from the rest of the rooms and from each other.

Secondly, the interior had to combine the glamour of classical style and functionality of modern trends. Hence, sights were set on neo-classics.

Thirdly, there were a few wishes regarding the color scheme: the owners wanted it to be moderate, but not boring. In the end selected as predominant colors were several hues of beige and gray, which were diluted with the shades of pink, black and marsala. 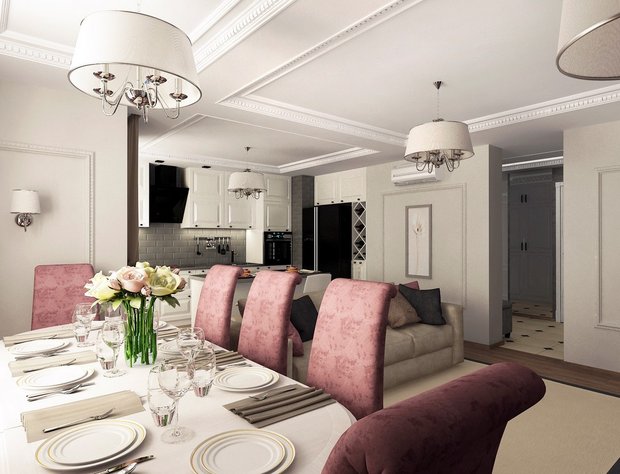 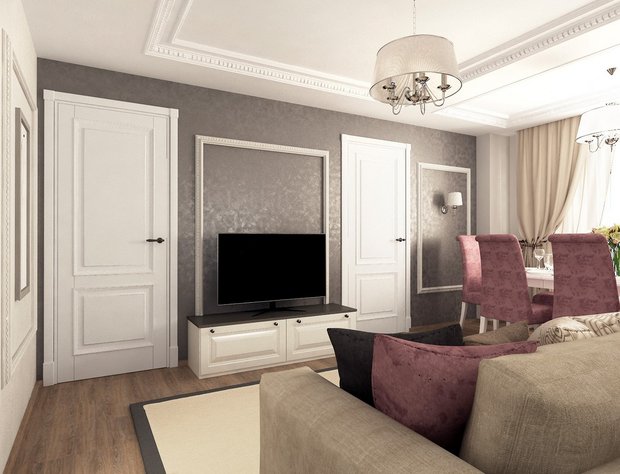 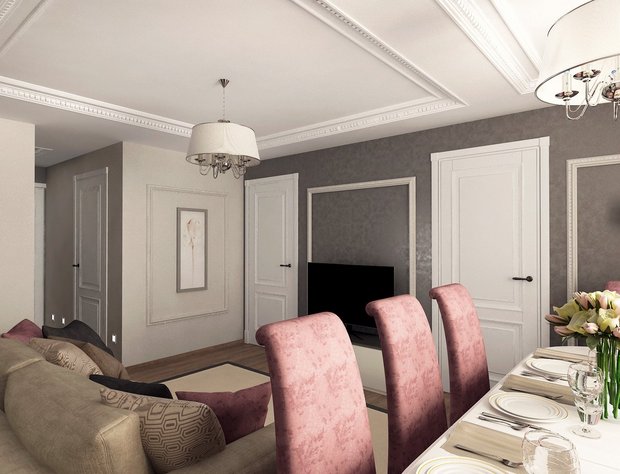 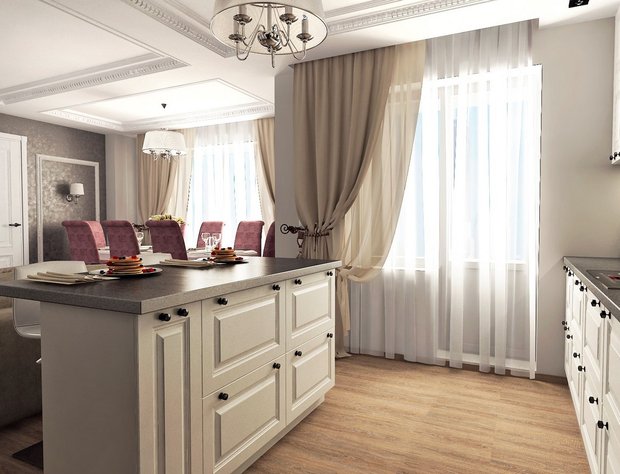 Fourthly, the living room had to include a big-size dining zone to seat up to 10 persons – the family are very positive and sociable and frequently invite relatives and friends.

Also, a small dining zone for “small snacks” had to be arranged in the kitchen. The designers suggested a kitchen island-bar, and it was accepted by the couple. 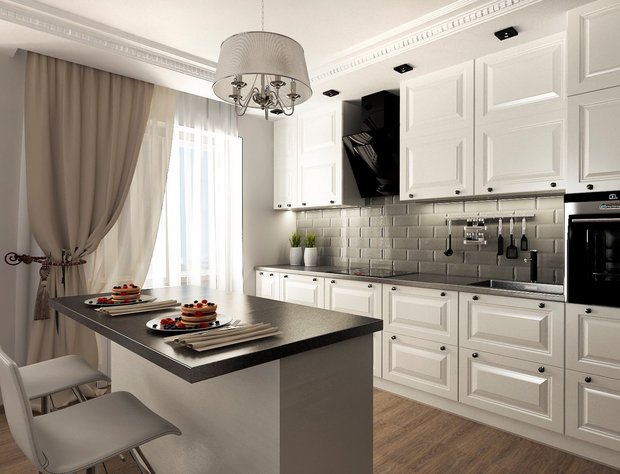 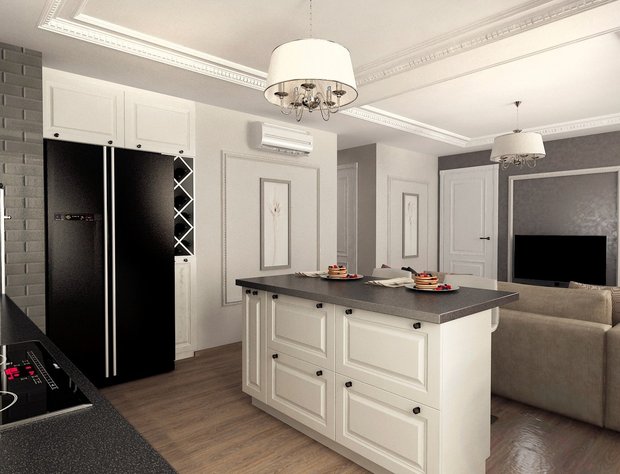 With small kids in mind, the hallway was equipped with motion sensors. Thus kids won’t have trouble going to the bathroom in the dark. 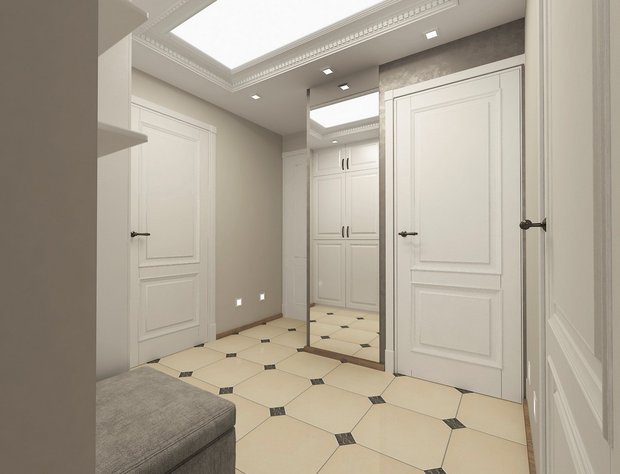 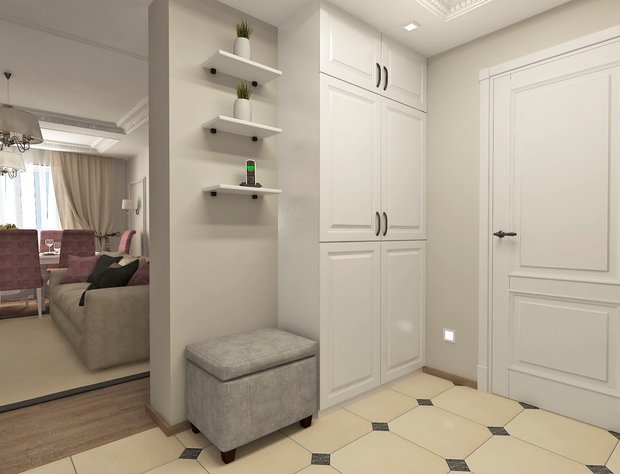 The family members spend all their time together, and the master bedroom serves for sleeping only. That’s why it’s relatively small and not cluttered with extra furniture or accessories. 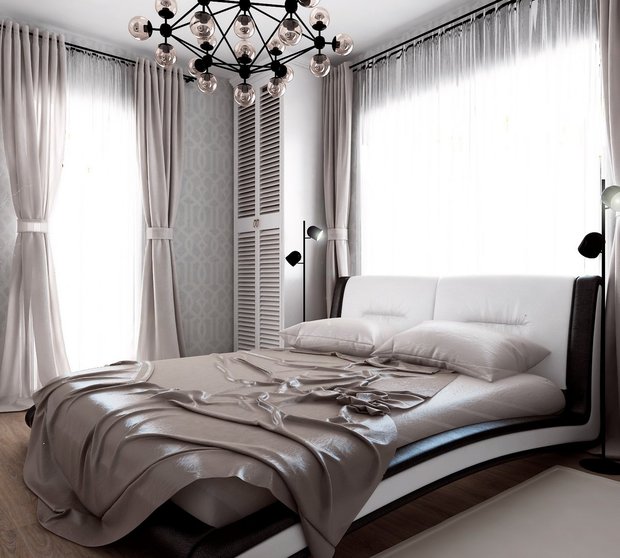 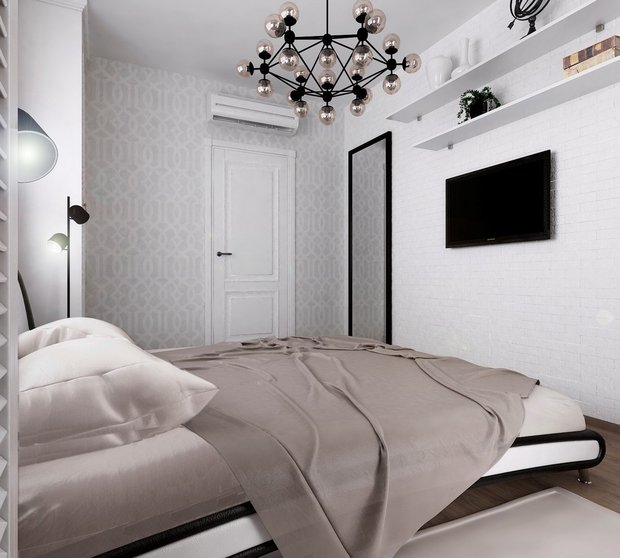 As the toddler room is shared by two kids, it was carefully divided into 3 zones: for sleeping, studying and playing. As the kids are of mixed sexes, the beds were separated with a book shelf. 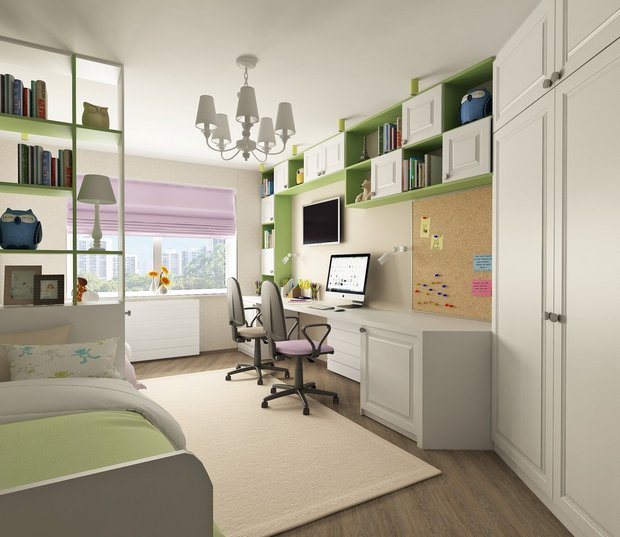 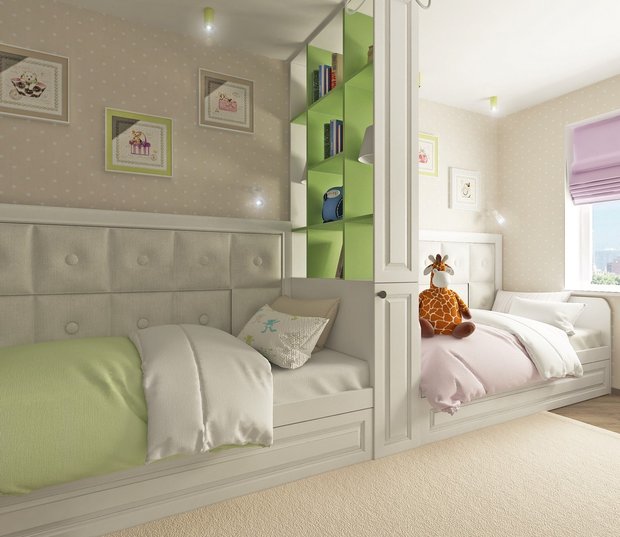 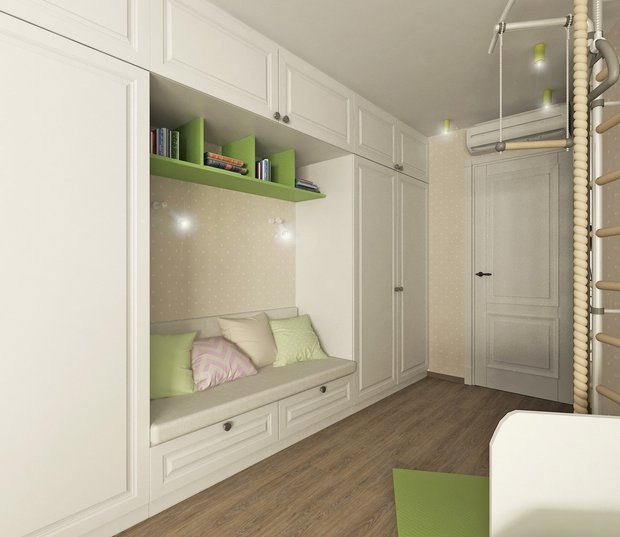 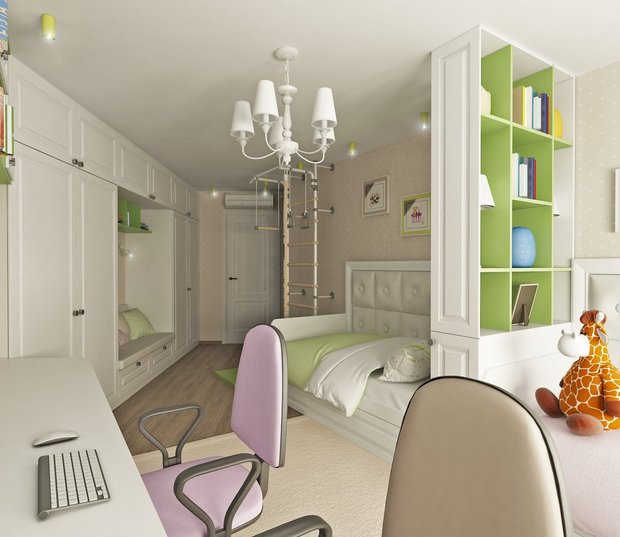 Balconies were designed as relaxing zones. 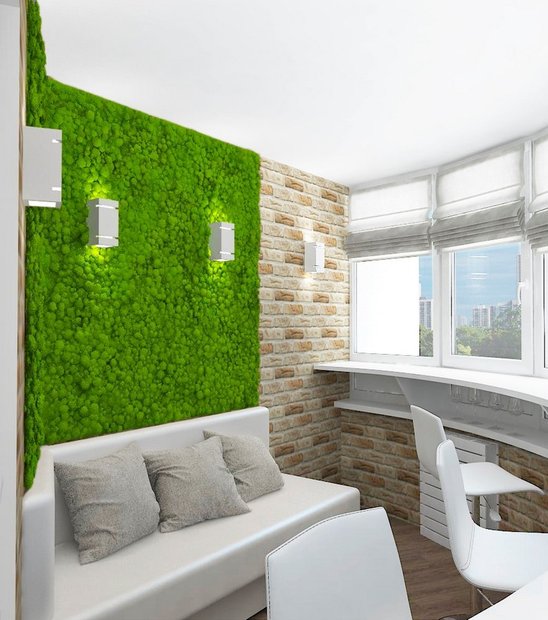 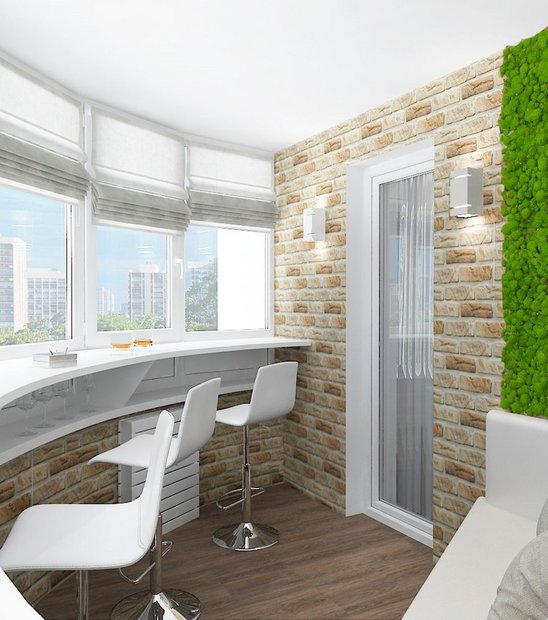 The smaller one is more functional, but may serve as a lounge area as well. 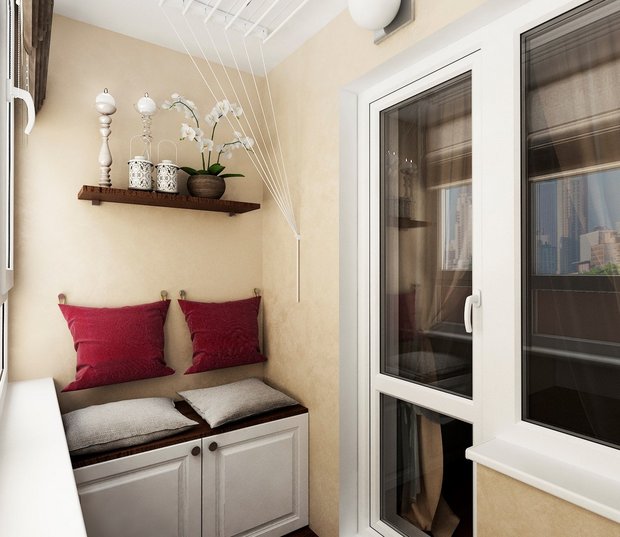 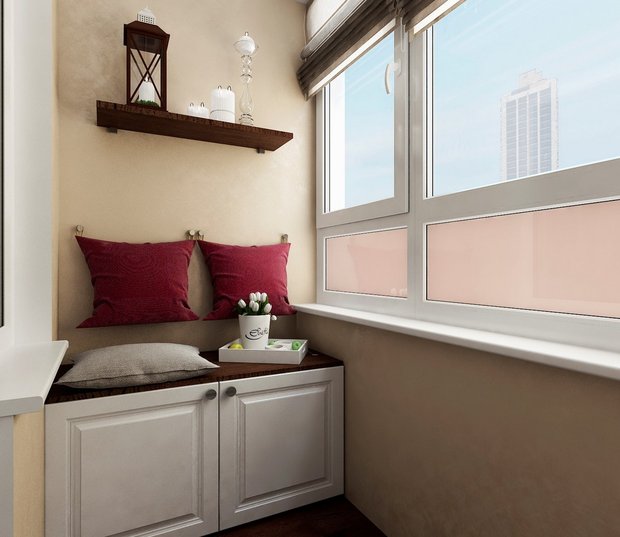 As for the bathrooms, they’re completely different and seem to be saying “I’m for ladies” and “I’m for gentlemen”. The wife’s bathroom is finished with big-size faux marble tiles. Pastel color palette is completed with several golden accessories, and a crystal chandelier adds even more luxury and chic to the interior. 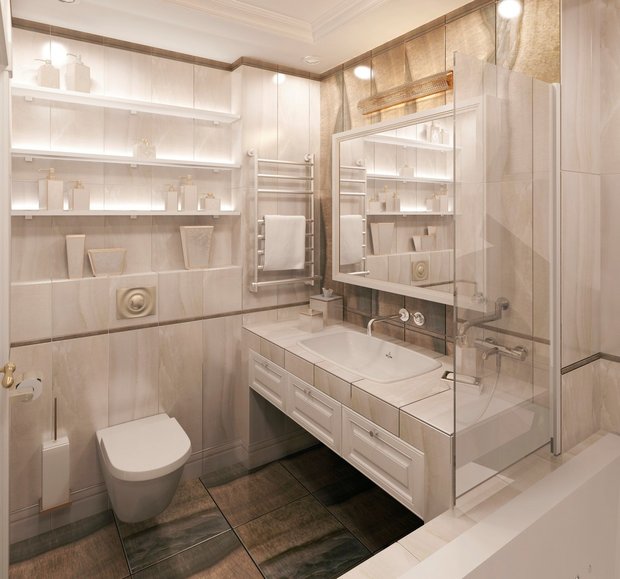 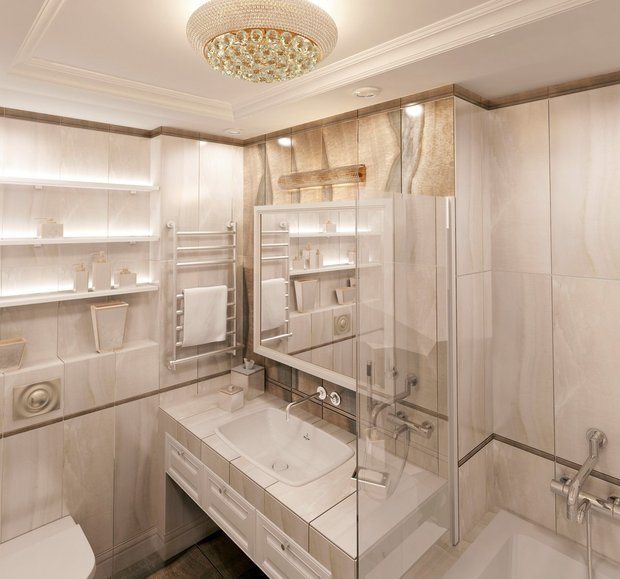 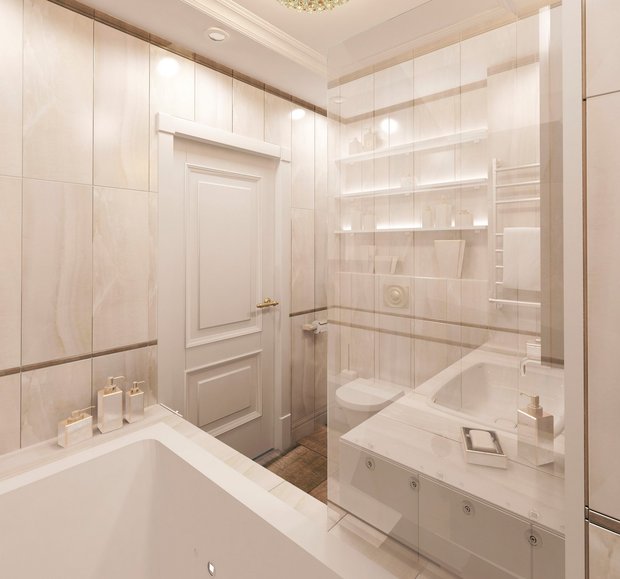 The other bathroom is on the contrary very brutal and laconic. It’s floor and walls are faced with dark gray ceramic granite and a multi-color wall in the shower cabin makes it not so loft-style and more integral. 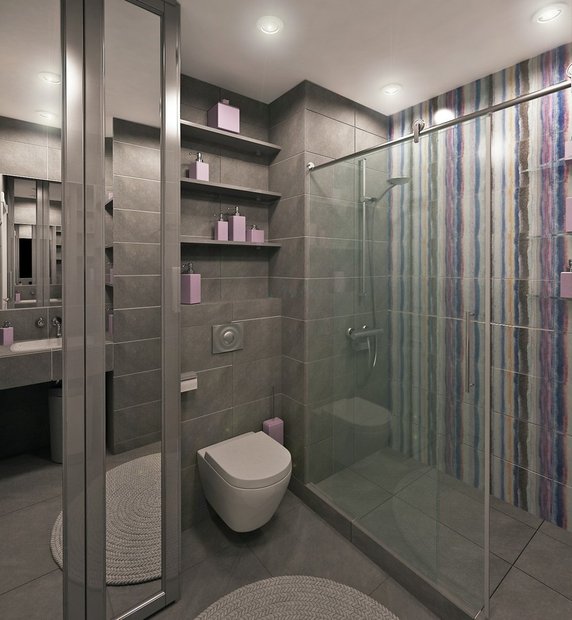 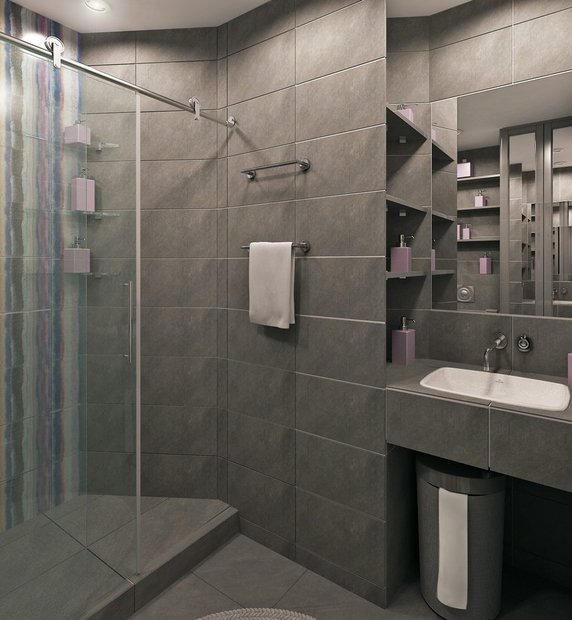