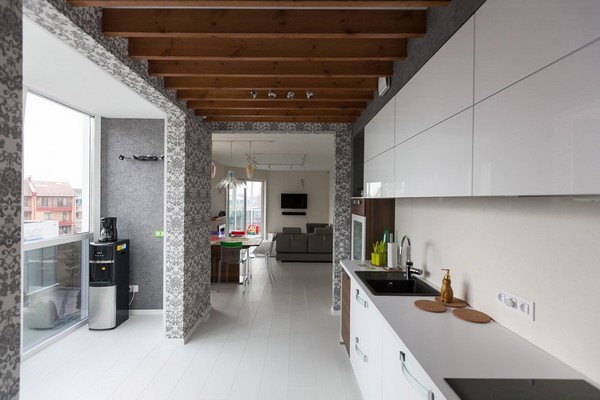 Nowadays many people strive for minimalism and neutrality in their apartment design. That is why Scandinavian motives become increasingly popular every year. Today’s apartment interior is designed in this very style: it has plenty of open space, neutral color range – mostly white, gray and brown hues, no extra furniture or décor. The owners had a clear idea of what their home must be and how this must be arranged.

The initial layout was pretty satisfying. The only thing that was lacking was the place for the husband’s drums – in the end it was arranged on the balcony. 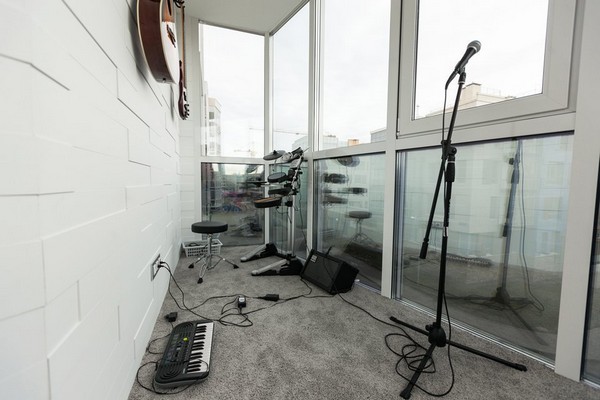 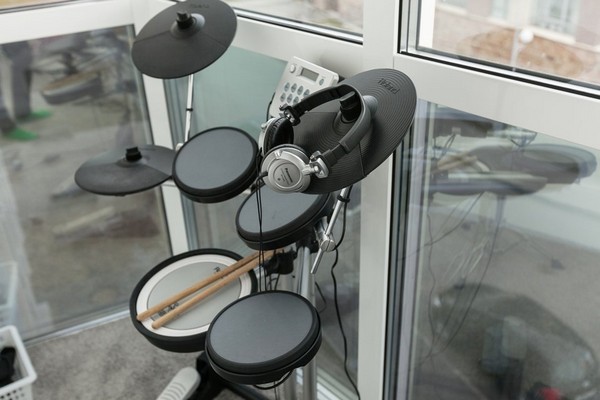 The fireplace zone is located very conveniently – this way it can be watched from any spot in the living room. At first the hosts wanted a bar table, but they were so willing to preserve the open-space feeling that afterwards decided to abandon this idea. A massive wooden table was softened by light transparent chairs, which also serve as a bright splash in the monochrome interior. 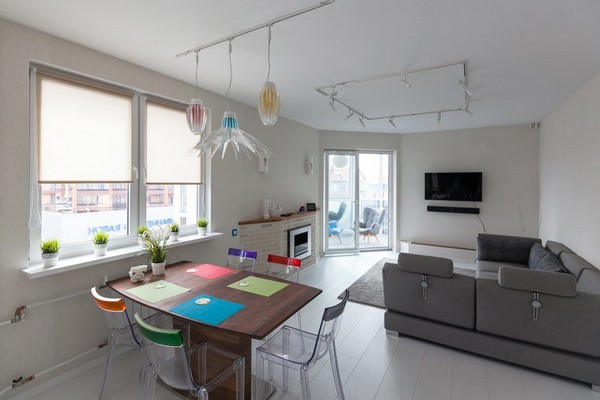 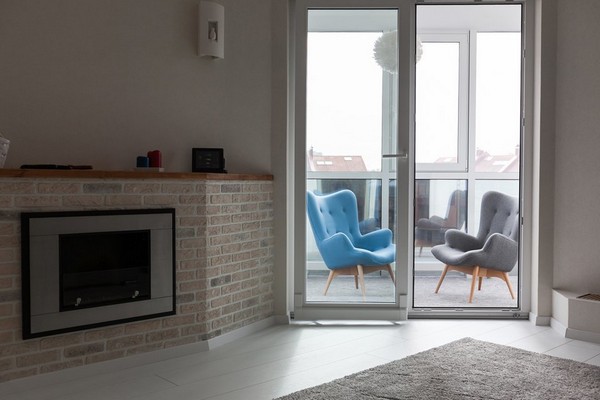 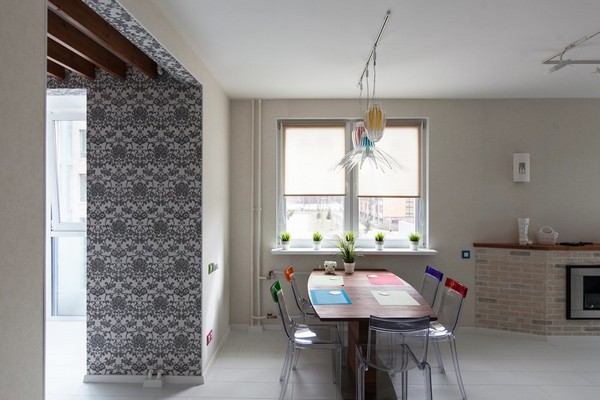 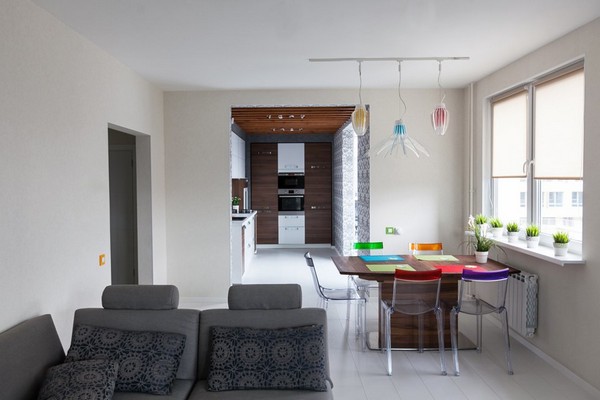 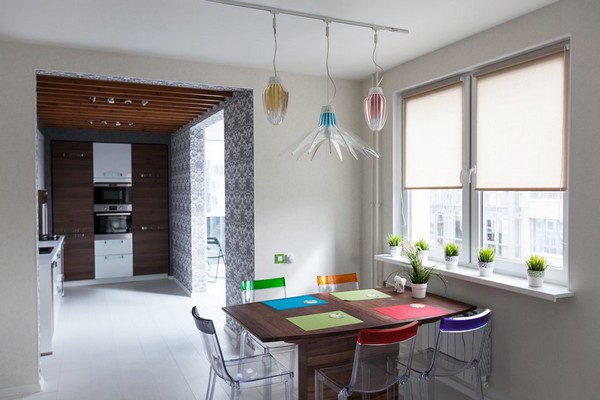 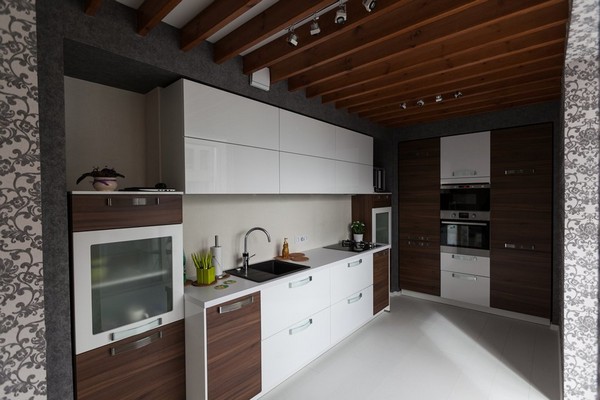 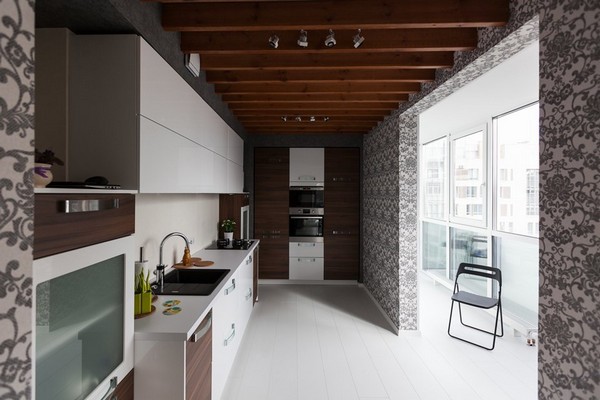 In the bedroom the headboard zone is decorated with carpeting, which adds the sense of warmth and coziness. 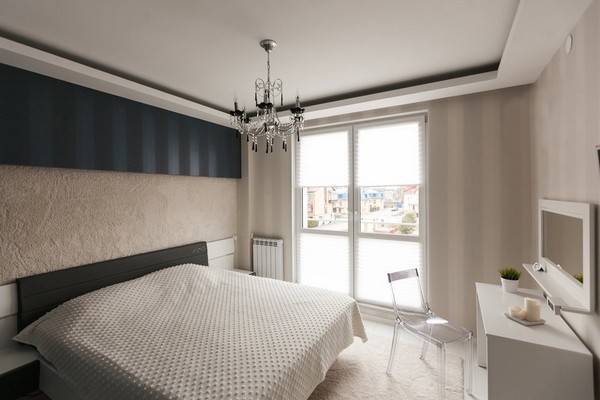 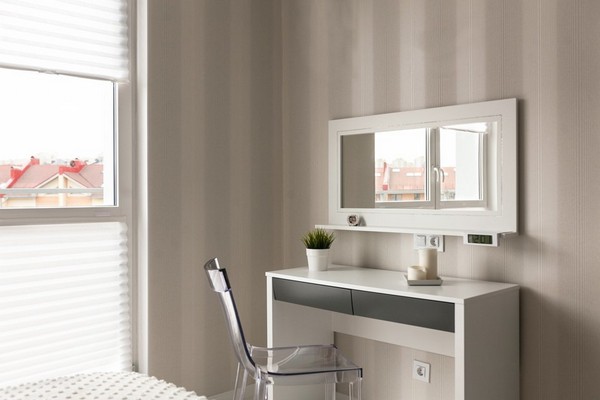 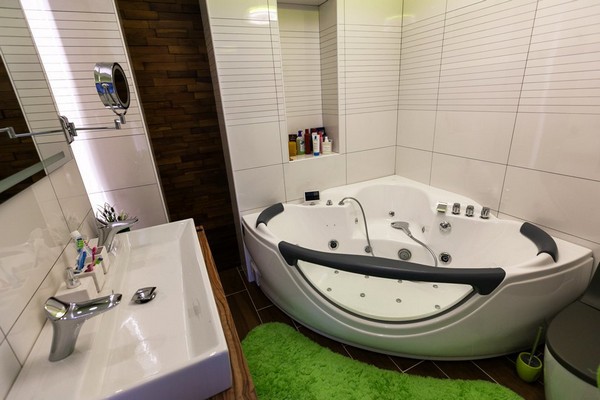 White flooring appeared to be quite impractical in real life – any mud is seen on it and permanent care about it has become a part of this family’s daily life. But they still like the sense of lightness it creates in their home. 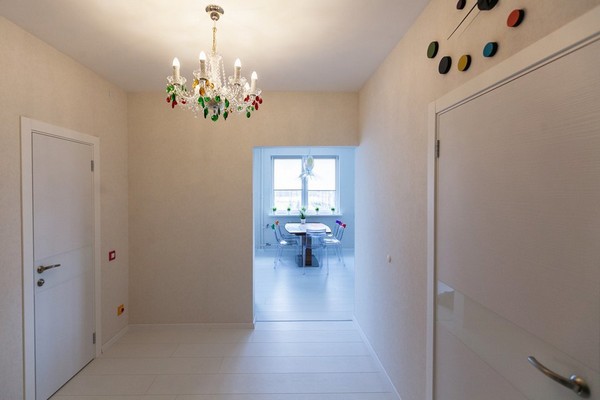 The toddler room hosts two kids: a four-year-old Paulina and her two-year-old brother Michael. It was decided to arrange the playing zone by the window, while sleeping places were shifted farther from the light. The parents spent loads of time picking the right wallpaper, and in the end ordered a wall painting from a professional artist. 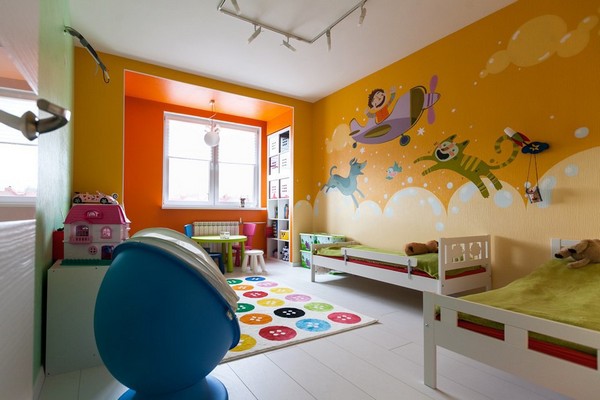 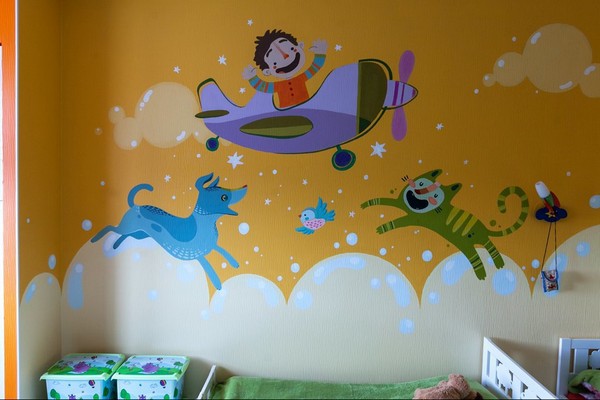