A typical log house of brownish yellow color in the suburbs was in urgent need of refreshment: it was so dull and standard that the hosts got tired of its “countryside look”. For this reason they hired a couple of architects and interior designers. The house got in their safe hands and the final interior appeared to be so stylish that the masters wouldn’t believe it was possible. Let’s take a closer look! 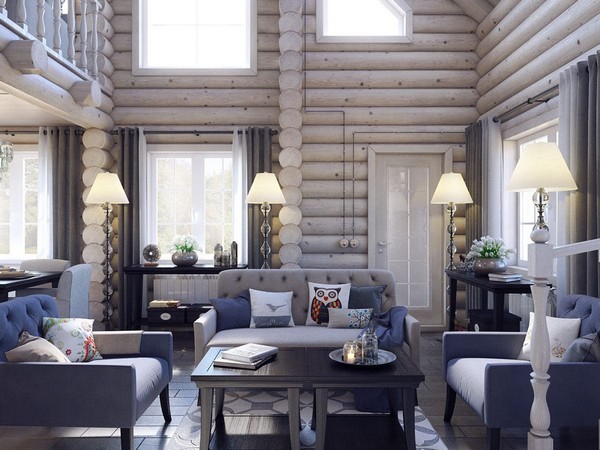 The initial layout remained practically unchanged: the only alteration was a newly-built partition under the staircase, which separated the cellar entry. In the rest of the rooms functionality and visual zoning of the space were obtained by means of well-considered furniture arrangement.

The first step towards removing the rustic spirit of the house was repainting of the walls. Thanks to new light gray hue the visual perception of the interior has changed completely: it got new restrained European-style look and the light was finally let into all nooks of the rooms. 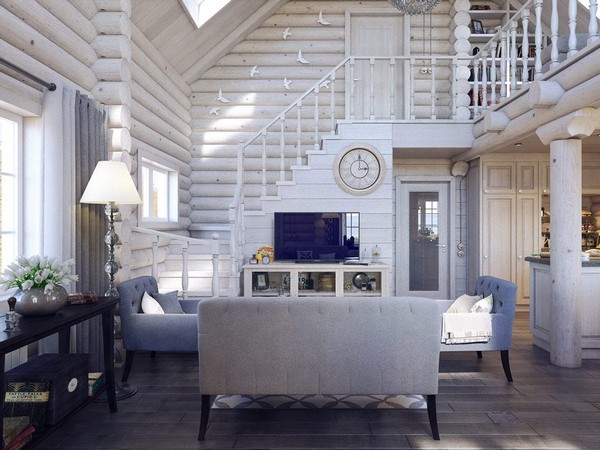 Against the background of solid and powerful wooden walls, softened by new color, the decorators arranged contemporary laconic furniture with unobtrusive urban look by such brands as West Elm, PottaryBarn and Willians Sonoma. Discreet luxury and elegancy is added by sophisticated lamps and chandeliers with glass and crystal details. Bluish gray shades of furnishing and ceiling spice up the color of walls, and open wiring coupled with retro switches and sockets perfectly blends with the style of the space. 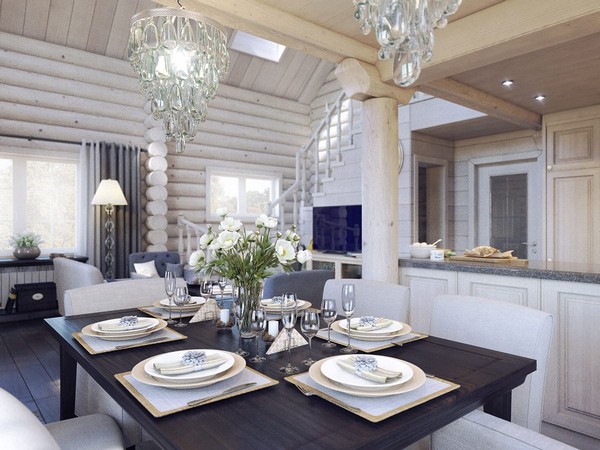 The first floor of the house is occupied by the following rooms: an entry, open-concept living and dining room and kitchen, a bathroom, a shower room, and a sauna. 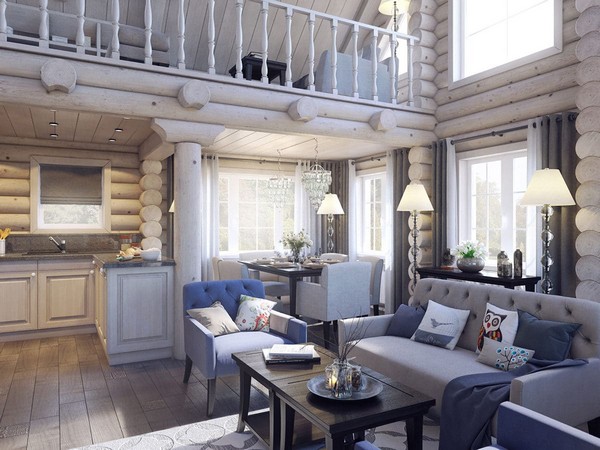 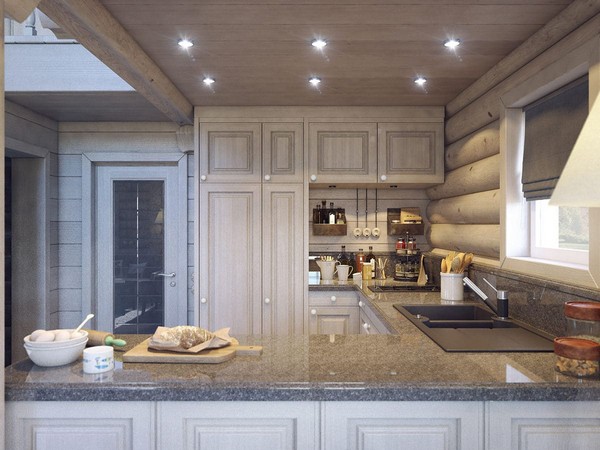 In the three last-mentioned rooms the flooring is finished with faux wood ceramic tiles, which not only preserves the general “cottage” feel of the interior, but also softens the sterile look of white tiled walls. 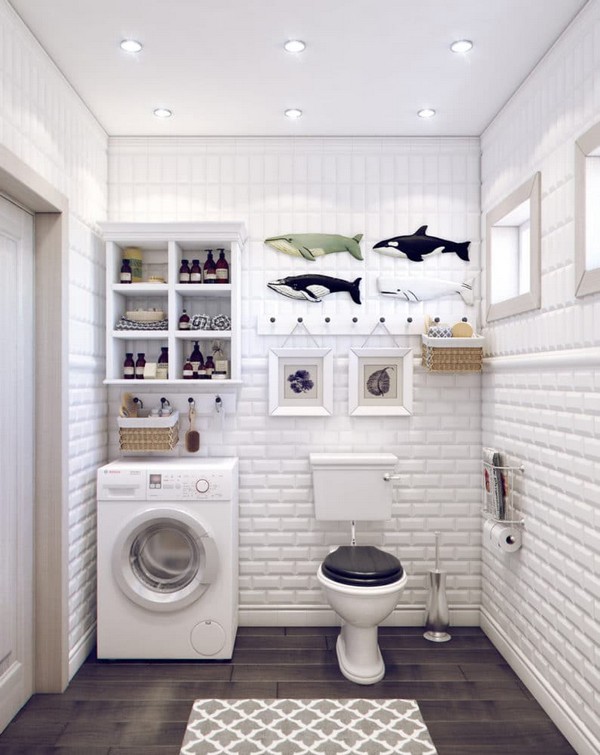 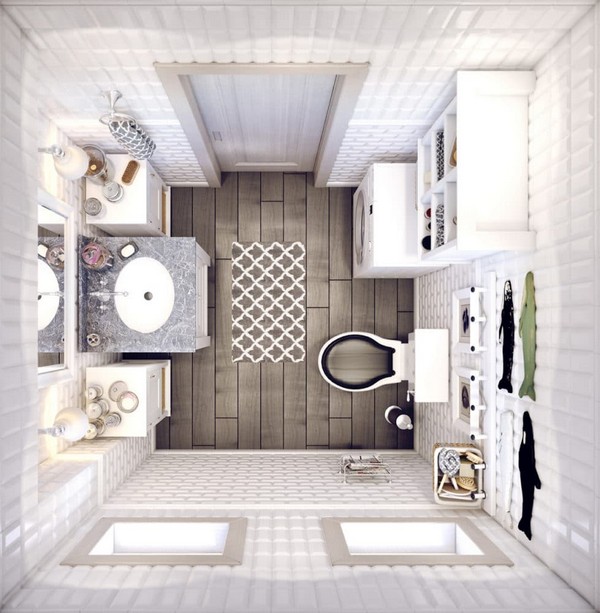 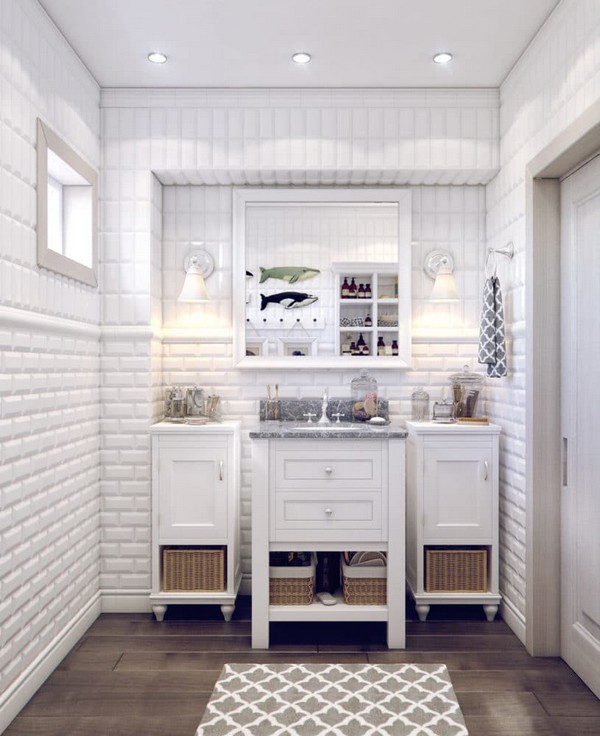 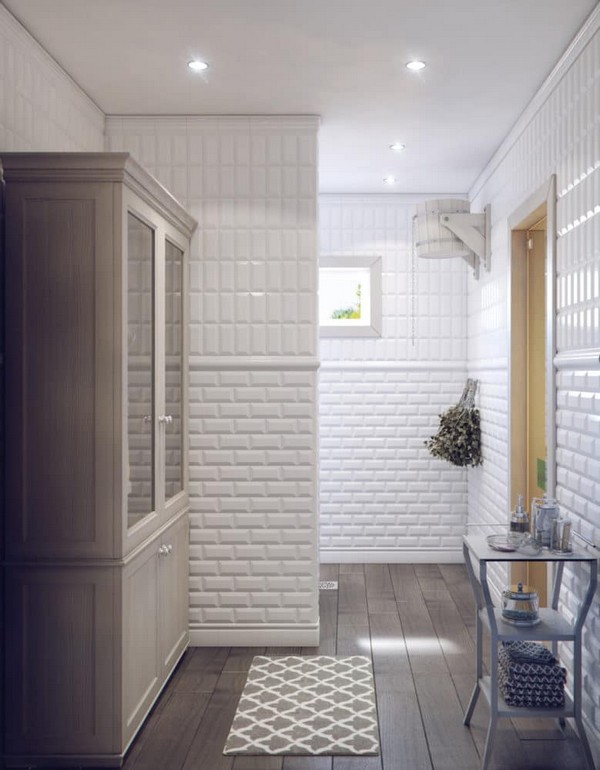 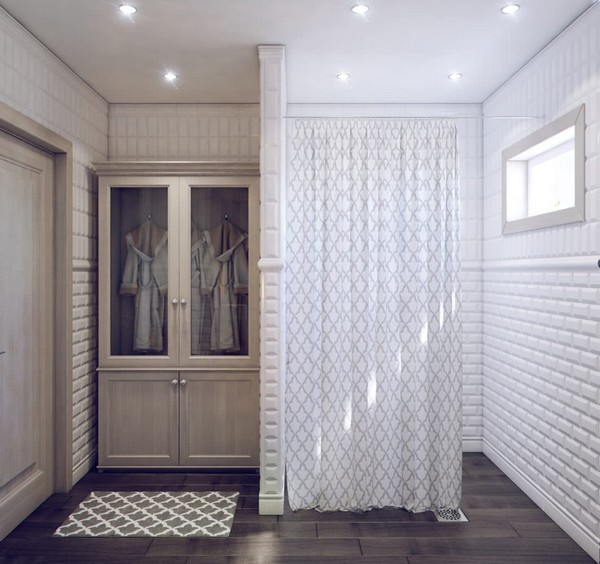 The second floor is open to below, which proved to be a very attractive and cozy feature of the house. The staircase brings you to the private zone with a home library and a work room. The latter can also be transformed into a home cinema thanks to a projector screen. The spirit of the interior is so sub-urban that familiar modern appliances, such as TV-set, computer and projector, get a new, somewhat even futuristic look. 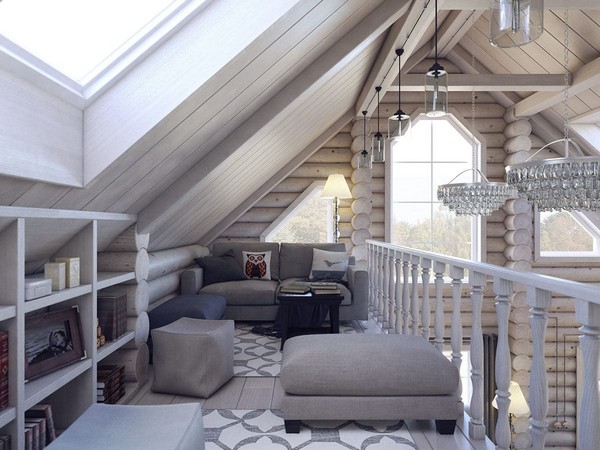 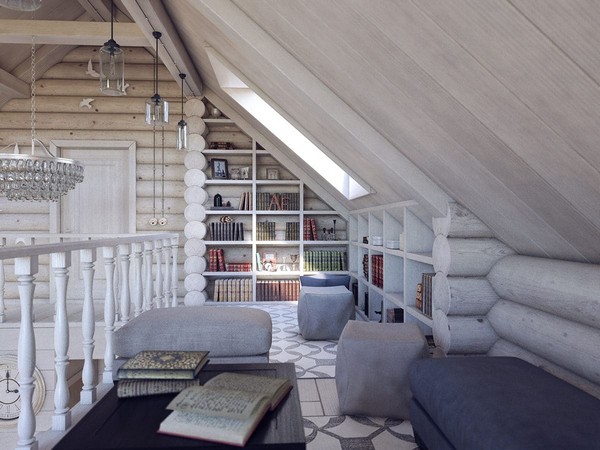 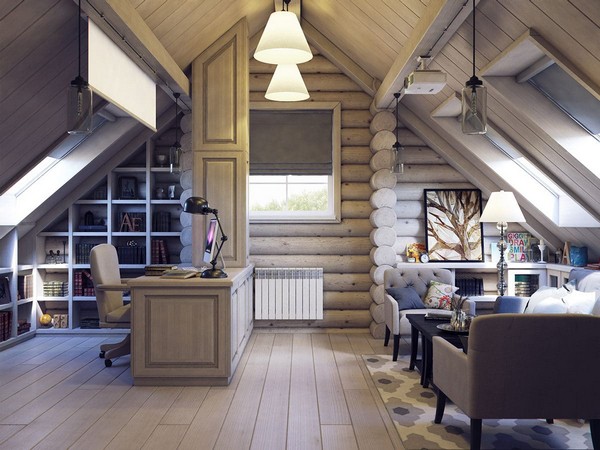 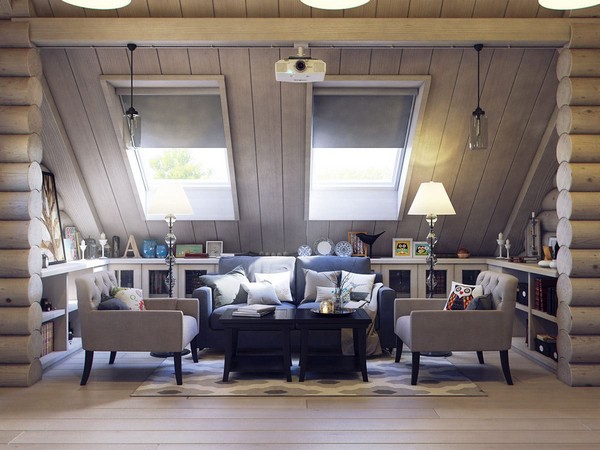 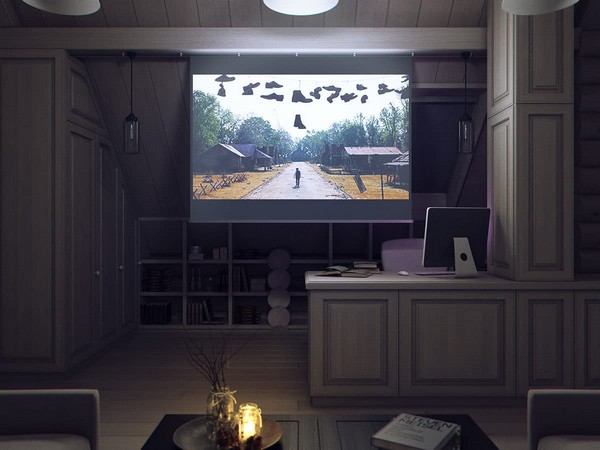 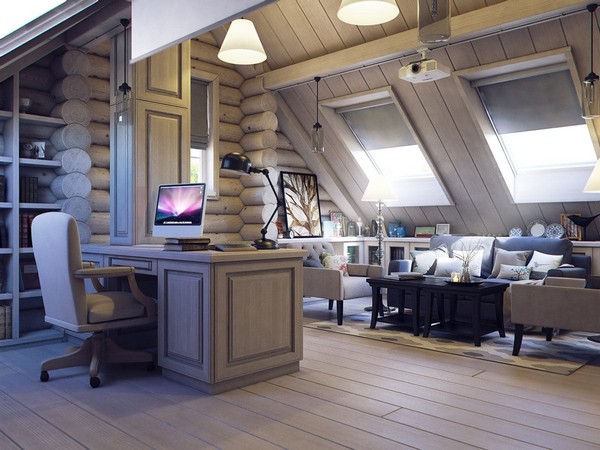