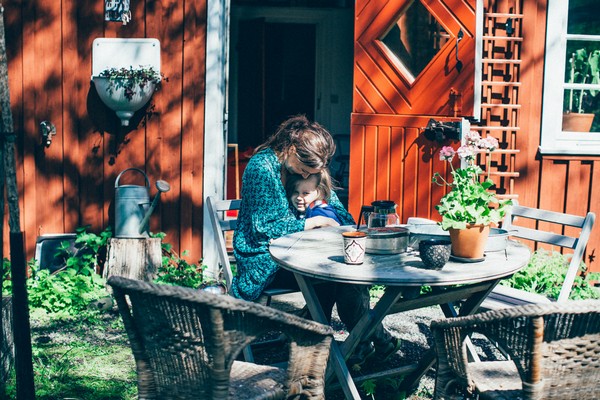 Today we will focus on the interior that can be deemed exemplary for those who tend to rustic interiors, rural lifestyle and rest in the countryside. Summer houses of Swedish artists are something to admire. And though the mistress of the house is not a professional artist, she loves painting in her free time. In this two-floor house she spends summers with her beloved husband and a three-year-old daughter, and a dog. 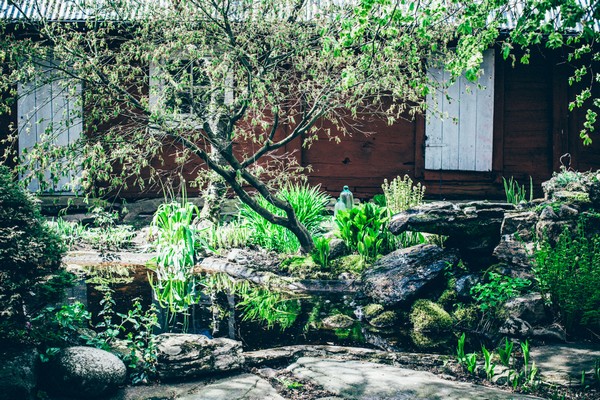 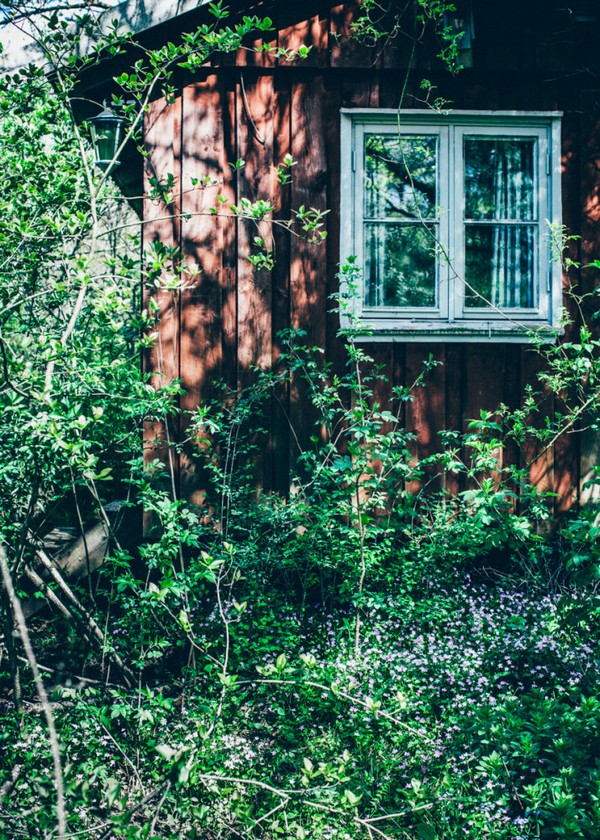 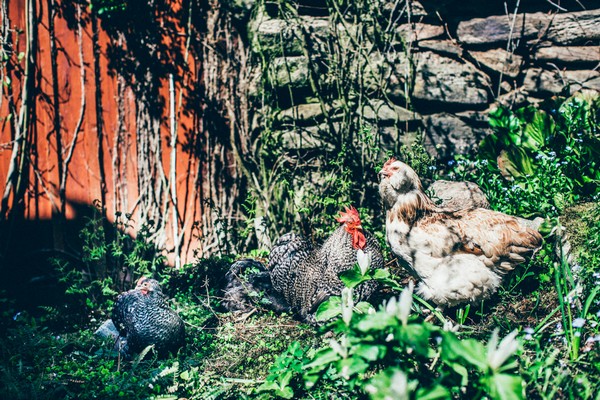 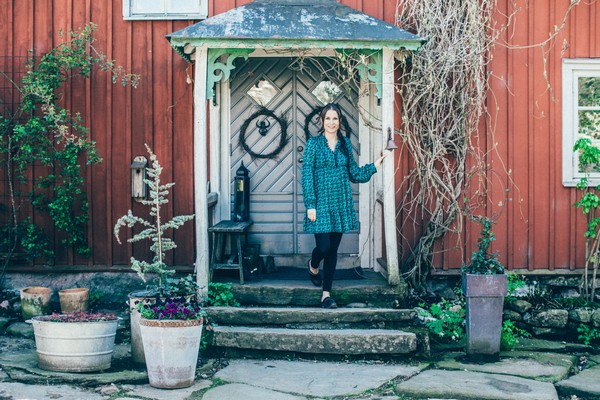 The most interesting thing about this house is that you can hardly find something new here. And if you do, this thing would look so aged, that you’ll never guess that it was manufactured a few months ago. The masters did their best to keep the spirit of the house, and the only renovated surface is the flooring. 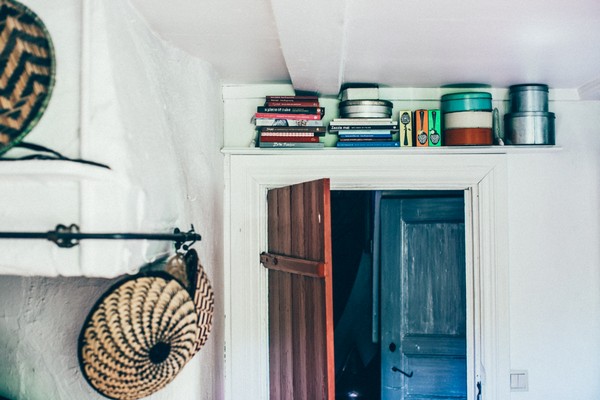 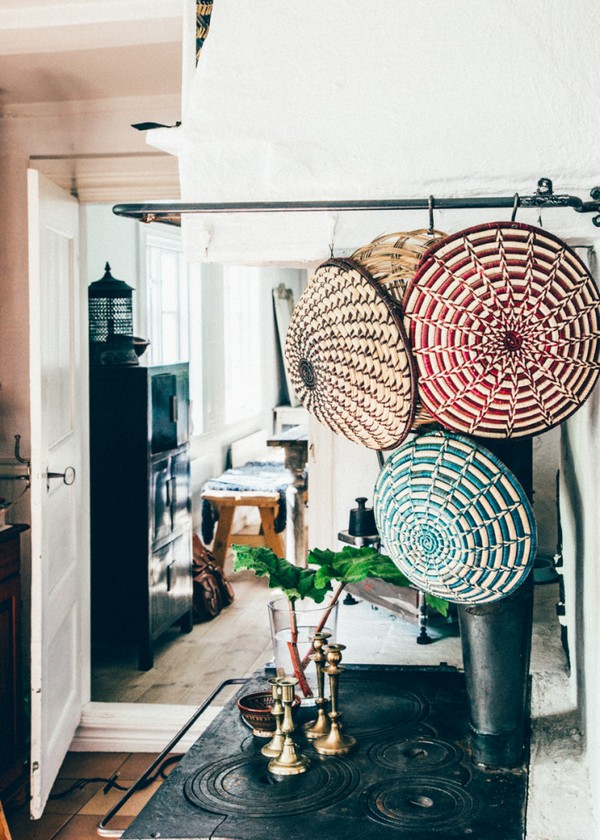 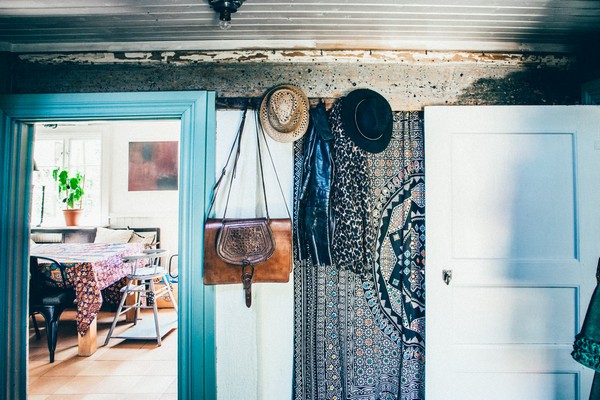 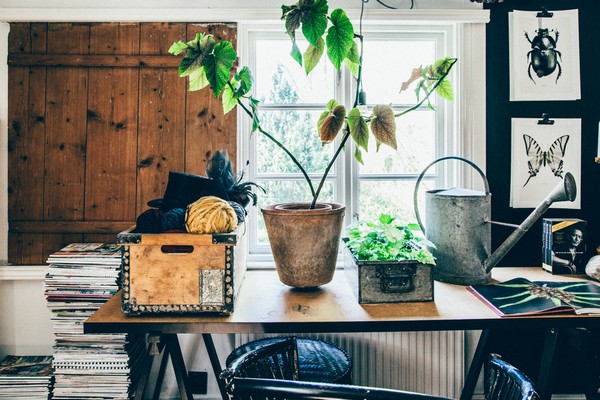 This is Sweden and curtains and blinds would be a complete nonsense. This house is no exception, but it does have curtain rods that the masters use for arranging versatile items of décor. 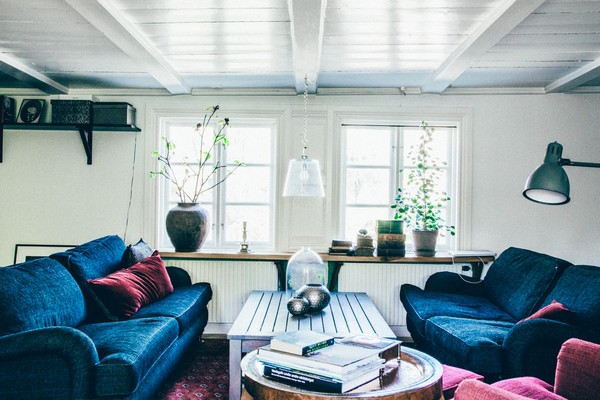 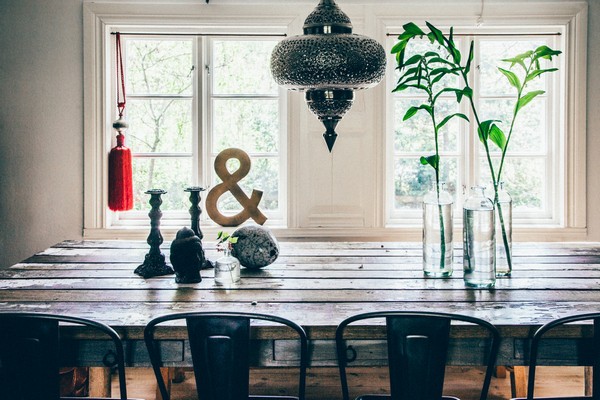 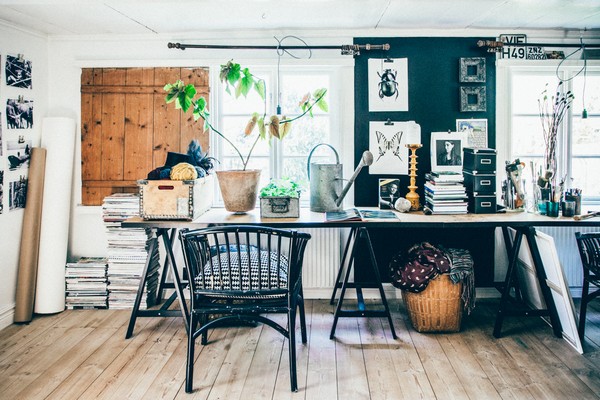 Regarding décor, it’s pretty plain and, so to speak, “cultured”: books, photographs and paintings are present in every room. In some places they’re accompanied by boho-style clothes and musical instruments. 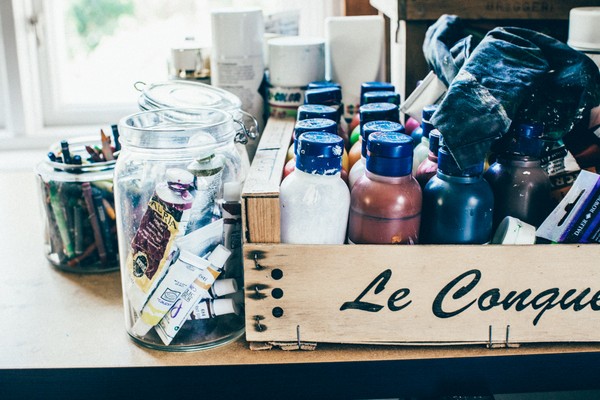 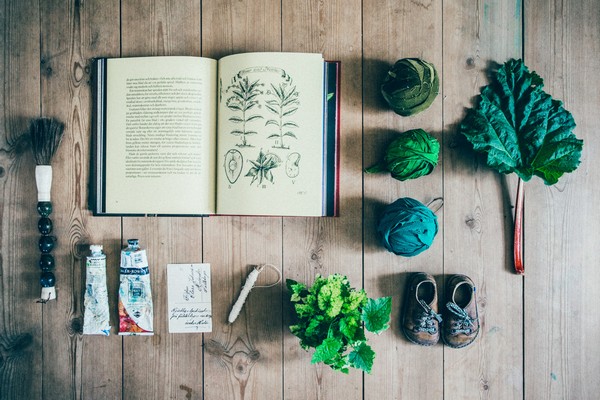 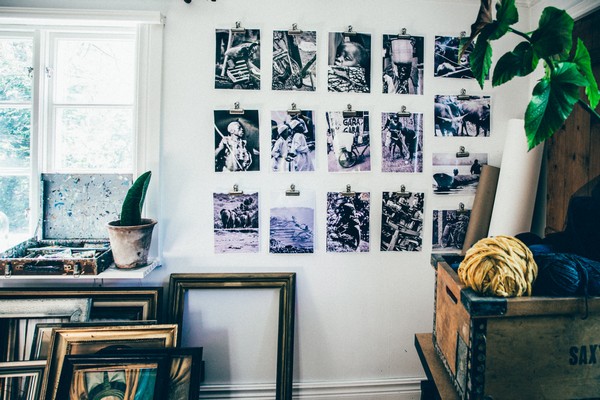 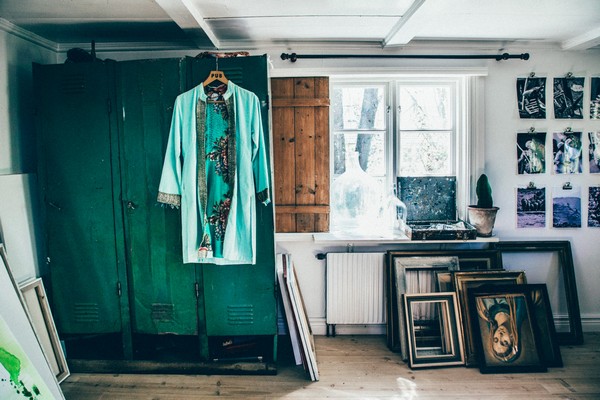 The brightest spot is the staircase: a saturated blue wall, green doors and wallpaper with floral ornament give a dashing contrast to the general white background. 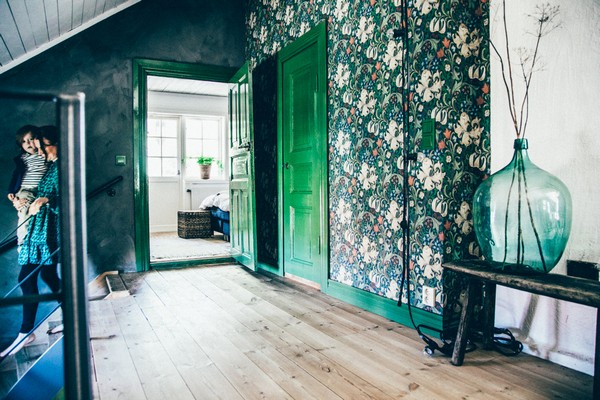 The bedroom with a balcony exit is finished in traditional Scandinavian color scheme that creates a soothing and relaxing atmosphere, especially when coupled with plenty of sunlight. As a subsidiary dominating color selected was black – it’s present in details and meant to emphasize the general mood. 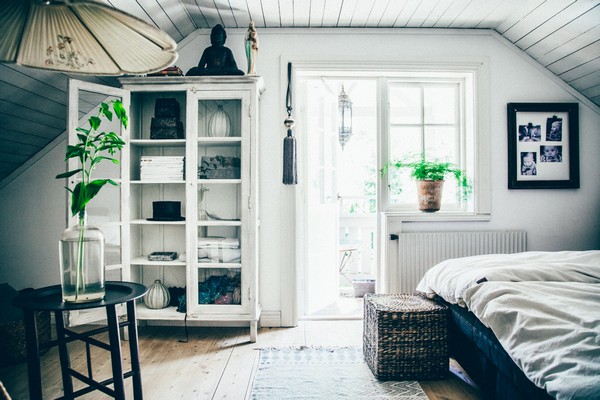 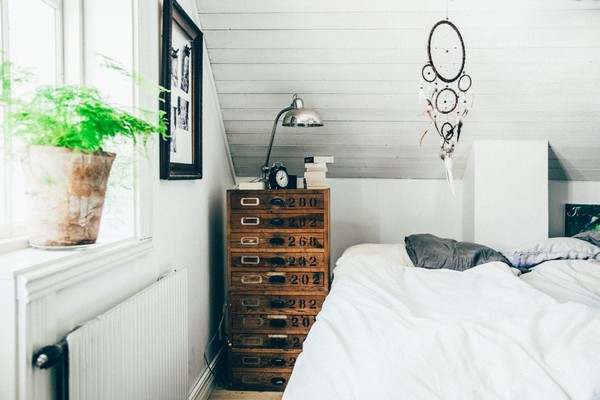 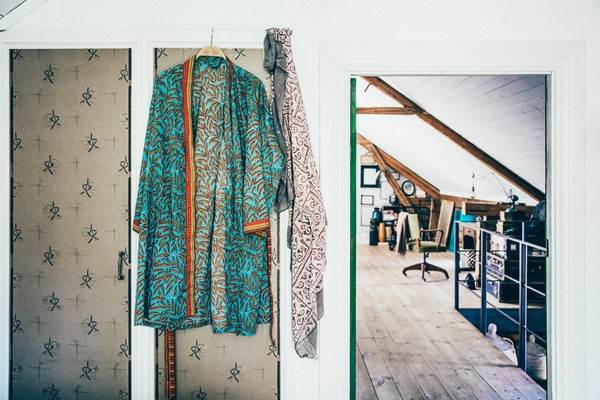 The toddler room goes in line with the rest of the house and is also filled with retro stuff, country-style textile and just a couple of new things. Such as a wigwam and two ottomans that perfectly fit into the atmosphere of bohemian chic. 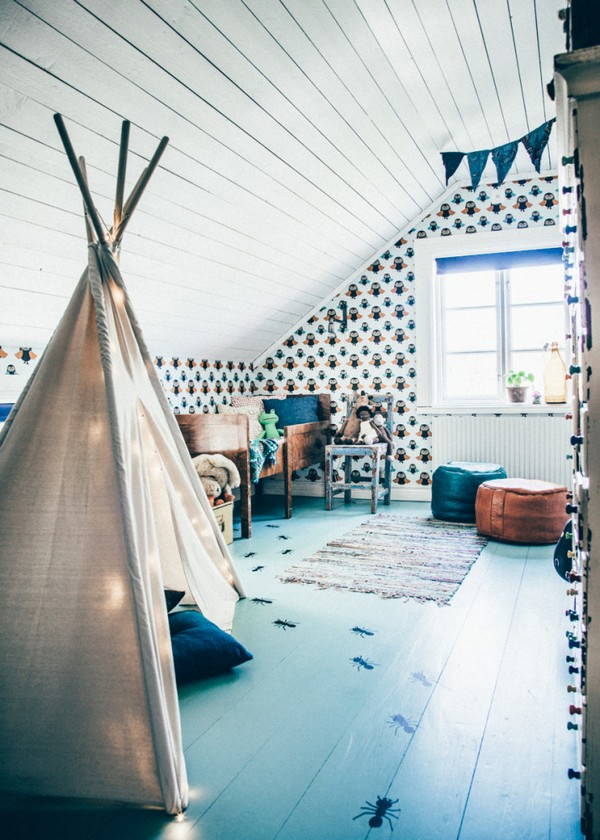 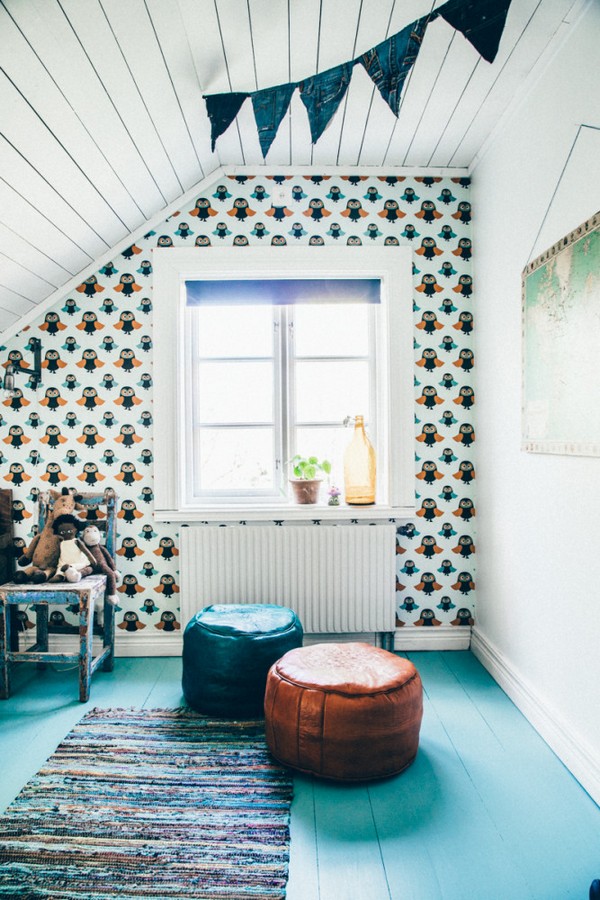 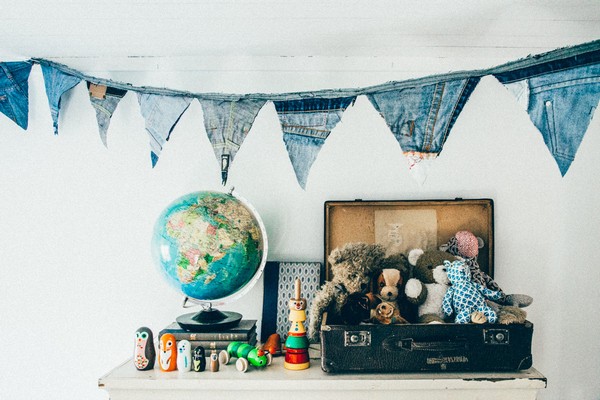 The words “organic” and “holistic” are just what you need to describe the interior in general. Though being obviously cluttered with stuff, it doesn’t feature any out-of-style or controversial details. A professional interior designer would probably say such a harmony is obtained in the first turn thanks to natural color scheme – hues of wood, ground, grass, snow and sky – the most trivial and familiar things from our daily lives. 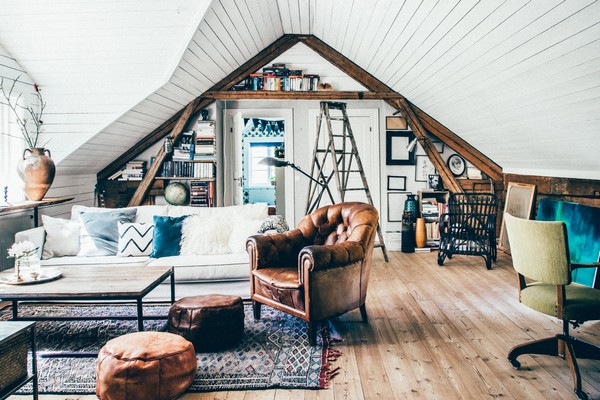 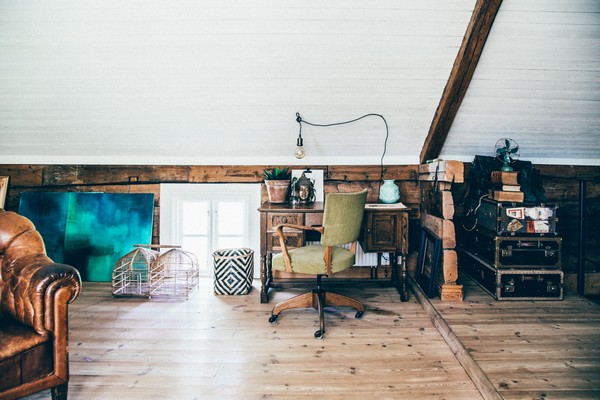 And the details also matter. Clay pots, vases, jugs, baskets, bird cages, hand-crafted rugs, sea shells, suitcases, chests and, of course, numerous books seem to be telling the story of the family to the guests. And it doesn’t quite matter that it’s somewhat too much, if you can’t tear yourself away from another vase. 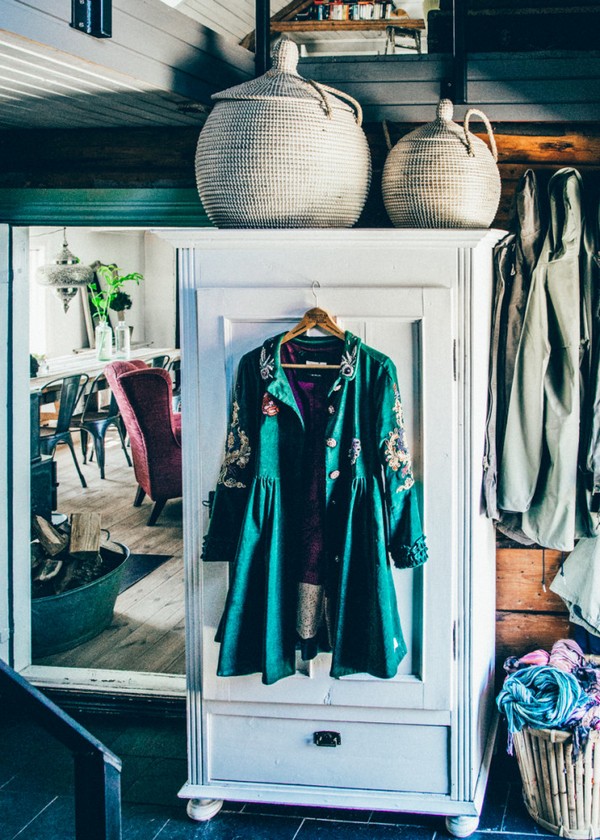 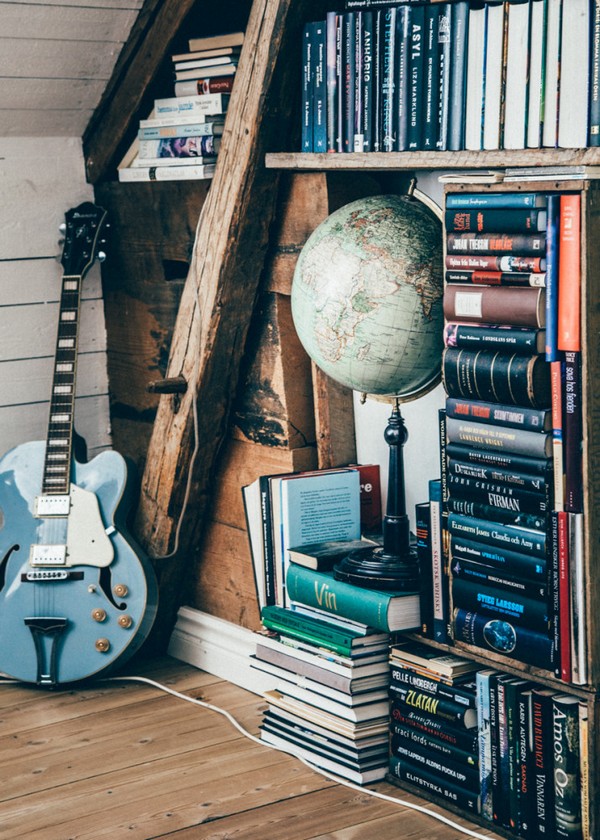 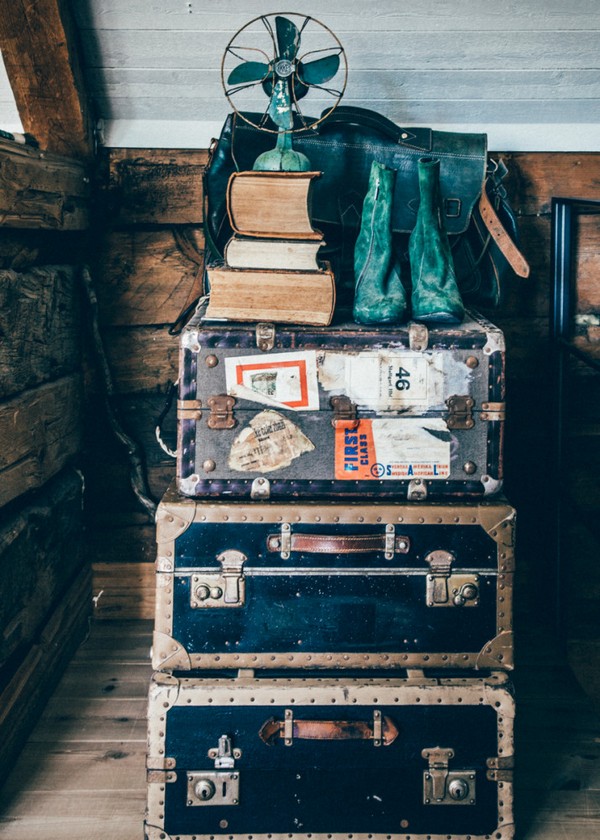