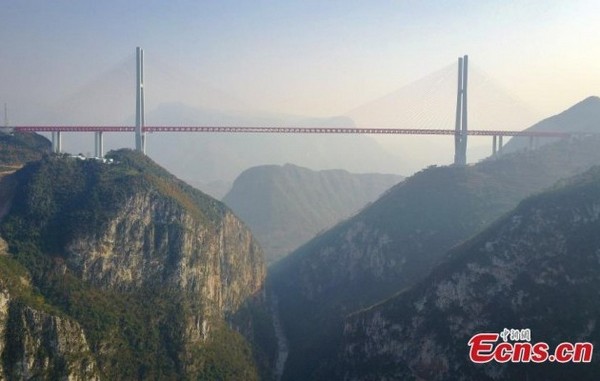 A new world’s highest bridge has recently opened for traffic in China. This country has added one more object to its list of world records. Can you imagine that 16 of 20 world’s highest bridges are located in China? By the height of the bridge the world means its deck height – the maximum vertical drop distance from the bridge deck (in this case it’s the road) down to the surface beneath the bridge (water or ground). 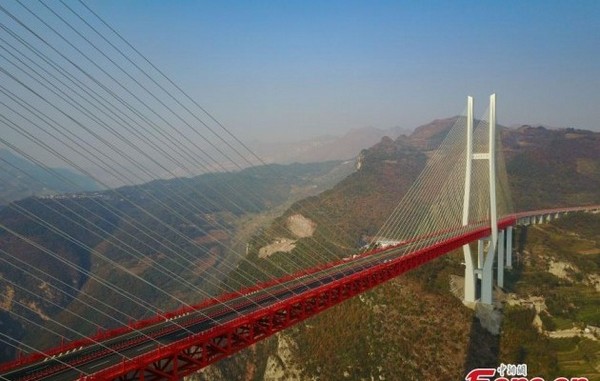 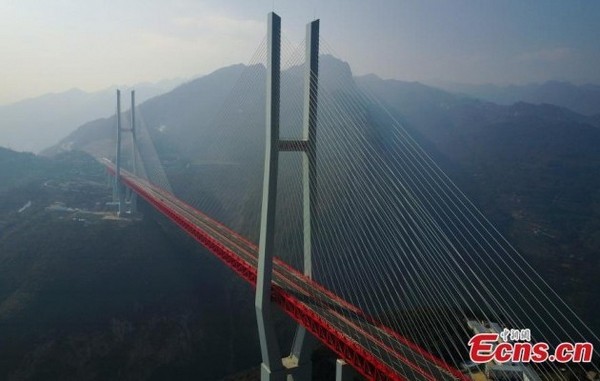 The Beipanjiang Duge Bridge is 565 meters high, which is equal to the height of a 200-storey skyscraper. It was built to facilitate the circulation of vehicles in remote mountain regions of the big country, and in particular to connect the important cities of two provinces – Yunnan and Guizhou. In fact the bridge is a part of a new 64-km-long highway, that was established to eliminate the problem of constant traffic jams appearing on narrow steep serpentine mountain roads. Thanks to it, people will save about 4 hours to make a journey from one province to the other. 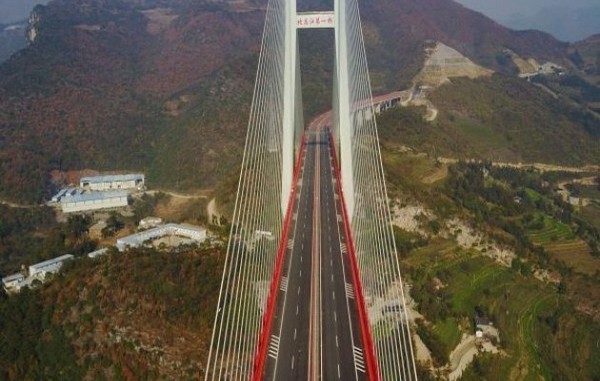 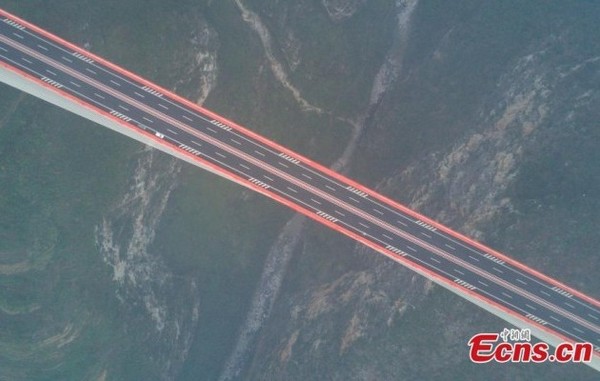 It took three years to build this enormous construction with the length of 1341 meters. And finally two halves of the bridge were connected. According to the constructors, maximum error of the joining is about 5 mm. The bridge has a standard two-way traffic with four lanes.

China is stated to have spent about 150 million dollars to construct this record object. 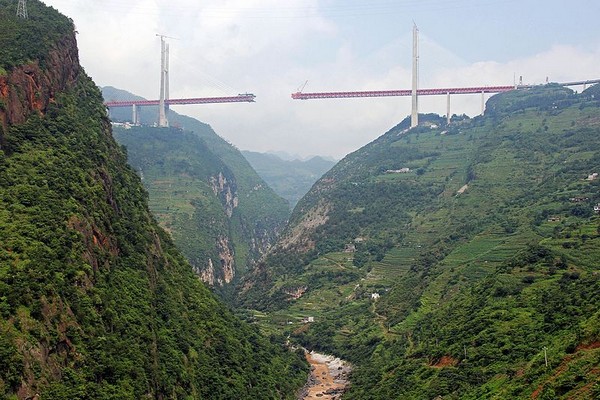