We’re continuing our journey around a seaside apartment inspired by the idea of a summer garden. How is it reflected in the lounge and bedroom interior design? What is the spice of the balcony and what does the bathroom interior look like? Let’s see! 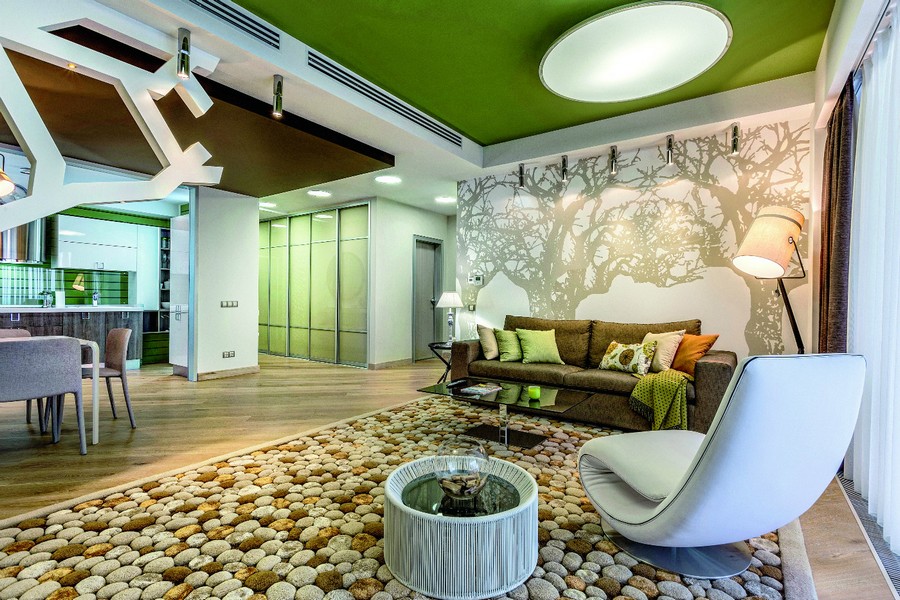 The background of the lounge zone is formed by a wall mural with tree images. Whereas stylized tree branches in the dining zone just hint at a living tree, this group of tree outlines in smoky gray shades is perceived as an unobtrusive image appearing in the morning fog.

And brown sofa upholstery and a “pebble” carpet complement the associative series. The “pebbles” are actually a preamble of the sea view opening from the lounge window. This huge carpet is made of natural wool. It’s 100% handmade and took three months to complete. Each “pebble” was sheared individually! It not only matches the naturalistic mood of the space, but also gives a great foot massage effect. 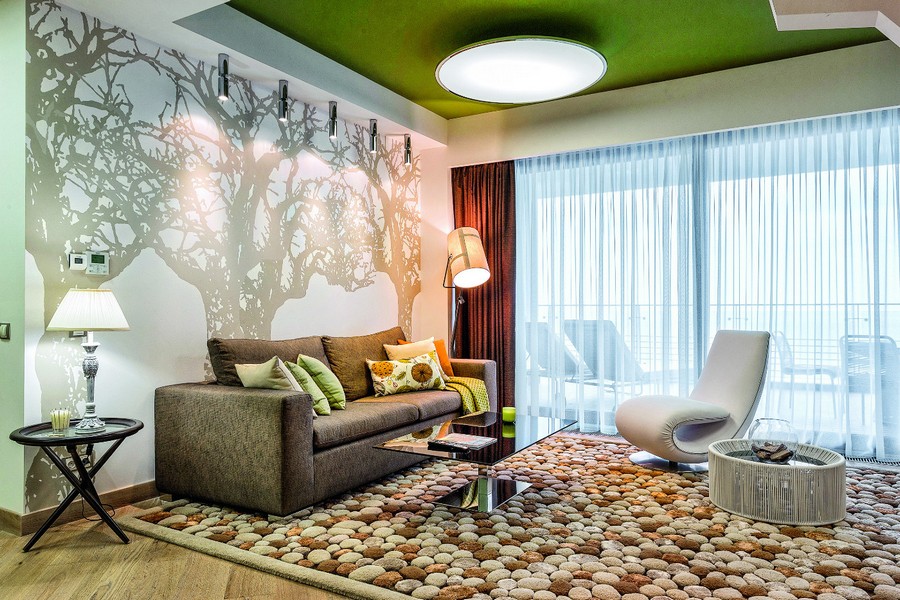 The furniture in the lounge zone is arranged with sunlight coming from the window in mind – it had to introduce as much light into the space as possible. An airy composition in the TV zone is composed of cubical cabinets with 3D doors.

And the lighting in this zone deserves a special mention. Big matte ceiling fittings built into a relatively low ceiling set the unusual rhythm and seem to lift the upper surface visually. Austere chromed cylindrical lamps behind the sofa put an accent on the wall mural and do not draw over the attention. And there are also a table and floor lamps envisaged for changing the scenarios. 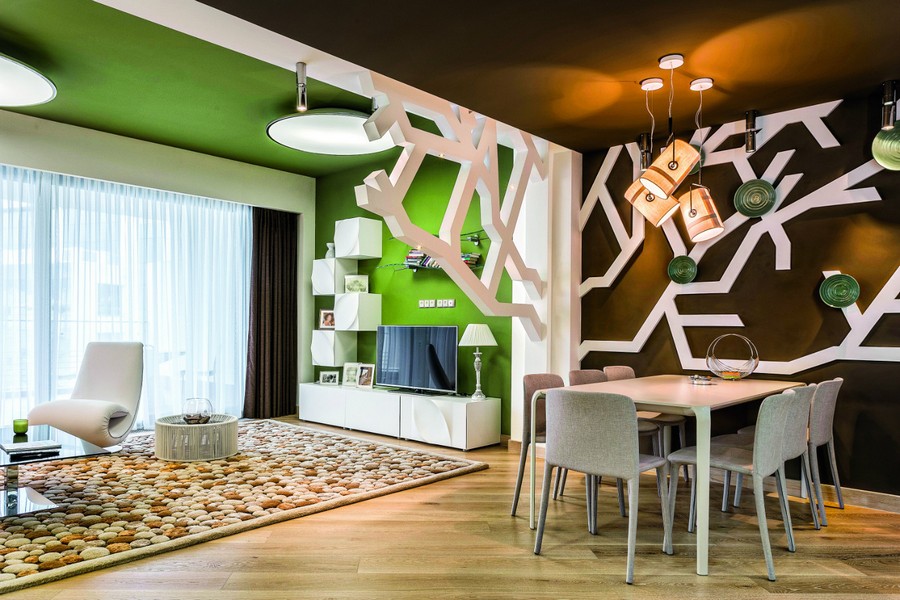 A sliding door in the lounge takes you to a loggia, which is designed for enjoying splendid views and visual contrasts. To isolate the rooms, one can draw dense curtains. A round table is ideal for tea parties and more complex meals. And chaise lounges ensure total relaxation. 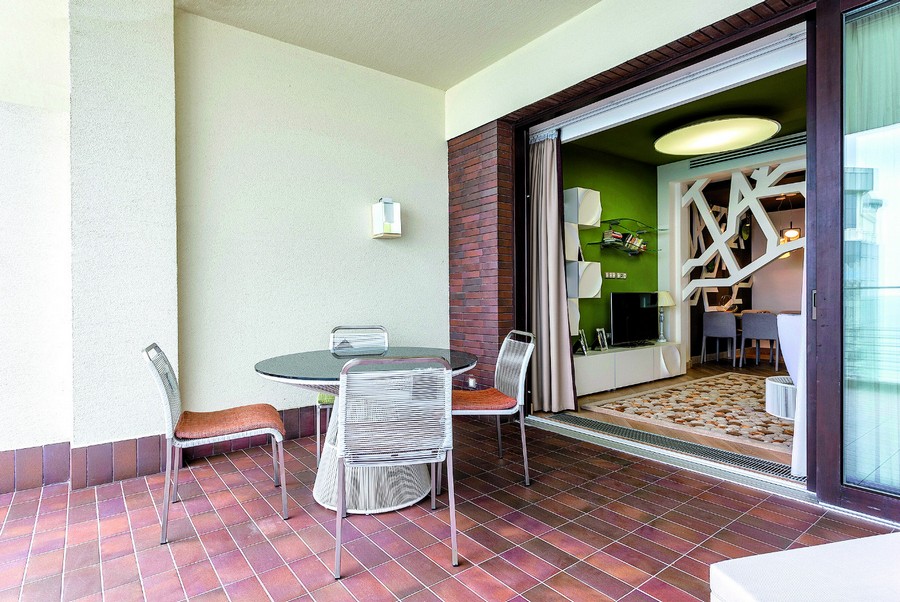 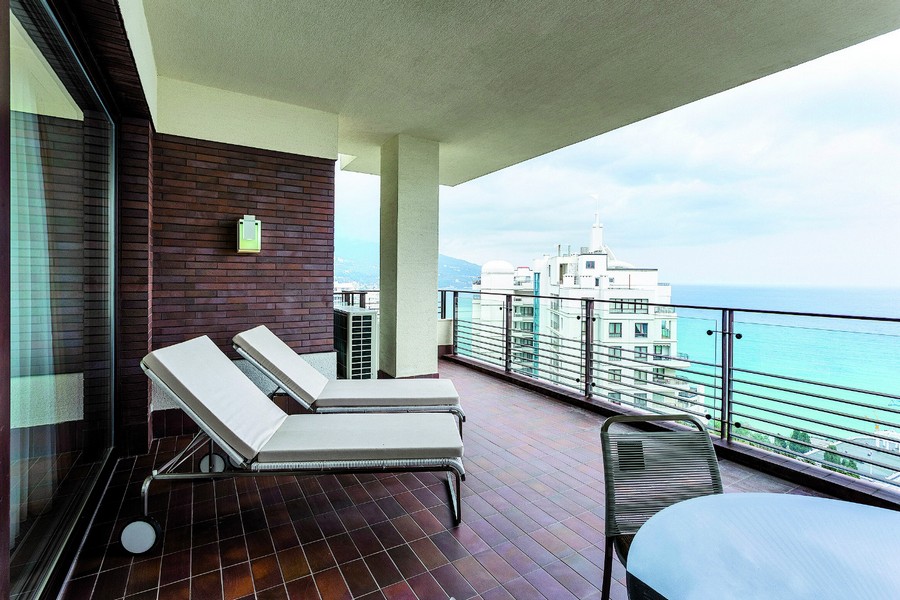 The bedroom has a slightly different color palette as compared to the open-concept kitchen and living room. Though the summer-garden theme doesn’t stop with it. Here it’s represented in warm multicolored waves behind the headboard. According to the author’s idea it conjures up images of versatile color hues of the sunrise and sunset sky. Being a very active element, the waves are delicately softened by snow-white planks, vertical lines of which make the ceiling appear higher. 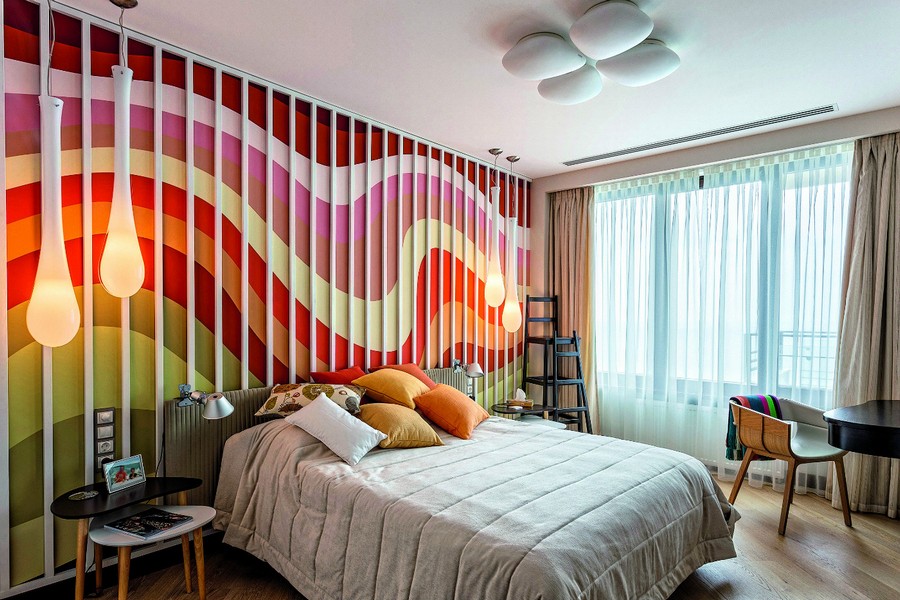 One more hint at naturalistic concept is a couple of pebble-shaped bedside tables. And a headboard, a console and a shelving unit upholstered with corded fabric bring some warmth and hominess to the atmosphere.

Primarily it was planned that a wall recess opposite the bed will be meant for a TV-set, but later the masters decided to replace it with a picturesque bespoke painting. 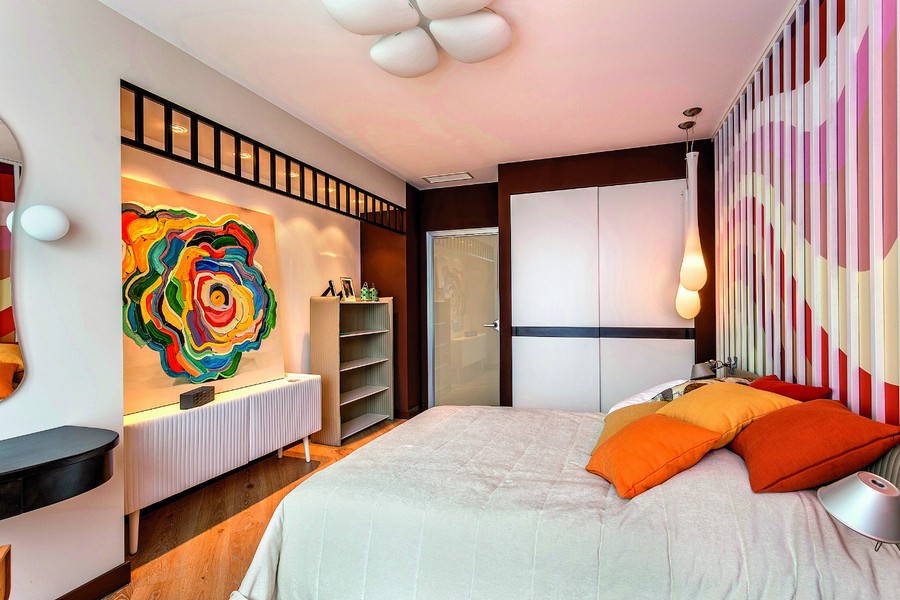 The only room that has no coloristic links to the rest of the apartment is the bathroom. Thanks to suspended furnishing, plenty of glossy surfaces and contrasting ornaments of floor tiles and wall tiles in the shower cabin, it looks more spacious and airy than it really is. 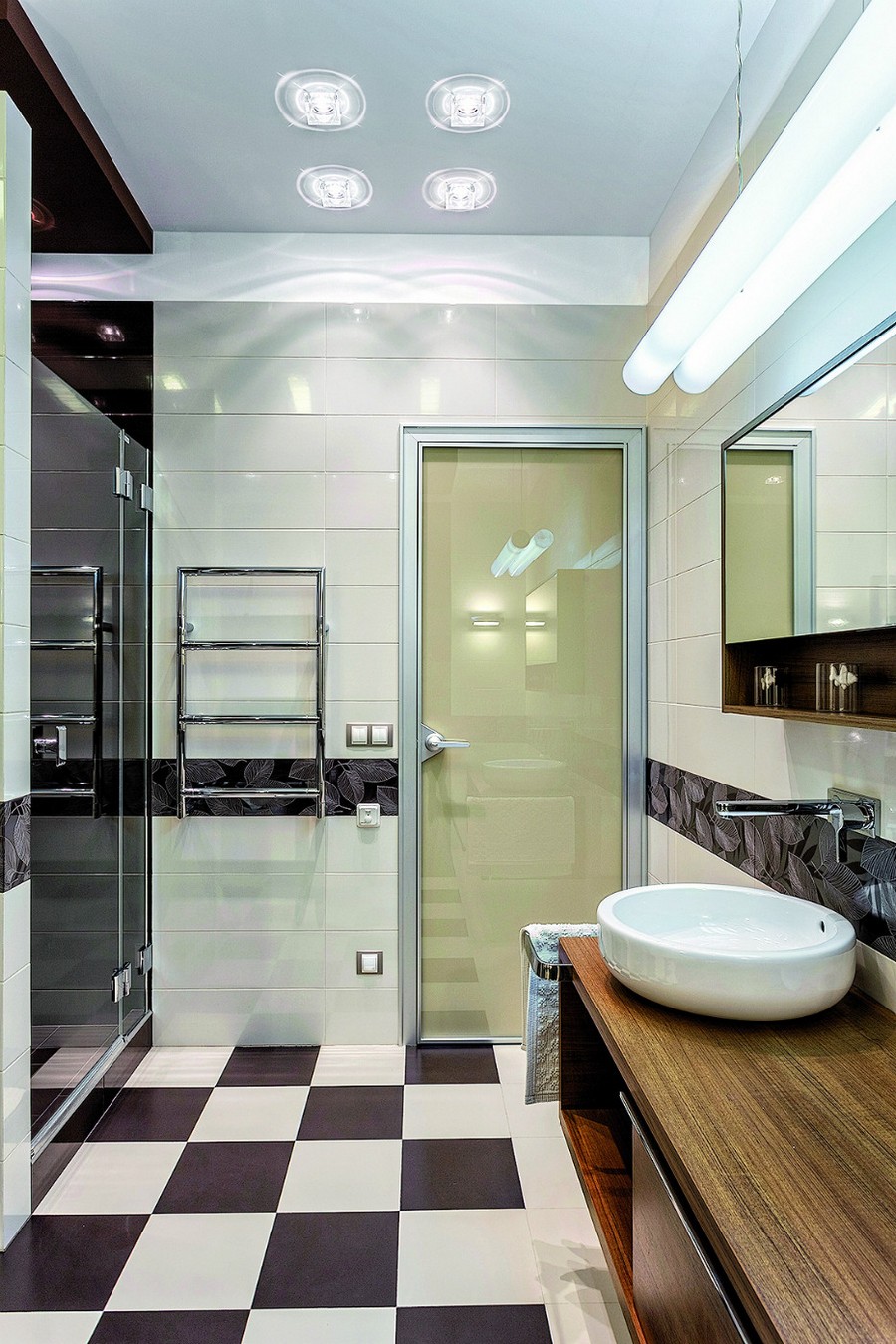