Maybe we will not make a mistake by saying that this iconic chair model is the very starting point from which a great number of contemporary designs are stemming. Nowadays architects and designers spend loads of time and effort searching for a simple and laconic shape that will create a three-dimensional piece for sitting without any excessive elements. When Gerrit Rietveld was creating this chair he must have also been pursuing an objective to make an interesting and in every way complex product out of 2.5 crosspieces. And he did it!

“Red and Blue” is one of the most recognizable pieces in the history of furniture design. It was created by a Dutch architect and designer Gerrit Rietveld in 1918, when the latter was just 30 years old, and became the most famous of all his creations. After the author of the chair joined a Dutch artistic movement “De Stijl” (“The Style”), which proclaimed a new style of abstract art known as “neoplasticism”, Red and Blue became the embodiment of this concept. It literally incorporated all the must-haves of neoplasticism: primary color scheme, austere geometrical shapes as the basis for the composition and combination of strict horizontals and verticals that were deemed inherently harmonious.

As opposed to constructivism, which was based on engineers’ and designers’ technical perception of the world, neoplasticism was rooted on a complicated philosophical system, which implied that everything on Earth is shaped by two fundamental contraries: “the horizontal line of power, that is the course of the earth around the sun and the vertical, profoundly spatial movement of rays that originates in the centre of the sun”. This doctrine was suggested by a Dutch theosophist Schoenmackers and became kind of a motto for De Stijl movement and neoplasticism style followers in particular.

The chair is composed of wooden bars and plates with rectangular cross-sections painted in “primary” colors: red, yellow, blue and black. These are the same colors that one more prominent De Stijl member, Piet Mondriaan, used in his pictures. 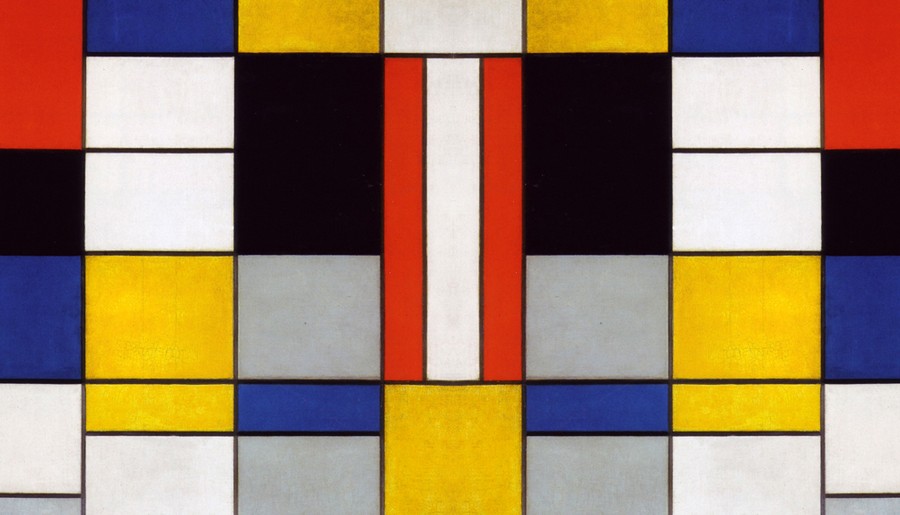 Rietveld’s idea about the key functions of furniture was that it should keep contemporary people on their toes, change their way of thinking and lifestyles via their living conditions – modest, but well-thought-out and functional.

In 1971 the heirs of Gerrit Rietveld have granted their copyright for Red and Blue exclusively to Cassina, an Italian furniture mill. So, since 1972 and to this day this famous chair is produced within this factory’s collection of iconic designs named “Cassina I Maestri”. As for the genuine copy, it was sold at Christie’s auction in Amsterdam in 2007 for 264,000 Euro.

Today’s Red and Blue is a lounge chair composed of a black stained beech frame a blue seat and a red back in multiplywood.

However Cassina has one more version of this iconic model – with a black frame with small white contrasting elements, green seat and back and a backrest cushion in fabric or leather. Its name is Black Red and Blue, Zeilmaker version, and the history behind it is very interesting.

When the Rietveld heirs and Cassina factory started a research in order to find the origins of the Red and Blue chair, they were surprised to find out that the first prototype of 1918 was absolutely monochrome! It was intentionally made in completely unpainted wood in line with the concept of spatial organization. And it was called just the “Slat Chair”.

Later when Gerrit Rietveld’s design started to gain popularity, the chairs were produced either monochrome or painted in different customized colors, depending on the client’s wishes and his home interior style. Zeilmaker version in black and green that got a new life today was actually a bespoke model made for a school teacher Wicher Zeilmaker.

And only when the author became an active member of De Stijl movement and adapted their philosophy of neoplasticism, the chair changed its colors for “primary”. It was in 1923. And only in the 1950s Rietveld gave it the name we all know now – Red and Blue.

Today’s Red and Blue is a perfect abstract-realist interior sculpture or just an original piece of seating furniture with cushions that make it even more comfortable.