More and more often we hear that the most amazing, fancifully-shaped and sometimes even futuristic designer pieces of furniture have been inspired by the most logical, trivial and natural things. The same is true for the Rising Chair created by a young Dutch designer Robert van Embricqs. 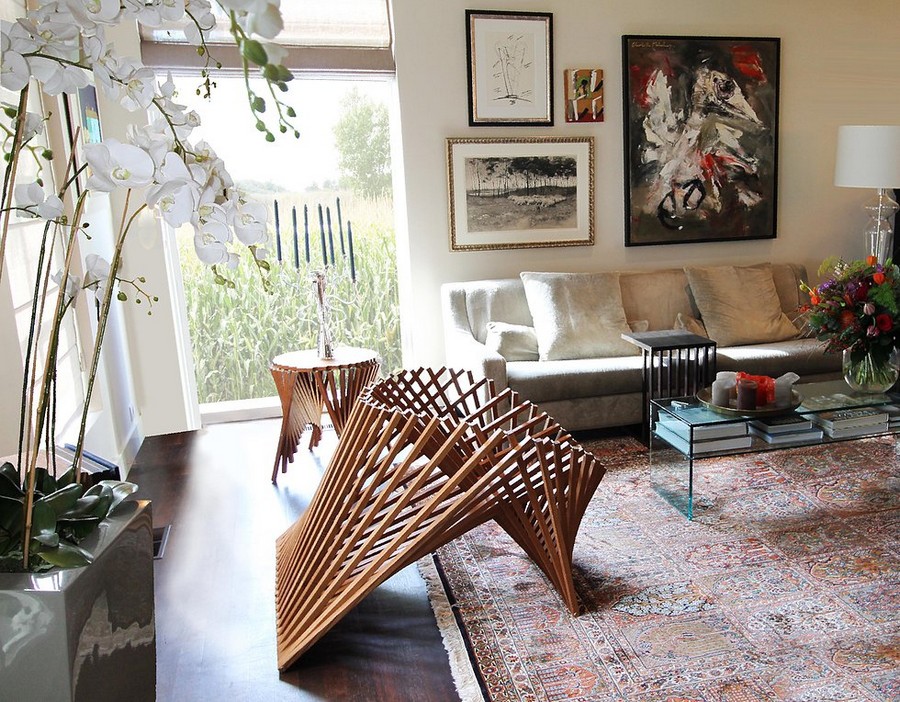 The concept that he drew his inspiration from was the notion of natural transformations, i.e. the processes that take place in nature without onerous human’s participation. His idea was to create an object that can transform itself into some natural shape, and over time he realized that the object he really wants to make is a new kind of chair. And what is the essential part of any chair? It’s a flat surface for sitting on. So, he took a flat wooden surface (what can be more natural than wood?) and came up with an idea to create an incision pattern in it. By making a few cuts, he got beam-like strands of cut surface that could be pulled up. Step by step these “beams” revealed a preliminary frame of any customary chair composed of a seat, a back and legs. At this stage Robert had no clear idea of what kind of shape the chair would take in the end. And the result appeared to be what he wanted it to be: thanks to a latticework of seemingly random wooden “beams” that merge to create various arches, the Rising Chair got its recognizable and distinctive organic shape. 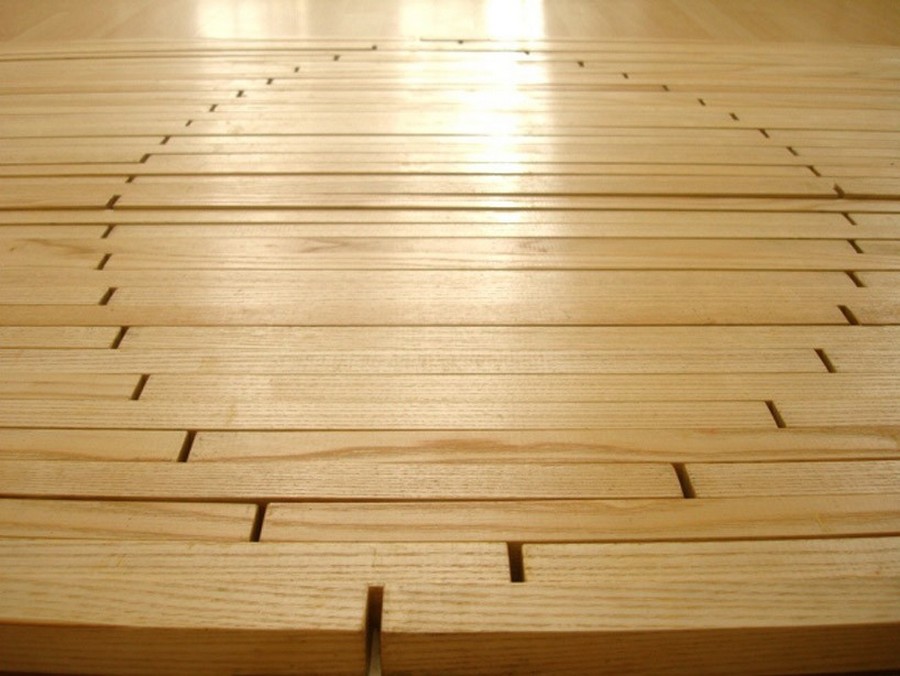 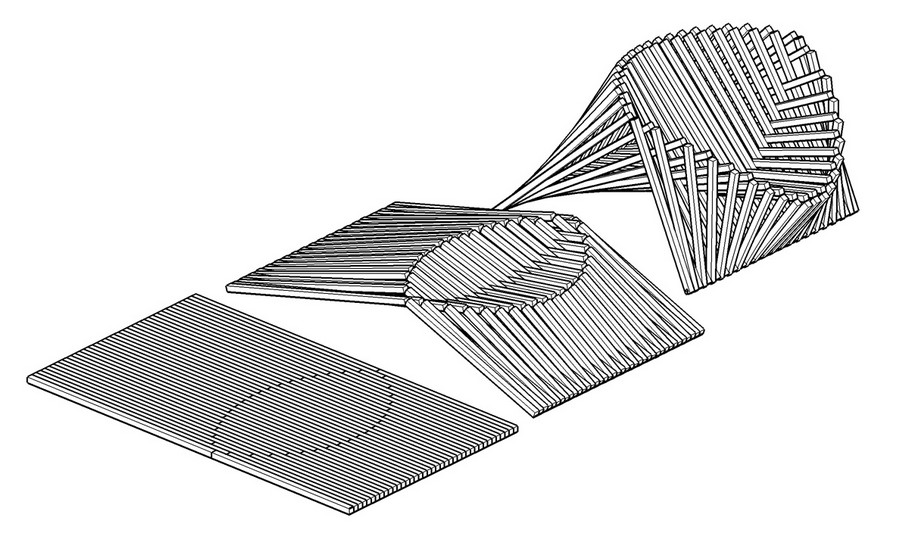 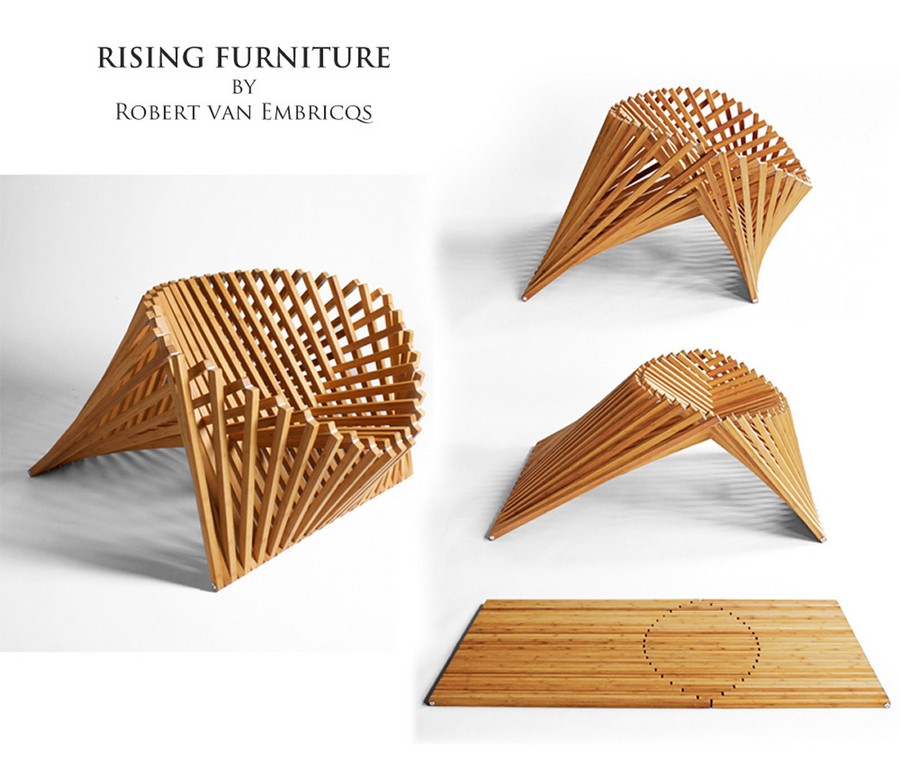 Fortunately, the author wouldn’t stop with just a chair, and worked the entire collection of Rising Furniture for home including coffee and side tables, a stool, a shell and a light fixture. All of these pieces are united by a common idea of transforming a piece of a flat surface into a piece of stylish furniture. 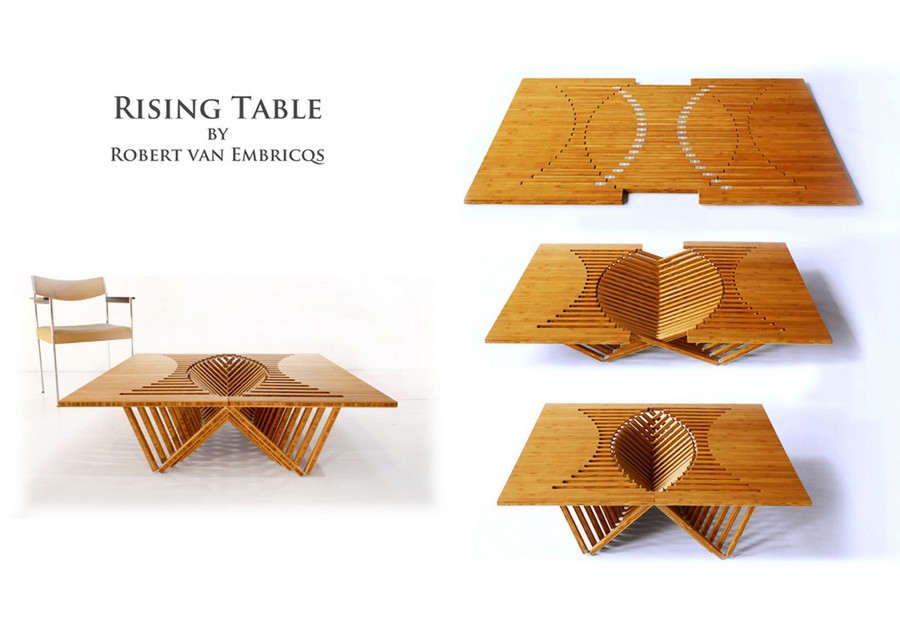 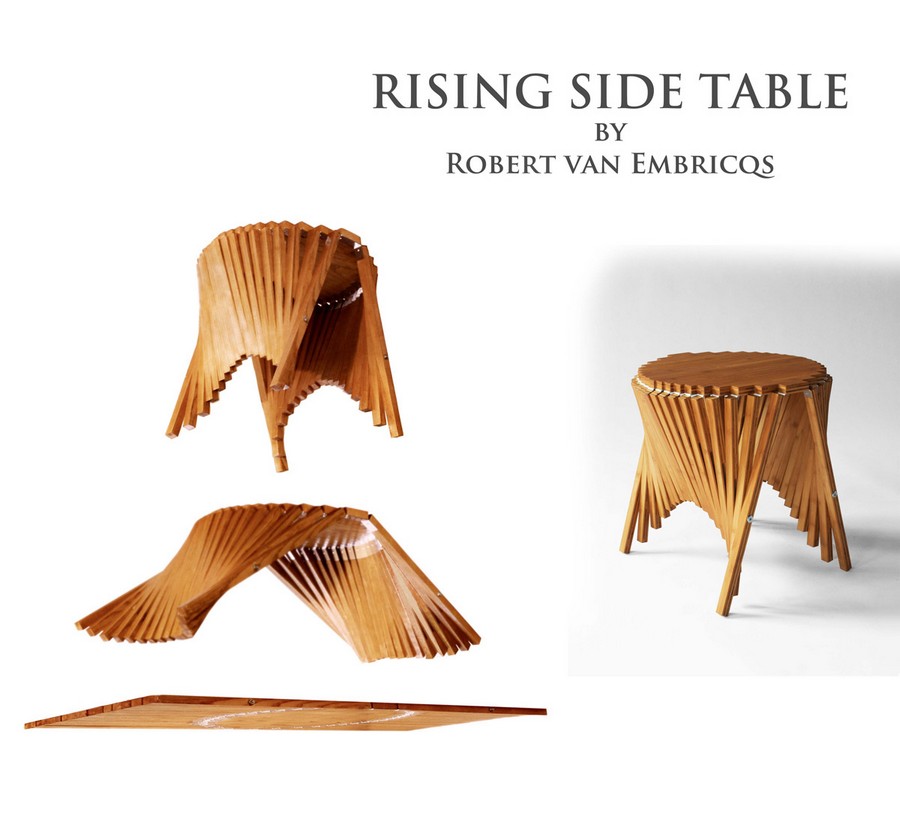 The Rising Chair has taken part in many international exhibitions and trade fairs. Besides, it won a Red Dot design award and a jury-and-audience prize in WoodChallenge in 2011. Very soon, from the 4th to the 25th of April, the Rising Chair will be exhibited at the large 20th anniversary exhibition of SaloneSatellite in Milan. 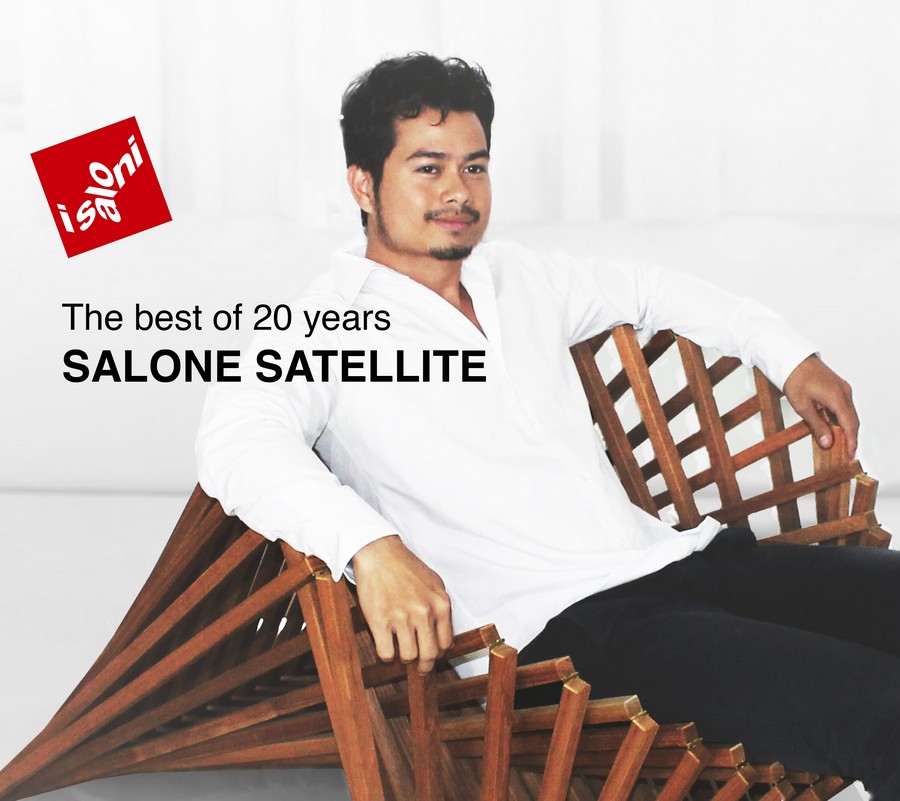 SaloneSatellite exhibition was established back in 1998 as a part of Salone del Mobile, Milano. This was the first international event intended to support young designers and immediately turned into a valuable platform for communication between manufacturers, talent seekers and rising design stars aged under 35. It’s a unique chance for young designers to show their potential, expertise and passion for their jobs, to contact the world’s leading furniture manufacturers directly and get feedback from the best professionals of the industry.

The Rising Chair will be exhibited within the above-mention dates from 10 a.m. to 7 p.m. daily at Fabbrica del Vapore located at via Procaccini 4, Milano.

And here is a video that will give you the most comprehensive idea of what Rising Furniture by Robert van Embricqs is: