Miracle Tree “Growing” in the Long-Term Care Centre in Canada

Elisabeth Picard, an artist from Montreal, the second biggest city of Canada, created a whole series of artworks for the new East Angus CHSLD in Quebec. This centre was created for long-term care about the elderly. But besides housing its residents, the facility takes care about their health improvement, leisure activities and even religious aspects of their lives. That is why it doesn’t seem surprising that this place needed a welcoming installation in the lobby, which would comfort its visitors and embody the concept of protection – the key mission of the centre. 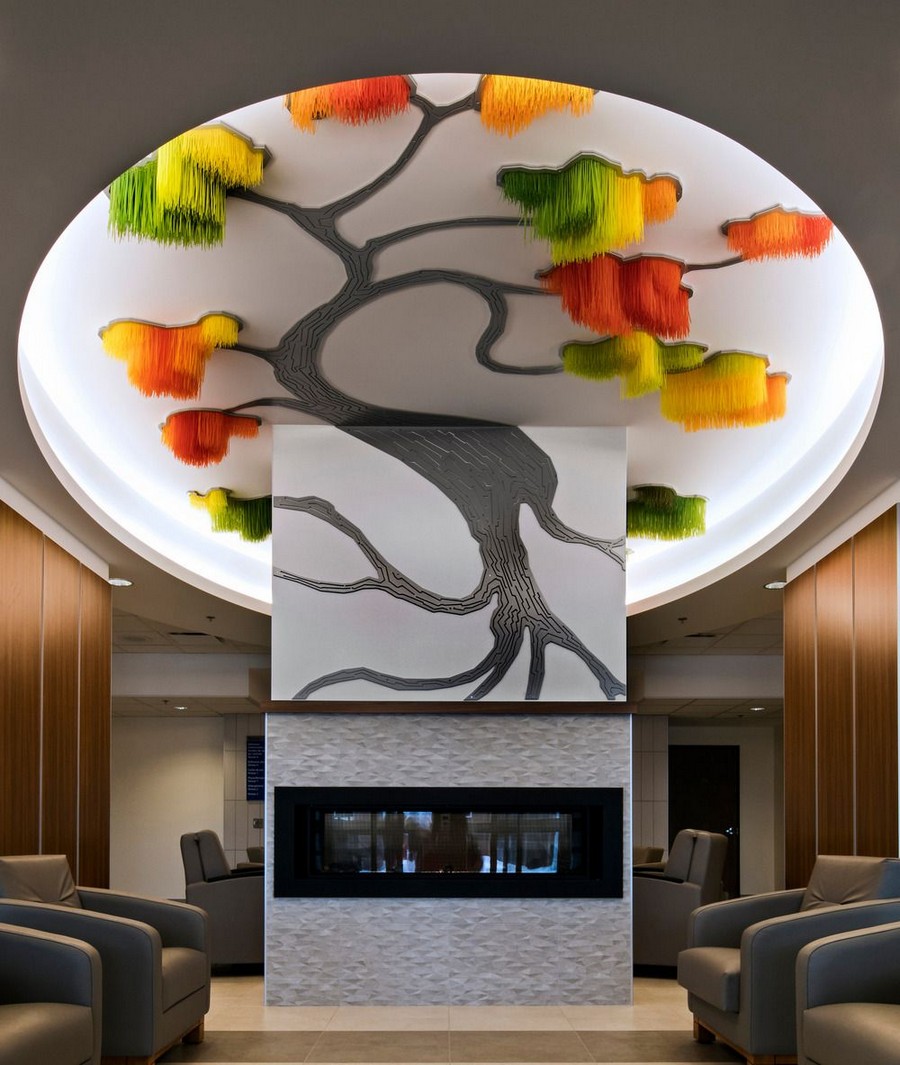 The series of artworks created by Elisabeth has a mysterious name – “Sous le grand arbre: racine, feuille et fleur”, which stands for “Under a big tree: roots, leaves and flowers”. Though the installation’s elements can be found on four floors of the building, its major part is located in the lobby. It stems from the fireplace in the middle of the space and gradually moves to the ceiling.

What do you suppose it is made from? From plastic bands, aluminum and LED lights. Amazingly, these non-natural materials look so naturalistic that it’s hard to resist a desire to have a rest in the shade of this tree. 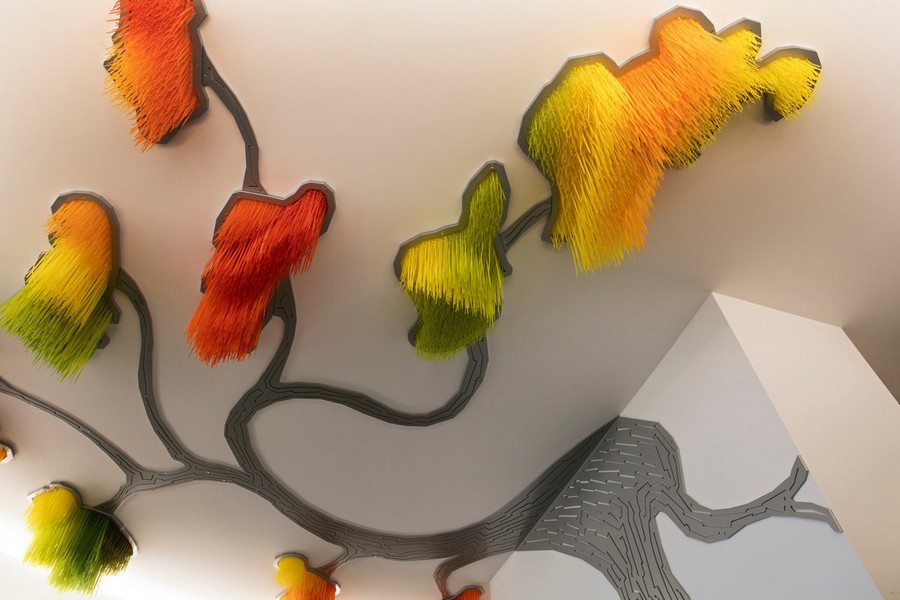 But the big tree has one more meaning: it’s a metaphor for the life’s journey. It’s aimed at reminding the personnel of the centre about their responsible and wonderful mission.

And finally, the tree has one more symbolic meaning – it’s a tribute to genuine trees, which gave rise to the development of pulp and paper industry that means much for this municipality. 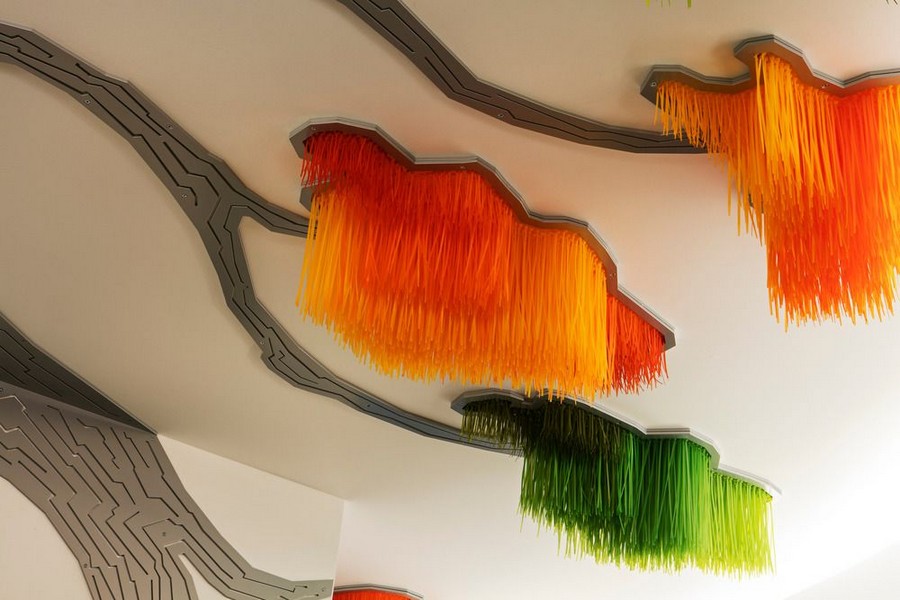 Another three parts of this peculiar “sculpture” – a root, a leaf and a flower – found their places on other three floors of the building. As well as the biggest part of the tree in the lobby, these elements are made from multicolor bands, very competently combined and arranged to form soft gradients. Beautiful hues of Indian summer and the deep sense of the artwork per se became the centerpiece of the centre and the pride of Quebec. 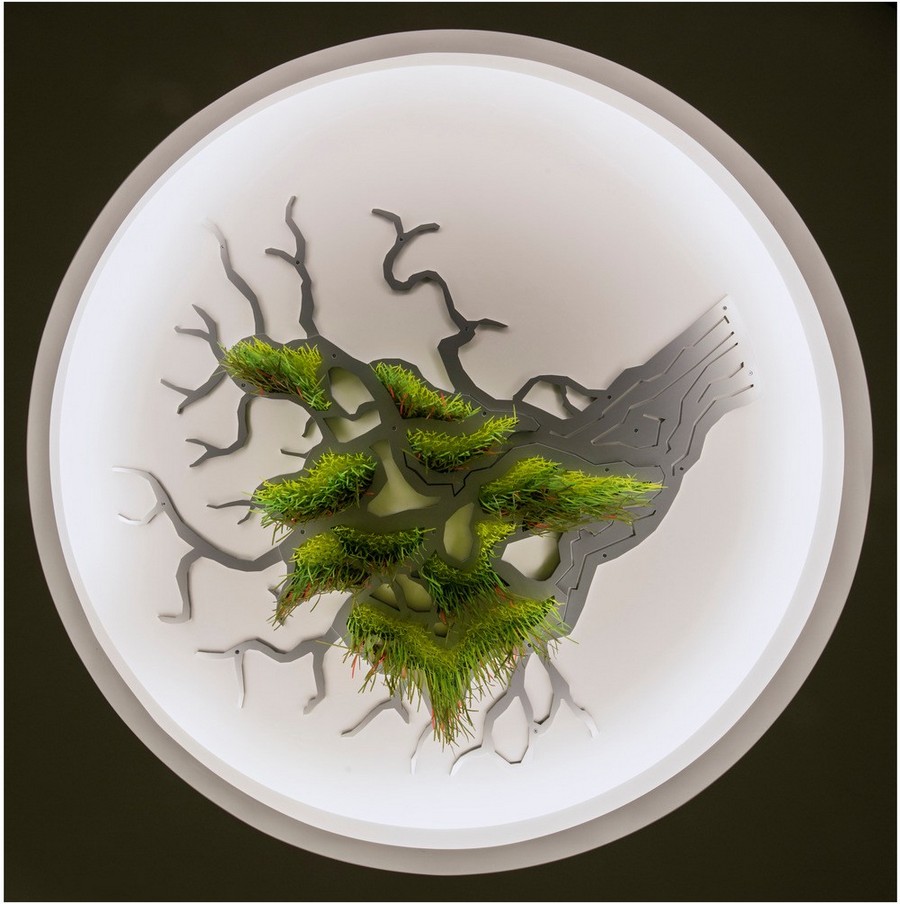 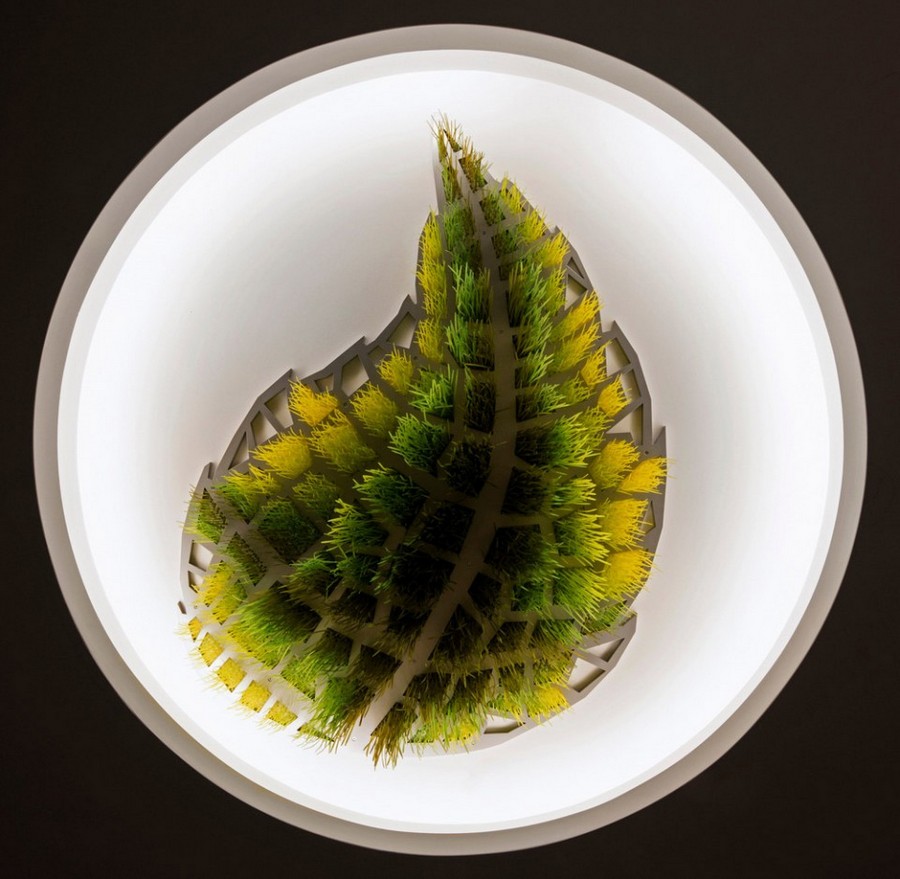 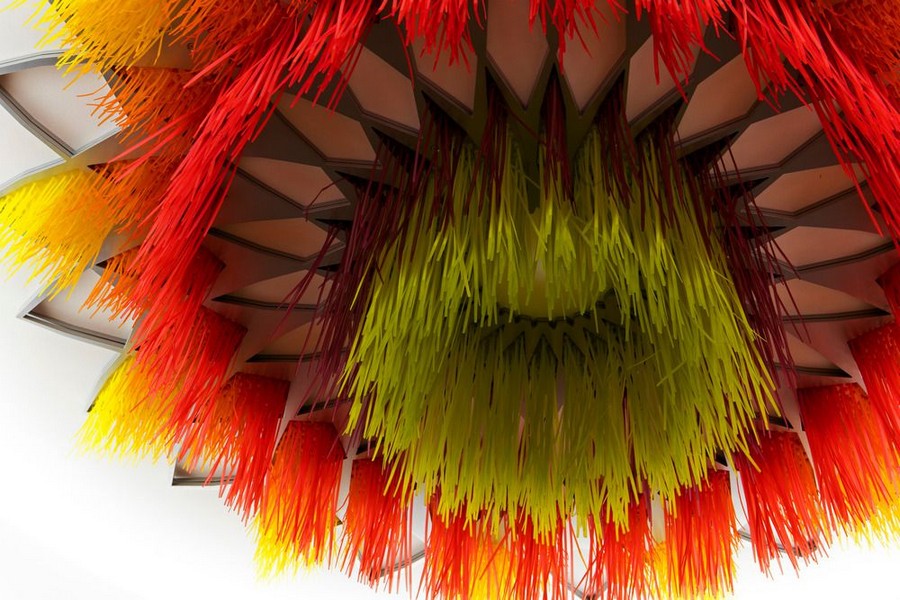